Accessibility links
The Equation That Blew Up The Cosmos : 13.7: Cosmos And Culture As Albert Einstein's theory of general relativity turns 100, the scientist would surely be pleased with the revolution he started, a source of wonder and inspiration for all, says Marcelo Gleiser.

The Equation That Blew Up The Cosmos

The Equation That Blew Up The Cosmos 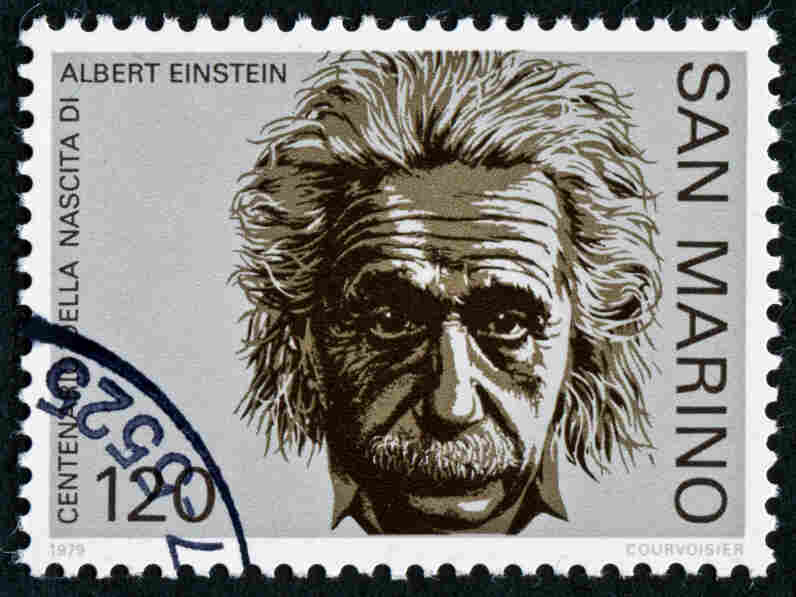 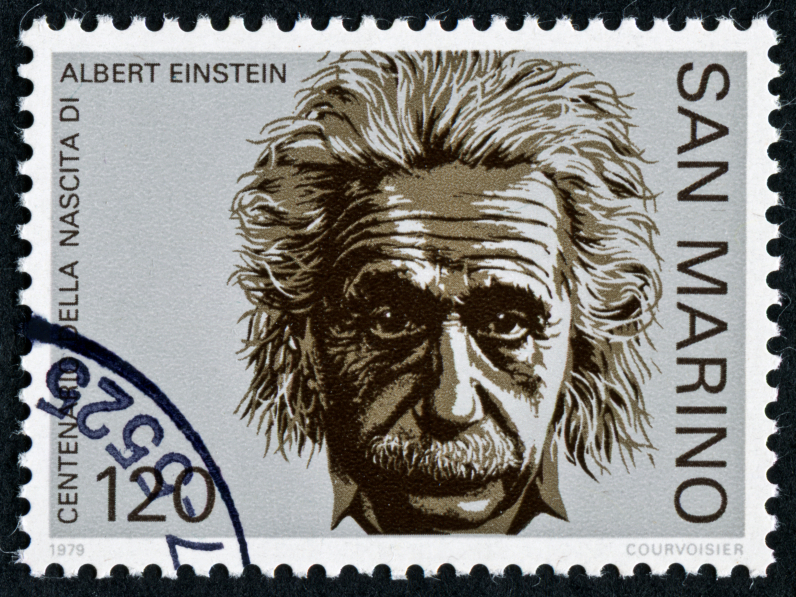 On this very day 100 years ago, while Europe was buried deep in the darkness of the Great War, Albert Einstein wrote down the equation that changed forever the way we understand space, time and matter.

To a large extent, the equation also changed the way we understand ourselves, as suddenly, from its folded mathematical convolutions, the universe itself became a dynamic, evolving entity, endowed with a history. Within this history, the birth and death of stars, and the creation of the chemical elements and their gathering into complex compounds in nascent planets, became a persistent feature. Life unfolded here, as it could have elsewhere, as part of this grand cosmic drama of which we are integral players. Big Bang, black holes, warped spacetime, wormholes, time machines, even our GPS devices all depend in some way on Einstein's remarkable creation, a new way to describe gravity.

I can't resist writing the equation down: Rmn - ½ gmnR = 8pG Tmn. The reader no doubt recognizes the equal sign that separates the two sides. The arcane-looking symbols on the left describe the geometry of space and the flow of time; the Tmn on the right describes how energy and matter are distributed in space, whether moving or not. (G is the gravitational constant that already appeared in Newton's theory of gravity from 1686.) In other words, the equation relates the geometry of space and the flow of time — now malleable quantities, amenable to distortions — to the distribution of matter in space. As the great physicist John Archibald Wheeler once wrote, matter tells space how to curve and space tells matter how to move. This is the essence of Einstein's theory of general relativity, a theory that many physicists consider the most beautiful ever conceived.

Einstein was convinced his theory was correct even before it was tested. A journalist asked him what he would do if the theory was wrong. His reply became famous: "Then I would feel sorry for the good Lord. The theory is correct."

Fortunately for the good Lord and for Einstein, the theory is correct. Einstein's amazing predictions from the theory were verified to high accuracy: light from distant stars is bent as it passes nearby other stars on its way to Earth; time slows down in strong gravitational fields; Mercury's orbit slowly precesses like a wobbling top due to its proximity to the sun. In other words, a large gathering of matter (and hence energy due to the E=mc2 formula, another one of Einstein's creations, this one from 110 years ago) bends the geometry of space and affects the flow of time in measurable ways.

Einstein would no doubt be happy to know that his theory is not complete. As we celebrate 100 years of general relativity around the world, many questions remain open, questions that would no doubt astound Einstein.

For example, if we apply his theory to the universe, it predicts, as we go back toward the beginning of time, that space contracts to a point with zero volume and infinite energy. Clearly, such an absurd situation can't be how the universe began its history. When an otherwise robust theory displays such "singularities," we know something is wrong. What's wrong here is that we cannot apply Einstein's theory of gravity very close to the beginning of time, aka the Big Bang. Something else is needed, presumably a theory that is not afraid to face small distances, such as the quantum theory that describes the behavior of atoms and subatomic particles. But we still don't know how to handle this marriage of the quantum and Einstein's relativity.

In 1998, another cosmic mystery surfaced with the discovery that the universe is not just expanding but it does so at an accelerated clip. This phase apparently started some 5 billion years ago or so, for reasons that remain obscure. The amazing thing is that something like 70 percent of the stuff that fills the cosmos is working to feed this cosmic acceleration — and we have no clue what this stuff, called dark energy, is. Some claim it's a new field with bizarre properties; others claim Einstein's theory needs editing and it can't be the final word.

In the best possible way, Einstein's beautiful theory leads to beautiful experiments that test its validity — and to beautiful models that try to extend its validity into realms far removed from current experiments. Newton's theory inspired magnificent work on celestial dynamics that has been feeding the imagination of physicists and mathematicians for more than 300 years. We now live under Einstein's spell, in the bizarre cosmos that emerged from his theory. We are only beginning to explore all that is hidden within those arcane symbols.

Einstein, who disliked black holes, would be aghast if he knew that practically every galaxy has a giant one in its center. But he would surely be very pleased with the revolution he started, a source of wonder and inspiration for this generation and many more to come.