Accessibility links
Why Cancer Is 'Gone' Discourse Doesn't Help Cancer Patients : 13.7: Cosmos And Culture Media have reported that the cancer Jimmy Carter has been fighting is "gone." While it's wonderful that he has no detectable cancer in his body, the language used is important, says Barbara J. King. 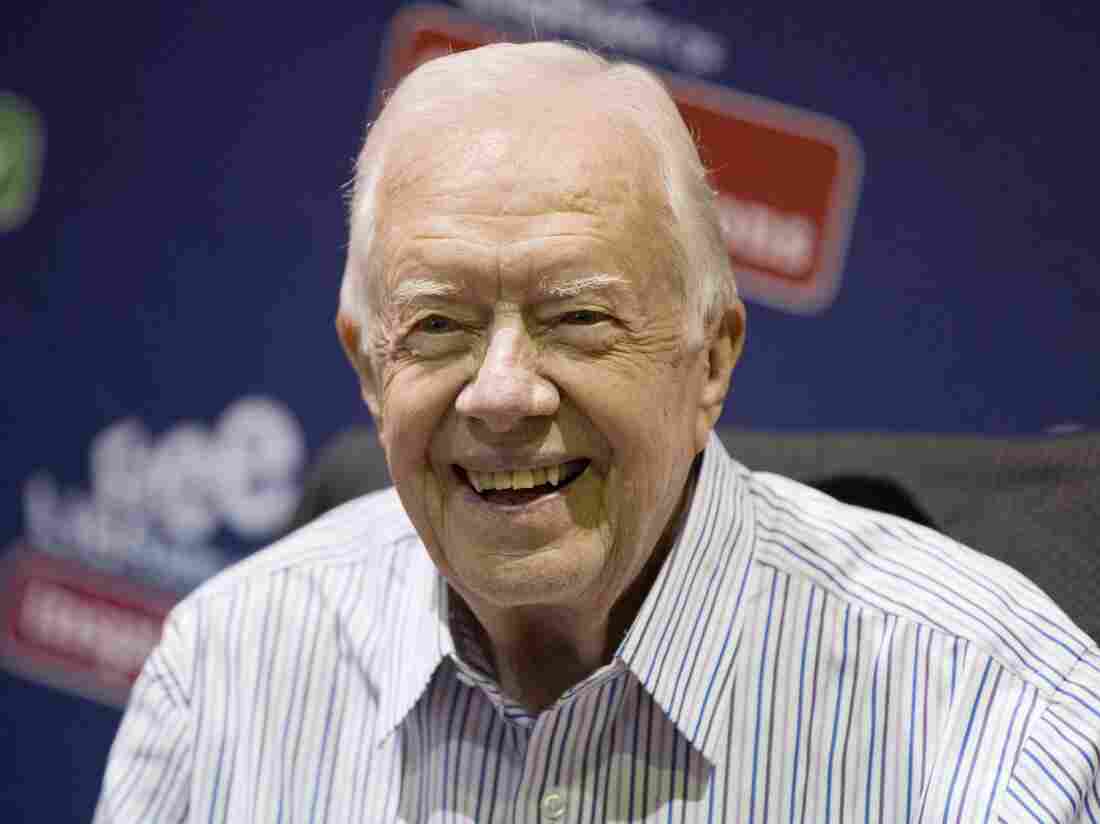 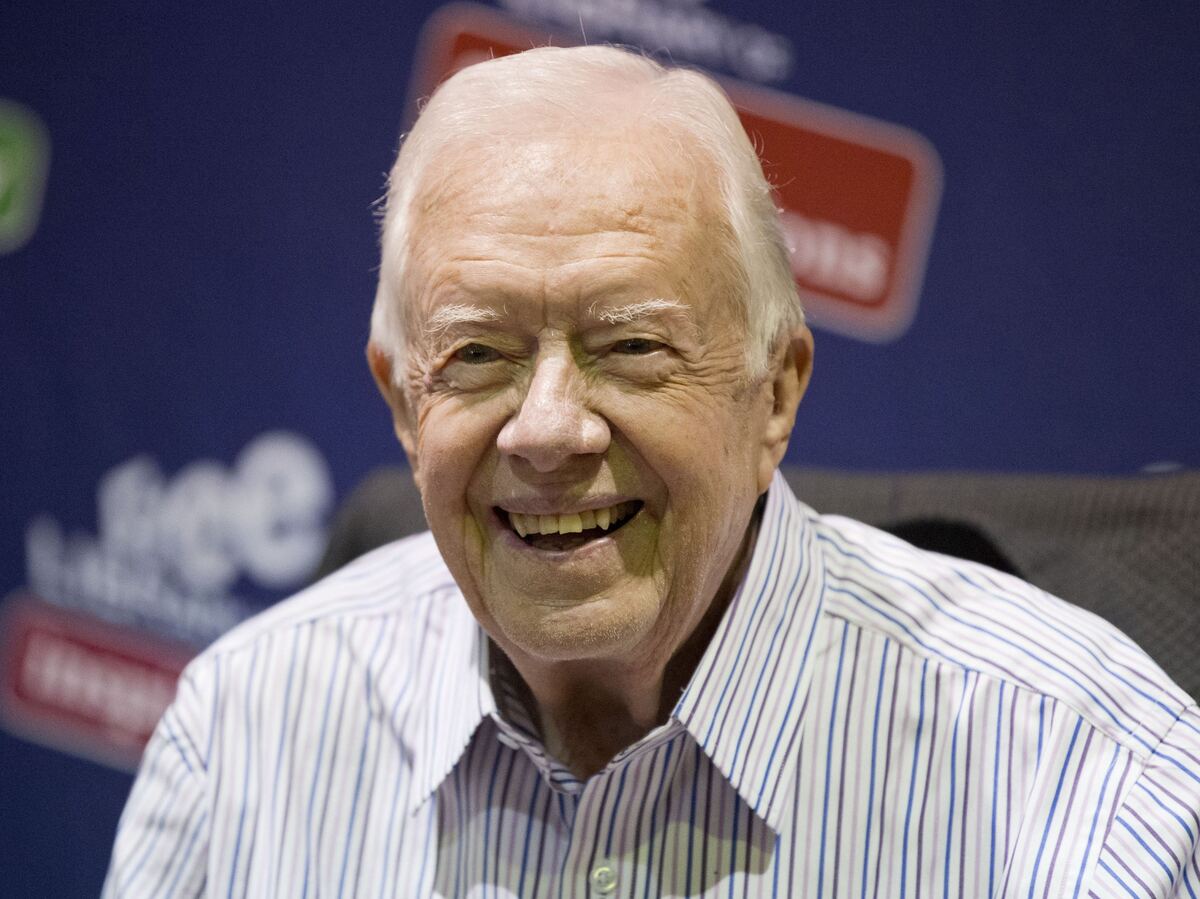 Many media began to report on Sunday that former president Jimmy Carter had informed his church in Plains, Georgia, that his cancer is now gone.

Immediately, I felt joy and dismay in equal parts.

The joy is easy to explain. Carter is undergoing radiation and immune-based drug treatment for metastatic melanoma at Emory University's Winship Cancer Institute. He announced back in August that in addition to a tumor in his liver, malignancies had been detected in his brain.

The news that Carter's most recent MRI scan shows that he has no detectable cancer is splendid. As the Washington Post reports, pembrolizumab or Keytruda, the expensive drug Carter is receiving, does in some melanoma patients lead to sustained positive responses.

Why, then, the dismay? It's that celebratory responses built around Carter's cancer being "gone" are in real danger of swamping an accurate understanding of cancer biology and of what many patients experience as they cope with cancer or cancer recovery.

Carter, himself, does not use the word "gone" in the short video filmed in his church that accompanies the Post article.

My primary point here is the idea that Carter's cancer is "gone" is out there now, even in international headlines.

Based on my reading and my personal experience, I can't imagine that any oncologist would suggest that cancer of a patient under active treatment is gone or has disappeared. I did reach out to Emory directly but they were not able to comment. In Sunday's Atlanta Journal Constitution announcement of the news, a physician clarified the situation:

While the scans of Carter's brain and liver show no signs of the disease, cancerous cells could still be in his bloodstream, said Lichtenfeld. Still, he said, the news is encouraging for Carter.

In the same piece, Carter's grandson James Carter is quoted:

James Carter gets the cancer language almost right — "there's no detectable cancer in his body at this point" would have been better — but then goes on to imply that Carter fought off the melanoma because he's superhuman. As understandable as this testimonial is, offered from a loving grandson, it's exactly the kind of language that's harmful to cancer patients.

Those of us who become cancer survivors don't live on because we fought bravely; those of us who die from cancer don't perish because we didn't fight bravely enough. Lisa Bonchek Adams, who died in March from metastatic breast cancer, expressed this beautifully in her poem "When I Die."

What happens to cancer patients depends on a complex choreography among the type and stage of our cancers, our general state of health, and the resources available to and affordable by us for treatment.

In May 2013, I was diagnosed with an aggressive gynecological cancer called papillary serous carcinoma that accounts for only 5 percent of all endometrial cancers. For the next eight months, I tumbled from one unexpected experience to the next: a radical hysterectomy orchestrated by a brilliant surgeon-robot team; minor surgery to implant a port in my chest to make delivery of chemotherapy drugs easier; three rounds of chemo both before and after 28 sessions of radiation (three of which were delivered internally).

Discovered at stage 1, that cancer has shown no sign of recurrence nearly two years after my treatment's finish. I'm still scanned, imaged and invasively examined at regular intervals, to be sure that the chemo and radiation blasted away every last malignant cell. So far, so good. Despite some apparently permanent debilitating side effects, ranging from chemo-induced neuropathy in both feet to a form of radiation enteritis and altered blood-cell counts, I'm incredibly lucky. Each reader of this post probably knows, or perhaps is, a cancer patient who would trade places with me in a heartbeat.

There's every chance that Jimmy Carter will die of very old age and not of metastatic melanoma. We may all hope for this outcome and, at the same time, insist on responsible cancer discourse. We can and should do both.