Accessibility links
In A Solar System Really Close By, 'The Expanse' Comes To TV : 13.7: Cosmos And Culture Star Wars, I will always love you; but right now, I'm way more interested in a solar system close to home — called The Expanse — than in a galaxy far, far away, says astrophysicist Adam Frank.

In A Solar System Really Close By, 'The Expanse' Comes To TV

In A Solar System Really Close By, 'The Expanse' Comes To TV 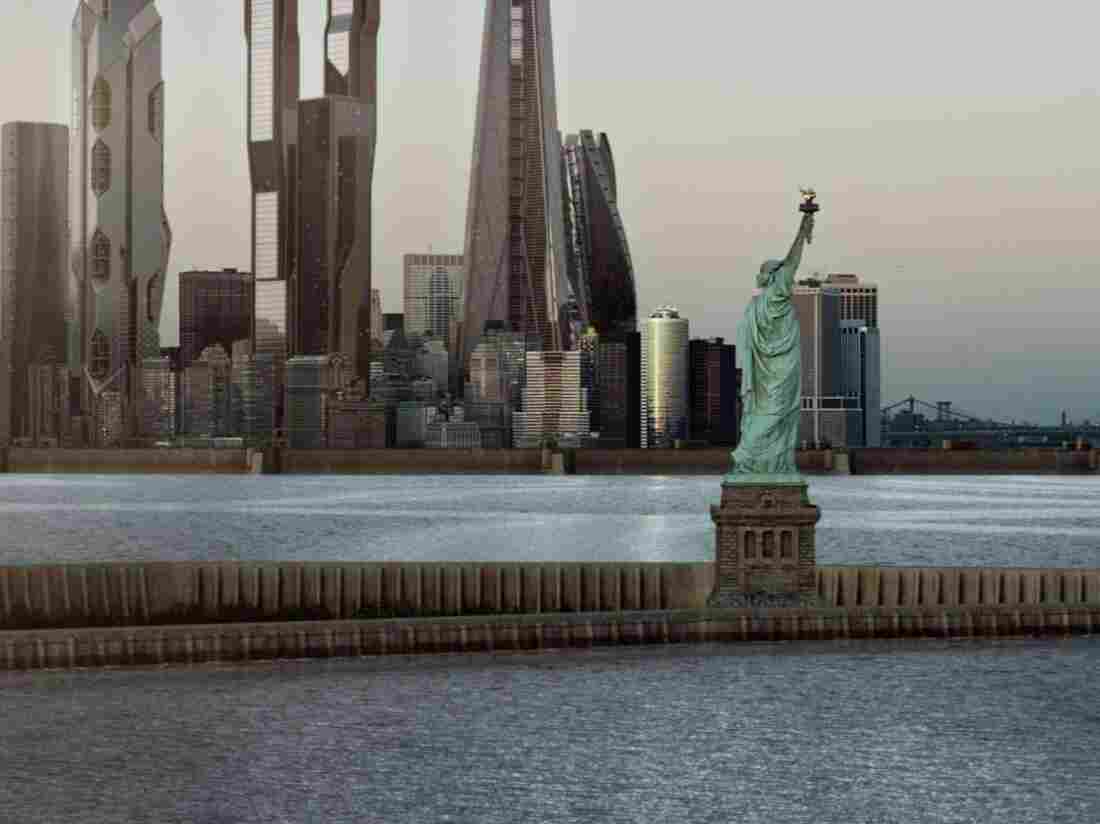 New York City of the future in SyFy's The Expanse. Courtesy of NBCUniversal hide caption 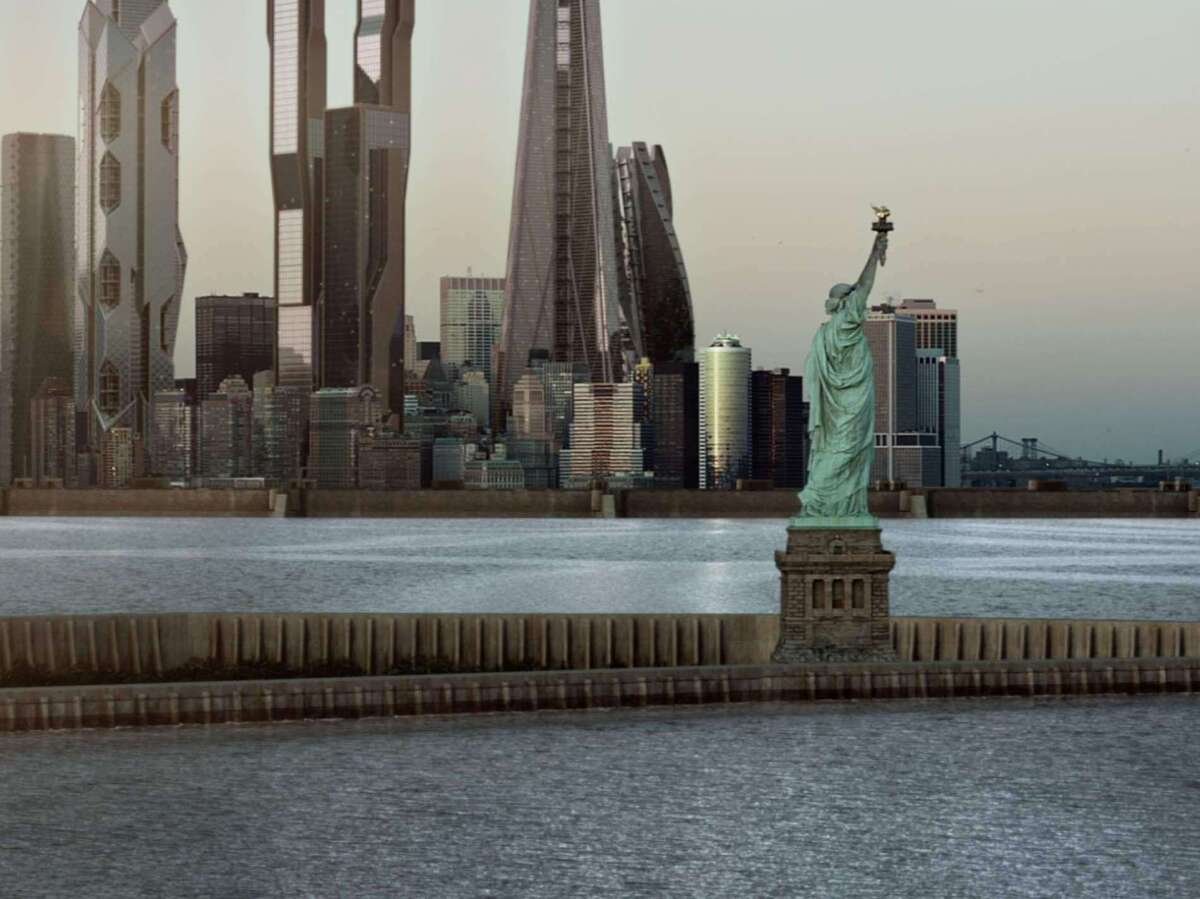 New York City of the future in SyFy's The Expanse.

As we all await the premiere of the new Star Wars movie, I'd like to indulge in a wee bit of heresy. Maybe — just maybe — something far, far better than The Force Awakens is making its appearance Tuesday night.

Now, just hear me out as you prepare the tar and feathers.

When Star Wars premiered back in 1977, I saw it 27 times (yes, 27). But I was a science fiction fan before Star Wars — and I've remained true to the genre's promise ever since.

Most importantly, during the past few years, a new set of stories has appeared that is richer, more thoughtful and more awesome than what's become of the Star Wars franchise. These stories go by the name The Expanse, and tonight SyFy is bringing them to life. That could be a really big deal.

The Expanse is a set of novels written by Daniel Abraham and Ty Franck under the pseudonym James S.A. Corey. The books are set two centuries in the future. Humanity has made it through the climate change bottleneck and managed to expand headlong into the solar system.

This idea — an interplanetary human society — is significant in itself. During the past 20 years, an entire movement has emerged within science fiction focusing on solar system colonization. This new sub-genre recognizes two critical realities. First, interstellar space flight will take centuries at best. That means we won't be building a galactic empire anytime soon. Second, our space technologies are already probing the edges of capabilities that might make a real human presence in the solar system possible. For example, right now there are private space companies building and launching their own rockets (including reusable ones that land upright on their own). In addition, asteroid mining is being taken seriously enough that the U.S. just changed its laws to make it profitable.

That's why, ever since Kim Stanley Robinson's famous Red/Blue/Green Mars series, there's been a string of excellent books thoughtfully exploring the contours of humanity fully inhabiting every nook and cranny the solar system provides.

From a "hard science fiction" perspective, these narratives extend (not too far) the science we understand. They imagine the dynamics of regular interplanetary commerce, spinning up hollowed asteroids for new homes with "gravity" and maintaining rich ecologies within their "closed systems." But there is much more here than just tech. By imagining our expansion into the solar system, these writers also have explored the social experiments each new colony might embody.

The Expanse books begin with these ideas, too, but then they crank the awesome up to 11. 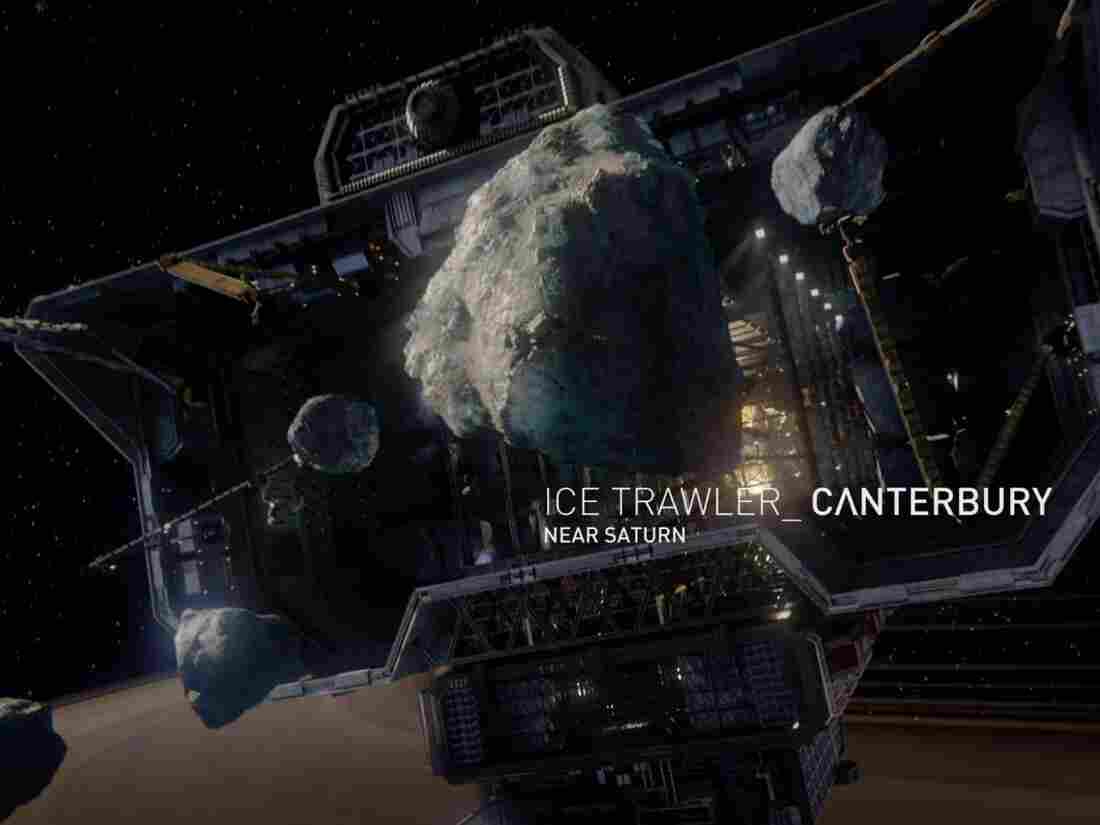 A spaceship from SyFy's The Expanse. Courtesy of NBCUniversal hide caption 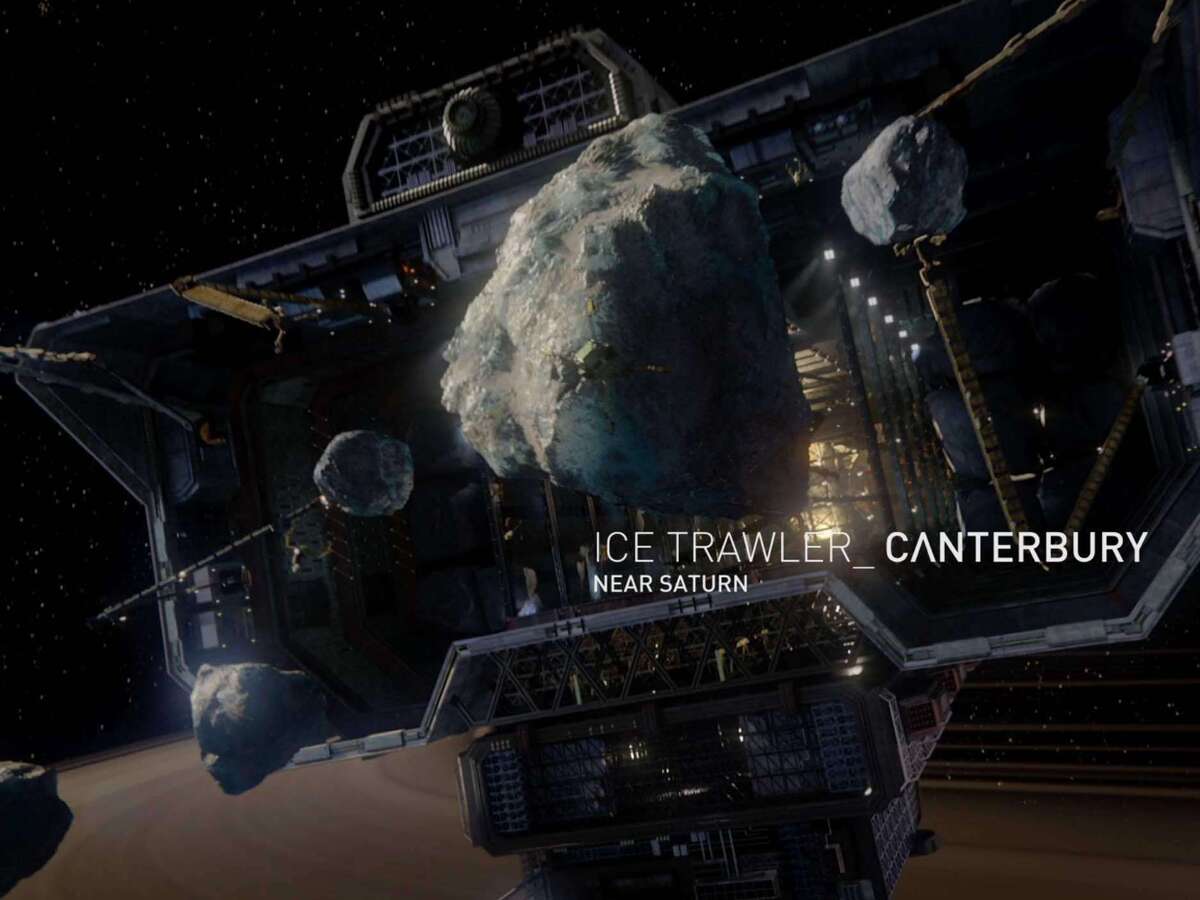 A spaceship from SyFy's The Expanse.

[Note that from this point onward, I am going to have to include some mild spoilers, so be warned.]

The Expanse imagines a solar system divided into three powers. As the only truly habitable world, Earth remains potent but is stressed by a changed climate and a burgeoning population. Mars has a substantial population living in vast subsurface cities. It has also taken hold of the technological edge, building military capacities that challenge humanity's staggered home world. And out where the sunlight fades, the "Belters" — those living beyond Mars — have become an underclass whose labor on ice-mining ships (among other work) supports the solar system's economy. The story opens as tensions between these societies, simmering for decades, are poised to explode into open warfare.

That's when something terrible and terribly unknown enters the story.

I won't say much more because it's from that point on that The Expanse begins mixing horror, adventure and cosmic possibilities, moving deftly from really interesting to really, really fun.

The Expanse is also a story about characters you learn to love and root for. There's Miller, a hard-nosed detective who adds an unexpected (and perfectly executed) noir theme to the story. There's the crew of a "stolen" Martian corvette called the Rocinante (James Holden, Naomi Nagata, Amos Burton and Alex Kamal) who make up the central axis of the story. If you liked Josh Whedon's incomparable Firefly, you're definitely going to want to crew on the Rocinante. There's also an incredibly foul-mouthed U.N. head diplomat who is desperately trying to save humanity from itself. And then there are the Mormons who are building an interplanetary generation ship.

Taken together, it's all just so damned good.

Which brings us around to Tuesday night. A couple of years ago, the SyFy channel wisely decided to bring The Expanse to life. Like everyone else, I was thrilled and very nervous. "Please, oh gods of science fiction," I prayed, "don't let them screw this up."

Well, I am here to tell you that after watching the first episode last week (SyFy released it early), I'm feeling pretty good. It was uneven at times as the writers worked to establish the many elements needed to get going. But, overall, the show runners found the right actors, hit the right marks on "feel" of this new society and nailed the space-opera vistas of a life between the planets.

To be honest, I was kind of giddy.

That means so far, so good. If SyFy can build intelligently on what it has started, then we're in for a hell of a good time. And if SyFy really does it right, we'll have a show that puts Battlestar Galactica to shame and makes Game of Thrones seem quaint.

It could be all that and more.

So, Star Wars, I will always love you. But right now, I'm way more interested in a solar system close to home than in a galaxy far, far away.