Accessibility links
An Unkillable Myth About Atheists : 13.7: Cosmos And Culture The idea that atheists cling to their nonbelief despite a sad loss of meaning in their lives is a tired old myth, says anthropologist and atheist Barbara J. King.

An Unkillable Myth About Atheists

An Unkillable Myth About Atheists 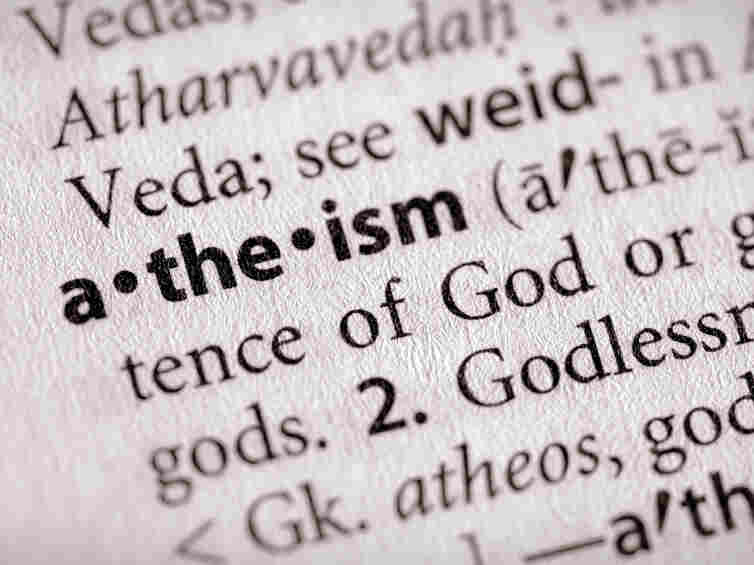 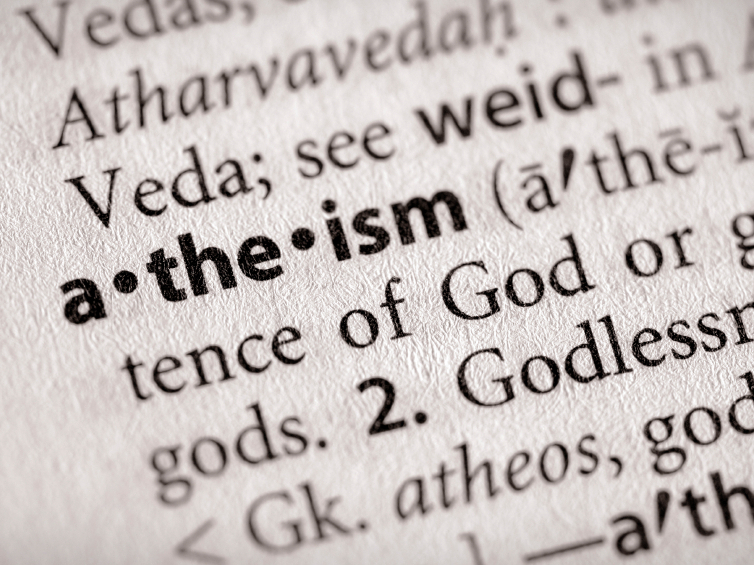 In his new book, The Big Question: Why We Can't Stop Talking About Science, Faith and God, Alister McGrath argues that "we need more than science to satisfy our deep yearnings and intuitions." That something more for McGrath is God, specifically, the Christian God.

As he develops this argument, again and again McGrath characterizes atheists who embrace science but not God as stuck in a place devoid of full understanding or meaning. There's a "richness" in the Christian engagement with nature that atheists miss, for example.

McGrath understands the foundational atheist perspective to be this: "Since science discloses no meaning to the universe, the only reasonable conclusion is that there is no meaning to find."

Here, yet again, is the unkillable myth, the persistent blind spot about atheism that apparently no amount of explaining can make go away. No matter how lucidly atheists explain in books, essays and blog posts that, yes, life can and does for us have meaning without God, the tsunami of claims about atheists' arid existence rolls on and on.

Where does this persistent (is it also willful?) misunderstanding come from?

McGrath offers some quotes from atheists that may seem, at first glance, to support his stance, as in this excerpted passage from The Atheist's Guide to Reality by Alex Rosenberg: "What is the purpose of the universe? There is none. What is the meaning of life? Ditto." Yet, to conclude from these lines that atheists' lives suffer from a lack of meaning amounts to conflating two very different things.

First is the understanding, emergent from evolutionary theory, that neither the universe as a whole, nor we humans within it, have evolved according to some plan of design. Cosmic evolution and human evolution unfold with no guiding hand or specific goals. Most atheists do accept this, I think.

Second is to embrace as a logical next step the idea that our own individual lives have no purpose or meaning. Do you know of any atheists who believe this? I don't.

An anthropological perspective teaches us that we humans are a quintessentially meaning-making species. We create love and kindness (hate and violence, too), and also work that matters. We recognize and protect (or, too often, harm) our sense of connection to other animals, to plants and trees, to all of nature's landscapes. What are those acts if not ones of meaning and purpose?

Another new book, this one published just last week, takes up questions of meaning and purpose. Neurosurgeon Paul Kalanithi's When Breath Becomes Air is a memoir by a physician confronting, at age 36, a diagnosis of stage 4 lung cancer, made all the more poignant because we readers know at the outset that Kalanithi died at age 37, before he could fully complete the book.

Lurking within passages that speak to creating meaning in the face of death — passages beautiful enough to cause me to recommend the book to anyone and everyone — is a version of the unkillable myth. Kalanithi writes:

"To make science the arbiter of metaphysics is to banish not only God from the world but also love, hate, meaning — to consider a world that is self-evidently not the world we live in. That's not to say that if you believe in meaning, you must also believe in God. It is to say, though, that if you believe science provides no basis for God, then you are almost obligated to conclude that science provides no basis for meaning and, therefore, life doesn't have any."

Kalanithi describes the "sacredness" of his work as a neurosurgeon, the burdens that make medicine "holy." His view, though powerful and rewarding to read about, doesn't render his equation — science provides no basis for God = life has no meaning — into a truth.

Let's return to McGrath. His central theme in The Big Question revolves around "the ultimate coherence of science and faith." I'd like to say that open dialogue about the interweaving of scientific and religious narratives that McGrath champions — dialogue asking if that interweaving is really a possible, or even a desirable, goal — is the way forward. At the same time, I find intriguing and persuasive the perspective of physicist Sean Carroll, who explains why he takes no money from the John Templeton Foundation by saying it is because its underlying goal is to further this very notion of consilience.

I'm yet another atheist voice chiming in to say that my life, thanks very much, is full of meaning.

Now, how to make this unkillable myth about atheism into a moribund myth?