Accessibility links
Getting Science Right In Film: It's Not The Facts, Folks : 13.7: Cosmos And Culture When films capture the method of science, that's when magic happens: It matters more than getting the facts right, says blogger Barbara J. King.

Getting Science Right In Film: It's Not The Facts, Folks

Getting Science Right In Film: It's Not The Facts, Folks 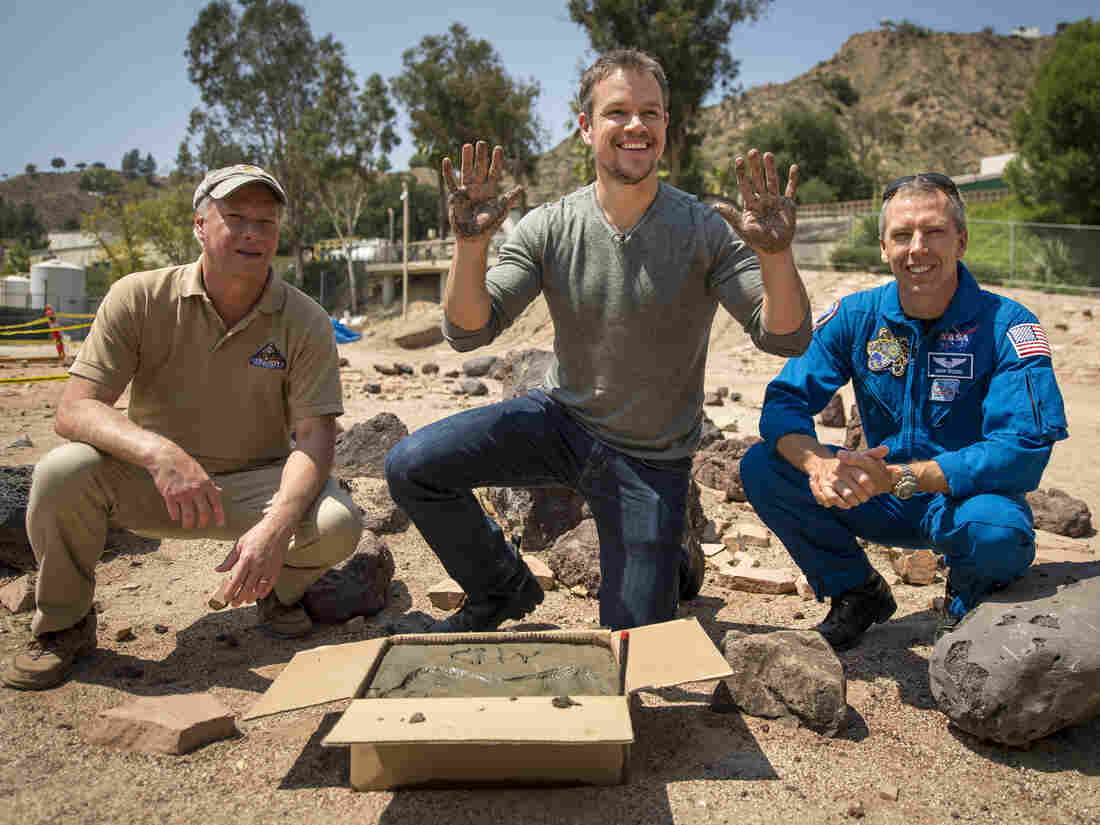 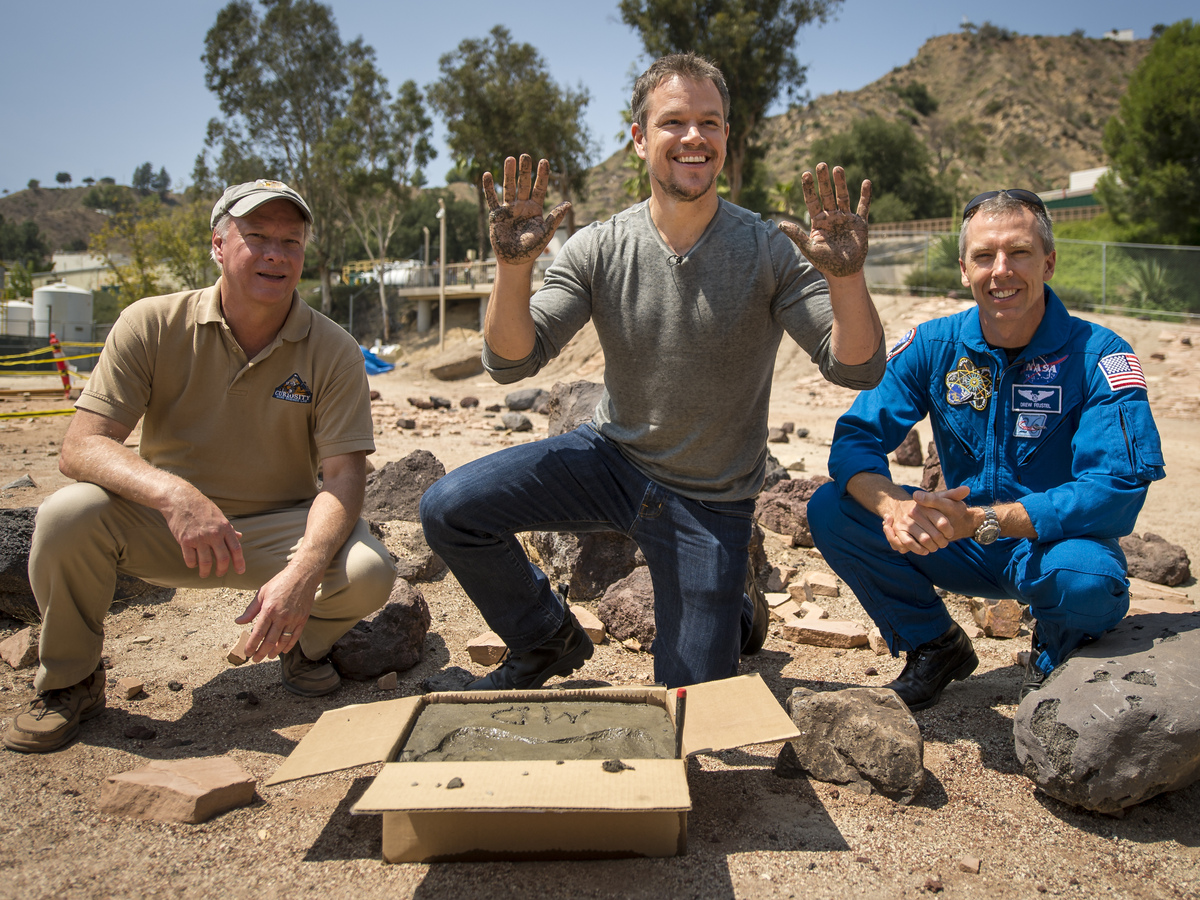 How much does it matter that filmmakers accurately portray the scientific details — of cosmology or physics for instance, or evolutionary theory or genomics — on the big screen?

My initial response — "It matters a lot, of course!" — has changed after attending a Sundance panel presentation called "The Art of Getting Science Right" at the Park City film festival this week.

Geneticist Ting Wu, physicist Clifford Johnson, filmmaker Mike Cahill and actress/moderator Kerry Bishe were on the panel hosted by the Alfred P. Sloan Foundation. While no one suggested that it's best practice to play wildly fast and loose with scientific facts in the movies, the four participants did converge on an intriguing conclusion: What matters most is not getting right every fact but instead conveying faithfully the process and the excitement of doing science. As Bishe put it, "Science is a method, not a body of knowledge."

One thread of the discussion was how storytelling through science can galvanize moviegoers' curiosity. Doron Weber, Sloan vice president and program director invoked "the imaginative adventure of science" in introducing the four-way conversation, and physicist Johnson straight out called film "the most powerful form of communication ever invented."

Coming at this from the science — not the filmmaking — end of things, I really liked what Cahill had to say: "Science for me is a new landscape of stories," so that "everything that science discovers on Wednesday that we didn't know on Tuesday" becomes raw material for creativity.

But why not go for hard facts as well as imaginative story-telling? Bishe recounted her experience in visiting the Alan Alda Center for Communicating Science at Stony Brook University, where in a "boot camp" setting scientists are coached in how to grab the public's interest when explaining their research. Upon arrival, the scientists simply don't want to sacrifice any detail of their work, Bishe recalled. When shown specifically how they risk losing the very audience they hope to engage, they come around — and tell a story that illuminates the human side of how the scientific process unfolds.

The same thing is true of the movies. We watched a clip from Contact, the 1997 movie starring Jodie Foster as a SETI scientist that is based on the novel by Carl Sagan and Ann Druyan. In the clip (this one is similar but not identical to the one we watched), Foster and her colleagues realize that signals suddenly transmitting from the Very Large Array represent prime numbers coming in from space: It's a moment of shock and confusion, where there's a lot of excited cross-talk.

After the clip, geneticist Wu exclaimed: "That's what's it's like in the lab!" In that scene, the spirit comes through of what it's like to be on the verge of discovery, when scientists "might be seeing something for the first time" as Wu put it.

This fact vs. process theme came home to me most vividly when Johnson invoked The Martian as an example. Johnson told us:

"That entire film is about this well-defined problem [Matt Damon's astronaut character Mark Watney is stranded alone on Mars] with well-defined stakes, and [Watney] trying to think his way out of the problem; he uses facts to help him, chemistry and botany and what have you. Given the new boundary conditions, he has to work his way through, and you see him thinking about what resources he has, you see him making mistakes. Usually [in movies] that part is cleaned up."

Any "little fact mistakes," Johnson noted, as with intensity of the storm on Mars at the beginning of the film, most scientists "completely forgive that" because the film shows off the process so well.

Later, I asked Sloan's Weber via email what he had made of the fact vs. process distinction. Here's part of his response:

"Since the beginning of our national film program more than 15 years ago, our goal has been to encourage leading artists to tackle science and technology themes and characters in an engaging and compelling way. That means doing research and being well-informed enough to create a convincing and credible portrait or a believable world, but it does not mean slavish adherence to every detail.

There is a certain artistic license that is permitted, even necessary, if you wish to create a dramatic story that unfolds in 90-120 minutes. Otherwise you'd stupefy the audience with boredom."

Is it possible to roughly approximate the point at which a loose approach to the facts goes too far and ends up harming the very goal one is trying to promote? I imagine we can all think of examples from our own favorite scientific discipline of films that went amiss (from biological anthropology, can I just nominate The Clan of the Cave Bear movie here?) The panel didn't tackle that question. It's an understandable choice in the Sundance context, I think, to focus on what works, rather than what doesn't.

Sitting in the room, I felt the excitement of bringing together science and film. Cahill summed it up perfectly, speaking of what it's like to draw on science when making a movie: "These are rich colors to paint with."