Accessibility links
The Planets We Don't Have : 13.7: Cosmos And Culture Last week, astronomers said they discovered evidence of a ninth planet in our solar system. It may be a super-Earth, something scientists didn't think we had here, says astrophysicist Adam Frank.

The Planets We Don't Have

The Planets We Don't Have 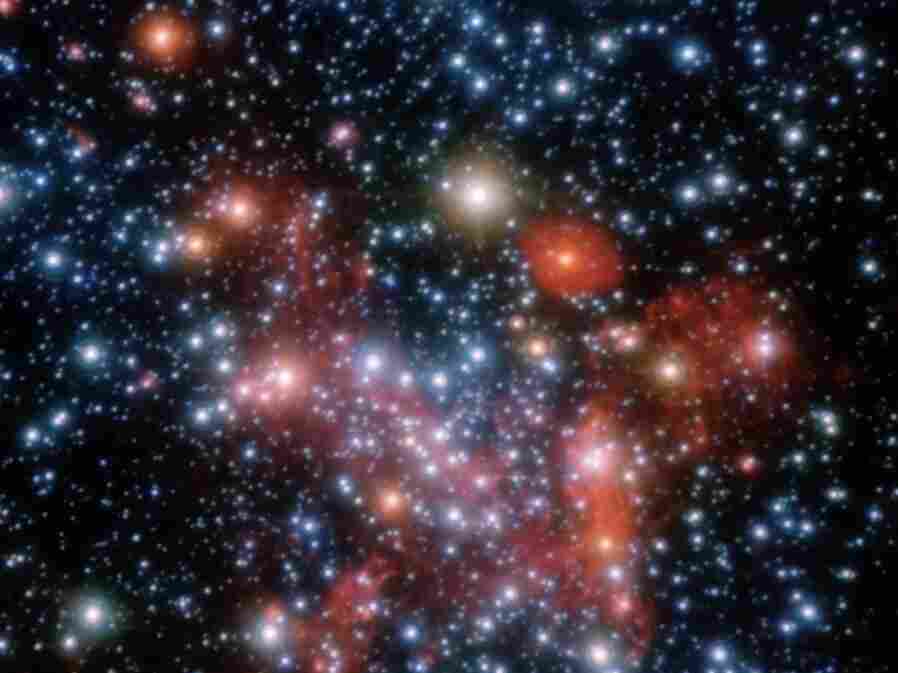 The central parts of our galaxy, the Milky Way, as observed by the NACO instrument on ESO's Very Large Telescope. S. Gillessen et al./ESO hide caption 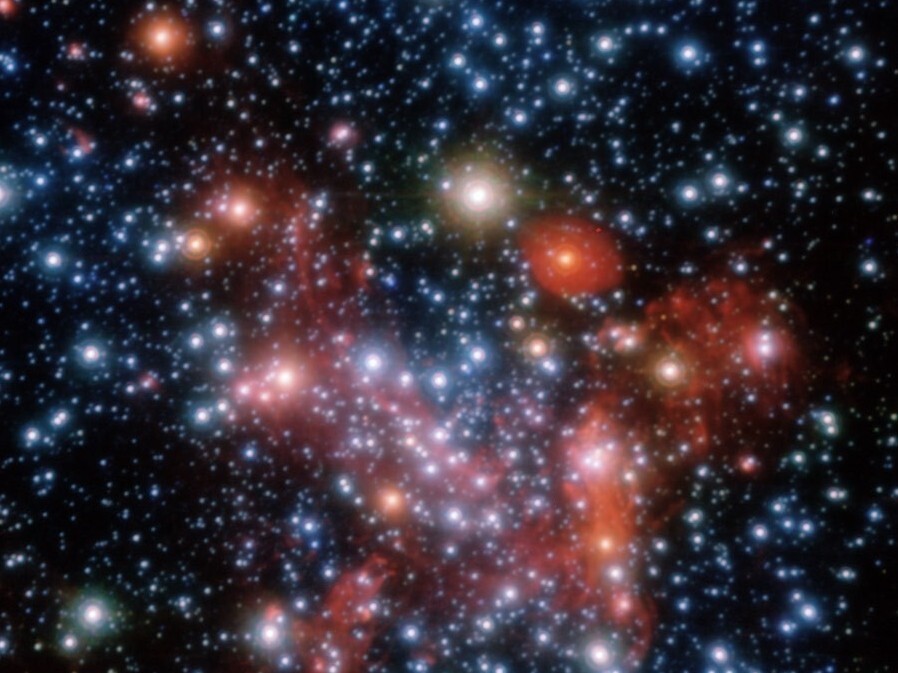 The central parts of our galaxy, the Milky Way, as observed by the NACO instrument on ESO's Very Large Telescope.

Imagine that, while traveling, you find yourself in a new city and decide to go to the zoo.

After looking around for a while, you notice something odd. All of the animals you see come in three sexes. There is the usual male and female — and there's also a third sex called zplif.

Male, female and zplif. That would pretty weird, right?

You'd have a lot of questions about zplifs. What are they like? How does, you know, it all work? And, most of all, how come you didn't know about this before? Why aren't there zplifs in the zoo in your city? Why are we so boring while everyone has something interesting going on?

Well, as strange as it might seem, that is kind of the situation astronomers find themselves in now. That's because during the last five years they've discovered that the galaxy is teeming with a new and different class of planet relative to what we know in our solar system.

To see why this discovery is such big deal, let's go back to when you were just a kid in grade school. Remember those diagrams of the solar system with the planets arranged on nice, color coded orbits around the sun? Let's start there.

In the inner part of the solar system you have Mercury, Venus, Earth and Mars. These are the so-called terrestrial worlds. They're small and they are made of rock. Some are also covered by a pretty thin layer of atmosphere. It's worth noting that Earth is the most massive of the terrestrial worlds.

In the outer solar system you have the giant planets. These are huge balls of gas and ice. Jupiter, the biggest, is over 300 times more massive than the Earth. At the low end of the giants we have Uranus, only 15 or so times as big as Earth.

Now, keep in mind that giant planets and rocky planets are really different. For example, astronomers are pretty sure life's never going to form on a giant planet. There's a laundry list of reasons for this conclusion, chief among them that gas giants don't really even have a surface.

So, there it is. You've got your giant gas/ice planets, and you've got your small, rocky terrestrial planets. In our solar system, that's it. That's all she wrote.

And what about planets that are two or five or 10 Earth masses? Sorry pal, we don't have 'em here. Move along.

But just because these kinds of planets don't show up in our solar system doesn't mean they don't exist in other parts the universe. In fact, this other kind of planet is everywhere. Astronomers call the class of worlds between Earth and Uranus super-Earths — and they're popping up in planet surveys like weeds.

Based on what we've learned over the last 20 years, we know that every star you see in the night sky has at least one planet. And from work done over the last 10 years, it has become clear that, for stars like the sun, there are two to three times more super-Earths than Earth-like planets. This is equivalent to finding animals of a third sex — the zplifs — as the majority population everywhere except in your own city.

But here is the really freaky thing about super-Earths: We really don't know yet what kind of planet they constitute.

The physics of planets with two or five or 10 Earth masses can be hard to pin down. That's because mass and size are not all that matter for the kind of world you end up with. Composition — meaning what elements a planet is made of — also determines its properties.

That means some of these planets may be just mini-versions of Uranus. On the other hand, some of these super-Earths could be ocean planets. That means they have so much water they're covered in oceans hundreds of miles deep (the deepest part of the Earth's ocean is just six miles).

Other kinds of super-Earths may be even better places for life to form than worlds like our own. Being bigger and more massive may give more rocky super-Earths a better chance of holding on to their internal heat. That could lead to more plate tectonics and volcanoes, which is actually good thing. Volcanism can lead to a planetary feedback where greenhouse gases are cycled through the atmosphere, keeping the planet toasty warm and habitable for billions of years.

So, clearly, super-Earths are important? But then why don't we have them? Why have we been left out of the party?

Remarkably, the answer to this question of the planets we don't have may already have been found.

Last week, astronomers announced they had discovered evidence of a true ninth planet in our solar system. Orbiting the sun far beyond Neptune, this new potential planet may have formed in the inner solar system and been kicked out into the depths of space by encounters with other solar system bodies.

And what mass do scientists predict for this new world? The estimate is about 10 Earth masses. So if it's real, our ninth planet might be our very own super-Earth.

So maybe, just maybe, we aren't such planetary losers after all.