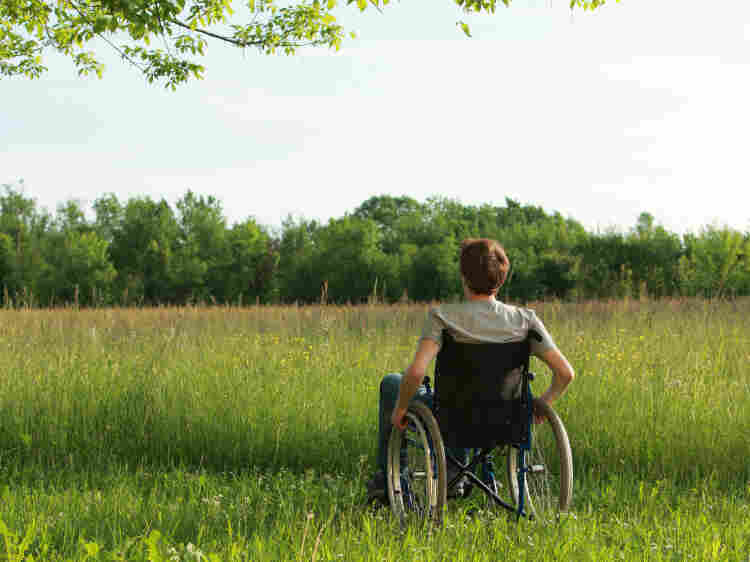 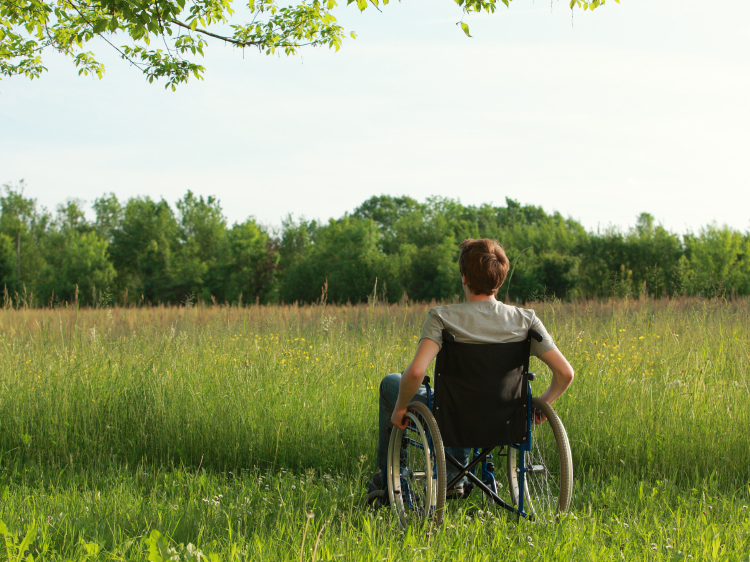 Last Friday, I noticed this posting on Facebook by Lawrence Carter-Long:

"If you 'see the person not the disability' you're only getting half the picture. Broaden your perspective. You might be surprised by everything you've missed. DISABLED. ‪#‎SayTheWord"

I understood intuitively the thought that many people with physical limitations wouldn't want to have this part of their lived experience erased by others. But admonitions that the term "disabled person" is inappropriate and disrespectful firmly stuck in my mind.

So I wanted to know more about the ideas behind the #SayTheWord campaign. Carter-Long is a performing artist, activist and media spokesman who was born with cerebral palsy. By day, he works as a public affairs specialist for the National Council on Disability, but he was quick to stress that his #SayTheWord advocacy is done entirely on his own time. He started the campaign in January in response to President Obama's State of the Union speech, and it has "rapidly expanded" on international social media, he told me.

I asked Carter-Long was what we miss when we don't "say the word."

"Perspective. In 2016, anyone who would dare to assert that race 'doesn't matter' or that they 'see the person not the gender' would instantly, and I think rightfully, be called out as either naive or ignorant. Similarly, to suggest disability is simply a 'difference' and has no impact on a person's life is a very privileged position to take. Most disabled people don't have that luxury. The assertion flies in the face of reality and minimizes the very real discrimination disabled people face."

Unemployment rates for disabled people, Carter-Long noted, have held steady at 75 percent for decades now. Compared with their nondisabled peers, disabled people are eight times more likely to live in poverty, he said:

"People are shocked to learn that it is still legal to pay disabled employees subminimum wages, sometimes pennies an hour, in 'sheltered workshops' — a relic of the 1930s, and those of us on SSDI are still penalized for getting married. Try to get a job interview, find an accessible toilet, or a Braille menu, and you'll likely find that discrimination against disabled people — whether intentional or not — is all very real."

But that missing "other half" of the picture includes many positives. Disabled people, Carter-Long emphasizes, are masters of adapting to a world not built with them in mind — and their adaptations end up improving life for everyone, he says:

"Dig a little deeper and the lesson is clear: Make something accessible and inclusive and everybody benefits, not just disabled people. Every single time. That's an impressive track record. Something we all can be proud of. But before we can do that we've got to get real about both the positives and the negatives that surround it. DISABLED. #SayTheWord is an attempt to facilitate that kind of understanding and perspective, to interject a disability consciousness into everyday situations that, thus far, too many have been able to ignore or take for granted."

But doesn't "disabled person" reduce a vital individual to a medical condition in a way that the phrase "a person with disabilities" doesn't? Carter-Long says:

"Opinions vary. Confusion abounds. And that's no surprise, really. I was born in 1967. In my lifetime alone, while my condition hasn't changed, I've been called handicapped, handi-capable, disabled, differently-abled, and a person with a disability — the latter being an understandable attempt primarily by parents of disabled children to separate the disability from the person."

Passage of the Americans with Disabilities Act in 1990 made a real difference, Carter-Long explained:

"Those who grew up under the ADA didn't feel shame. They had no need to distance themselves from anything. The Internet and burgeoning field of disability studies as an academic field of study gave people like me — who identified as disabled since birth but came to advocacy later in life — unprecedented access to read the work of, or engage directly with, pioneers in the disability rights movement for guidance and solidarity. Disability was no longer an individual burden as so many of us were led to believe but rather a diverse and vibrant community with a history, and a legacy, all our own. That changes everything."

Yet glaring omissions in the national conversation occur regularly — including the one that motivated Carter-Long to create #SayTheWord:

"[President Obama] clearly took great pains to single out and mention other identity groups — the administration, to their credit, even took unprecedented steps with its live Internet stream to make the speech accessible to over 57 million disabled Americans — but glaringly, obviously, and disappointingly neglected to mention the disability community as a constituency. Questions followed that wouldn't leave me alone: What does that mean in terms of recognition? How does it translate, or not, to political power? Are pollsters acknowledging that we even exist? And to them, do we?"

Disabled people do exist all too frequently in media stories like this one where a disabled teen was asked to the prom by a nondisabled peer, on camera and in front of a large crowd. Carter-Long said:

"Ask yourself, how would I feel if the tables were turned? How would it feel to be treated like a prop to make someone feel better about themselves without any consideration for my feelings?"

Watching the video of that prom invitation — even knowing how well-intentioned the invitation was — made me feel extremely uneasy, for just the reasons Carter-Long notes.

To be seen for who we are in our own right, and for what we experience, is, I think, a desire common to everyone. #SayTheWord.