Accessibility links
Stuck On Earth: The U.S. Innovation Deficit : 13.7: Cosmos And Culture The long delay in getting Americans back into orbit on their own power shows how deeply we've neglected a space science and technology effort that was the envy of the world, says Adam Frank. 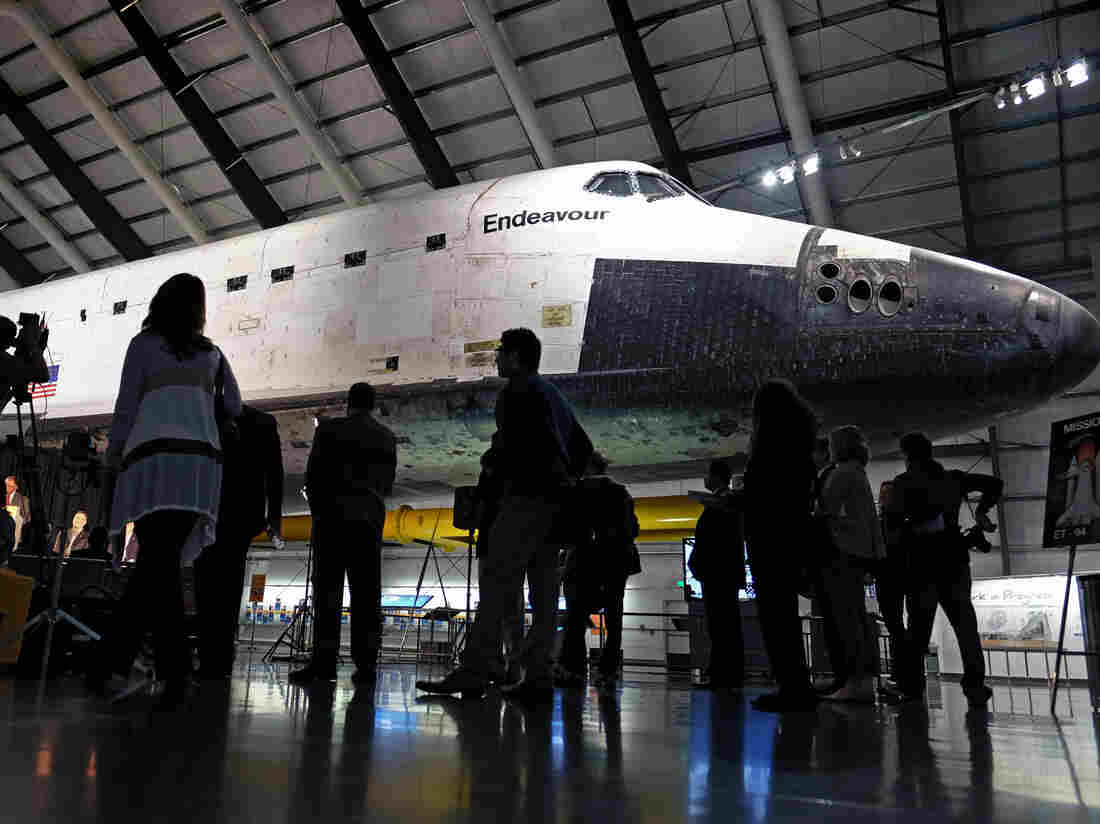 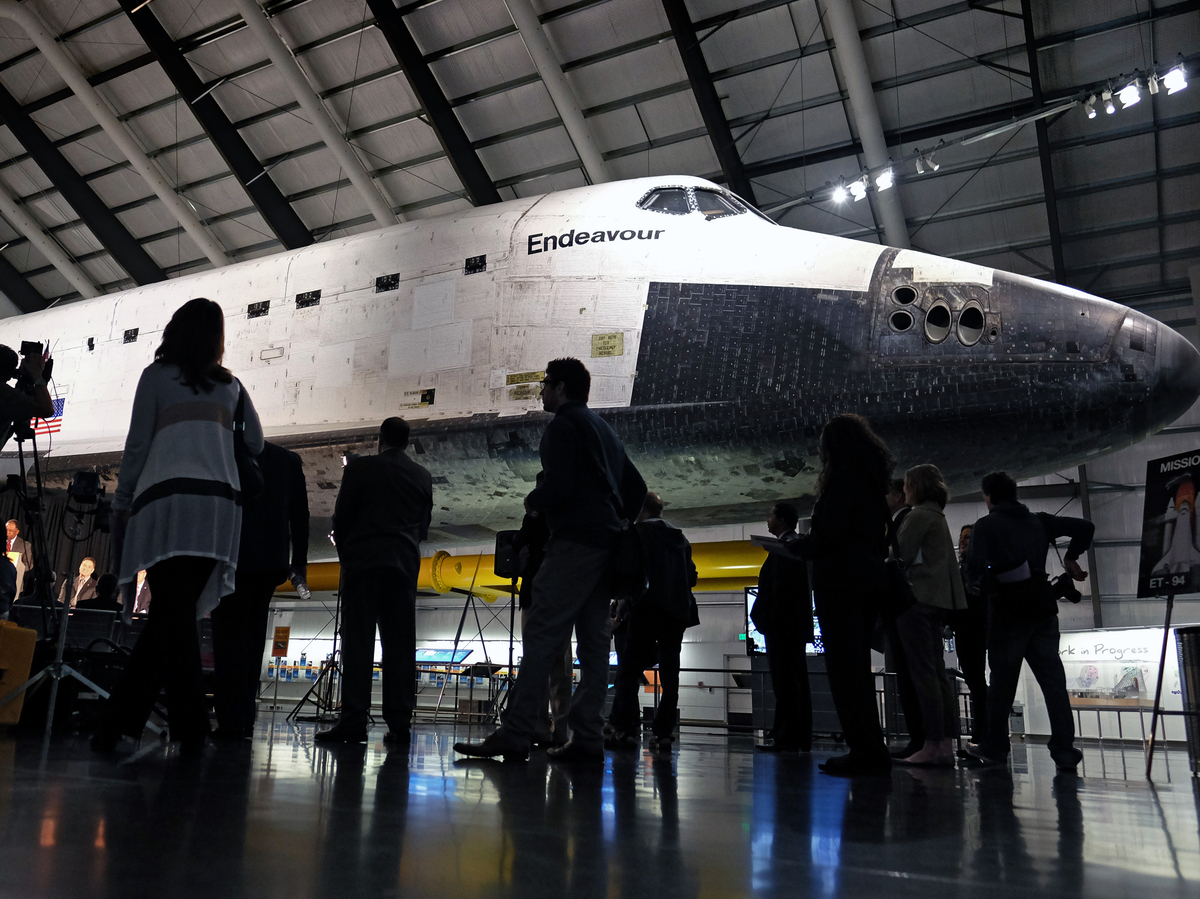 On July 8, 2011, the space shuttle Atlantis rumbled off its launch platform and rose skyward, marking the last time we sent Americans into space using our own rockets launched from our own soil.

Since then, our access to orbit (and the Space Station) has come via tickets bought on Russian rockets in Russian crew capsules. If all goes well, this reliance on Russia may end in 2017. That's when private space companies, through contracts with NASA, begin launching American astronauts into space with American technology once again. When these launches come it will be historic — but today it's important to understand how we ended up stranded on Earth in the first place.

Our long and painful absence from human space access did not appear in a vacuum. U.S. investment in science has been lagging for many years. In fact, in many ways NASA's investment in private spaceflight represents a cost-cutting measure to refocus its efforts on exploring deep space, while leaving low-orbit missions to the private companies. The vibrancy of the nascent commercial space industry is something to applaud. But the long wait for a U.S. return to having its own launch platforms can also be seen as a visceral and public experience of what a strained scientific/technological infrastructure looks like when it begins to breaks down.

NASA and a growing ecosystem of private rocket companies have been driving towards a new age of space innovation for nearly a decade. This is one of the most exciting developments in space exploration since Apollo. In 2006, NASA created the Commercial Orbital Transportation Services program, acting as a special kind of investor for the emerging private space industry and awarding development funds on completion of specific milestones in launch capabilities. In 2010, NASA created the Commercial Crew Development Program (CCDev) to provide human access to space. Partnering with private companies, their goal was to quickly develop crewed launch vehicles for low Earth orbit. In September of 2014, awards were made to Space X and Boeing to develop and construct the new space fleet.

So, progress is finally being made. But it took far longer than required because funding for the program was woefully inadequate. When Charles Bolden assessed the situation in 2014, he said "Had [the Commercial Crew Development Program] been fully funded, we would have returned American human spaceflight launches — and the jobs they support — back to the United States next year. With the reduced level of funding approved by Congress, we're now looking at launching from U.S. soil in 2017."

The important point here is that this habit of progress delayed or denied is not confined to NASA. It has spread across most domains of U.S. research. The National Institutes for Health budget, for example, was essentially flat for a decade and, then, dropped two years ago. It has only barely been rising since then. In a poll of cancer researchers in 2014, almost 30 percent said they were postponing launching new clinical trials and 23 percent said they were limiting patient enrollment in new trials they could start.

Things have become difficult enough that the problem has been given its own name — the innovation deficit. Compare our stalled investment in science and technology with other nations, who have doubled or tripled their investments over similar timescales. When the U.S. dropped out of the ExoMars program (designed to look for evidence of life on that planet), our former partners in the EU found a ready new collaborator in Russia. And for all the excitement about the Higgs Particle, the U.S. share of that particle accelerator was just $500 million out of a total $12 billion dollar cost. The outsized role we played in the discovery came only because of investments made decades ago. Now, it's not clear we will still be significant players 10 years from now.

The long delay in getting Americans back into orbit on their own power shows how deeply we've neglected a space science and technology effort that was the envy of the world. It is a self-inflicted wound driven by a thousand budget cuts — and space science is just the tip of the iceberg.

A nation doesn't reach world leadership in science and technology overnight. It takes decades of strong and continued investment. The conspicuous absence of rockets roaring to the high frontier from our shores can be either a bell tolling the end of an era or a wakeup call. As past Deputy Secretary of Defense Gordon England saw quite clearly, "The greatest long-term threat to U.S. national security is not terrorists wielding a nuclear or biological weapon, but the erosion of America's place as a world leader in science and technology."