Accessibility links
What You Need To Know About That 'Cute' Lemur Video : 13.7: Cosmos And Culture That adorable lemur video going around? Think twice before sharing — or share with an explanation of why it's not-so-cute after all, says anthropologist Barbara J. King. 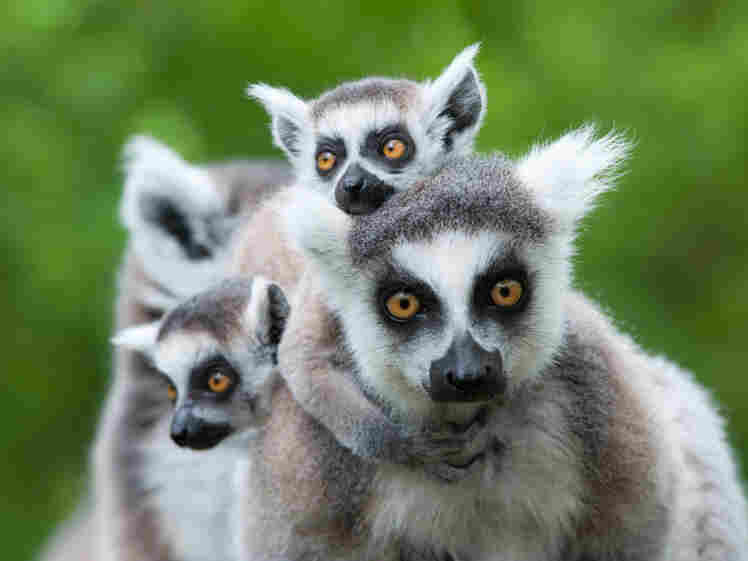 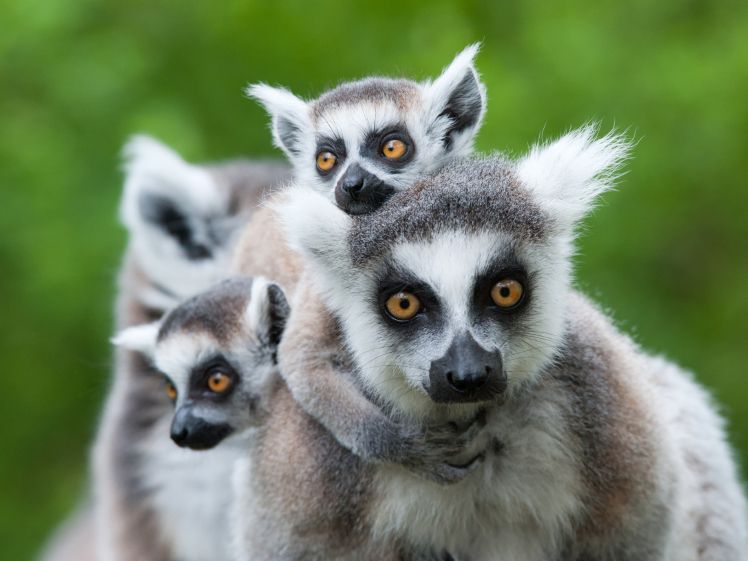 I love viral animal videos as much as anyone. Sometimes I share them here, because the good ones can be a way to raise awareness about animal welfare, tune in to animals' intelligence or just enjoy a laugh.

But sometimes viral animal videos are not what they seem. The popular video of the lemur demanding scratches (seen also at this link as well as separately on Facebook — and garnering what appears to be many millions of views) filmed in southwestern Madagascar elicits delighted "this makes my heart happy" responses from viewers.

In the video, two Malagasy children interact gently with a ring-tailed lemur named Sefo. When I taught primate behavior at William and Mary, I chose this species for special focus when discussing prosimians, a type of nonhuman primate that is neither monkey nor ape, because ring-tailed lemurs are highly social and quite fascinating.

But Sefo isn't able to travel, eat, rest or groom with his social group, and this is one reason why the video concerns primate scientists. I asked lemur experts Marni LaFleur of the University of California, San Diego, and Tara Clarke of Duke University, co-directors of Lemur Love, to explain why warm-and-fuzzy reactions to this video are off the mark.

"Unfortunately, lemurs like Sefo are taken from their natural habitats and then have poor quality lives, as they are alone in the human world and unable to survive in the lemur world," LaFleur and Clarke told me by email earlier this week. The email continued:

"Lemurs, native to the island of Madagascar, represent the most endangered group of mammals in the world. Habitat loss, hunting, and more recently a burgeoning illegal pet trade are pushing wild lemur populations to the brink of extinction.

In Madagascar, lemurs are often captured from the wild as infants. If they survive capture (fewer than 50% do), they are often used to attract tourist to hotels or used as photo props, wherein tourists pay a small amount of money to take their picture up close with the animal. Because adult lemurs are difficult to keep as pets, lemur owners are motivated to be rid of adult animals and seek subsequent infants to satisfy guests or continue generating income from the animals. This cycle of 'disposable' lemurs is unsustainable."

Through a research project, co-led by Lemur Love and the Pet Lemur Survey, LaFleur and Clarke are working to understand the global influence of social media on owning lemurs — legally or illegally.

I am pretty sure their results won't bring good news. In the first week after the Sefo video went viral, they note, "as many people have tweeted their desires to own lemurs as pets as they did in the entire month of January 2016."

The best course of action, say the two primatologists, is conservation education and outreach. In June, through Lemur Love and the Pet Lemur Survey, LaFleur and Clarke will launch an outreach campaign about lemur conservation across 20 towns in Madagascar.

Meanwhile, all of us can think hard about, and dig deeper into, the animal videos we share — and share the not-so-cute ones only with full context explained — as we go about educating each other.