Accessibility links
After 10 Years, 'An Inconvenient Truth' Is Still Inconvenient : 13.7: Cosmos And Culture It's clear global warming is gradually changing our planet's climate and landscapes: The pace may not be exactly mirrored by predictions, but to expect that would be unrealistic, says Marcelo Gleiser. 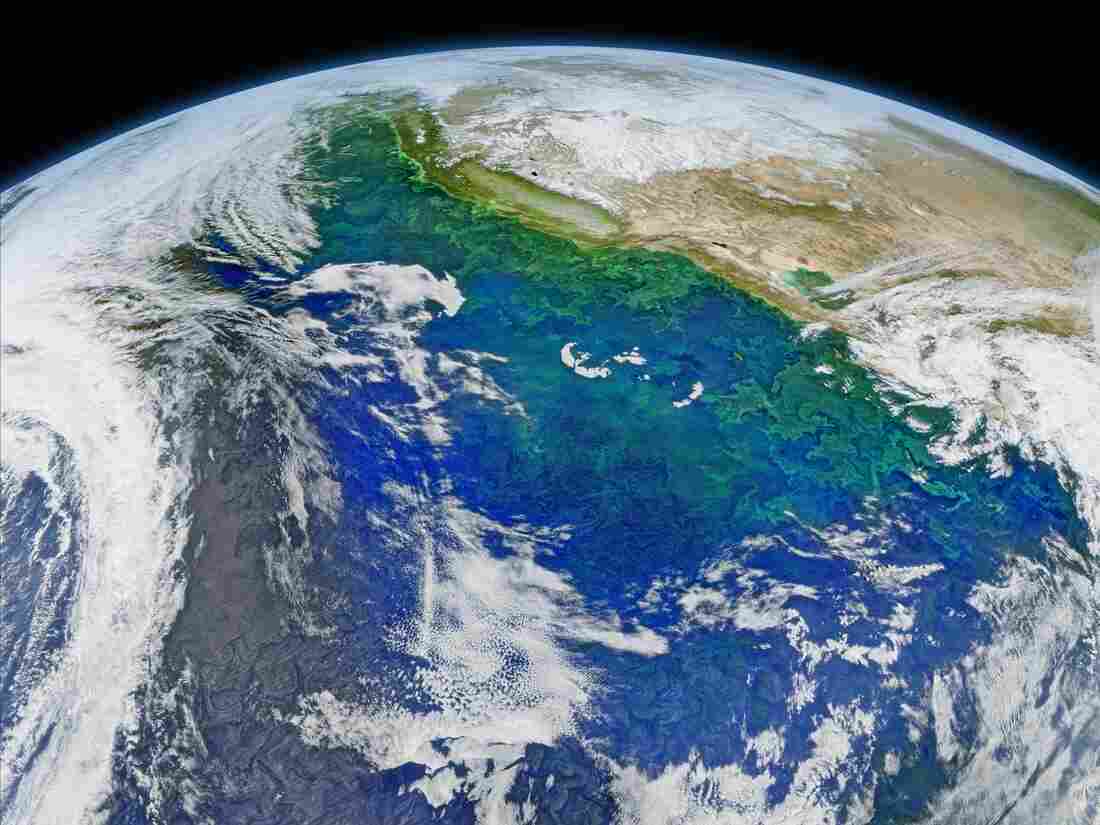 In 2006, six years after his presidential bid, Al Gore launched the documentary An Inconvenient Truth. The movie made headlines around the world, raising awareness of global warming and its predicted dire consequences for the planet and society.

The movie did more than this, though, as it also politicized global warming to an unprecedented level. It brought the spotlight to an issue that, as the title says, many investors and politicians find inconvenient. If nothing is done to curb the emissions of carbon dioxide and other greenhouse gases, temperatures will rise, ice caps will melt, ocean levels will rise and weather patterns across the globe will be disrupted. This truth remains unchanged.

An article in Science News by Thomas Sumner does an excellent job summarizing what we've learned since the release of the movie, which predictions panned out and what was off the mark. Lonnie Thomson, the climate scientist whose studies of melting glaciers in the high Andes were featured in the documentary, says: "The physics and chemistry that we've known about for over 200 years is bearing out. We've learned so much in the last 10 years, but the fact that the unprecedented climate change of the last 40 years is being driven by increased carbon dioxide hasn't changed."

Here's a summary of other parts of the piece:

Hurricanes: In 2006, it was predicted that their frequency and intensity would increase owing to the warming of oceans. Hurricane frequency has dropped a bit, and their intensities haven't changed much. At least not yet. However, a study published in 2010 in Science predicts that the number of Category 4 and 5 hurricanes (that's Katrina-level) could nearly double by 2100, even if their overall number doesn't increase. As seas rise, hurricanes will be able to travel closer to inland, increasing the damage.

Ocean circulation: An important prediction in 2006 was that the ice melting from the polar regions would flood the North Atlantic with fresh water, interrupting the warm water flow from the tropics toward Western Europe. This shutdown scenario is now in doubt, although there is a gradual slowing down of ocean currents that will impact the climates along the Atlantic. Recent studies show that this slowing down is unprecedented in the past 1,000 years, but it's still too early to tell whether this is part of a long-term trend.

Drought, climate and conflict: Although there is an inherent danger in equating climate change with political unrest, the period between 1998 and 2012 has been the driest in the Eastern Mediterranean since 1100. When people are hungry and thirsty, they move in search of food and water. Severe droughts upset food-production and distribution, trigger mass migrations to urban areas, and may cause civil unrest and refugee crises. Some experts have partially blamed the drought in Darfur for the war there in 2003 and, now, the Syrian civil war. As periods of drought intensify in parts of Africa, food shortages could lead to renewed conflict there. Closer to home, the period between 2011 and 2014 was the driest in California since record keeping began in 1895. Desalination is an option, but it remains cost-ineffective for now.

Arctic and Antarctic ice: Here, predictions got even worse, unfortunately. In 2006, the prediction was that the Arctic could see its first sea-ice-free summer in the next 50 to 70 years. Now, the prediction is that summer sea ice may disappear by 2052. That's about nine years sooner than the older prediction. As ice melts, dark oceans absorb more heat, hastening their warming. Open shipping ways will cause species to form different habitats to mingle. In the south, things are also dire. In 2002, Antarctica's Larsen B Ice Shelf, roughly the size of Rhode Island, collapsed after 12,000 years of stability. As the ice melts, warmer water penetrates deeper into low-lying channels, accelerating further melting. The ice sheet collapse would raise the global sea level by as much as a disastrous 3 meters (9.8 feet). Fortunately, the Eastern ice sheet is more stable, showing no signs of accelerated melting. That's good news. If it melted, sea levels would rise by as much as 60 meters (nearly 197 feet). About 200 million people worldwide live within 5 meters (about 5.5 yards) of sea level.

Sea level rise: Sea levels are rising, and faster than in any other century since Rome was founded. The current rate is 3 millimeters (0.11 inch) a year, with a total of 1 meter (3.3 feet) by 2100 if carbon emissions are not curbed. The collapse of the Antarctic ice sheet would accelerate this rate, some experts say by as much as 10 times. Scientists investigating fossils of underground coral in Tahiti dating from 150,000 years ago were alarmed to measure how fast oceans rose during the last glacial period. Around 14,650 years ago, sea levels rose by about 14 meters (45.9 feet), at a rate of about 46 millimeters (1.8 inch) per year. Estimates indicate that half of this increase in sea level came from melting Antarctic ice.

Extreme temperatures: The prediction was that global warming would intensify both heat waves and cold snaps. Alas, heat waves are indeed intensifying but not so much cold snaps. When humidity rises, you sweat more to keep your body cool. (Ask any runner what happens when running in high humidity.) But at a certain point, this natural cooling mechanism starts to fail, leading to severe dehydration. Last year, severe heat waves killed thousands of people in India and Pakistan. Ethan Coffel from Columbia University predicts that by 2060, 250 million worldwide could face deadly levels of heat and humidity. At the other extreme, cold snaps — another source of deadly temperatures, this time by hypothermia — would lessen.

For the public at large, the main difficulty with these predictions is that they are not immediate or directly relatable to specific events. People tend to dismiss what's not due to a transparent cause-and-effect dynamic.

Scientists make predictions based on detailed data analyses, and reach consensus by openly exchanging information in journal articles and conferences. The process is not perfect, but its great advantage is that it is self-correcting: As we study more, we learn more. It's also the only method we have to get some grip on what's going to happen with a certain margin of confidence.

Putting these 10 years in perspective, it's clear that global warming is already acting and gradually changing our planet's climate and landscapes. The pace may not be exactly mirrored by predictions, but to expect that would be unrealistic. What science can do is explore an issue and furnish as much evidence as possible to raise public and political awareness. This is what climate scientists are doing.

The data are out there, accessible to those who have an interest in learning at many levels, from technical studies to more general reviews. The truth may be inconvenient, but it's our truth, one that we all share in a finite planet. If there is one lesson from history we may apply here, is that denial is never an efficient long-term strategy.

Marcelo Gleiser is a theoretical physicist and cosmologist — and professor of natural philosophy, physics and astronomy at Dartmouth College. He is the co-founder of 13.7, a prolific author of papers and essays, and active promoter of science to the general public. His latest book is The Island of Knowledge: The Limits of Science and the Search for Meaning. You can keep up with Marcelo on Facebook and Twitter: @mgleiser