Accessibility links
Humans Are 'Meathooked' But Not Designed For Meat-Eating : 13.7: Cosmos And Culture It's all well and good to cut down on eating animals, but aren't our bodies designed to require meat in our diets? Anthropologist Barbara J. King takes a look at a new book saying the answer is "no."

Humans Are 'Meathooked' But Not Designed For Meat-Eating

Humans Are 'Meathooked' But Not Designed For Meat-Eating 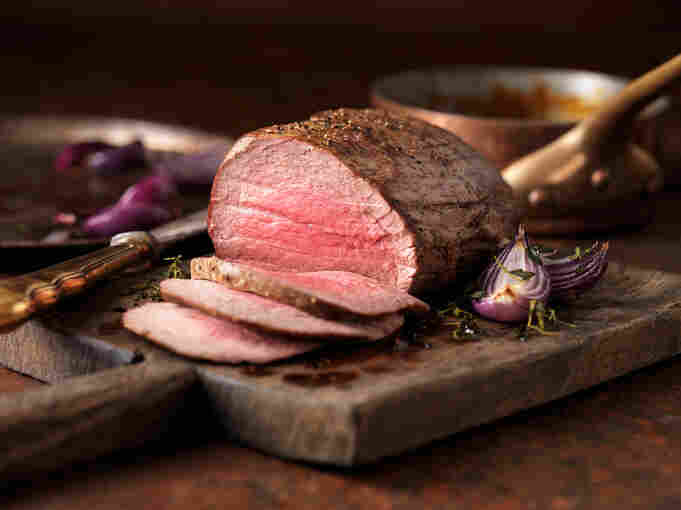 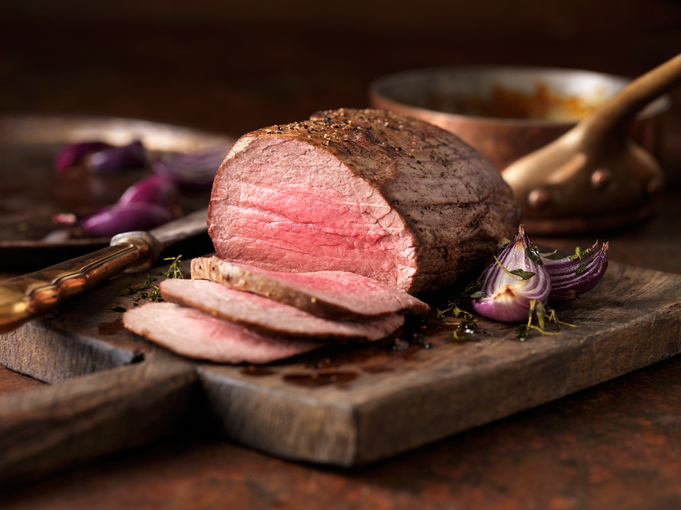 I encounter claims that humans were designed to eat meat — that it's in our genes, that we have teeth made for eating meat, that we need meat to get all the right nutrients — all the time in casual conversation and in media in stronger and weaker versions.

In Meathooked: The History and Science of Our 2.5-Million-Year Obsession with Meat, science writer Marta Zaraska does a great job of exposing these claims as myths.

Vegetarian animals ranging from gorillas to water deer, she reports, have bigger, sharper canines than we do; our canines aren't specially meant for processing meat. What we lack dentally is more important, in fact, than what we have. Gently open a (calm) dog's jaw, and there at the back will be the carnassial teeth, "blade-like and sharp and perfect for slicing meat." Lions and tigers, racoons and house cats — all carnivores — have them too. We don't. 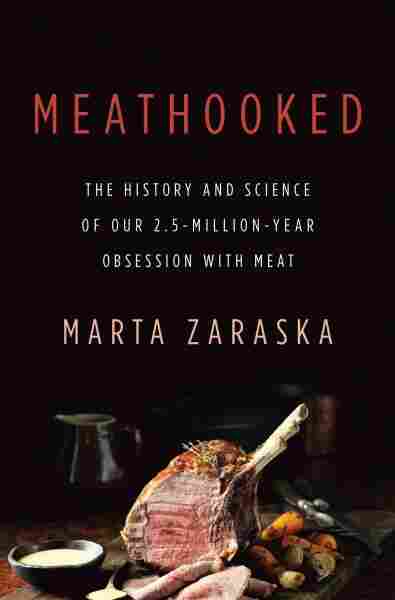 The History and Science of Our 2.5-Million-Year Obsession With Meat

Title
Meathooked
Subtitle
The History and Science of Our 2.5-Million-Year Obsession With Meat
Author
Marta Zaraska

All the high-quality amino acid proteins we require are readily available in plants, Zaraska says, listing soy, buckwheat, quinoa and potatoes as examples.

Neal Barnard of the Physicians Committee for Responsible Medicine even notes that when people switch from meat-eating to plant-eating, their intake of vitamins and other nutrients improves.

True, vitamin B-12 is an exception: It's found only in meat, eggs and dairy. Vegetarians, then, still do fine (because of the eggs and dairy); vegans need to eat foods fortified with B-12 or take a supplement.

Zaraska wrote Meathooked primarily to discover why humans across the world crave meat. Factors of biology, including certain genetic predispositions and culture, ranging from family habits and cultural traditions to the sexual politics of meat as explained by Carol J. Adams, all play a role, she says.

I think the meat-myth-busting, too, is a central contribution of the book — and I'd like to take it even further.

Zaraska raves about the fake meat she samples in the Netherlands ("succulent ... rich in flavors") and recommends that we all eat vegetables, legumes, fruits and grains rather than meat from animals. But a set of statistics laid out right at the start of the book frames her entire discussion in a grim way:

"According to the U.S. Department of Agriculture (USDA), in 2011 we ate an average of sixty-one pounds more of meat than we did in 1951—that's about 122 average eight-ounce steaks a year more, despite all the accumulating warnings about cancer, diabetes, and heart disease. ... Across the world, the appetite for animal protein is on the rise. The Organisation for Economic Co-operation and Development (OECD) estimates that by 2020 the demand for meat in North America will increase by 8 percent (as compared to 2011), in Europe by 7 percent, and in Asia by a whopping 56 percent. In China, meat consumption has quadrupled since 1980."

How are vegetarians, vegans and all the rest of us cutting down on meat for reasons of individual health, global health and animal suffering supposed to feel any hope for the world in the face of that news?

I emailed Bruce Friedrich, executive director of the Good Food Institute (GFI), to ask what he thought about that meat-saturated future. Here's what he said:

"GFI uses markets and food technology to transform global diets away from animal-based meat, dairy, and eggs, and toward plant-based and 'clean,' cultured alternatives. We are incredibly optimistic that in 25 years, more than half of all meat will either be plant-based or clean. By 2050, we'll be at 100 percent.

"We are very close to having plant-based meat that tastes exactly the same as animal-based meat, and we are also growing 'clean' meat in cultures, no animals required. So while it is true that demand for meat is going up in the developing world especially, as food technologies do a better job of replicating animal-based meat with plants, you'll see a huge shift away from animal meat and toward plant meat, which is far more efficient, healthier, and causes a tiny fraction of the climate change created by animal-based meat.

A cross-cultural perspective (including an understanding of food and poverty) is going to be important here. Yet any worries that we're universally stuck with a meat-laden future may well be just another myth.

Polls show that as people start dropping foods from their diets, they tend to continue: " ... first goes red meat, then chicken, then fish, then milk and eggs," Zaraska writes. The full linear progression won't happen for everyone, for a variety of reasons (I still eat fish, myself), but the trend offers another reason for optimism. "Giving more kudos" to folks who take any steps to consume less meat, Zaraska suggests, may be the best way to go.

(The Washington Post even reported this week that some vegan restaurants avoid the V-word for fear of coming across too zealously.)

In describing people's cravings for meat, Zaraska asks: "After all, what would Thanksgiving look like without a turkey or a summer grill without a burger?"

She's just pointing out what many people feel — I know she doesn't mean literally that turkeys and burgers are required. Still, I posed Zaraska's question by email to Mary Lawrence, vegan chef and executive director of Ahisma Health and Harmony. She said:

"We come together to share our love for each other, and in that spirit animals would be guests at the table, not on our plates. While this notion may seem absurd in a society where eating meat is perceived as normal or even a status symbol, we need only shift our point of view as Shel Silverstein did in his poem of the same name ('Point of View') to elicit our inherent empathy for all beings:

" 'Thanksgiving dinner's sad and thankless/Christmas dinner's dark and blue/When you stop and try to see it/From the turkey's point of view.'

"Fortunately today, we can celebrate with faux meats like Tofurky Vegetarian Feast, Field Roast's Celebration Roast, and Beyond Meat's Beastburger. No one gets hurt, and we can still have a pretty awesome time."

That's no myth: We can eat well — maintaining our health and enjoying delicious flavor — without meat.