Accessibility links
Why It's 'Self-Reg,' Not Self-Control, That Matters Most For Kids : 13.7: Cosmos And Culture If hyper-arousal is a normal state for many children, how can we help our kids learn to be genuinely calm? Anthropologist Barbara J. King explores a new book on self-regulation. 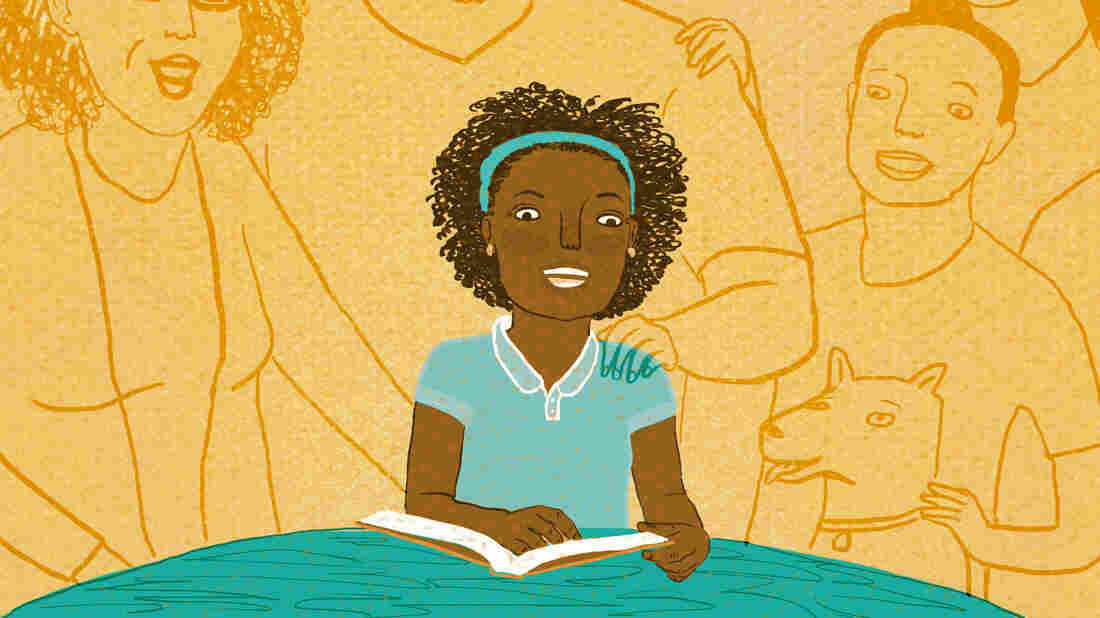 "Self-regulation is about identifying the causes and reducing the intensity of impulses and, when necessary, having the energy to resist," psychologist Stuart Shanker writes in his book, Self-Reg: How to Help Your Child (and You) Break the Stress Cycle and Successfully Engage with Life. LA Johnson/NPR hide caption 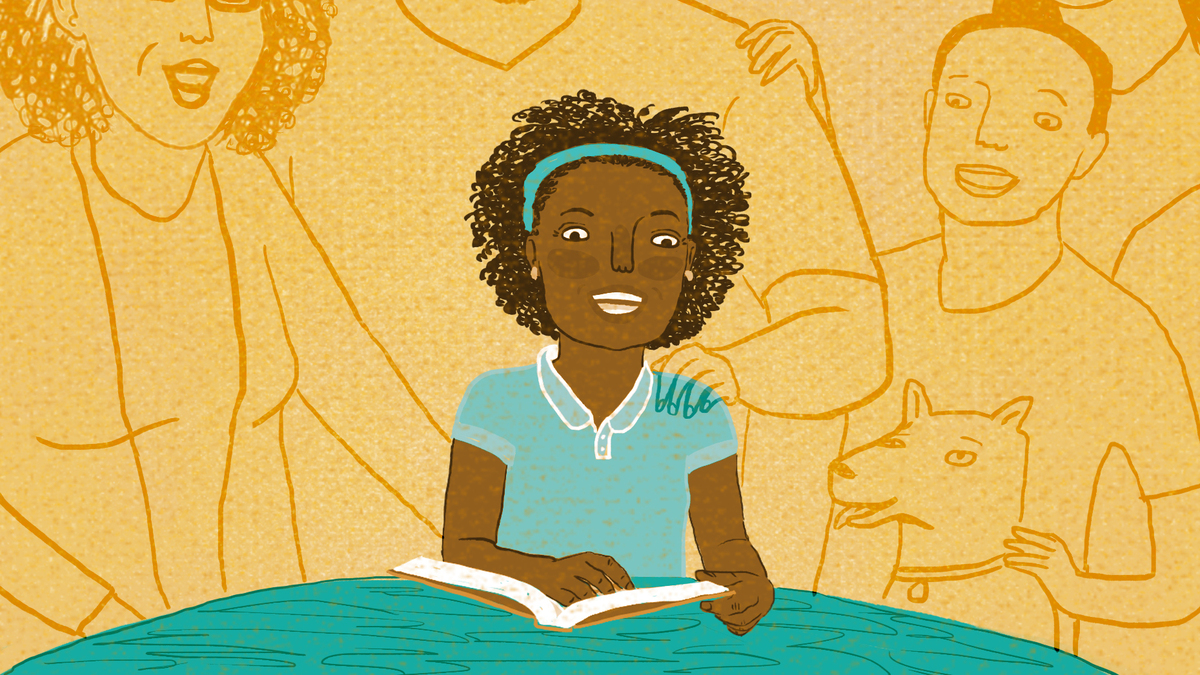 "Self-regulation is about identifying the causes and reducing the intensity of impulses and, when necessary, having the energy to resist," psychologist Stuart Shanker writes in his book, Self-Reg: How to Help Your Child (and You) Break the Stress Cycle and Successfully Engage with Life.

As parents, it can be natural enough to conclude that when our kids act up or act out — at home, at school, away at the beach or park on family summer vacation — we should tell them to calm down and be sure they follow through.

After all, isn't it our job to teach our kids to learn some self-control?

In the just-published Self-Reg: How to Help Your Child (and You) Break the Stress Cycle and Successfully Engage with Life, psychologist Stuart Shanker of York University and the MEHRIT Centre in Canada asks us — parents, teachers, coaches, anyone who mentors kids — to think not in terms of self-control but of self-regulation.

Shanker writes: "Self-control is about inhibiting impulses; self-regulation is about identifying the causes and reducing the intensity of impulses and, when necessary, having the energy to resist."

Looking at five domains in a child's life — biological, emotional, cognitive, social, and prosocial — and how they interact, we can begin, he says, to reframe our own perceptions of what's going on with our kids, as a starting point to help them gain greater calm and attention, and also empathy for others. 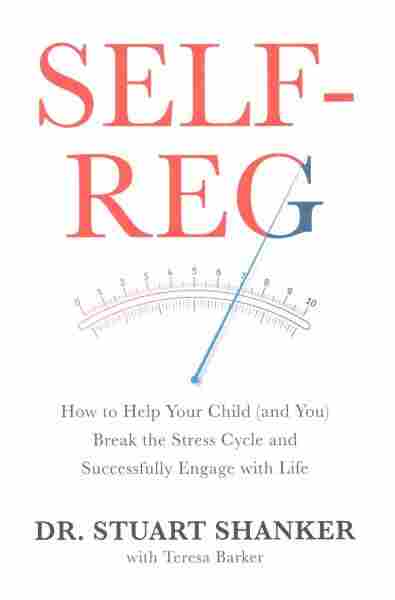 by Stuart Shanker and Teresa Barker

The biggest lesson that I've taken from Self-Reg is that when a child insists that a teacher's voice is harsh, or a restaurant or classroom is unbearably bright or loud, we need to recognize (even though we might not experience things that way at all) that the child is very probably not lying, exaggerating or trying to be oppositional. Instead, the child's biological sensitivities may make her exquisitely reactive in a way that triggers a constant cycle of over-arousal-crash-over-arousal as she tries to cope. That's where Self-Reg comes in, with strategies for regulating the out-of-whack nervous system.

And the worst thing we can do is to ask our kids to calm — or even go to sleep — by playing with computer or gaming devices. That sort of activity only feeds brain and body hyperactivity, and when the child eventually becomes depleted, he will crave even more arousal.

Stuart Shanker and I have collaborated on research and writing projects in anthropology and psychology. Last week, after I read Self-Reg, I asked him some questions via email:

I was very struck by your point that many young children today simply don't know what the sensation of "calm" feels like. How did we get to this point, and what are the first steps that parents and teachers can take, in turning that around?

Kids get stuck in what neuroscientists call a "higher set point" — think of a car with a higher idling speed — and seek out experiences to keep their engine racing. They become so accustomed to this state that they find slower-paced activities aversive. They push their nervous system to its limits, crash, then push to the limits again. Parents need to slow things down with them. Find shared calming activities — like going for a walk, listening to music, baking — where the reward is being in this state together. The big thing is, they need to feel what it's like to be calm, not be told to "calm down."

The "Interbrain" is a key concept in your book. Can you talk a bit about what it is and why it matters so much?

The Interbrain is like a wireless brain-to-brain connection that operates, not just between a "higher-order brain" that possesses self-regulating skills and a developing brain just acquiring them, but throughout the lifespan. Our need for strong Interbrain connections is a biological imperative, and when that need wanes, this is a sign that the stress-load is too great. The old "genetic" way of thinking about the brain as an isolated organ governed by ancient mechanisms actually describes what human functioning is like when social engagement has broken down because of heightened stress.

Do parents or teachers ever snort disbelievingly at your insistence that there are no bad kids, or tell you, "look, these kids need to toughen up — if we fix for them every little sensory annoyance they'll never function in the real world?" I think it can be hard for all of us, at first, to grasp the idea you write about, of an escalating cycle of over-arousal that may be set off by sensations that — to a hyper-sensitive child — aren't small at all.

One of the most rewarding experiences has been to see teachers who did more than just snort go on to become Self-Reg champions. We place so much emphasis on how a child's learning of "calm" has to be experiential, but the same point applies to Self-Reg: You have to feel and not just read about the changes that occur when you help a child self-regulate in order to get past your initial resistance. What you are describing in your question is that true empathy for children that is our species' greatest strength.

It seems a profound realization for all of us as parents to hear what you say in Self-Reg: "All too often we confuse our needs with the child's. We seek to make children more manageable, rather than self-managing." Your program aims to change that, and has caught on not only in Canada but internationally. Why do you think this shift from managing kids to helping kids with self-reg is touching such a chord?

I think there are two reasons. The first is, because the stress that children are under today has become far too great, and for that reason, we are seeing so many problems in mood, behavior, and attention as well as a sharp rise in physical health problems. To understand why this is happening we have to recognize the many different kinds of stress that kids are under, hidden as well as overt, and learn how to distinguish between misbehavior and stress-behavior.

But the second part of the answer is that our own stress drops dramatically when we shift from trying to enforce compliance to reducing the causes of challenging behaviors and teaching kids how to do this for themselves.

Barbara J. King is an emerita anthropology professor at the College of William and Mary. She often writes about the cognition, emotion and welfare of animals, and about biological anthropology, human evolution and gender issues. Barbara's most recent book on animals is titled How Animals Grieve and her forthcoming book is Personalities on the Plate: The Lives and Minds of Animals We Eat. You can keep up with what she is thinking on Twitter: @bjkingape.