Accessibility links
What Is A Paradigm Shift, Anyway? : 13.7: Cosmos And Culture Thomas Kuhn, the well-known physicist, philosopher and historian of science, was born 94 years ago today. Psychologist Tania Lombrozo takes a look at what his "paradigm shift" really means. 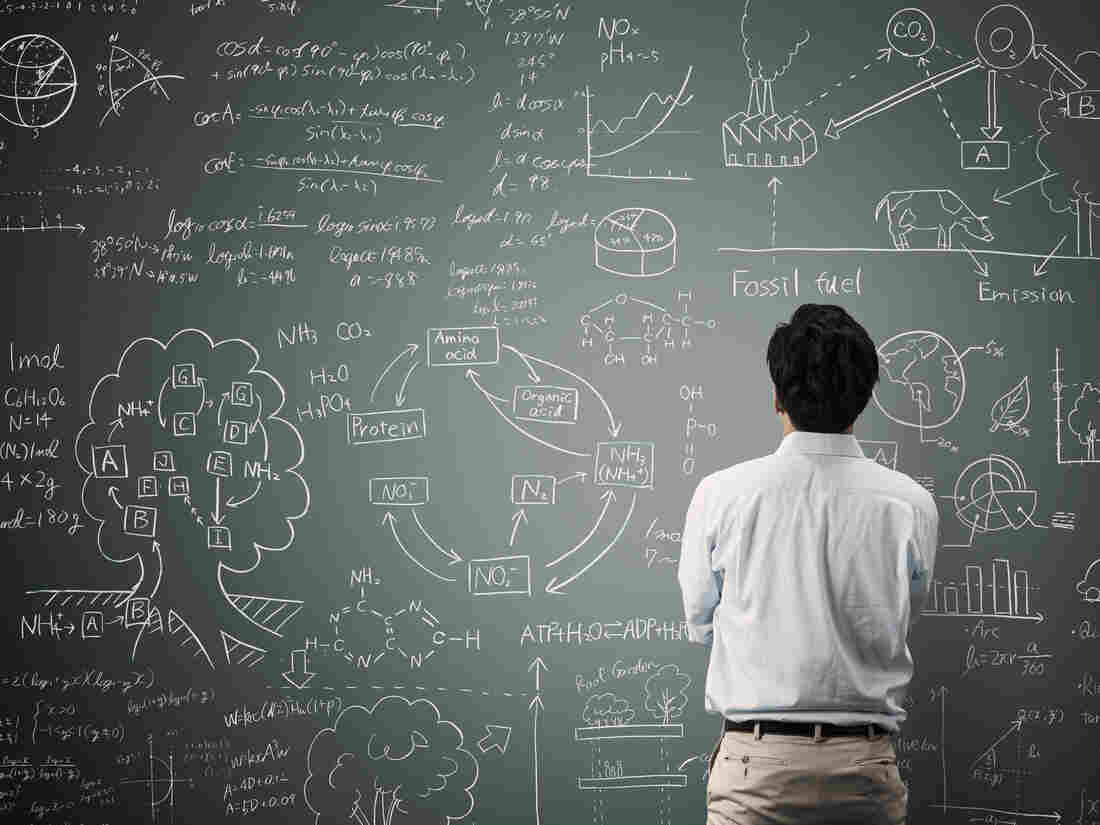 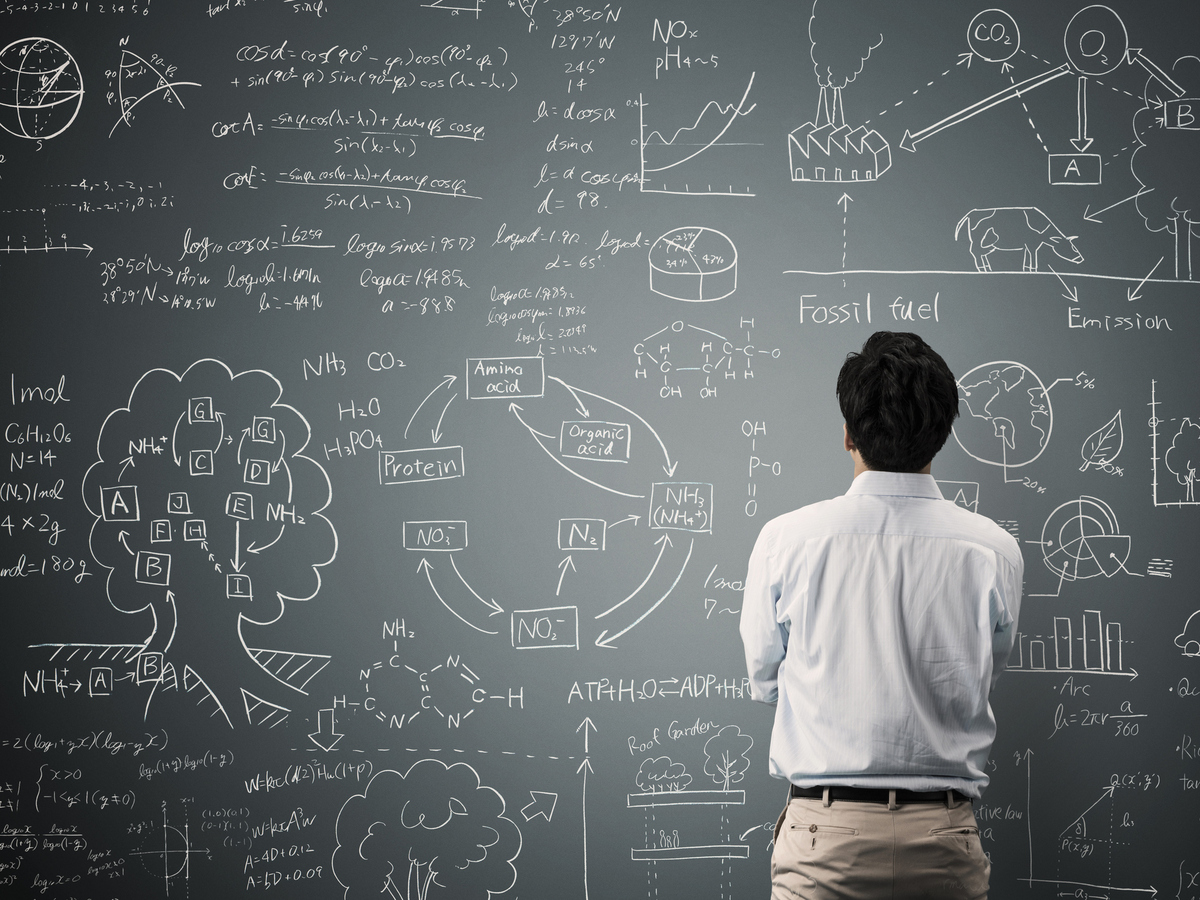 Thomas Kuhn, the well-known physicist, philosopher and historian of science, was born 94 years ago today. He went on to become an important and broad-ranging thinker, and one of the most influential philosophers of the 20th century.

Kuhn's 1962 book, The Structure of Scientific Revolutions, transformed the philosophy of science and changed the way many scientists think about their work. But his influence extended well beyond the academy: The book was widely read — and seeped into popular culture. One measure of his influence is the widespread use of the term "paradigm shift," which he introduced in articulating his views about how science changes over time.

Inspired, in part, by the theories of psychologist Jean Piaget, who saw children's development as a series of discrete stages marked by periods of transition, Kuhn posited two kinds of scientific change: incremental developments in the course of what he called "normal science," and scientific revolutions that punctuate these more stable periods. He suggested that scientific revolutions are not a matter of incremental advance; they involve "paradigm shifts."

Talk of paradigms and paradigm shifts has since become commonplace — not only in science, but also in business, social movements and beyond. In a column at The Globe and Mail, Robert Fulford describes paradigm as "a crossover hit: It moved nimbly from science to culture to sports to business."

But what, exactly, is a paradigm shift? Or, for that matter, a paradigm?

The Merriam-Webster dictionary offers the following:

Accordingly, a paradigm shift is defined as "an important change that happens when the usual way of thinking about or doing something is replaced by a new and different way."

More than 50 years after Kuhn's famous book, these definitions may seem intuitive rather than technical. But do they capture what Kuhn actually had in mind in developing an account of scientific change?

It turns out this question is hard to answer — not because paradigm has an especially technical or obscure definition, but because it has many. In a paper published in 1970, Margaret Masterson presented a careful reading of Kuhn's 1962 book. She identified 21 distinct senses in which Kuhn used the term paradigm. (That's right: 21.)

First, a paradigm could refer to a special kind of achievement. Masterson quotes Kuhn, who introduces a paradigm as a textbook or classic example that is "sufficiently unprecedented to attract an enduring group of adherents away from competing modes of scientific activity," but that is simultaneously "sufficiently open-ended to leave all sorts of problems for the redefined group of practitioners to resolve." Writes Kuhn: "Achievements that share these two characteristics I shall henceforth refer to as 'paradigms.' "

But in other parts of the text, paradigms cover more ground. Paradigms can offer general epistemological viewpoints, like the "philosophical paradigm initiated by Descartes," or define a broad sweep of reality, as when "Paradigms determine large areas of experience at the same time."

Given this bounty of related uses, Masterson asks a provocative question:

Is there, philosophically speaking, anything definite or general about the notion of a paradigm which Kuhn is trying to make clear? Or is he just a historian-poet describing different happenings which have occurred in the course of the history of science, and referring to them all by using the same word "paradigm"?

In the end, Masterson distills Kuhn's 21 senses of paradigm into a more respectable three, and she identifies what she sees as both novel and important aspects of Kuhn's "paradigm view" of science. But for our purposes, Masterson's analysis sheds light on two questions that turn out to be related: what Kuhn meant by paradigm in the first place, and how a single word managed to assume such a broad and expansive set of meanings after being unleashed by Kuhn's book.

Of course, Kuhn can't be blamed single-handedly for the way paradigm — and its shiftier cousin — have propagated in popular culture. What he did do was provide some classic examples of the term that were sufficiently unprecedented to attract adherents away from more mundane alternatives, but sufficiently open-ended to leave all sorts of possibilities for others to explore. And that, I suppose, is an achievement.