Accessibility links
Healthy Meat And Clean Kills: Can We Talk About Hunting? : 13.7: Cosmos And Culture Can a field biologist who hunts and an animal activist who doesn't have a productive conversation about hunting? Anthropologist Barbara J. King decided to find out. 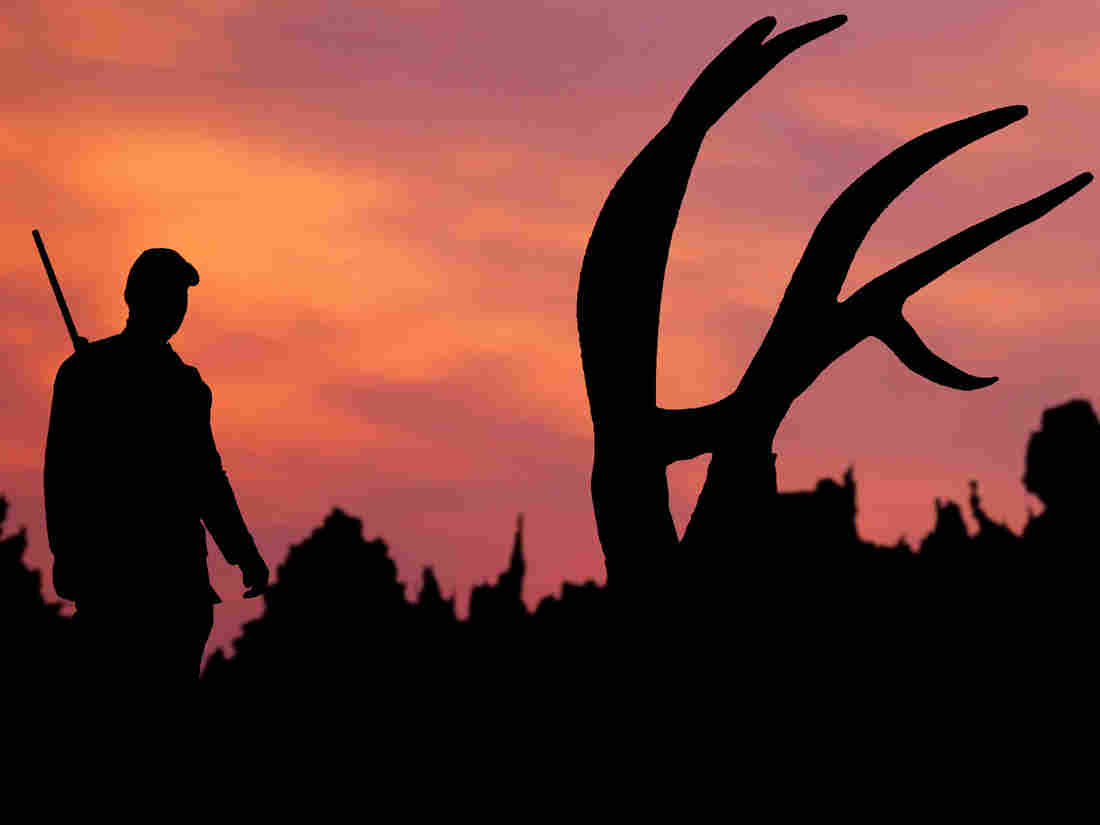 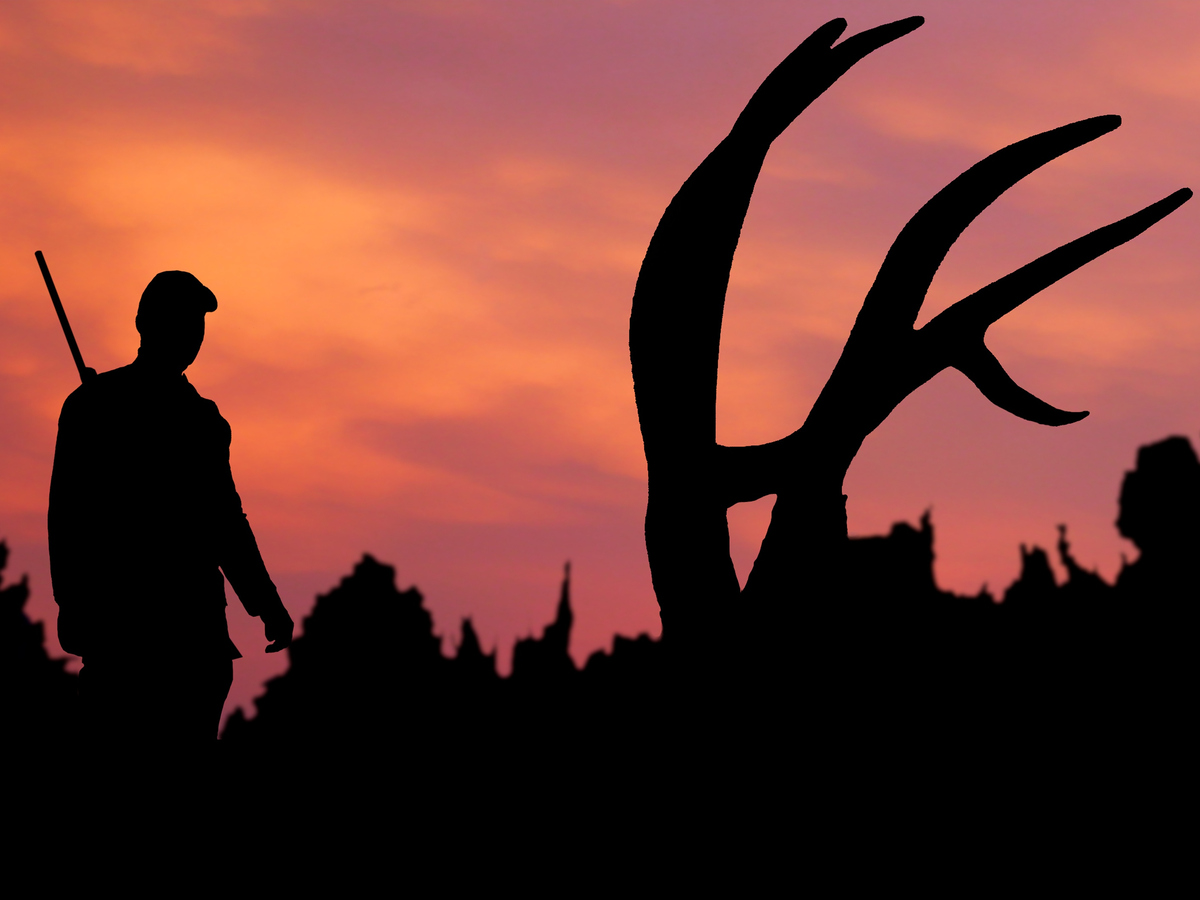 Smack in the middle of this summer of American political and societal turmoil, I'm hearing a lot about how important it is to seek out and listen to people whose ideas diverge from one's own.

None of us should want to dwell in an echo chamber. Taking up this philosophy, today I embark on a series of conversations (to appear about once a month) with people whose ideas diverge significantly from my own.

The goal? To get past hard-and-fast assumptions, to open up a space for dialogue, and see what happens.

Harry W. Greene, professor in Cornell's Department of Ecology and Evolutionary Biology and author of Tracks and Shadows: Field Biology as Art, agreed to join me via email to talk about hunting. We started out with a focus on the reptiles Greene has studied for decades, took on the thornier issue. Our full conversation appears here:

Thank you for teaching me, through your writing and through our informal interaction on social media, so much about snakes. This month, when I saw a venomous snake on a pond a few miles from my house — which you later identified for me from my photograph as a cottonmouth — I was fascinated! In Tracks and Shadows, you write that snakes challenge us "to go beyond introspection, language, facial expressions, and nonverbal gestures with which we identify mental events in ourselves and near relatives." Can you say a little bit more about what you mean, and maybe given an example or two?

Better I'd said "think we identify," because as you've also written, the challenge is to go beyond subjective impressions, use what my Ph.D. advisor Gordon Burghardt terms "critical anthropomorphism" to ask about other minds. As Frans de Waal points out, an evolutionarily reasonable assumption is that similar external manifestations in other primates indicate similar internal mentalities.

Unfortunately, the other side of that coin often presumes not much goes on inside critters who lack facial movements with which we empathize — yet your cottonmouth, as a youngster, intentionally used its greenish caterpillar-like tail to lure food-size frogs (but not mice or bigger frogs) to their doom. As an adult, although hungry from pregnancy, she will postpone feeding for a week or more to guard her newborn pups through their first skin-shedding cycle.

Even more dramatically, ambush-hunting rattlesnakes push aside vegetation that could block a predatory strike hours or even days later. These and other recent discoveries imply far more complex inner worlds — ethologist Burghardt's "private experiences" — than we've previously imagined, and I hope they inspire more positive attitudes toward snakes!

We read and appreciate each other's work, yet we lock horns on the ethics of hunting. So let's explore this. You note in the book being a "bipedal primate hunter" who is "repulsed by industrial meat production" and describe some of your kills. You quote a friend who says that "beyond healthy meat and clean kills, what hunters most stand to gain is an honest, personally illuminating experience." What kind of experience is that? How do respond to people (like me) who flinch at the notion of putting a personal experience above an animal's wish to live?

Thanks Barbara, for the chance to explore our differences. Actually, I don't put that "illuminating experience" in and of itself above the lives of other organisms, wouldn't feel justified hunting for sport — I shoot deer for food and feral pigs to control their numbers, consuming them, too, whenever possible. Of course, one can claim today nobody needs to hunt, but that seems condescending to low-income rural people and hypocritical coming from those who buy their meat, given I'm taking responsibility for my omnivory rather than paying industry to do the slaughtering.

And beyond eating healthy, I do gain personal satisfaction in hunting, through being more of a participant in, rather than a spectator of, ecological processes; hunting for food amounts to a deeply provocative engagement, the likes of which even as a life-long nature lover I've never otherwise experienced. Since killing that first Texas doe, seven years ago, I'm more than ever grateful for every meal, and incidentally, having tried catch-and-release fishing, I believe I'm behaving more respectfully toward mammals I kill and eat than those fish I hooked, struggled to land, and released.

Let's talk about patterns of hunting beyond your own. In her book Eating Earth, Lisa Kemmerer writes that most hunters don't target vulnerable or sickly deer or other animals, or the females who reproduce, but instead seek big bodies, big antlers, the big prize. She also writes: "If deer (and other hunter-target species) are at risk of overpopulation and starvation, shouldn't FWS [the U.S .Fish and Wildlife Service] stop eliminating (and start protecting) their natural predators?... If hunters are sincerely concerned about wildlife overpopulation and starvation — for prey or predators — why do they shun immunocontraceptives that have proven 80% effective?" How would you respond to these points?

Firstly, I share a widely held opinion that eating less meat is good in terms of environmental impact, reducing animal suffering, and human health. Also, among activities encompassed by hunting, I, too, find some practices deplorable, from taking bad shots and trespassing to killing predators for sport. I cannot fathom shooting a coyote for fun.

Nonetheless, Kemmerer's generalizations are misleading. The folks with whom I hunt do target does and, in some circumstances, older, non-trophy bucks; all of us are biologist-educator-conservationists, and we actively support the existence of healthy predator populations. Kemmerer's claim that contraceptives could regulate deer numbers across the eastern U.S. is logistically and financially unrealistic, her implication that FWS has done nothing to conserve predators false— counter-examples include black-footed ferrets, Florida panthers, and American crocodiles. And those things said, even in small populations, every deer will die, typically of disease, starvation, or violence dispensed by other deer, predators, vehicles, or hunters. Six decades of field experience with all those options tells me that a quick violent death, however unpleasant to contemplate, usually affords the least suffering. Indeed, I can't imagine how it could be otherwise, except for those of us and our pets with the luxury of advanced medical care.

My main "takeaway" from talking with Greene centers around three points. Animal activists (I include myself in this group) would do well to resist characterizing all hunters as enthusiasts who kill for sport with a focus on prime-age males. I appreciate Greene's intention to reduce population-level animal suffering. And it's important to keep a clear eye on the scientific findings regarding the efficacy of animal contraception.

I checked this out with Allen Rutberg of Tufts University's Center for Animals and Public Policy, who told me by email:

"Across the rural and natural landscape, contraception will never be effective at controlling most wildlife populations, at least as long as we need to put a dart in each animal that we need to treat."

But Rutberg told me other things, too: Population effects of contraception efforts to control deer are site-specific; suburban deer populations have been reduced between 20 percent to 50 percent at three field sites.

If deer suffer difficult deaths due in large part to overpopulation, we can continue to explore in which areas methods of population control other than hunting might be effective.

And, returning to a comment of Greene's, those of us who don't "buy their meat" can point out that not eating meat is another humane alternative.

Talking with Greene did enhance my thinking about hunting; thanks to him, I learned new things. I haven't, though, found a way to understand the hunter's joy for the "deeply provocative engagement" that ends in killing a healthy animal who is going about his or her life with his or her own sets of concerns.

Animal do suffer from sloppy shots, from bow-hunting attempts where death does not come quickly, and from the disintegration of a family when one of its members is killed. Here are some comments on that topic from author and hunter Tovar Cerulli.