Accessibility links
Ancient Zen Advice On How Not To 'Be A Jerk' : 13.7: Cosmos And Culture While author Brad Warner's approach to 13th-century Japanese Zen master Eihei Dogen may be unorthodox, its freshness might be exactly what the doctor ordered, says Adam Frank. 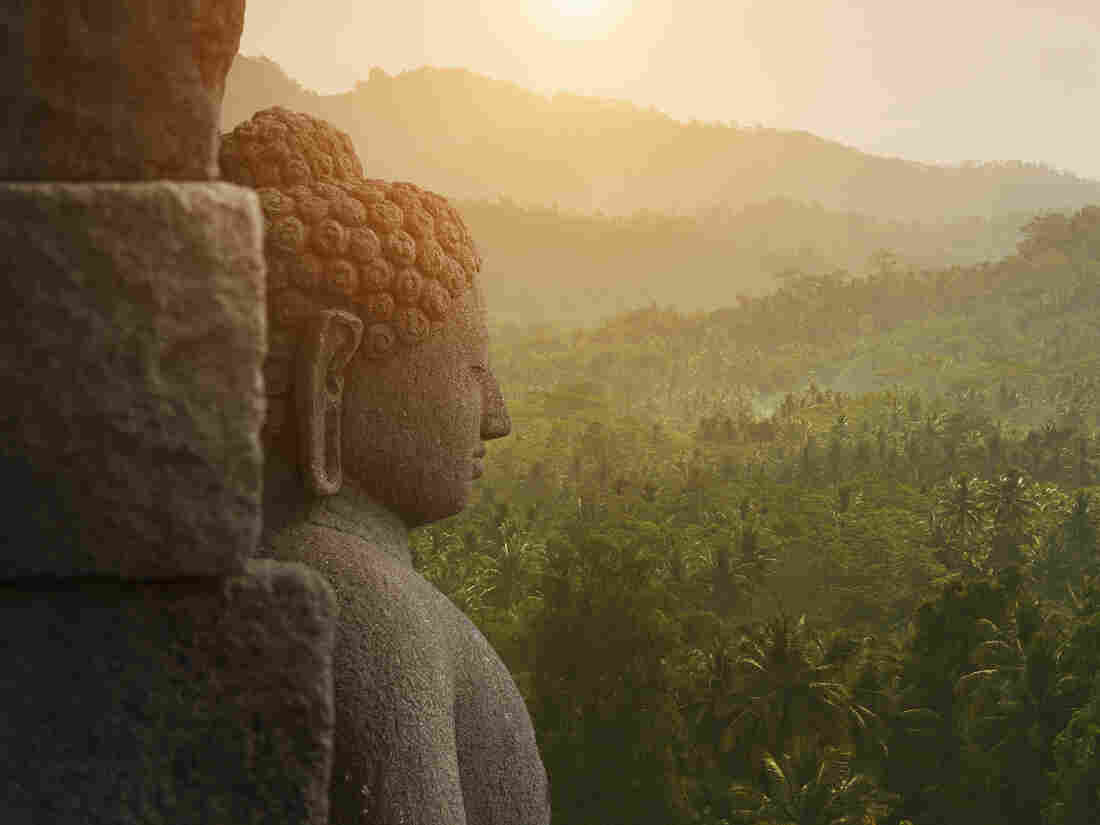 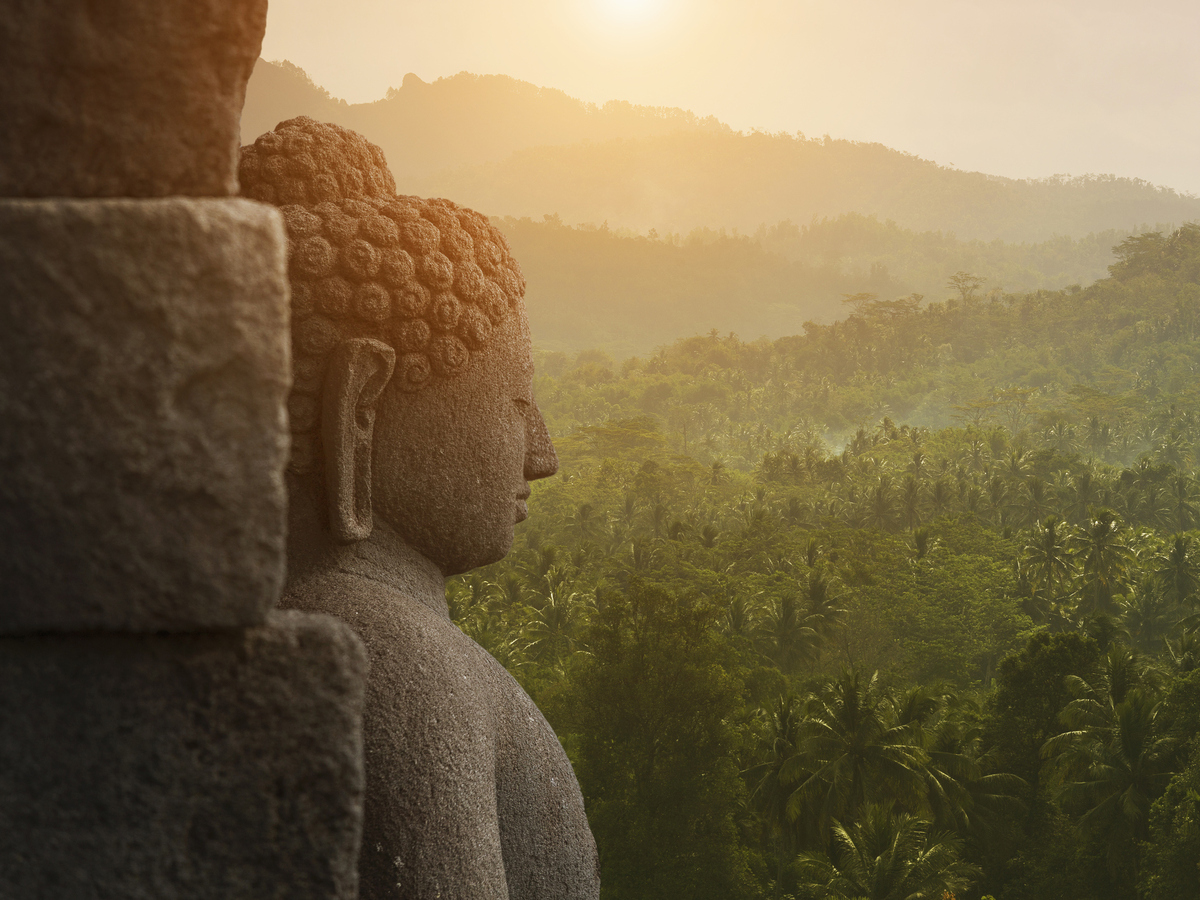 A few months back, I wrote a post titled The Most Important Philosopher You've Never Heard Of. My point in that piece was to introduce readers to Eihei Dogen, a 13th-century Japanese Zen master who is considered, by many, to be one of the world's most subtle thinkers on issues of mind and being.

The language in Dogen's writings is, however, a barrier to many who first encounter his work. His "up is down," "yes is no" oppositions are par for the course in Zen writings, since the whole point is to find an experiential path past the idea of dualities. Still, trying to read Dogen for the first time can be trying, to say the least.

Overcoming that difficulty was exactly the inspiration for Brad Warner's new book Don't Be a Jerk: And Other Practical Advice from Dogen, Japan's Greatest Zen Master.

If the title seems a bit surprising, so is Brad Warner. His career has been nothing if not iconoclastic. A bass player for the punk rock bands 0DFx and Dementia 13, Warner also spent time in Japan working in the "monster" movie industry (think Godzilla, Ultraman, etc.). 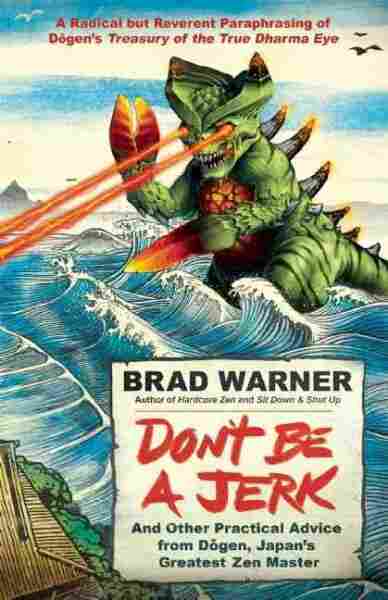 Don't Be a Jerk

And Other Practical Advice from Dogen, Japan's Greatest Zen Master: A Radical but Reverent Paraphrasing of Dogen's Treasury of the True Dharma Eye

Title
Don't Be a Jerk
Subtitle
And Other Practical Advice from Dogen, Japan's Greatest Zen Master: A Radical but Reverent Paraphrasing of Dogen's Treasury of the True Dharma Eye
Author
Brad Warner

All the while, he was pursuing studies in Zen that eventually led to his ordination as a priest in the Soto lineage. Warner's Zen writings (and blogging) have always retained something of an outsider's eye. His books have titles like Hardcore Zen: Punk Rock, Monster Movies and the Truth About Reality; and Sit Down and Shut Up; and Zen Wrapped in Karma Dipped in Chocolate:  A Trip Through Death, Sex, Divorce, and Spiritual Celebrity in Search of the True Dharma.

Not exactly what you'd expect from a Zen teacher.

The same kind of spirit inhabits his new book about Dogen. The purpose of Don't Be a Jerk is to walk readers through Dogen's most famous writings about Zen practice and its meaning (for lack of a better word). But rather than present the texts in word-for-word translation, Warner updates them in his own particular style. Consider this passage by Warner on Dogen's explanation of how the seated contemplative practice of zazen leads to an experience of the dharma (the way or truth of the world):

"Zazen is not meditation or concentration. Zazen is the peaceful and joyful gate to the dharma. The whole universe opens up to you. If you do it this way you'll be like a geek at a comic book convention or like Luke Skywalker when you hit the thermal exhaust port. Then the dharma will manifest before you and darkness and distraction will vanish like the Death Star blowing up."

Or how about a bit where Dogen explains the urgency of using our time to practice zazen, which Warner gives to us as:

"It is very difficult to attain human body. You should use this rare opportunity to concentrate on what's most important. We shouldn't waste time with fleeting pleasures like watching reruns of The Flintstones. Life is short, snuffed out in an instant, over in a flash. Get to work now."

After presenting his version of Dogen's writings, Warner then steps back to explain himself:

" ... of course Dogen didn't say anything about watching reruns of The Flintstones. What he did say is usually translated as 'Who would take wasteful delight in the spark of a flint stone?' But I have never once been able to read or chant that without thinking of Fred and Barney. Now you won't be able to either."

I think these few pieces of Warner's book will give you a sense of his approach. He is playful at times — and silly at others. Of course, there may be some folks who find his approach offensive or disrespectful.

I'm not one of them.

What's clear in reading Warner's book is his deep respect and lifelong engagement with Dogen. I have spent decades of my own life trying to unpack this 800-year-old voice from medieval Japan because, behind all the paradox and poetry, something powerful seems to shine through. So while Warner's approach to Dogen may be unorthodox, its freshness might be exactly what the doctor ordered for anyone wanting a way in to the old monk's still fresh perspective.