Accessibility links
Evolution In Art And Science: From 'The Get Down' To 'Hamilton' : 13.7: Cosmos And Culture Always new but always building on ground that's already been covered, science and art evolve in similar ways because they are the foundation of culture's imaginative landscape, says Adam Frank. 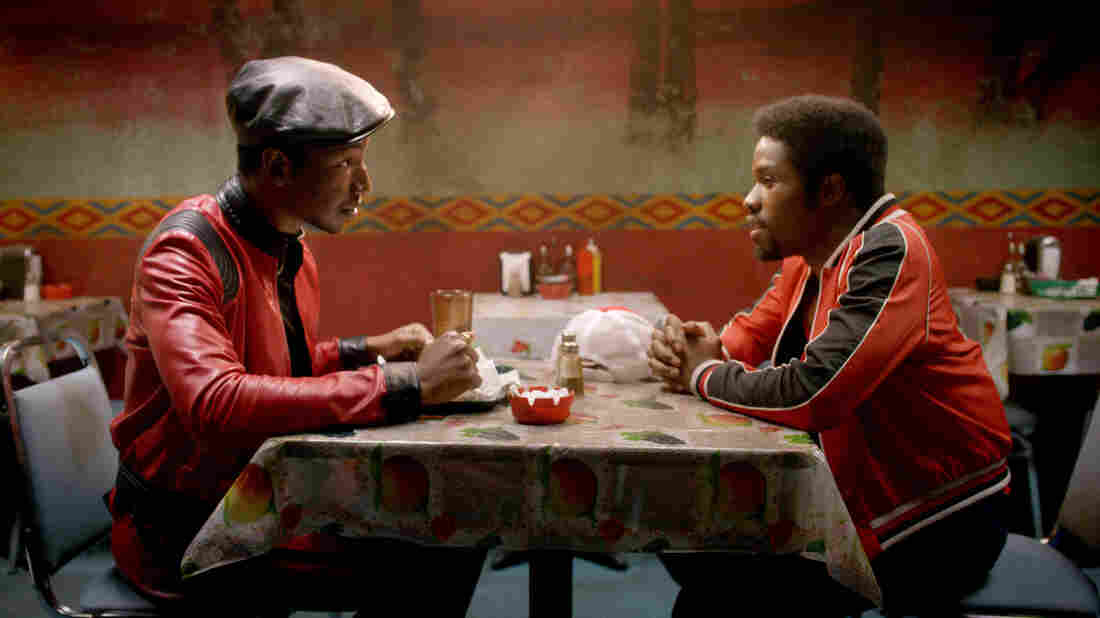 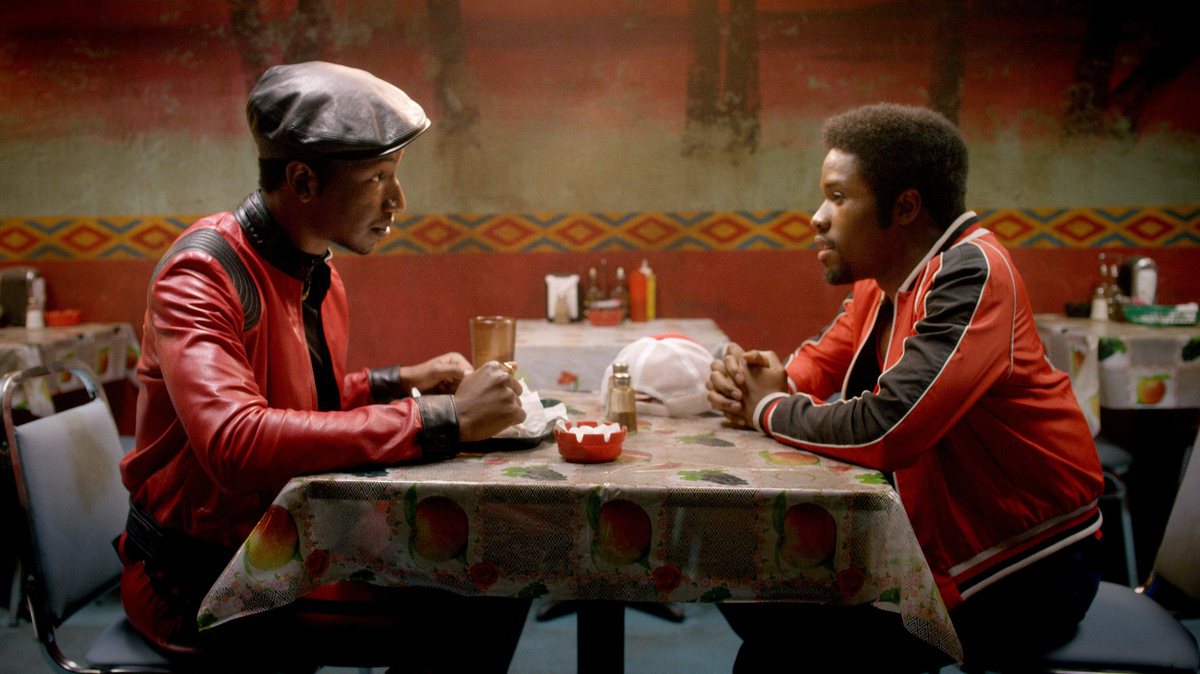 Mamoudou Athie and Shameik Moore in a scene from The Get Down.

For me, this summer's awesomeness has been the gift of both. For the last three weeks, my focus has been pinned on Netflix's new series The Get Down and — just as important — the soundtrack to the musical Hamilton. Between them, I've been thinking about the arc of art and science and how they can evolve in similar ways.

The Get Down follows the birth of hip-hop in the New York City of 1977 (but don't expect an exacting history, it's a Baz Luhrmann production). The city of those years was a remarkable mess. It was beat up and beat down but was also glorious in its way. New York in the final years of the 1970s was also a hot house of new music. I was 15 in the year the series takes place and living in the industrial wastelands of North Jersey: Belleville, Newark, Paterson and Kearny. I was young, poor and pissed off. Disco ruled the airwaves and I hated disco. I was listening to Springsteen. I was listening to punk via the Ramones and Richard Hell and Voidoids.

I was listening to — and in search of — anything but disco.

I had been coming into Manhattan since I was kid. Most of my extend family lived there. And from the time I was six, my dad lived on West 77th St. near Broadway. By the time I was 13, I had started taking the Path train in by myself, exploring the city from Inwood Park down to the Lower East Side. Record stores, book stores, taking the subway wherever it led — it was a good education.

As the decade wore on, what would become the culture of hip-hop was making itself known across the city via the sides of subways or in the parks with guys breakdancing. Then, in 1979, The Sugarhill Gang scored a hit with Rapper's Delight. For a kid looking for something that was not the endless syrup of disco, the beats of rap were like a thunderstorm. By the early 80s, I was turned on to Grand Master Flash and the Furious Five and their track The Message. It was all revelation.

Now flash forward 40 years. For a couple of years I've been hearing about the musical Hamilton. My general response was: "A rap musical about the guy who wrote the Federalist Papers. That could be interesting." Then, a few weeks ago, I finally dialed up the soundtrack on Spotify.

Lots of people have written lots of words about the brilliance of Lin-Manuel Miranda's Hamilton as an interpretation of American history. I'll spare you my thoughts on that (but, oh man, is it brilliant!). The main point today is more focused: the use of hip hop's musical mechanics to light up a specific kind of narrative like, for example, a post-revolutionary war cabinet meeting. The pieces are all so damn good. Turning constitutional conflicts into rap battles with serious attention to historical policy details is definitely a new and awesome idea. 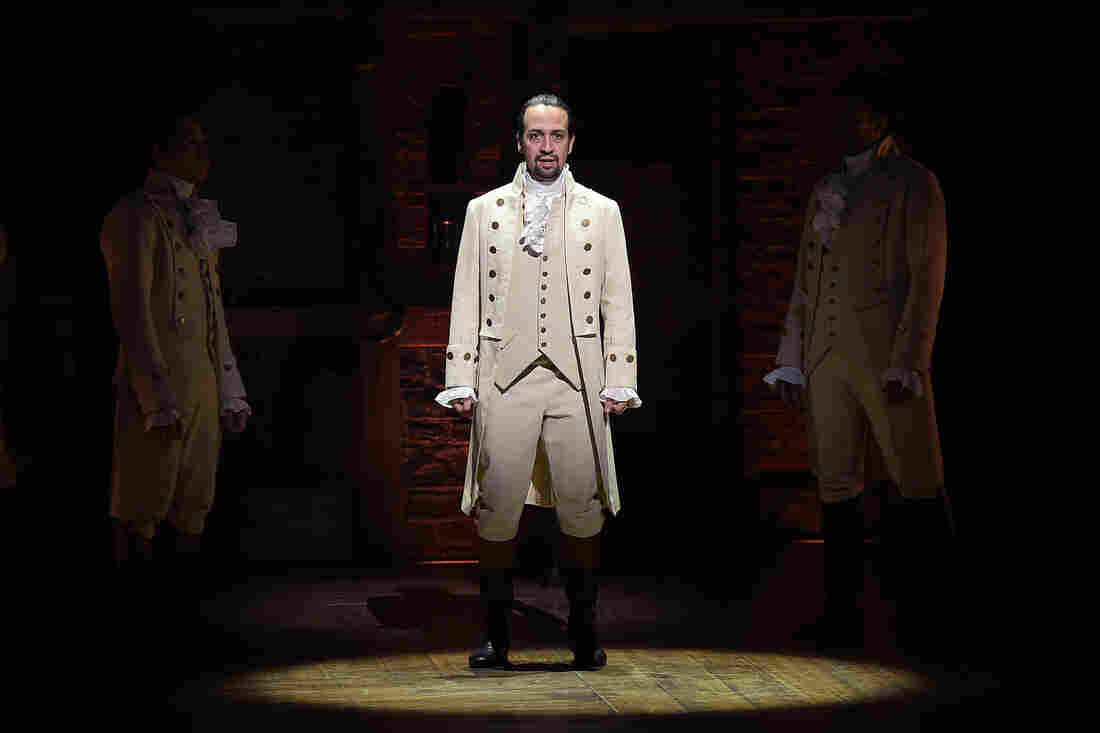 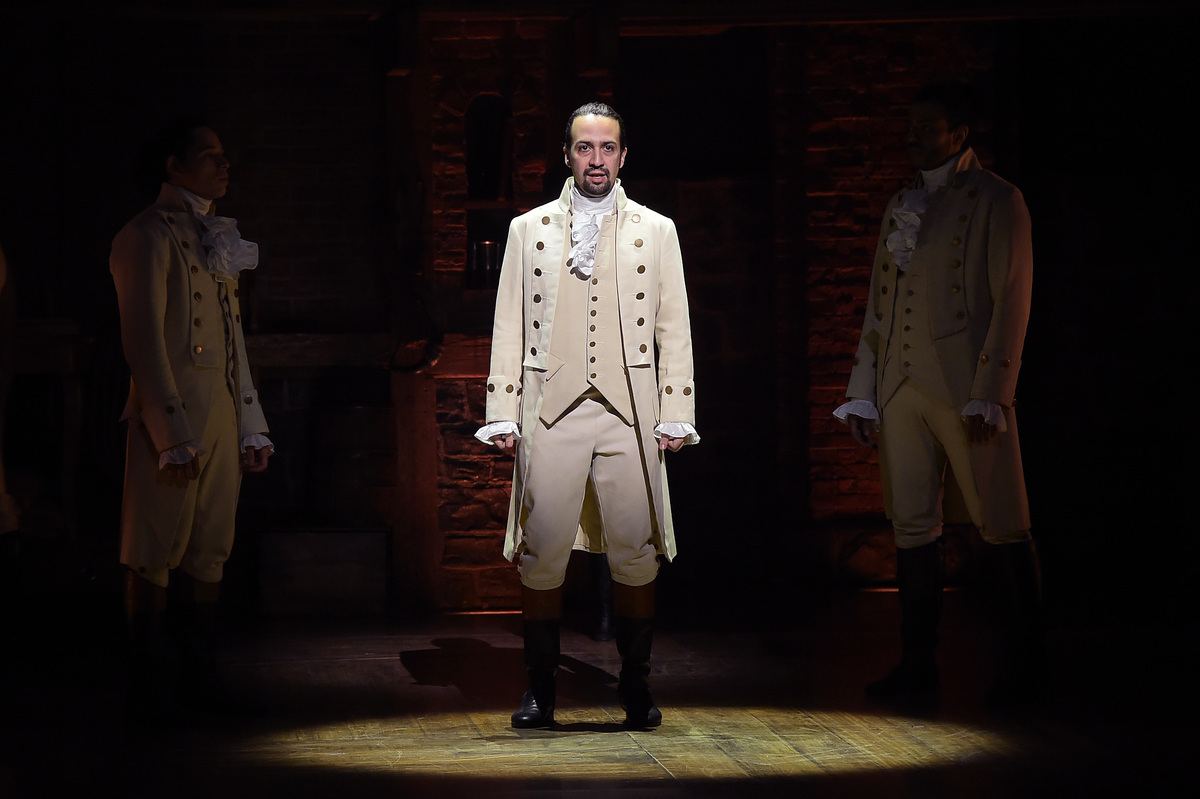 Lin-Manuel Miranda performs a song from Hamilton during the Grammy awards on Feb. 15.

But that new and awesome idea in Hamilton is really just an extension of what was happening with The Message all those years ago (Grand Master Flash is both an associate producer and major character in The Get Down). It is, in fact, another development in the ongoing process of creation that began in 1977 in Queens and the Bronx. That is, after all, how art works. New ideas emerge, take root and grow into rich ecosystems of culture. Seeing that arc is what I'm struck by in watching The Get Down and listening to Hamilton. It's the trajectory of human genius and human creativity.

It's also a trajectory that's played out in science.

Let me give you one example. In 1687, Isaac Newton wrote his masterwork Principia where he presented (among other things) his three laws of mechanics. These were mathematical rules for articulating the relationship between forces and motion. The laws were revolutionary. For the first time there was a way to tie cause to effect in a clear, mathematically precise way. With Newton, humanity saw that the same laws governing the falling of stone also controlled the motion of the planets.

Scientists built quickly on the edifice Newton constructed. The language he gave them proved flexible enough to let them create — to extend his ideas to new applications. But Newton's language was also a little clunky. It was kind of hard to work with it in complex situations. That was why, over the next 200 years, new formulations of Newton's basic laws would appear. First there was Joseph-Louis Lagrange and, later would come the work of William Hamilton. Both physicists invented new ways of embracing Newton's insights. But their work also led to even deeper and more far-reaching insights into things like the nature of symmetries. If I was reaching (or perhaps overreaching) for a comparison, I would say that Run DMC is to A Tribe Called Quest as Newton was to Hamilton. New directions, taken within a given form, open new worlds that then wait for their own exploration.

Always new but always building on ground that's already been covered. Science and art evolve in these similar ways because they are both the foundations of culture's imaginative landscape.