Accessibility links
What If Evolution Bred Reality Out Of Us? : 13.7: Cosmos And Culture Commentator Adam Frank talks with professor Donald Hoffman about Hoffman's big radical idea: Evolution and objective reality have almost nothing to do with each other.

What If Evolution Bred Reality Out Of Us?

What If Evolution Bred Reality Out Of Us? 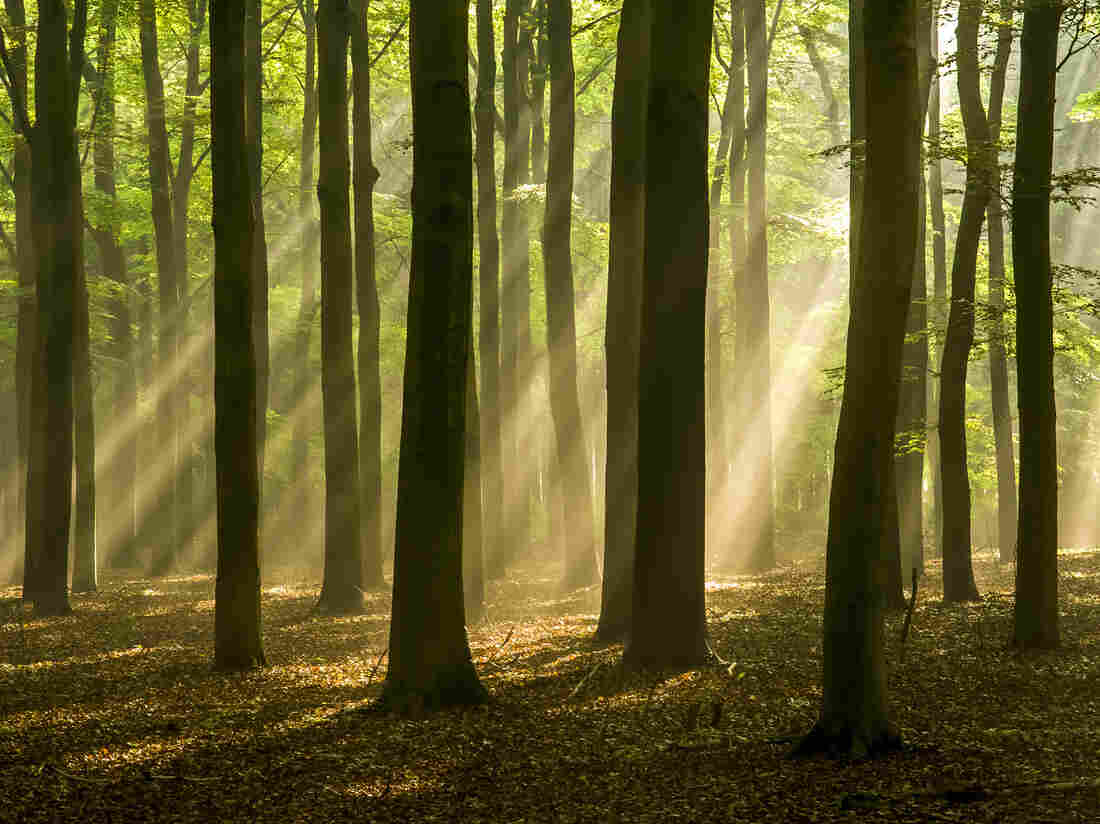 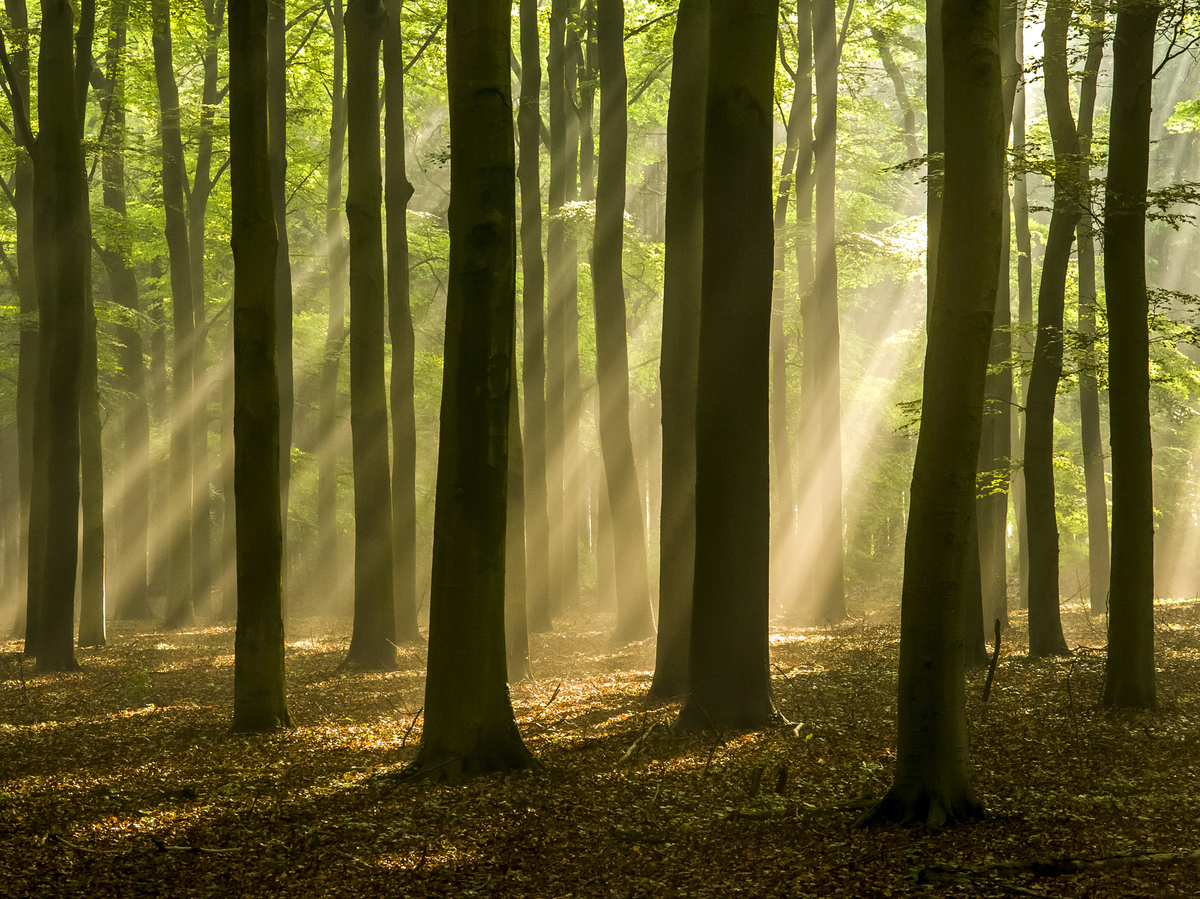 Look around you. What do you see?

Other people going about their business? Rooms with tables and chairs? Nature with its sky, grass and trees?

All that stuff, it's really there, right? Even if you were to disappear right now — poof! — the rest of the world would still exist in all forms you're seeing now, right?

This kind of metaphysical question is something you'd expect in a good philosophy class — or maybe even a discussion of quantum physics. But most of us wouldn't expect an argument denying the reality of the objective world to come out of evolutionary biology. After all, doesn't evolution tell us we've been tuned to reality by billions of years of natural selection? It makes sense that creatures that can't tell a poisonous snake from a stick shouldn't last long and, therefore, shouldn't pass their genes on to the next generation.

That is certainly how the standard argument goes. But Donald Hoffman, a cognitive scientist, isn't buying it.

For decades, Hoffman, a professor at the University of California, Irvine, has been studying the links between evolution, perception and intelligence (both natural and machine). Based on that body of work, he thinks we've been missing something fundamental when it comes to fundamental reality.

Fundamentally, Hoffman argues, evolution and reality (the objective kind) have almost nothing to do with each other.

Hoffman's been making a lot of news in recent months with these claims. His March 2015 TED talk went viral, gaining more than 2 million views. After a friend sent me the video, I was keen to learn more. I called Dr. Hoffman, and he graciously set aside some time for us to talk. What followed was a delightful conversation with a guy who does, indeed, have a big radical idea. At the same time, Hoffman doesn't come off as someone with an ax to grind. He seems genuinely open and truly curious. At his core, Hoffman says, he's a scientist with a theory that must either live or die by data.

So, what exactly is Hoffman's big radical idea? He begins with a precisely formulated theorem:

"Given an arbitrary world and arbitrary fitness functions, an organism that sees reality as it is will never be more fit than an organism of equal complexity that sees none of reality but that is just tuned to fitness."

So let's unpack Hoffman's theorem for a moment. To paraphrase the website Understanding Evolution, "fitness" is used to describe how good a particular organism is at getting its offspring into the next generation relative to the other organisms around it. When people study evolution using mathematics or computers, they imagine there are compact ways of describing what makes an organism fit for a particular environment. That's what they mean by "fitness functions."

So imagine you have two kinds of creatures living in an environment. The first is tuned to respond directly to objective reality — the actual independent reality out there. The other creature has behavior only tuned to its, and the environment's, fitness function. The second creature couldn't care less about what's really going on in reality. What Hoffman's theorem says is the fitness-tuned critter will — almost always — win the evolution game.

To see how this works, consider an example Hoffman describes in an interview with Quanta Magazine. He begins by imagining a resource like water whose real-world quantity has been objectively ordered — very little water, medium amounts of water, lots of water. According to Hoffman, most fitness functions won't be direct responses to something like this ordering. Instead they will be like bell curves. Too little water is bad (death by desiccation), but so is too much water (death by drowning). That means evolution would tune the organism's behavior so that too little and too much water would both be bad and both generate the same kind of response (perception). Only the moderate amount of water would generate a different response. As Hoffman puts it:

" ... an organism tuned to fitness might see small and large quantities of some resource as, say, red, to indicate low fitness, whereas they might see intermediate quantities as green, to indicate high fitness. Its perceptions will be tuned to fitness, but not to truth. It won't see any distinction between small and large — it only sees red — even though such a distinction exists in reality."

To test this idea, Hoffman and collaborators have run evolutionary simulations with different kinds of fitness functions — some of those tuned to reality and some having nothing to do with reality. The non-reality functions almost always win. For Hoffman, the consequences of these studies are profound. As he told me:

"We assume the 'predicates' of perceptions — space, time, physical objects, shapes — are the right ones to describe physical reality. And this theorem says that [such] predicates are [the wrong ones] almost surely."

In other words, evolution couldn't care less if you perceive objective reality. It only wants you to have sex successfully. As a consequence, your apprehension of the world is tuned to whatever allows that to happen. Thus, your perceptions at the root level have nothing to do with some fundamental physics upon which the fundamental nature of objective independent reality is constructed.

Hoffman then builds something even more radical out of his broken link between objective reality and evolution. He calls it conscious realism, and it's based on the premise that "circuits of conscious agents" are what end up defining experienced reality. While there clearly is a world separate from us, Hoffman says, evolution does not give us access to that. Instead, he claims, it's our interactions as conscious agents that give shape to the reality we experience. "I can take separate observers," he told Quanta Magazine, "put them together and create new observers, and keep doing this ad infinitum. It's conscious agents all the way down."

This is a pretty head-spinning stuff. Our perceived reality has nothing to do with the world in and of itself? That's the kind of thing that's bound to piss off a whole lot of people in a whole lot of fields. I asked Hoffman about the reaction to his work. "All over the map," he replied. "I'm either a genius or an absolute stupid idiot. The emotions are pretty strong."

Indeed, criticisms both closely reasoned and otherwise can be found from a variety of sources. For myself, I find the logic in Hoffman's ideas both exciting and potentially appealing because of other philosophical biases I carry around in my head. Also, it's clear from the body of his work that Hoffman has been seriously attacking the problem from a range of angles for a while.

But the ideas are also so radical that I'm inclined to think they're wrong (as most ideas this radical tend to be). It's gonna take a lot of proof to tip the scales in my (and most others') view.

But that's as it should be. And what I really like about Donald Hoffman is his cheerful willingness to let the fur fly.

Let the games (evolutionary and otherwise) go on!