Evolution Uproar: What To Do When A Famous Author Dismisses Darwin

Evolution Uproar: What To Do When A Famous Author Dismisses Darwin 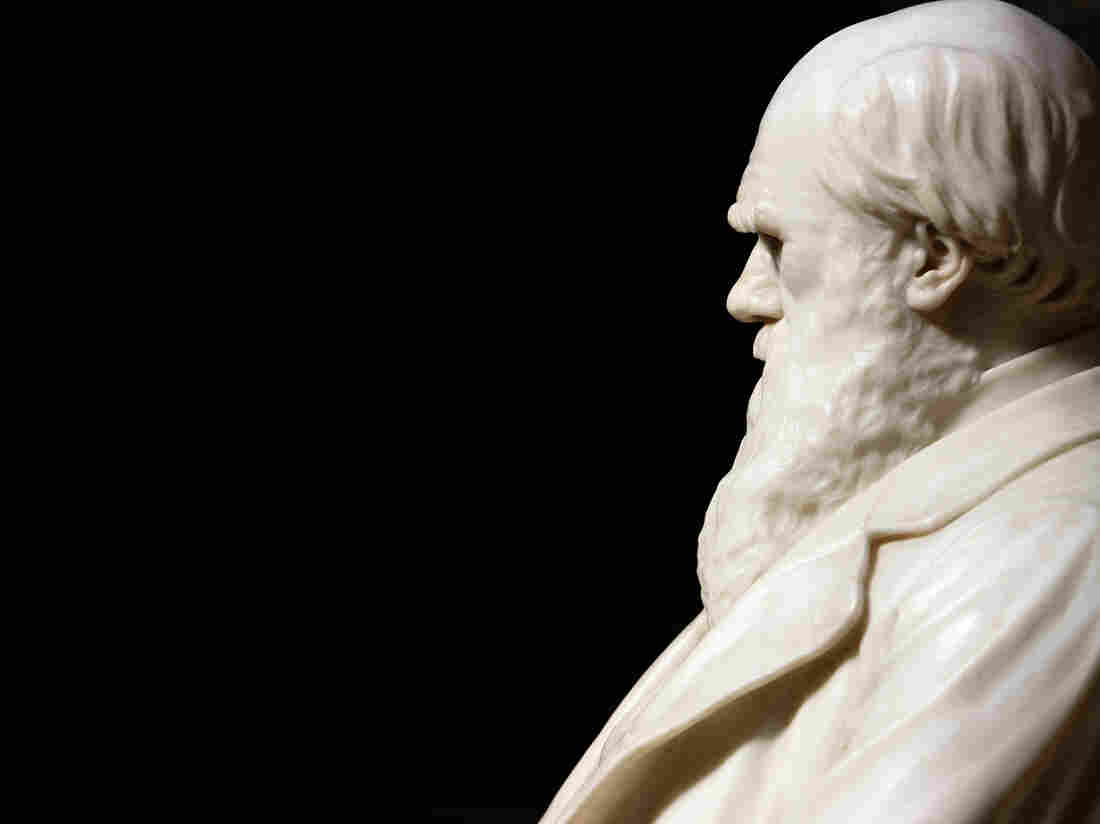 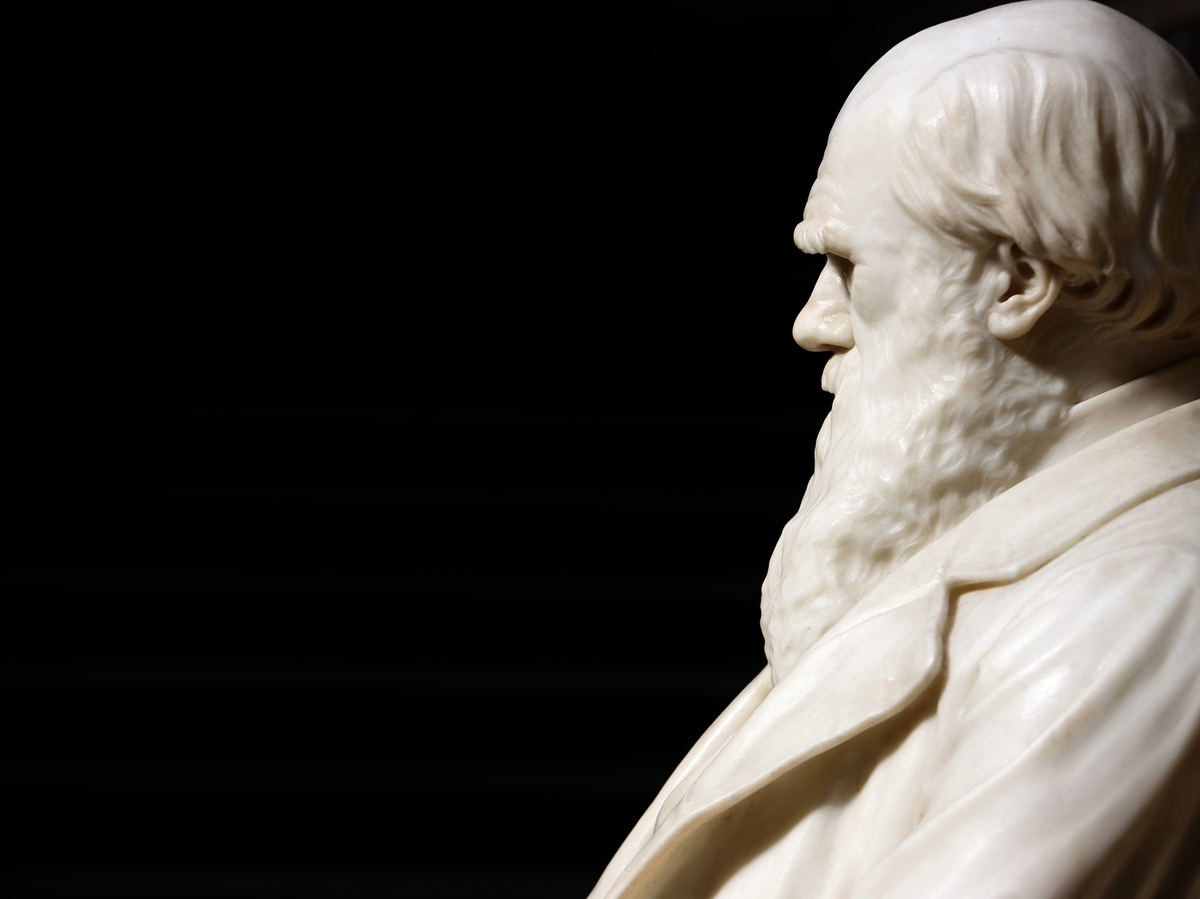 Statue of Charles Darwin at the Natural History Museum in London.

The Kingdom of Speech by Tom Wolfe is a book situated at the intersection of inflammatory and ignorant.

Best known for, perhaps, The Right Stuff and Bonfire of the Vanities -- which were both made into major films — Wolfe offers his readers a non-fiction account of the evolution of speech in his latest book — or, rather, its non-evolution, because Wolfe denies that speech has evolved.

For Wolfe, speech is an artifact, a construction of our minds, an ability with no animal precursor that gloriously set us apart wholly from all other creatures. It's a mnemonic, he says, a memory aid. It came from nowhere but our own minds and it made us who we are. Wolfe writes:

"Without speech, the human beast couldn't have created any other artifacts, not the crudest club or the simplest hoe...

Speech, and only speech, gives the human beast the ability to make plans... not just long-term but any plans, even for something to do five minutes from now."

(Throughout the book, Wolfe uses "speech" and "language" interchangeably, though this is wrong: People who may be unable to speak or hear engage fully with the world using not speech but signed languages, sometimes quite poetically.)

Wolfe writes expansively, devoting a good chunk of the book to discussing Noam Chomsky's theory of language origins and responses to it from the fieldwork of Daniel Everett among the Amazonian Piraha peoples. But it's Wolfe's view of Charles Darwin that's impossible to look away from.

According to Wolfe, Darwin, the 19th-century naturalist who catalogued the connectedness of our species with all others and became the co-architect with Alfred Russel Wallace of the theory of evolution by natural selection, has "left an enduring influence" upon the world, but in fact "offered nothing at all" of value to science or to humanity's greater understanding of ourselves.

The Kingdom of Speech has been out for 10 days. Many scientists I'm linked to through social media are suggesting it's a waste of time to read it.

On the contrary, I believe we should read Wolfe's book — and not only because it's a slim little thing at 170 pages, easily consumed in a day.

An essay from 2005, "Always Go to the Funeral," went viral for its poignant appeal for us to always honor someone else's loss by making time in our busy schedules to go a memorial service. My parallel dictum would be "Always Read the Book." Making the effort to read ideas that may diverge significantly from our own is a greater good — though doing so leaves us free to respond critically to the material in a way that I hope no one would do about the deceased at a funeral!

My "always read the book" mantra gains urgency because Wolfe flatly denies evolution. It's not that he's religious — he's an atheist. He just, as he told CBS This Morning, considers evolution "a myth." When people or projects distort or dismiss evolution, the bedrock understanding we have of life on Earth, we need to listen in a big way — and push back, as I wrote earlier this summer in "There's No Controversy: Let's Stop Failing Our Children On Evolution."

It's devastatingly easy to undermine Wolfe's breezy dismissive statements — both about Darwin and about the great gulf that divides humans from other animals.

Wolfe repeatedly claims that Darwin had no evidence for his statements about the connectedness of life or the change over time in species. A response could begin by citing Darwin's extensive collection of evidence on his five-year Beagle voyage.

And remember that quote from Wolfe above, about how speech enabled us to make the crudest clubs and to remember for five minutes ahead? Wild chimpanzees and birds (among other animals) make and use tools without speech or other forms of language, and they surely think ahead to do it.

Speaking of variation, it's pretty fascinating to track the first responses in print to the book. James Sullivan writing in the Boston Globe finds the book "entertaining." Caitlin Flanagan, in The New York Times, seems largely bored (it's a "dull topic"), whereas Dwight Garner writing in the same newspaper, finds the book "whooping, joy-filled and hyperbolic." None of the three raises critical questions about Wolfe's dissing of Darwin and evolution.

Jerry Coyne, in the Washington Post does take Wolfe on, and lacerates his "gross distortions" of the scientific material. My favorite passage of Coyne's is this one:

"Wolfe joins those creationists who, if they can't personally and immediately see how evolution could produce something complex, declare that the problem is insoluble and that an entire scientific edifice has crumbled.

But in fact Wolfe doesn't even understand the theory he so despises."

From there, Coyne goes on to spell out in what ways Wolfe misses the mark.

By no means do I always agree with Coyne's blog writings, but in this Post piece, he's got the right fiery stuff in answering a writer who marshals airy arguments that miss 150 years of science.