Accessibility links
The Difference Between Dark Matter, Dark Energy And Ghosts : 13.7: Cosmos And Culture You can't see dark matter and dark energy — but, like ghosts in movies, they mess with the things you can see. The difference is that there's no data to show the existence of ghosts, says Adam Frank.

If Dark Matter Can't Be Seen, What About Ghosts?

If Dark Matter Can't Be Seen, What About Ghosts? 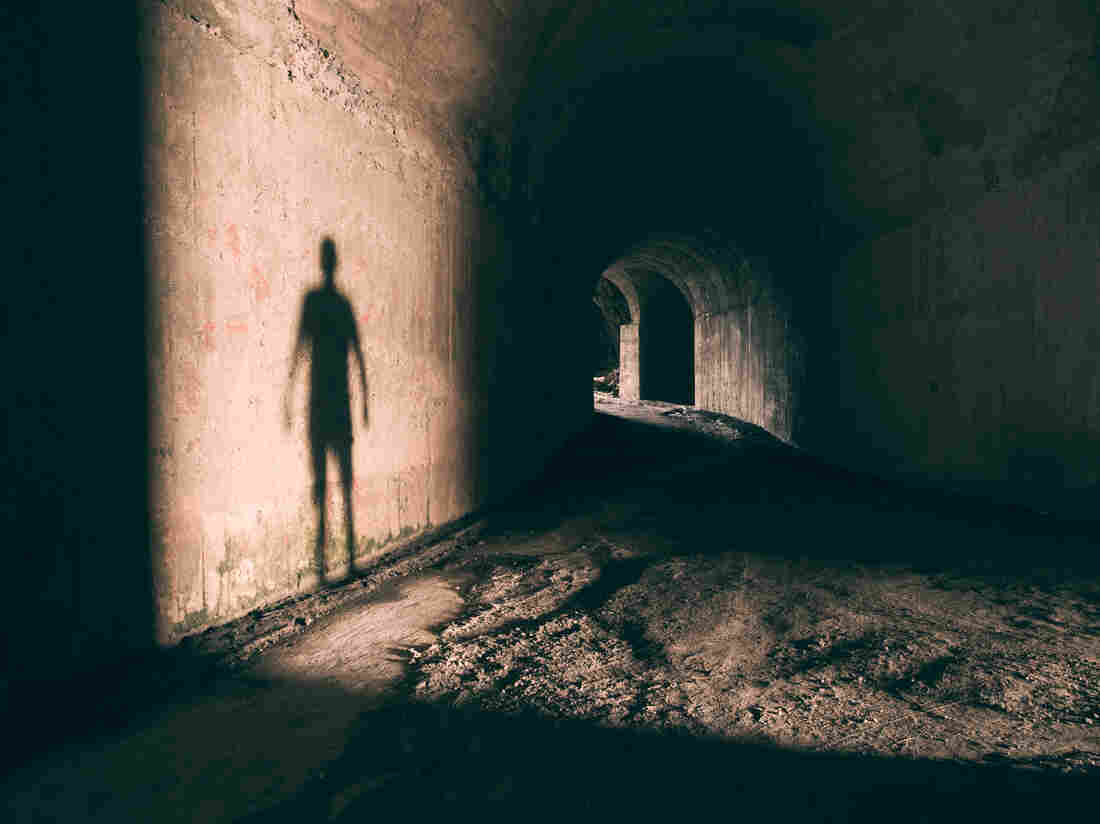 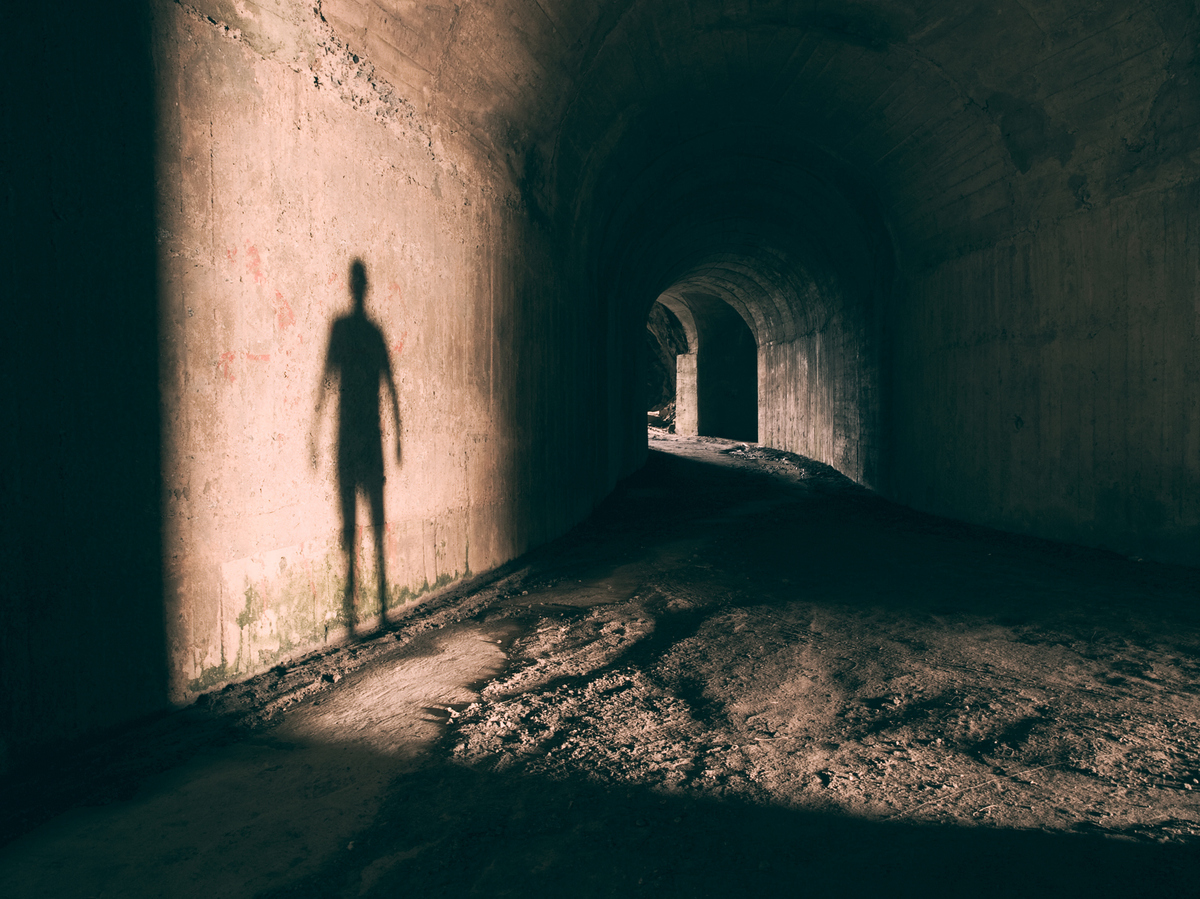 Every ghostly horror movie has "the scene."

It usually comes early in the story, like in The Sixth Sense: The protagonist walks into a room, like the kitchen, and all the cabinets and drawers are open. He's puzzled. He doesn't remember leaving it this way. So, he closes all the doors and all the drawers and walks out. A minute later he comes back in — and everything's open again.

According to a Harris poll in 2013, about 45 percent of people believe in ghosts. In that same poll, almost 30 percent of the respondents said they believed that they'd personally been in the presence of a ghost.

When I poked around looking for "real ghost stories," I found many accounts like the classic scene described above. You can't "see" the ghost, but you know it's there. They mess with the things you can see.

Most scientists, myself included, are pretty skeptical of ghost stories. But after attending a recent lecture on the "dark universe," I got to thinking: How are we physicists different from anyone else telling ghost stories?

Over the last few decades, scientists have built a new picture of the universe where about 95 percent of its stuff comes in a "dark" form (27 percent being dark matter and 68 percent being dark energy). But what exactly do physicists mean when they talk about something being "dark?"

Well, basically, they mean the dark stuff acts a lot like a ghost in a horror movie. You can't see the dark matter and dark energy — but you know it's with you because it messes with the things you can see.

It's important to understand that dark matter and dark energy are different "things," in the sense we've inferred their existence through different kinds of phenomena. This means they go bump in the night with stuff we can see in different ways.

Dark matter was discovered decades before dark energy by looking at how galaxies rotate. It was Vera Rubin's famous work in the 1970s that showed pretty much all spiral galaxies were spinning way too fast to be accounted for by the gravitational pull of the their "luminous" matter (the stuff we see in a telescope). Rubin and others reasoned there had to be a giant sphere of invisible stuff surrounding the stars in these galaxies, tugging on them and speeding up their orbits around the galaxy's center.

Kind of sounds like those ghostly kitchen drawers doesn't it?

Dark energy was discovered 16 years ago, when observations showed the expansion of the universe (known since Edwin Hubble in the 1920s) was accelerating. Once again, a form of invisible stuff was invoked to explain the motions of the visible stuff. In this case, dark energy was made accountable for nature's heavy foot on the cosmic gas pedal.

So how do physicists and astronomers get away with claiming the existence of cosmic ghosts (dark matter and dark energy) when they would probably roll their eyes at descriptions of the more terrestrial haunted-house kind?

The answer is data, its prevalence and its stability.

There are literally thousands of studies now of those rotating-too-fast galaxies out there — and they all get the same, quite noticeable result. In other words, data for the existence of dark matter is prevalent. It's not like you see the effect once in a while but then it disappears. The magnitude of the result — meaning its strength — also stays pretty consistent from one study to the next. The same holds true for studies of dark energy.

This is quite different from the many attempts, over more than a century, to get coherent, repeatable, large, signal-to-noise data on paranormal activity (a million episodes of Ghost Hunters not withstanding).

Another key point is that evidence for dark matter pushing around the luminous stuff we can see pops up in lots of places other than the rotation of galaxies. It's needed to explain the bending of light in gravitational lenses and it's needed to understand the clustering of zillions of galaxies on the universe's largest scales. In other words, the ghostly dark matter is part of a dense web of observations and their explanations. There isn't just one reason to "believe" in dark matter.

But here is the rub. For years now, people have been looking for direct evidence of dark matter. This is the equivalent of seeing a ghost with your own eyes rather than seeing the kitchen drawers it keeps opening. After a whole lot of work, no one has found conclusive evidence for a dark matter particle (dark energy is different kind of story in terms of direct searches).

It's still early in the game but, at some point, if nothing is found, scientists may have to re-evaluate their "belief" in dark matter. In that case, they will have to come up with other explanations for the bumps we know we're hearing in the night.