Accessibility links
Is Running Good Or Bad For Your Health? : 13.7: Cosmos And Culture It makes some sense that too much of a good thing may end up being bad for you, but, so far, the science hasn't proved this to be true of running, says Marcelo Gleiser.

Is Running Good Or Bad For Your Health?

Is Running Good Or Bad For Your Health? 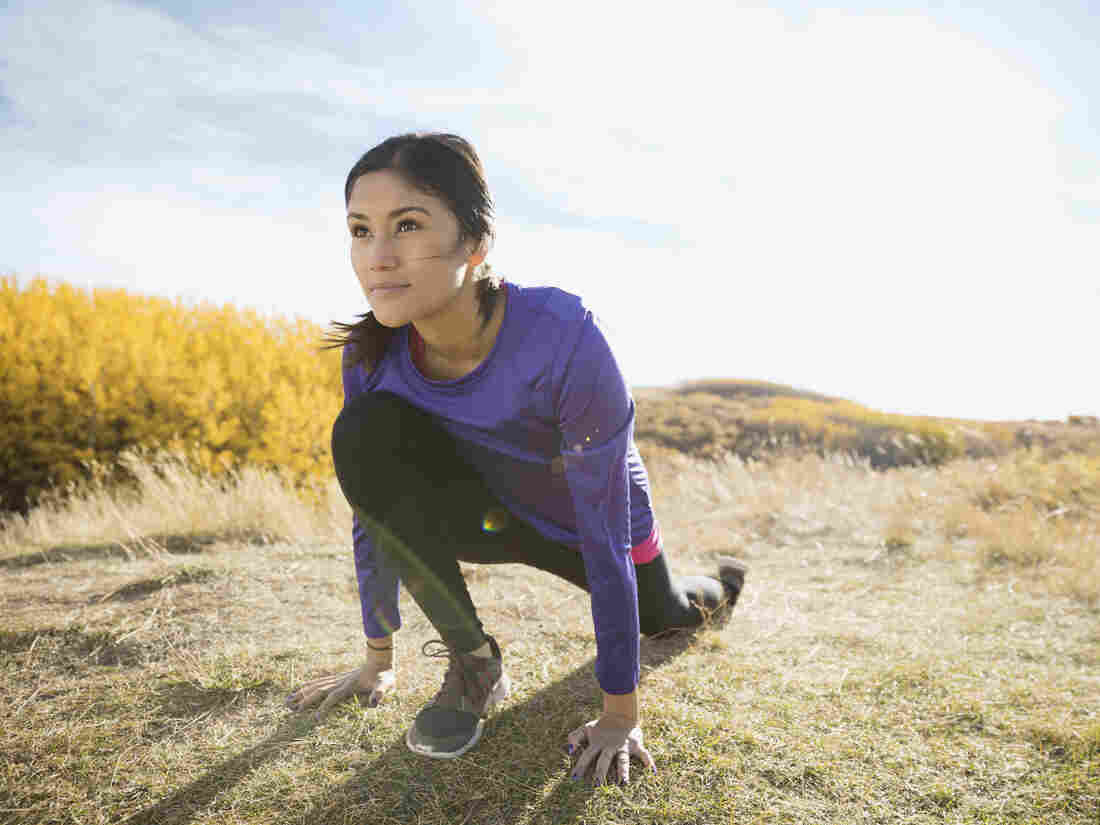 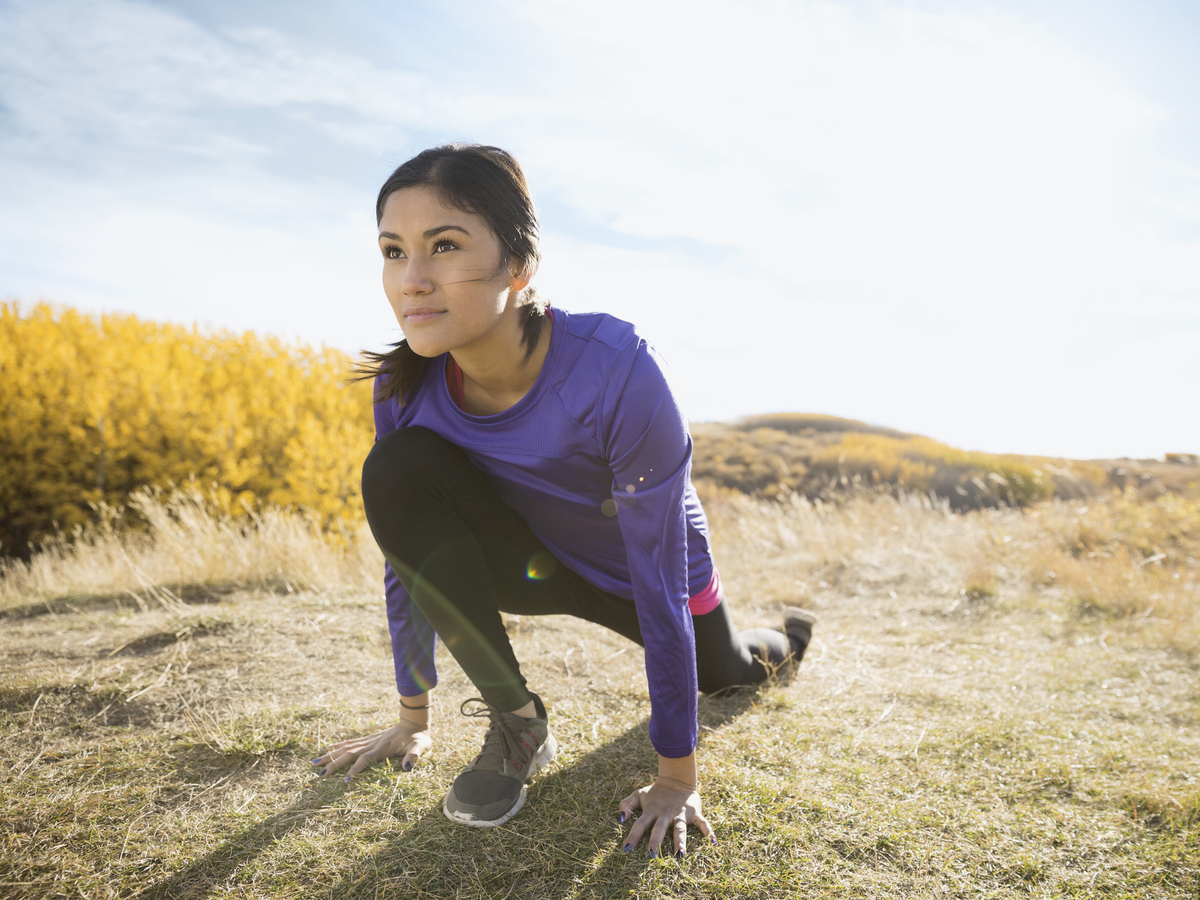 There's no question that running changes your heart.

The issue is whether these changes are good or bad. I don't mean the occasional 3 miles once or twice a week, although even this minimal amount of exercise seems to have positive health benefits.

A famous 2014 study led by Duck-chul Lee that followed 55,000 adults for more than 15 years concluded that even modest amounts of running, around 50 minutes a week total, causes a 30 percent drop in all-cause mortality risk and an average increase of three years in lifespan. The results of this study were fairly flat with respect to running time, distance, frequency, amount and speed, compared to non-runners, although persistent runners "had the most significant benefits, with 29 percent and 50 percent lower risks of all-cause and cardiovascular mortality, respectively, compared with never-runners." However, the authors caution that "further research is needed to determine whether there is an upper limit to the amount of vigorous physical activity, beyond which additional exercise provides no further mortality reduction."

In other words, can too much running be bad for you?

The issue here, as pointed out in an excellent special report by Alex Hutchinson published this month in Runner's World, is what happens long term to your heart if you are a pretty serious runner, averaging 20 or more miles a week consistently for a long time.

The controversy heated up after a 2012 editorial in the British journal Heart co-authored by cardiologist James O'Keefe.

"Exercise may be the most important component of a healthy lifestyle, but like any powerful drug you've got to get the dose right," he said.

Excessive running may thicken the heart tissue, causing fibrosis or scarring, and this may lead to atrial fibrillation or irregular heartbeat. Prolonged exercise may also lead to "oxidative stress," a buildup of free radicals that may bind with cholesterol to create plaque in your arteries.

It makes some sense that too much of a good thing may end up being bad for you. The question is how accurate can these assertions be in longitudinal studies where many conflicting factors are taken into account. Every person is different. Different genetic makeup and predisposition to disease, different diet, different lifestyle. These variables, as well as others like body mass index, blood pressure and cholesterol levels, are routinely either ignored or adjusted in studies to make the statistical analysis more manageable. Unfortunately, we can't have copies of the same person doing different things for a more direct comparison.

Being 57 and a very serious runner, I have a vested interest in these studies. There's no question that when I run up steep trails, I can feel the stress in my heart — sometimes to the point that I need to slow down and hike up in order to get things under control. Your body is usually good at telling when you are going over the limit. We all have a max heart rate, and using watches with heart monitors can be immensely useful to track your heart's effort. However, we can't see what's going on inside, whether our heart tissue is getting thicker and our arteries progressively more blocked. Hence, the interest in these discussions among experts, despite their usually confusing conclusions.

As Hutchinson reports, the overall news is fortunately good. A special symposium at this year's conference of the American College of Sports Medicine, held in Boston, convened many experts, including Duck-chul Lee, Paul Thompson from the Hartford Health-Care Heart and Vascular Institute, and Paul T. Williams, a biostatistician from Lawrence Berkeley Laboratory. Williams' studies have been following 156,000 men and women since the early 1990s. The title of the symposium was perfect: "Optimal Dose of Running for Health: Is More Better or Worse?"

Since the 2014 study, Lee has been looking more carefully at the group of more intense runners. His conclusions, still not final, "don't support that more is worse. But more may not be better." Williams, on the other hand, insists that more is better. In his huge study, he found that men running at least 40 miles a week (a pretty serious mileage) were 26 percent less likely to develop coronary heart disease than those running just 13 miles per week. According to Williams, the apparent discrepancy between the two studies is sample size: "At 156,000 subjects, we're bigger than they are. So I'll stand behind our data."

Endurance runners can have hearts that are 50 percent bigger than normal: more muscle to pump blood to those working muscles. Their arteries are wider and more expandable so that more blood can flow. Their resting heart rates are slower. They have more abundant capillaries improving blood circulation to tissues. So, even if there would be an increase in calcium buildup in arteries potentially leading to clogging, it could be less damaging than for a non-runner with thinner arteries and less capillaries. Also, in runners such plaques tend to be denser and thus less breakable. The evidence is not final, but it's also not as bad as many think. The health benefits of running short or long distances are so overwhelmingly positive that they swamp potential dangers.

Plus, there is a whole different aspect to this discussion, the psychological reasons why people run. Serious runners have a commitment that goes beyond just exercising for good health. Generally, the more they run, the more they feel connected to their inner-selves, the more clearly they see themselves and the tasks ahead. There's something exhilarating about running, the freedom to move on a road or on a trail, that sends us back to our primal selves. If you are a beginner, it may take a while to break through the initial barrier of physical discomfort. But with persistence comes big payoff. And this is an emotional, not just a medical, payoff.

As we evolved as bipeds, we became able to run for long distances after prey, having an endurance that antelope or deer don't have. This is engraved in our genetic makeup, imprinted in our being. Modern life takes this away from us, as we spend hours a day sitting in front of screens, motionless. (As I am right now, writing this.) The act of running connects us with our ancient past, awakening a part of us that lays dormant, hidden underneath our daily routine.

Every runner should listen to his or her body and slow down and stop if necessary. I even wear an ID band, just in case something bad happens on some remote mountain trail. Consulting a sports physician is essential, if you are to become a serious runner.

But, once potential medical factors are ruled out, those of us who love running can't live without it. Whatever goes on in the heart and arteries, the mind only gets clearer on the road.

Marcelo Gleiser is a theoretical physicist and cosmologist — and a professor of natural philosophy, physics and astronomy at Dartmouth College. He is the co-founder of 13.7 and an active promoter of science to the general public. His latest book is The Simple Beauty of the Unexpected: A Natural Philosopher's Quest for Trout and the Meaning of Everything. You can keep up with Marcelo on Facebook and Twitter: @mgleiser