Accessibility links
Research On Thoughts About Interracial Marriages Based On Brain Imaging May Be Flawed : 13.7: Cosmos And Culture When it comes to what people really accept, think or feel, are physiological measurements the authority? Commentator Tania Lombrozo says brain activity alone may not tell the whole story.

What Dogs, Lies And Sex Teach Us About Our True Selves

What Dogs, Lies And Sex Teach Us About Our True Selves 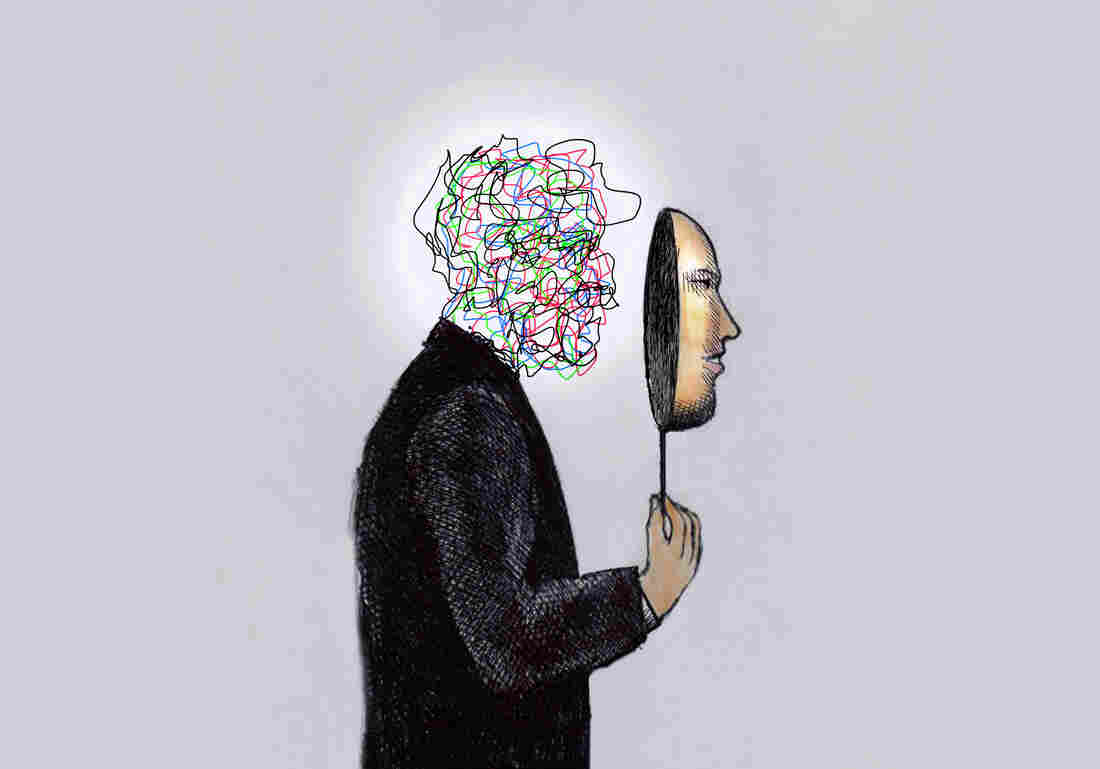 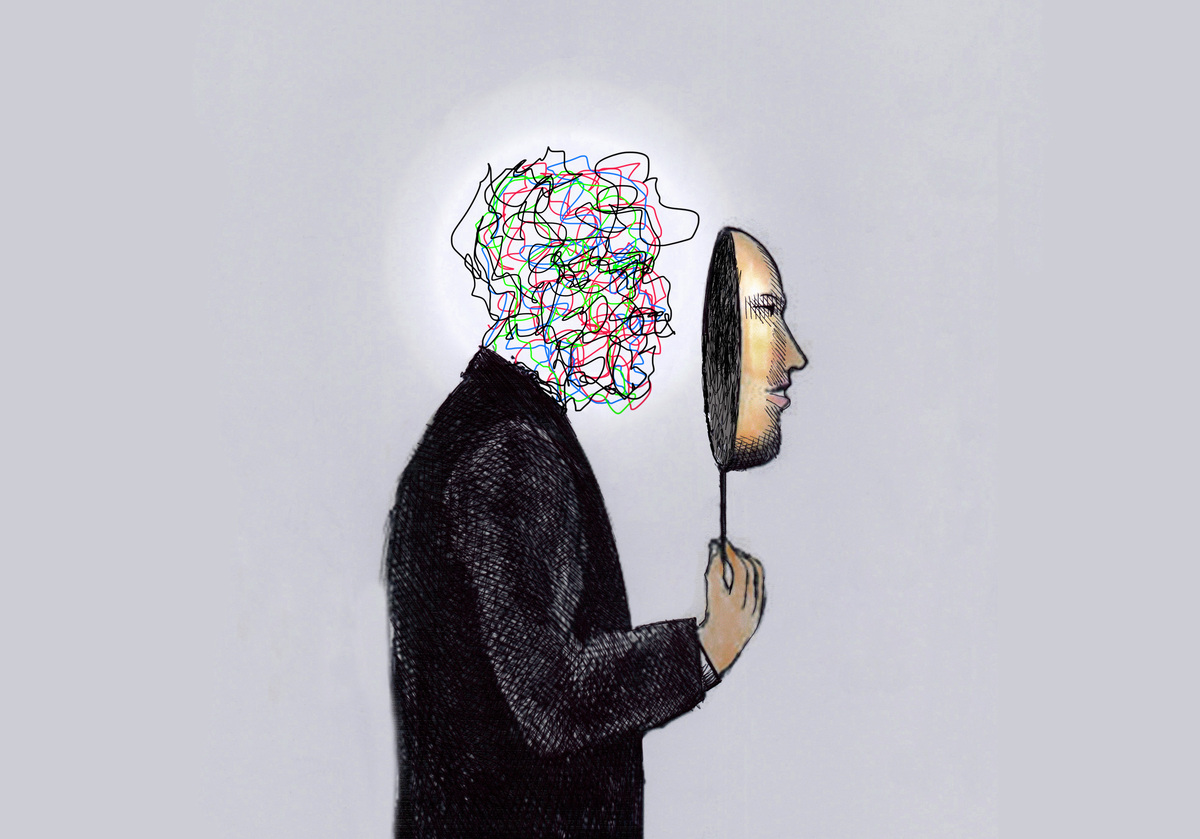 An article by one of the researchers explains that the set of studies including this result was designed "to examine how people really feel about interracial relationships" (emphasis added). And the article's headline touts the corresponding conclusion: "Most people are accepting of interracial marriage, right? The brain shows a different story."

But when it comes to what people really accept, think or feel, are physiological measurements the authority? Why trust brain activation over what a person says?

There are several reasons to be cautious when it comes to drawing inferences from physical measurements to the "real" mental states they're taken to reveal. Before turning to the case of interracial marriage, though, consider three cases that might be easier to think about: dogs, lies and sex.

The headline from a 2014 article proclaimed that "brain scans reveal what dogs really think of us." They may behave like they love us, but can we ever really be sure? We're told the answer is "actually, yes" — with the help of brain imaging technology. The article goes on to describe a study in which dogs were presented with the odors of familiar and unfamiliar humans and dogs. The smell of the dog's owner was associated with activation in the caudate nucleus — an area of the brain associated with reward.

It's understandable why we'd resort to such indirect evidence to assess whether the affection dogs show us is genuine. They can't simply tell us, and going with our gut instincts doesn't have a great track record when it comes to making sense of animal minds.

But when we're dealing with other humans, we not only have the correspondence between our own mental states and behavior as a more species-appropriate model for making sense of behavior; we also have language. If a study investigating the brain activity of people who report loving their partner failed to find activation in the caudate nucleus when viewing that partner, we might rethink the functions of the caudate nucleus — not declare all declarations of love a deception.

This takes us to the case of lies. Lie detection tests — whether based on skin conductivity or patterns of brain activation — are not (currently) the most reliable of methods, but we use them in cases where we have reason not to take people at their word. When we doubt someone's sincerity, it makes sense to consider other forms of evidence. And we do: not only in legal or criminal contexts involving lie detection technology, but in our informal assessments of other people's actions and the nuances of their behavior.

Deception is one reason to take indirect measures of bias quite seriously. For instance, people could report that they endorse interracial relationships because they know it's what they should say in a given context, even when they really don't. "The problem with asking people to report on their own attitudes about sensitive topics like race and gender," writes an author of the study on interracial marriage, "is that people are often either unaware of their own biases or unwilling to report them."

Yet even when we have good reason not to take people at their word, focusing on a single physiological marker could be a gross distortion. And that takes us to our third example: sex.

Sex educator Emily Nagoski explains the concept of nonconcordance on her blog: For men, there's a reasonably strong correlation between the sexual arousal that an individual reports and genital response, measured by the tumescence of his penis. For women, the relationship between reported sexual arousal and genital response, as measured by blood flow to the vagina, is quite weak. For both sexes, though, genital response can occur in the absence of sexual arousal, and sexual arousal can occur in the absence of genital response. Nagoski explains that blood flow to the vagina and what a woman enjoys sexually are very different things: The first reflects the presence of sexually relevant stimuli that could signal an increased probability of sex, while the latter reflects her preferences and subjective experience. It's a serious mistake to equate the former with a woman's "true" desire.

So what can dogs, lies and sex teach us about the right way to think about people's brain responses to interracial marriage?

When it comes to our own species, we have the benefit of our own experience and of verbal responses. We can and do use brain responses to draw inferences about mental states, but we also use reported beliefs and desires and feelings to know how to make sense of different patterns of brain activation in the first place. Extra information is a good thing, but it's no substitute for the gold standard: our thoughts and experiences themselves.

Now there are cases in which we might doubt someone's honesty or insight, and for good reason refuse to take them at their word. But nonconcordance — and the poor track record for lie detectors — both illustrate the tenuous link between a single physiological measurement and something as complex as sexual desire or deception, let alone one's attitude towards interracial relationships. This isn't a reason to stop making these measurements — they can often tell us something important — but it's a mistake to think the physiological measurement reflects the "true" belief, experience, or desire.

If we have "true" selves, and I'm not sure that we do, they aren't to be found in our skin conductivity, our genital response or the activation of a single brain region.