Accessibility links
A Web Of Trees And Their 'Hidden' Lives : 13.7: Cosmos And Culture What is the connection trees have to each other? Alva Noë discusses a new book about trees, what they know, what they need and how they act.

A Web Of Trees And Their 'Hidden' Lives

A Web Of Trees And Their 'Hidden' Lives 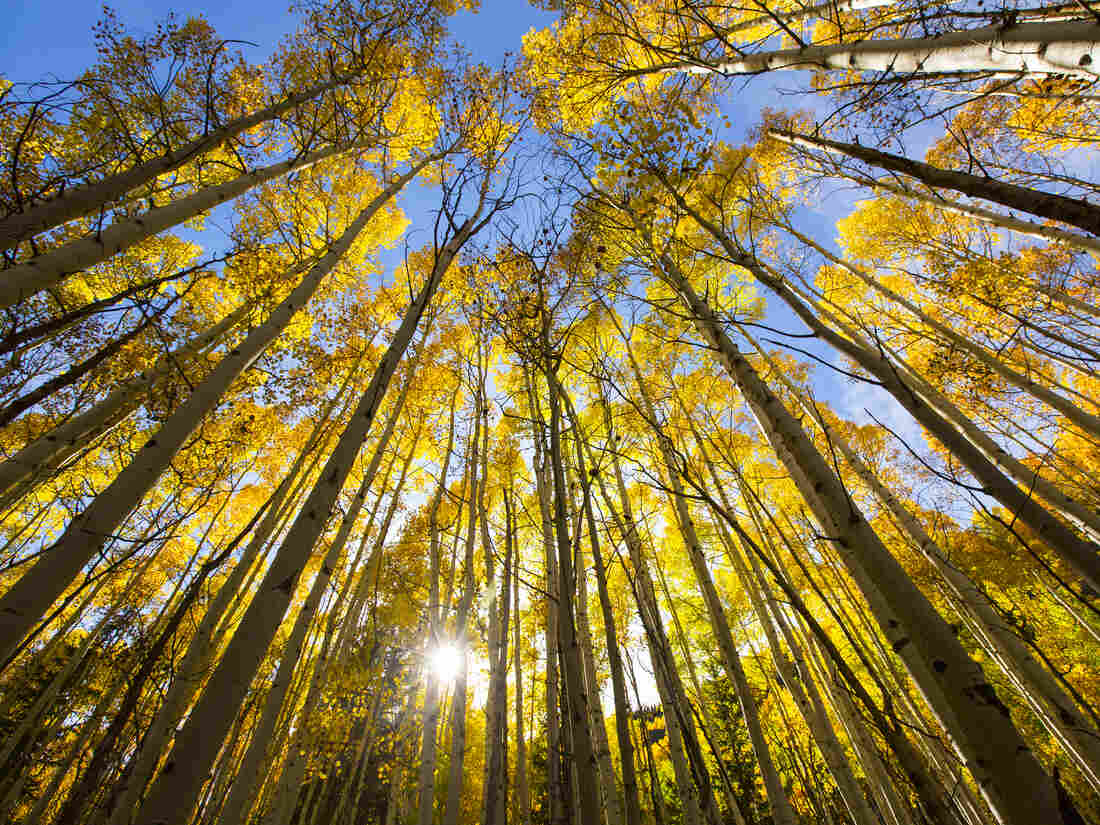 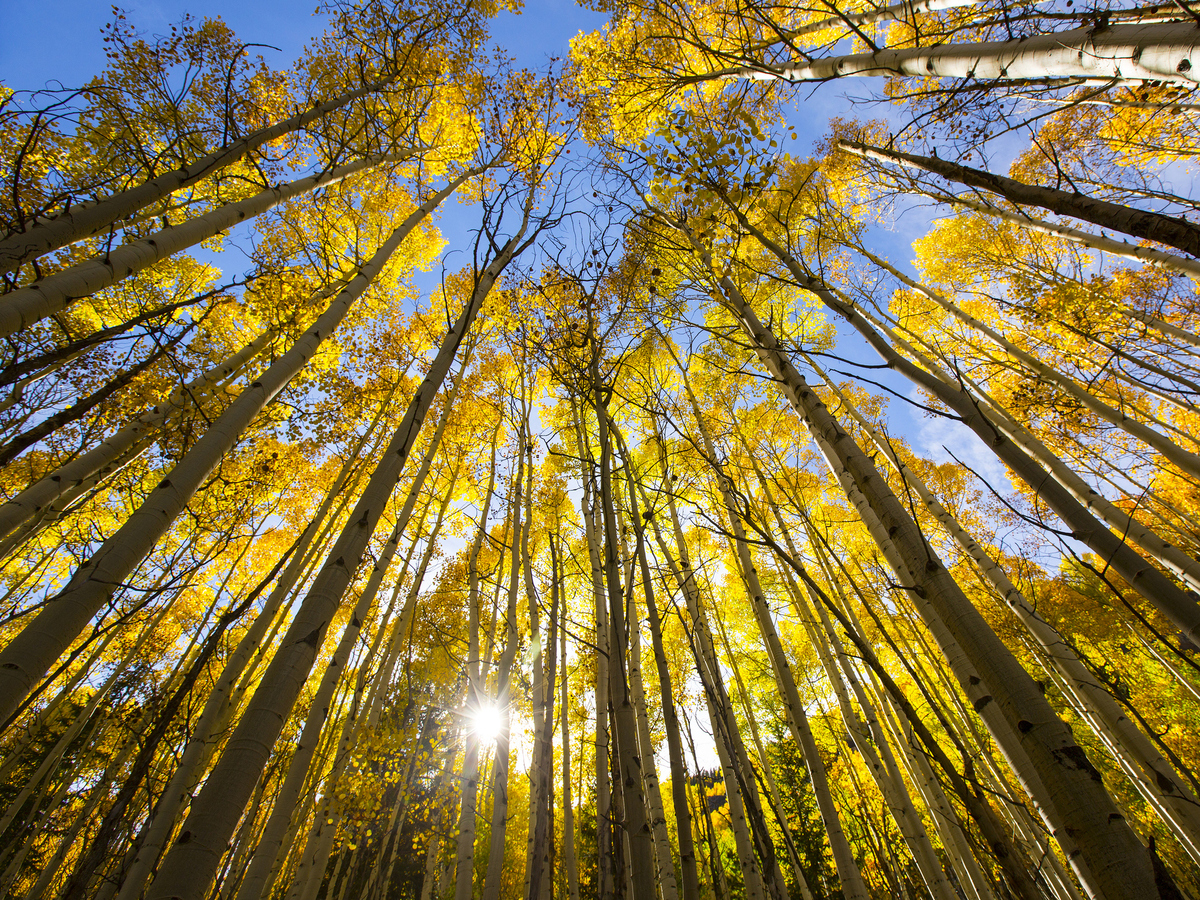 When I was a boy, I had a book about a father who sends his child to bed without dinner because he won't remove his tall hat at the table.

The boy goes to sleep hungry and dreams that he is in a forest where the trees are threatened by an evil lumberjack. One of the endangered trees turns out to be the boy's father. In the illustrations, you can see the father's tears in the gnarly bark of the tree.

I can't remember the title and I haven't been able to track this book down. I've asked book sellers and I've searched online. (If any of you know, please drop me a line!)

This book came to mind as I read Peter Wohlleben's book The Hidden Life of Trees: What They Feel, How They Communicate — Discoveries from a Secret World, which has just been translated into English. (It came out last year in German.) The book is dreamy and strange; it tells about trees and their tightknit communities in the forest. The book is full of science. But it's written from the standpoint of a person who lives and works with trees in the forest rather than someone who studies them. Wohlleben is a forester, someone charged with managing an actual forest in Germany. As he explains, until very recently forest management has meant — and for the most part continues to mean — managing the valuable commodity produced in the forest, namely wood. Well-managed forests are farms for producing sustainable supplies of wood. The job of the forester is to tend to these large-scale industrial plantations.

At some point, Wohlleben seems to have been struck — as if by the tear-stained tree in the dream of the boy in my childhood book — by the sadness and imperfect development of the trees born into these artificial woods. These are tree urchins destined to live in rows too far from their neighbors and without the protection of friends and family.

Wohlleben makes no argument for the attribution of a richly psychological, recognizably human language to describe the lives of trees. But he does so unapologetically with a rigor and a consistency that have the effect of shifting the burden of proof onto those who would deny his license to do so.

As a matter of fact (and as we have had occasion to discuss here before — and has been explored brilliantly by Michael Pollan), in the last few years there has been a explosion of interest in what is sometimes called plant "neurobiology." Plants and trees don't have brains and that's enough, in some quarters of the intellectual establishment, to settle in the negative the question of whether they sense, evaluate, think, learn, plan, act or feel. But that inference — from no brain, to no mind — may be too quick. 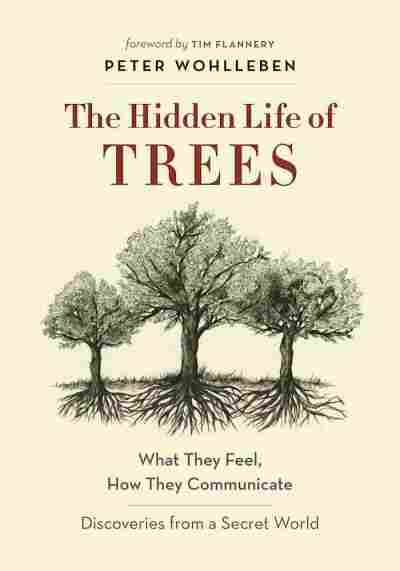 The Hidden Life of Trees

What They Feel, How They Communicate: Discoveries from a Secret World

by Peter Wohlleben and Tim Flannery

Title
The Hidden Life of Trees
Subtitle
What They Feel, How They Communicate: Discoveries from a Secret World
Author
Peter Wohlleben and Tim Flannery

The impression that plants don't do anything, that they just sit there, may be the result of time-scale prejudice; we are simply blind to actions that unfold over very long, drawn out, slow time scales. But put the plant on fast forward, in a film, say, and it becomes harder to deny that plants seem to solve problems and act on the basis of what they learn. Trees seem to know how much soil is available to them and, as they stretch out their roots, they reliably differentiate soil from rocks from the roots of other trees or parts of their own bodies.

Wohlleben enumerates myriad ways in which trees actually communicate with each other. For example, when confronted with a parasite, some trees will emit chemicals that give their leaves a bitter flavor that is unpleasant to the parasite. And more to the point, nearby trees, whose contact with the original tree is through contact underground at the tips of their roots, will then emit the chemical repellent in turn. In this way, communities of trees work together to defend themselves against a common threat.

Wohlleben gives other examples: Beeches and oaks drop nuts to the ground which are are highly prized by deer and wild boar. To cope with this, the trees, as a collective, hold back on dropping nuts for a year or two until the animal population has been reduced. Once this has come to pass, the trees, again, seemingly as a collective, will let their nuts fly. This is a striking example of what looks like thoughtful joint action on the part of the trees. Trees, in contrast with flowers, which take advantage of bees to spread their seeds, typically use the wind to fertilize. How to avoid in-breeding? In some species, neighboring trees will alternate their release of seeds or, alternatively, their receptivity to fertilization.

Trees in plantations or in urban settings are planted in direct sunlight and watered and nurtured by gardeners. They grow fast and tall so that, by the age of 100 or so, they are ready for felling. "As people, we easily lose sight of what is truly old for a tree," Wohlleben write.

Under natural conditions, he explains, a 100-year-old tree is likely to be "no thicker than a pencil." But it is these smaller trees, raised in the darkness of their parents' canopy, that eventually develop the dense wood, flexibility, resistance to fungi that are necessary for them to reach true maturity — and the open sky — when they are several hundred years old. Survival in the darkness of the forest floor requires that they are provided with more sugar than they can photosynthesize, and this is delivered through the roots of the mother tree.

Wohlleben's discussion goes far beyond all this. The Wood Wide Web he describes is a community of trees and microbes, aphids, fungi and birds, one in which dense connectivity and mutual interdependence are the norm (and are missing in the forest-farms of the modern world). Communication, shared and competing interests, learning and adaptation, all play a critical role. Even personality, or character, are in evidence in the forest. There may be two oak trees, side by side, one of which opts to shed its leaves at the first sign of weather change and, so, to protect itself against autumnal winds and weighty falls of ice and snow — and the other of which holds on and takes advantage of late heat waves to store up more sugar for the long winter ahead. Same soil, same air, same needs, same species, but different choices. Individual trees, like individual people, have different characters, or so Wohlleben would have it.

I suspect Wohlleben knows that it may be possible to explain what trees do and how they interact without attributing to them anything like thought or agency. What he's calling communication is the effect of chemicals in one organism on a neighboring organism, and the evidence of joint behavior is explained by the fact that the trees that dropped their nuts every year never managed to produce any offspring. Natural selection, so the argument goes, is the sculptor and what looks like intentional action or thought or feeling on the part of plants is only the appearance thereof.

Of course the same can be said, and has been argued, about humans, too. The Tufts University philosopher Daniel Dennett, for example, argues that what makes it reasonable to say that a person believes, in the true, full sense of belief, that, say, it's 65 degrees Fahrenheit in the room, whereas a thermostat is merely designed to function as if it believes it, is only the fact that what we might call the "belief hypothesis" is useful when trying to predict or makes sense of human behavior whereas it isn't in the case of the thermostat.

But then what are we to say about the trees? If Wohlleben is right, we have only begun to comprehend the complicated, fascinating and, indeed, beautiful lives of trees. Maybe it's only when we appreciate that trees, unlike thermostats — but like human beings — are true believers, that we will begin to be able to do so.