Accessibility links
How To Watch The Presidential Debate Between Hillary Clinton And Donald Trump Without Bias : 13.7: Cosmos And Culture Psychologist Tania Lombrozo says to consider these tips from the psychological sciences to help overcome some of the biases that could distort perceptions of the candidates.

How To Watch A Debate Without Bias

How To Watch A Debate Without Bias 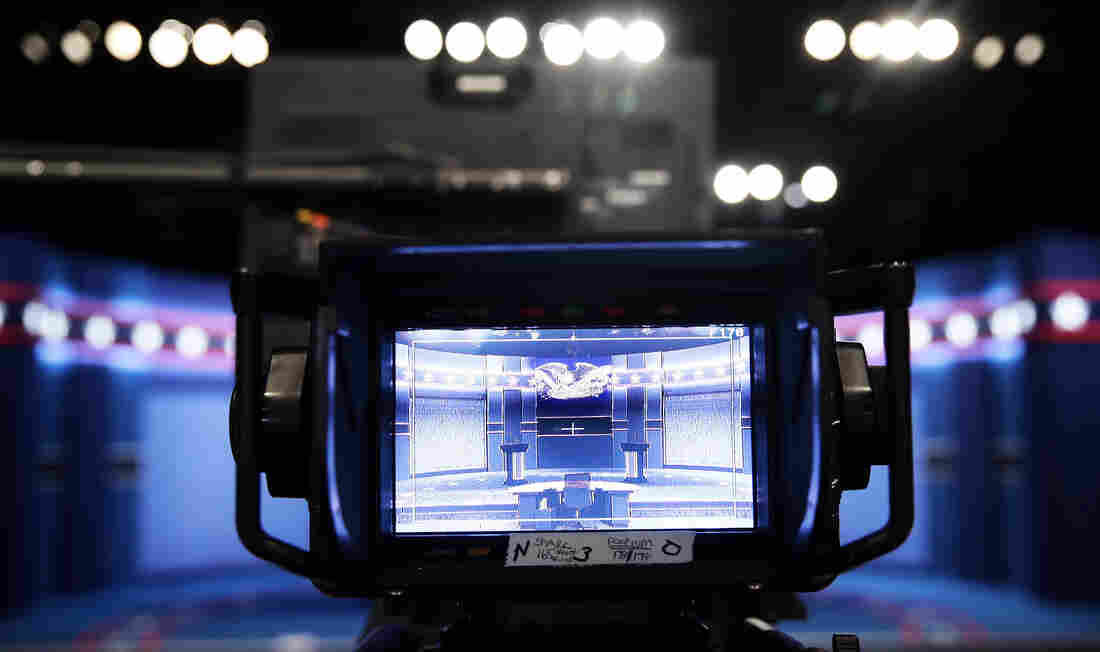 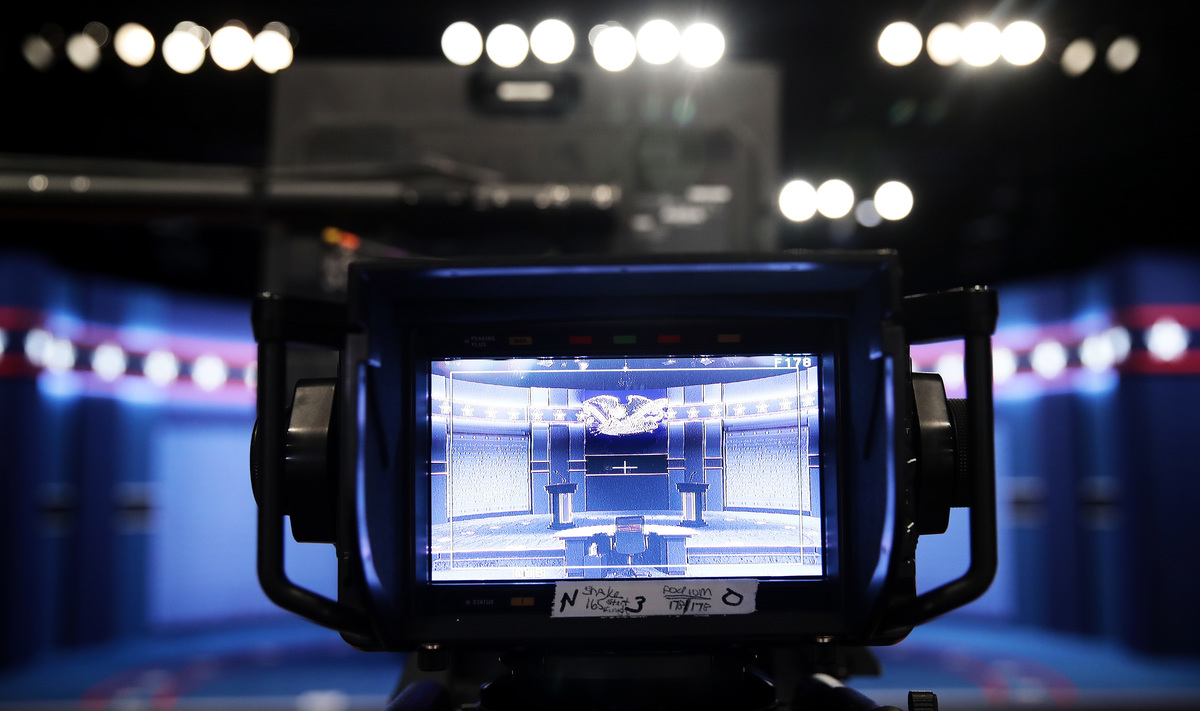 Hillary Clinton and Donald Trump will debate for the last time before Election Day on Wednesday in Las Vegas.

The debates, sponsored by the Commission on Presidential Debates, have the stated mission of offering "the best possible information to viewers and listeners" in the lead-up to the general election.

There's just one problem. Decades of research suggests that voting decisions are influenced by quite a few factors beyond the "best possible information." For instance, people's perceptions of politicians can be influenced by their height: Taller men are, on average, perceived to be more competent. Using data from past U.S. presidential elections, one analysis found that candidates who were taller than their opponents received more popular votes and were more likely to be re-elected. (They were not, however, more likely to win initial elections.)

Sensitive to the influence of height, some debates have allowed a sort of prosthetic: In the 1976 debate between Gerald Ford and Jimmy Carter, lectern heights were selected such that neither candidate would appear taller than his opponent. For this year's debates, the commission has apparently allowed for a custom-made podium that will accommodate the candidates' difference in stature.

As viewers or listeners, most of us don't have a say in podium heights — let alone the structure of the debates or the questions posed to candidates. We can, however, take other measures to help ourselves overcome some of the biases that could distort our perceptions of the candidates and the debates. Consider these cognitive correctives — five tips from the psychological sciences for watching a debate without (quite as much) bias:

1. On Election Day, our opinion of how each candidate performed in the debates won't be shaped directly by what they said or did, but by our memories and impressions of what they said or did. And memory is a funny thing. We tend to remember what came first and last better than the bits in the middle, and our overall impression is especially influenced by an event's peak (the point of maximum intensity or salience) and its end. Subsequent media coverage is likely to exaggerate these existing tendencies by focusing on a small number of "peak" points. But a lot of the less salient middle will undoubtedly contain important information about each candidate's adequacy for the job.

Tip No. 1 is not to reduce the debate to its sound bites, neither those the media provide us with nor the ones our own memories tend to produce.

2. Political issues can be pretty complex, yet we often think we understand them better than we do. Trying to explain them, it turns out, can be a valuable corrective, helping us appreciate that we don't know what we thought we did. For instance, many people have opinions about issues like cap-and-trade systems for carbon emissions, but don't actually understand what they are or what their implications would be.

When it comes to evaluating each candidate's policies, solid understanding is an important prerequisite to clear judgment.

Tip No. 2 is to help yourself overcome illusions of political understanding by explaining a given issue or policy to someone else — or even to yourself. The next step is to become better informed, so you know what your vote will really be supporting.

3. Stereotypes about men and women can inadvertently affect the way we perceive individuals. For instance, several studies have found that women are judged differently than men for exhibiting the same behaviors. What is taken as a sign of competence and leadership for a man might be judged overly aggressive or blunt for a woman. At the same time, conforming to more nurturing female stereotypes can make a woman better liked, but deemed less fit for a position of authority. Biases about men and women can be subtle. They can manifest even in those who hold explicitly egalitarian views, and women can exhibit them to the same degree as men.

Unfortunately, gender bias isn't like height: There's no simple corrective to counteract gender bias in our evaluations of political candidates. However, there's reason to believe such biases play a greater role when we consider general impressions in an unstructured way. If we judge Clinton and Trump by the first debate examples that come to mind, for example, there's plenty of room for nonconscious processes to influence what we come up with. If we instead engage in more structured recall — by, for instance, comparing what was good and bad about each candidate's performance, or by comparing what each proposed with regard to a particular issue and evaluating the proposals along predefined dimensions — we can potentially help mitigate the influence of gender-based biases.

Tip No. 3 is to recognize your gender bias. This isn't always easy to do, but evaluating the candidates in more structured and concrete ways is a strategy worth trying out.

4. There's lots of evidence that all else being equal, we judge confident people more competent and reliable. For instance, we're more likely to believe the testimony of a confident eyewitness, even though the correlation between confidence and accuracy can be low. Research in domains including medicine, geopolitics and finance has also found that expert confidence can be a very poor guide to accuracy.

Both presidential candidates are likely to appear confident in the debate. But both their absolute and relative levels of confidence shouldn't be treated as good evidence for the quality of their arguments or the viability of their policies.

Tip No. 4 is to go with content over confidence.

5. The final tip comes from a large body of research on a phenomenon called confirmation bias. In many contexts, we selectively expose ourselves to observations that will support what we believe. If liberals follow only liberal debate commentary and conservatives follow only conservative debate commentary, no one is likely to end up with a full understanding of what transpired. Beyond selective exposure is a phenomenon known as biased assimilation: A Democrat and a Republican exposed to the same evidence might respond in very different ways. For instance, people tend to be less critical of arguments that support conclusions they endorse, and they correspondingly subject arguments that yield opposing conclusions to greater scrutiny.

Tip No. 5 is to be nonpartisan in your debate-related media consumption and to be extra critical of the arguments supporting positions you favor. Doing so will help ensure that you're evaluating the candidates on their merits — and not simply reinforcing what you already believe.