Accessibility links
Alison Gopnik's New Book Talks Of Science And Parenting : 13.7: Cosmos And Culture As one of the world's leading developmental psychologists, Alison Gopnik is in a position to state with authority that no one knows what's best when it comes to raising kids, says blogger Alva Noë.

Can Science Teach Us How To Be Good Parents?

Can Science Teach Us How To Be Good Parents? 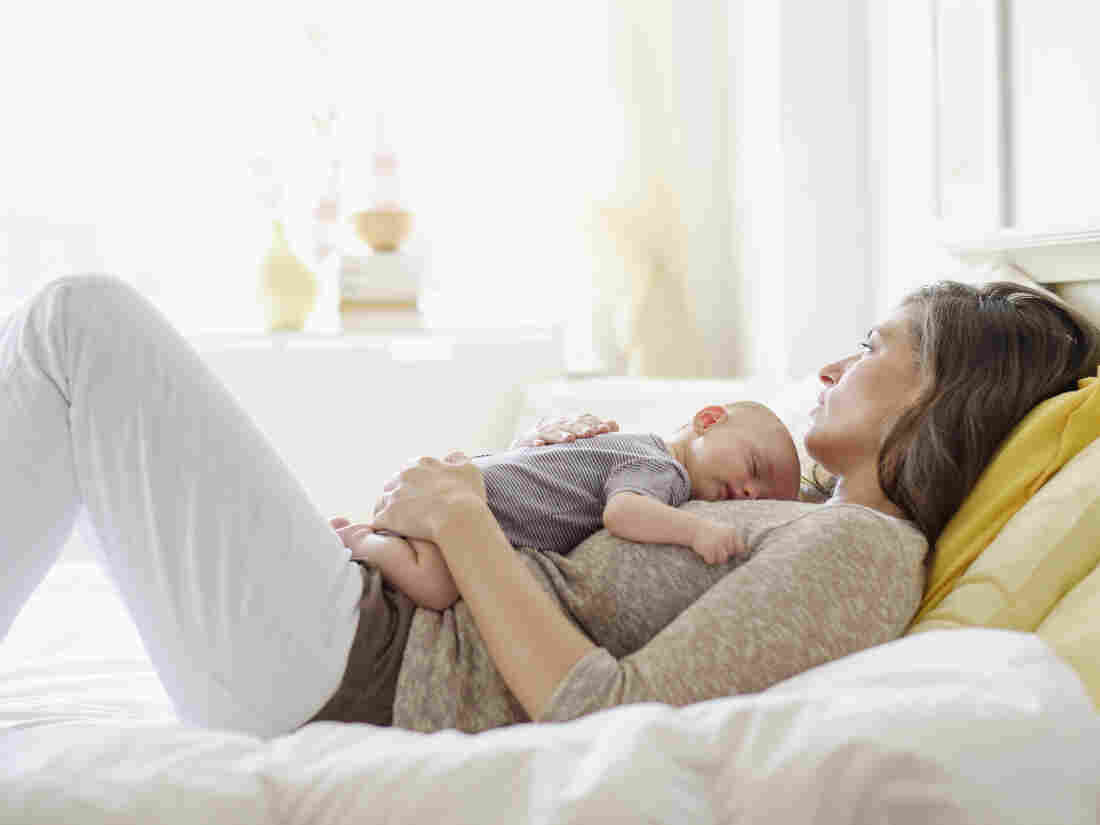 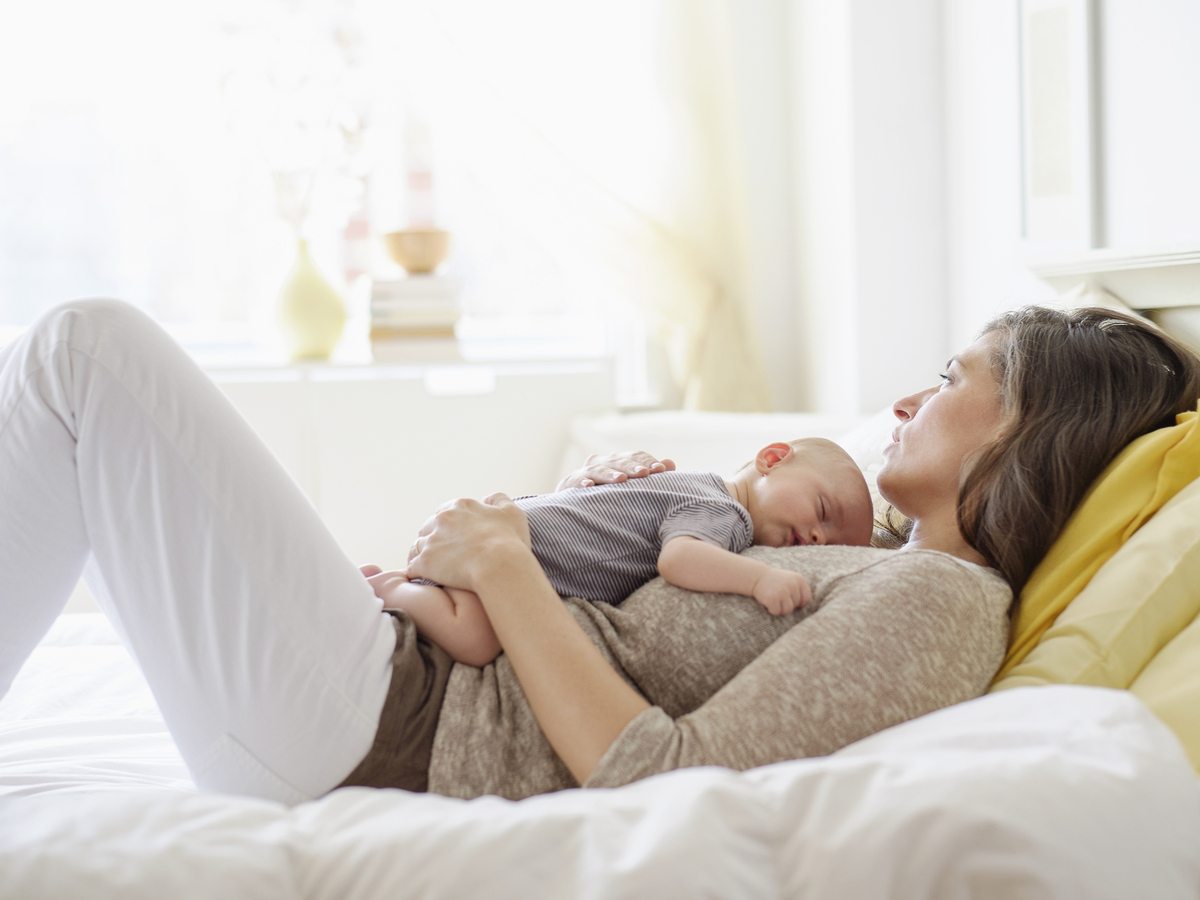 A couple years ago, I was at a party with developmental psychologist Alison Gopnik. We got to talking about being parents.

Why do parents sweat the small stuff, we wondered?

Boy do we ever! A pal of mine made me promise not to tell any of our mutual friends that his newborn sleeps in bed with them. Co-sleeping is only one of the many quandaries we face as parents. Do you hold her until she's out, or let her cry herself to sleep? What age is right for day care? And what about the whole issue of media and screen time? Everybody thinks books are OK. But smartphones and video games? When is too young? When is just right? When is too much?

We sweat the small stuff big time — and it is with something close to desperation that we turn to books by would-be specialists for guidance.

Gopnik, that evening at the party, offered a marvelous insight. In today's world, she opined, most of us become parents having had limited experience taking care of kids. Earlier generations were raised in the settings of extended families and tighter communities. Siblings would have learned to care for kids by caring for brothers and sisters, or elderly relatives, or maybe even household or barnyard pets. By the time one became a mom, or a dad, one had some experience with giving care. One had, one might almost say, if not a certain expertise, then at least a certain skillful familiarity with the demands of the task. 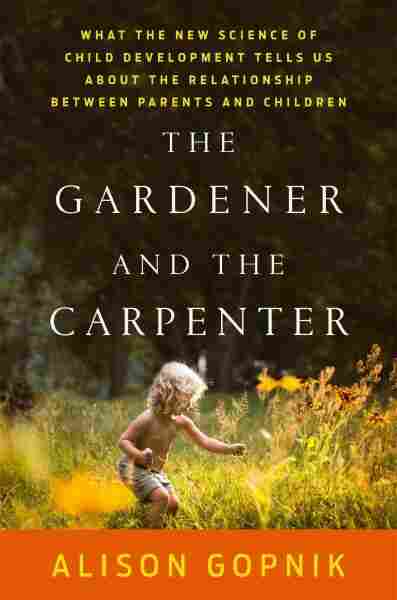 The Gardener and the Carpenter

Gopnik made the comparison with sex. Imagine that no one of us had sex until we were quite mature adults. We'd be reading manuals, too, bent as we would be on making sure that our first sexual experiences were perfect!

Since our conversation, Gopnik, who is my colleague at the University of California, Berkeley, has developed her thoughts on the topic into a book, The Carpenter and the Gardner: What the New Science of Child Development Tells Us About the Relationship Between Parents and Children. She compares the predicament we face as parents to the omnivore's dilemma made famous by another Berkeley writer, Michael Pollan. Eating used to be a tradition-bound activity. You ate what your parents fed you; in fact, you loved to eat what they fed you. And they ate — and loved to eat — what their parents fed them. And so on. But today, in our modern American world, we are constrained by no such lineages of cooking and eating. Those of us in larger towns have an omnivore's palate and access to Whole Foods, farmers markets and just about any cuisine we might care to pay for. On any given day, you can go out and buy yourself any style or kind of food you want.

But choice is a burden — and it can be overwhelming. So we turn to the experts — the legion of nutritionists, diet counselors and foodies — to tell us what to buy and how to cook. But once you've left the orbit of a particular, local way of doing things, there is no such thing as the right way to eat, or cook, just as there is no one right way to live. It's a mug's game. Instead of just getting on with life, we worry about life, and we turn to experts, as if they can tell us what we need to know to carry on.

It is Gopnik's provocative claim that we've gotten ourselves into just this kind of dilemma when it comes to raising kids. Perhaps the only thing many of us are sure of is that we don't want to do it the way our parents did. But without that model, or another tradition to fall back on, we turn to book learning to help us make sense of something that is actually particular and unique, namely, our relationship with our particular, unique children. But if you've got to consult with the experts, you are already outside the space you want to be in, namely, living life here now with your beloved family.

Perhaps one of the hidden costs of social freedom — for example the freedom to raise our kids the way we see best — is the anxiety that because anything goes, any choice we might make is, somehow, arbitrary. Our liberal society leaves us no authority higher than ourselves to which we might appeal to decide how to eat, whether to marry or have kids, whether to practice a religion, how to vote, what to buy.

It is not surprising, then, that so many of us turn to science for answers. We seek out and pretend to find experts who use science to determine the optimal way to eat, or exercise or, returning to the focus of Gopnik's important book, raise kids.

Was there really a time in America when the decisions that make up a life were settled by tradition alone? That is, was there ever really a time when there were no decisions to be made about what to eat or whether to put the child to work? I'm skeptical. That sounds a little too much like a fantasy about the Olden Days to me.

But Gopnik is certainly on to something when she challenges our ready tendency to turn to books on "parenting" by supposed experts. Being parents is not a job, she argues. It's about loving your kids.

Much of the book is devoted to explaining why we can't turn to the experts for guidance, or at least, why we should expect no more from them than from parents or grandparents. As one of the world's leading developmental psychologists, Gopnik is in a position to state, with authority, that no one knows what's best when it comes to raising kids. That goes for co-sleeping as well as for screen time and making your kids do homework or take music lessons. Not that there aren't good reasons for you to choose one course of action for your child, in the context of your situation. But science isn't going to validate your decision for you.

And not just because we don't know. But because, given what we do know, there probably just is not a fact of the matter about which way of doing things is best. One of the things we know, as Gopnik explains beautifully, is that a certain degree of conflict between parents and their children is inevitable, the result of evolution itself. Human children enjoy long childhoods so that they can experiment and figure out what kind of person they are going to become. "We can't make children learn. But we can let them learn," writes Gopnik. And that's what kids are doing when they play and resist and explore and range wildly and make a big mess. They are learning.

Gopnik also writes: "Loving children doesn't give them a destination; it gives them sustenance for the journey." The point is this: The conflict between parent and child, or rather, the parent's inability to control where the child ends up, is the very engine not only of the child's becoming the person it will become, but of the evolution of culture over time. To try to cast children in a single mold would be like trying to take the natural selection out of evolution. It can't work.

Which doesn't mean it is even an option for us to stop trying! However we got to this pass, here we are and — given that there isn't any one way we antecedently know is the only right way to do things — we need to muddle on as best we can. And who can be blamed for reading advice books by well-meaning pediatricians or knowledgeable neuroscientists? To refuse to do so, to just go with the flow and let kids raise themselves, would be irresponsible, as Gopnik understands perfectly well.

But don't worry! There may be no one right way to do it. But there's not necessarily a wrong way, short of outright abuse, either. And chances are we won't do any harm. This is the gospel according to Gopnik.

Take the case of screen time: There's absolutely no evidence, Gopnik says, that digital media are any different — either in their habit-forming nature, or in their mind-absorbing, brain-altering character — from older "new media" such as the book. Moreover, as I have discussed in print before, there's evidence that the newer social media do not so much alter one's social existence as they transplant it, warts and all, to a virtual sphere. Kids are using texting and Instagram to do what they've always been doing — keeping in touch.

The moral is not: Don't worry, let the kids do what they want. The moral is: Teach your kids what you believe and give them the best guidance you can, but recognize that they're doing their job — for themselves and, in a sense, for the collective — by making their own decisions about how to carry on.

One of Gopnik's guiding ideas is that parents should be like gardeners, whereas, according to reigning ideology, they tend to think of themselves as like carpenters; hence the book's title. Our task as parents is not to carve fixed materials into a finished product. But rather to coax living things that are already out there in a complicated ecosystem to become themselves.

The problem with the metaphor of the gardener is that it may grant to parents more agency, more control, than they actually possess.

Read an excerpt of The Gardener and the Carpenter

Sure, parents may decide not to let Junior watch TV. But the value of such a prohibition — whether it's ultimately a good thing or a bad thing, a loving act or, even, a repressive one, is not something the parents get to control. It depends on the specific relationship between parent and child, and the larger family and maybe even social situation in which they find themselves. We parents live in the garden with our kids; we are planted in the very same soil.