Accessibility links
As The Climate Changes, Cities And The Planet Can Work Together : 13.7: Cosmos And Culture Do cities destroy nature or are they part of nature? Astrophysicist Adam Frank looks at a new book attempting to answer that question — which he says could be a key to our collective future.

Can We Build Cities That Think Like A Planet?

Can We Build Cities That Think Like A Planet?

In 1950, less than 50 percent of the world's population lived in cities.

As of 2014, more than half of people on Earth occupied space in urban areas. By 2050, it is expected that the city dwellers will grow to 66 percent.

The tipping point has been crossed. More important, our rapid urbanizing comes at exactly the same moment the planet begins its transition to a new (and unknown) climate state.

There are dangerous links between this climate change and our relentless city building. How resilient will our vast urban agglomerations — called "mega-regions" — be to rising sea levels or changing storm patterns? How much damage do cities do to the environment and the "services," like clean water, it provides human civilization?

The growth of urbanization and megacities. Note the location of megacities of 10 million or more inhabitants. Many of these are part of "mega-regions" like the Boston to Atlanta axis on the Eastern Coast of the U.S. UN 2011/Courtesy of Marina Alberti hide caption

But looking at dangers isn't the only way to view the problem of Earth and its cities. The changes we're pushing hold opportunities, too, and they're of a kind we simply cannot yet imagine. That's because, says Marina Alberti, urban ecology at the dawn of the Anthropocene is all about the possibilities of novelty. 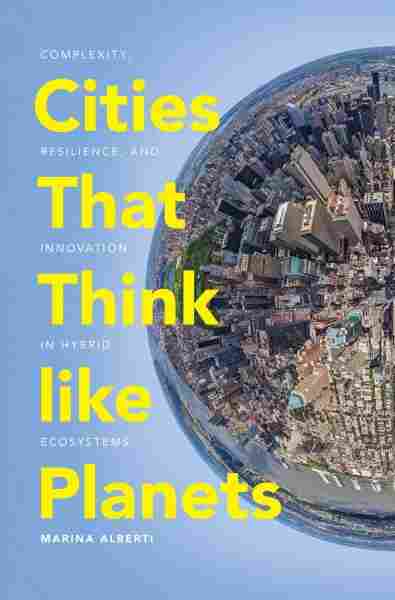 Alberti is a slim woman who speaks with slight Italian accent and radiates the excitement of new ideas. I first met her a few years ago at the University of Washington where she is a professor in the department of urban design and planning. I was immediately impressed by the range and scale of her ideas as she easily slides from the genetics of ecological innovation to the specifics of network theory applied to cities. That range finds its expression in her new book Cities That Think Like Planets: Complexity, Resilience, and Innovation In Hybrid Ecosystems.

Alberti has been a leader in thinking about the role cities play in the Anthropocene — the new planetary epoch where civilization becomes a principle driver of Earth's coupled systems (atmosphere, oceans, etc.). But where others only see planetary emergency, Alberti looks deeper to understand how the Anthropocene may yield profound opportunities for innovation on a planetary scale. The key, she says, to gaining a hold on this innovation is the need to put cities within the ecosystems they both draw from and change. Early in her book Alberti frames the problem:

"Urban Ecology faces a challenge: to position itself in the context of planetary change and to understand the role that cities play in the evolution of Earth. The dynamics of urban ecosystems are complex and hard to predict because we do not yet understand how they work. Here I advance the hypothesis that cities are hybrid ecosystems, the products of co-evolving human and natural systems. Building on ecology and evolutionary theory, I contend that it's cities hybrid nature that makes them unstable and unpredictable, and simultaneously capable of innovation."

Hybridization is a key idea that Alberti takes from decades of evolutionary and ecological theory. To understand the idea, you have to first consider the "historical state" of an ecosystem as a set of interconnected parts: different species that feed on each other while also relying on the "natural" flows of water, air and nutrients. I put "natural" in quotation marks because the living part of the ecosystem will modify the flows of the non-living parts, just as the non-living parts modify which species exist and how they go about their business. Ecosystems are in the business of modifying nature because they are nature when life is present.

So this "historical" ecosystem is what's there before something perturbs it. That includes the so-called functions that ecosystems provide. These functions are basically mechanisms and processes that characterize what the ecosystem does. Water, for example, gets filtered as it flows through marshlands. That filtering is an ecosystem function.

But when a historical ecosystem gets kicked hard enough, it responds. That perturbation can be something like a drought or new species or a civilization pushing its way in. If the kick is not too hard, the ecosystem may slide back to its former state. But if the kick is really hard it may eventually push the ecosystem to a new state. The in-between region is what Alberti means by a hybrid. In a hybrid state, the system could slip back to its historical condition or it could also move permanently towards something that looks very, very different. 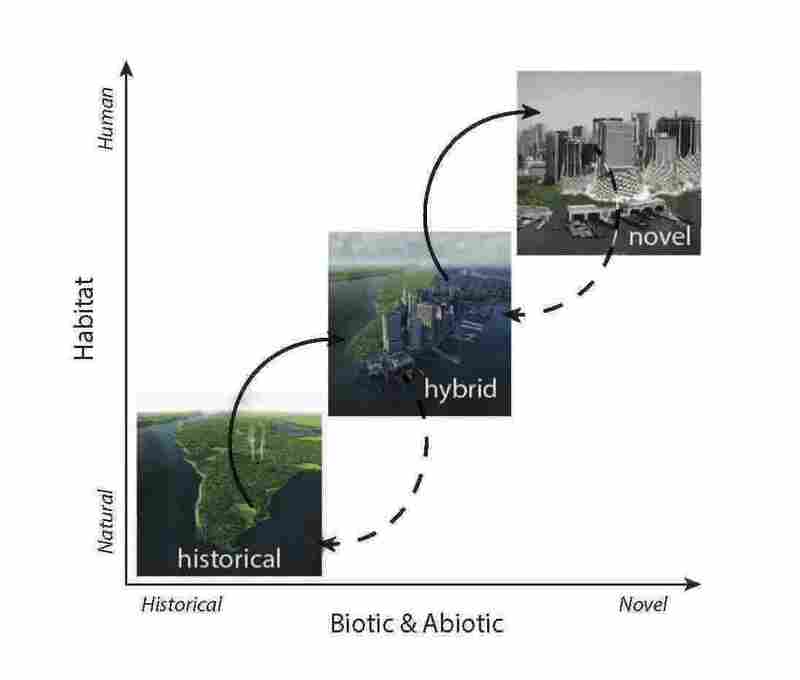 As humans urbanize, they take ecosystems from their historical "natural" state through a hybrid state and on to either outcomes they desire, in a novel resilient system, or collapse. Here we see three views of Manhattan going from its historical state to its hybrid state and on to a novel resilient state. Eric W. Sanderson. Tingwei Xu and Xie Zhang/Courtesy of Marina Alberti hide caption

The vast mega-region cities we're assembling are now hybrid ecosystems according to Alberti. They are more than just natural systems and more than human systems — and they're more than either of them glued together. For Alberti, something entirely new is emerging on the planet. And the only way for what emerges from all this novelty to be beneficial is to develop a more fundamental understanding of how a co-evolving natural-human hybrid ecosystem really works.

And that takes us to new science of complexity.

As Alberti describes it, urban ecosystems aren't just complicated, they're complex. In particular, they're composed of multiply overlapping dynamic networks. A network is a scientific term for any group of players and their connections. There are social networks, transportation networks, gene regulation networks, networks of predators and prey. Network theory is the interdisciplinary field whose goal is to understand how networks grow, adapt and respond to changes.

One crucial issue when thinking about urban ecosystems as networks is resilience. Imagine 30 percent of all the networked computers making up the Internet went dark. Would you still be able to Google the definition of a word? Would you still be able to get to Amazon to buy some shoes? In other words, would the Internet, as a network, be resilient to a "kick" like losing lots of connections? 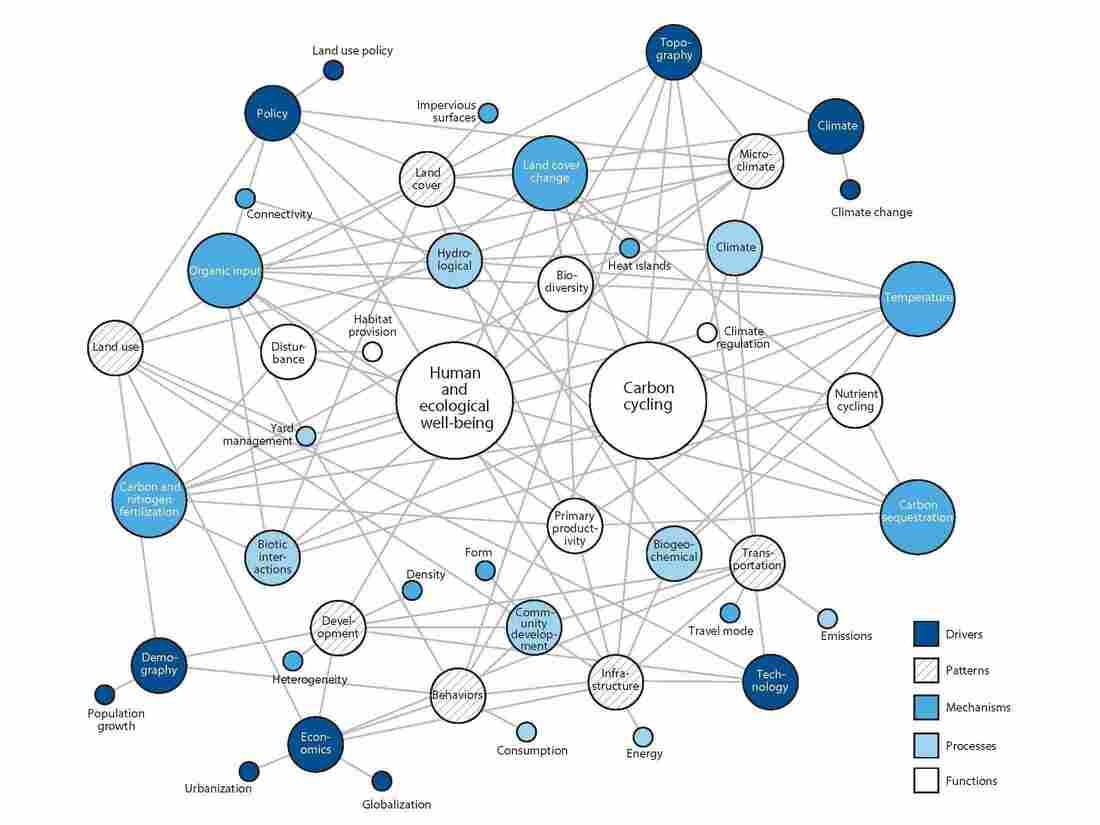 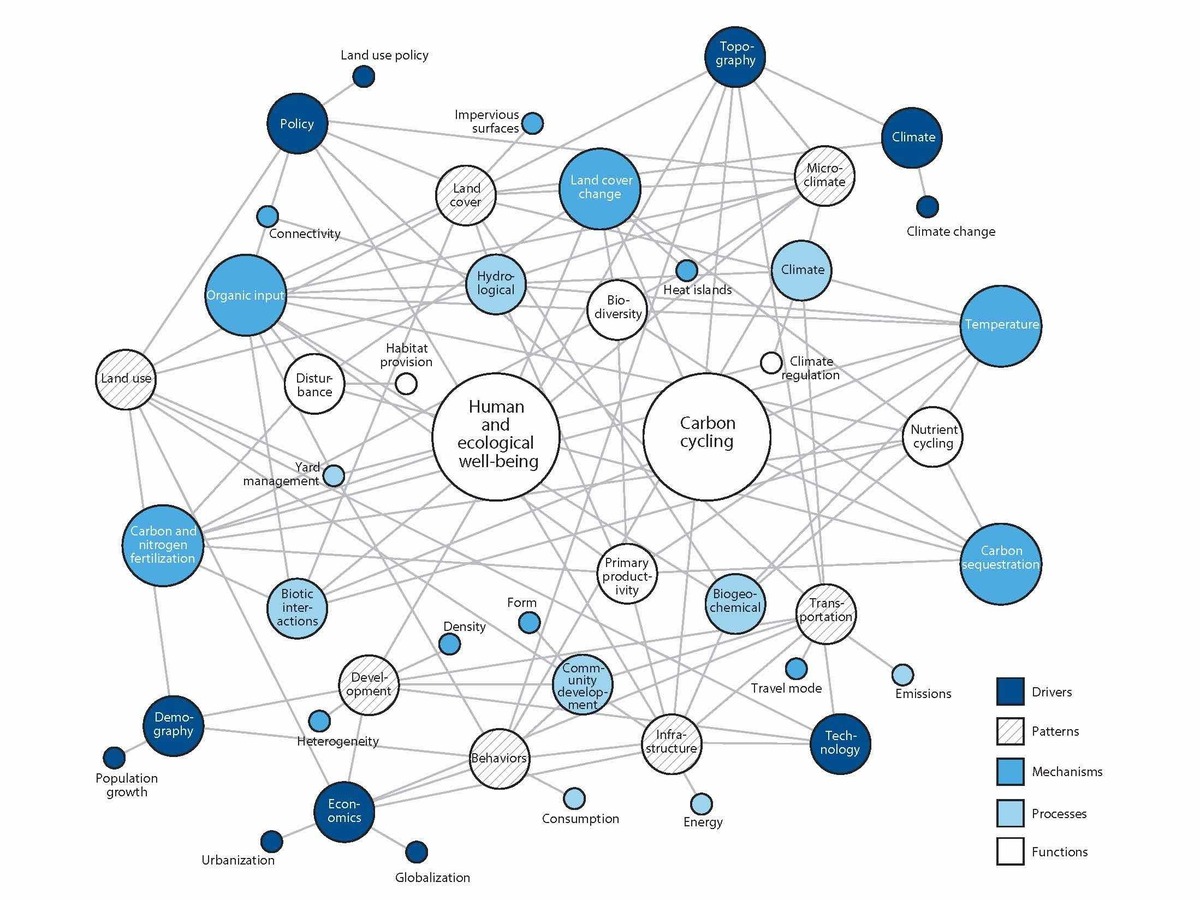 The complex "network structure" of natural and human interactions in urban ecosystems.

Developing measures of network resilience is one job of network theory. It's a particularly pressing issue for understanding cities and their role in the Anthropocene. As the multiply overlapping networks of human and natural systems co-evolve into something new — as Alberti predicts — can scientists find ways to see which actions will lead to positive innovation?

Understanding the ways cities and the planet evolve together will be crucial because there is negative innovation, too. It's possible that the outcome of a hybrid system will be evolution to a new state of collapse. That's when the functions that defined the historical ecosystem (and made it healthy) simply fall apart, leading to massive die-offs. 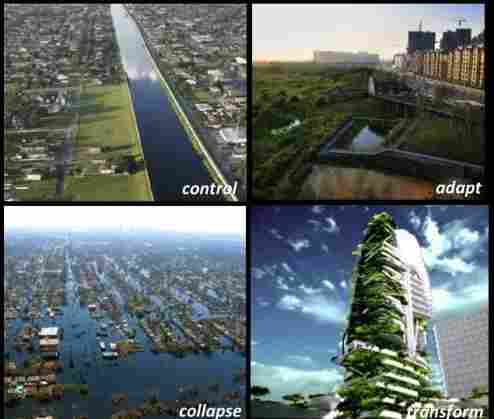 If, however, we can understand the tipping point of hybrid ecosystems more clearly, we might be able to supercharge their capacity for innovation. The goal would be to guide the co-evolution of human and natural systems as they generate novel functions together. In this case, the new functions would enhance both sides — human and "natural". Imagine a biosphere in which cities actually contribute to species diversity and increase habitat health. In such a world, cities would not be above or below "nature" but fully enmeshed in the networks and functions that define a long-term (i.e. sustainable) novel planetary state.

These are very big ideas that Marina Alberti is working on. They weave the evolution of human culture seamlessly together with the evolution of the planet and its biosphere. While that integration may seem radical to some, what may have been more radical is that we ever saw them as separate.