Accessibility links
Together, Art And Science Can Help Build An Understanding Of Transgender Struggles : 13.7: Cosmos And Culture How can science and art combine to help the rest of us understand and support transgender kids? Anthropologist Barbara J. King looks at a film new to the U.S. addressing gender identity and sexuality. 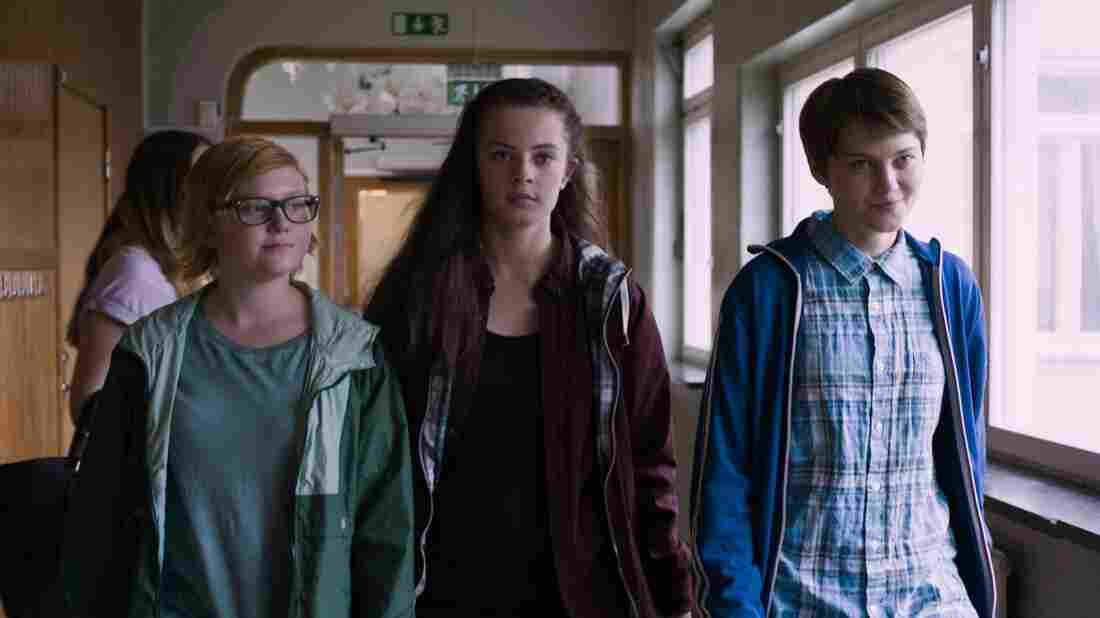 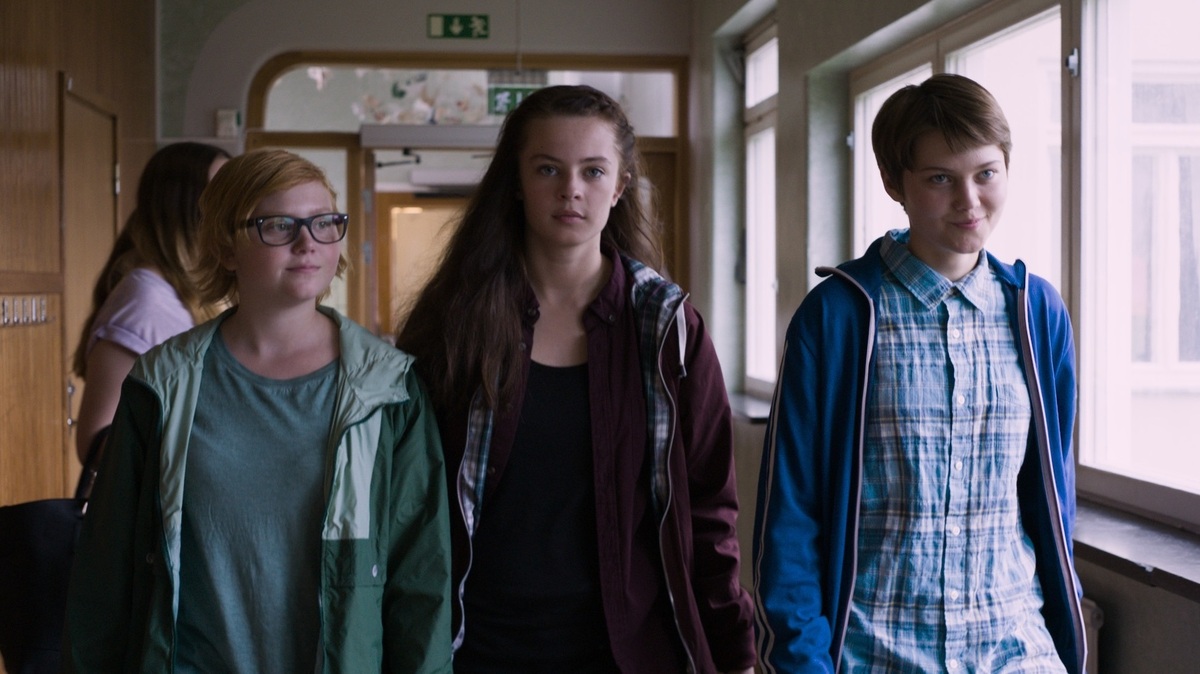 For 13 minutes last Friday, I was entranced listening to the Moth Radio Hour when attorney, husband and father Chris Gilbert spoke about his son Brody. (Gilbert's segment starts at about 36:30.)

As a kindergartner, Brody — who at birth was assigned female status and named Amelia — started to identify as a boy. Gilbert and his wife knew this, but they didn't think their child's school did. When the school called home to request a parental meeting in two weeks, Gilbert spun into sustained anxiety, even fear, about what would happen — and about how he could protect his child the way that would be necessary.

On the appointed day, the kindergarten teacher, with an array of other school staff in the room said, with tears in her eyes, to Gilbert: "Tell us what you want to do. You have a beautiful child and we are here to do whatever you need us to do."

How beautifully human! From that point forward, Brody was Brody at school (as he was also at home). He lined up with the boys and he used the boys' bathroom.

Gilbert sought his son's legal name change, which went smoothly. He eloquently describes his pride in his son and his gratitude for the school's response and the judge's as well.

But Gilbert also takes pains to say that he feels guilt, because he knows his family's story is not typical. Many transgender kids don't have it so easy. This fact I know from living in the Virginia county where a brave teenager, Gavin Grimm, seeks the same right as Brody: to be the boy he is at our local high school, and to use the boys' bathroom there — and, in response, is taunted as "a girl" and "a freak" by some adults in my community.

The day after I heard Gilbert on the radio, I screened the Swedish film Girls Lost, directed by Alexandra-Therese Keining and based on the novel Pojkarna by Jessica Schiefuerm. The film was released in the U.S. on DVD and Video on Demand Tuesday.

Girls Lost is a compelling and, at times, heartbreaking drama about the fluidity of gender, and the costs to children who express that fluidity. Though fictional — and even including elements of the supernatural — it embodies the reality of how tough trans life can be.

The movie's central character is 14-year-old Kim. We first meet Kim as a girl who struggles with her gender identity. We, the audience, understand that she longs to be a boy — or, as I might put it, she is becoming a boy who longs to be recognized as one.

Along with her best girlfriends, Momo and Bella, Kim is bullied at school, sometimes violently. When the three friends drink the sap of a strange black flower, they are physically transformed into boys — a transformation that is short-lived, requires repeated sap-drinking to recur, and means something quite different to Kim than to Momo or Bella.

Kim becomes drawn more and more into the world of teenage boys, with consequences that range from the joyful to the soul-crushing. The film is melodramatic at times but, in a way, that's entirely in keeping with the turmoil of what is happening as Kim experiences what life is like as his authentic self (a boy).

At one point at school, Kim, who in this scene appears to be a girl, observes the boy Tony, with whom Kim has fallen in love. But Tony only knows Kim as a boy. Standing there as an apparent girl, Kim says with great yearning, "Can't you see that it is me?"

That line, for me, stands right at the heart of Girls Lost.

It's at the heart, too, of what Gavin Grimm asks, as he tries to go about life in high school as the boy he is.

And it's at the heart of what Chris Gilbert's son Brody, as a kindergartner, was spared from having to plead — because he has loving parents and loving teachers and school administrators. There is an example to give us all hope.

After watching the film, I emailed director Keining, who was in Morocco doing work on a future film. I asked her to tell me more about her vision for the movie.

"To me, Girls Lost is ultimately a film about the right to discover your own identity as well as sexuality," Keining wrote. "I meet many transgender teenagers and adults who are really moved by the film. They say, 'You really nailed the feeling.' Others become very curious and ask 'Where can I buy this [magical, gender-changing] plant?'"

Keining said that Girls Lost is now regularly shown in schools across Europe and Scandinavia, "helping students to discuss and understand everything from gender, to sexuality, to friendship, transgender and bullying."

So far, I've been writing here about art.

Here's what we know from anthropology and biology — that is, from science:

Here, art and science intersect powerfully. Both can be used to advocate for transgender people's human rights.