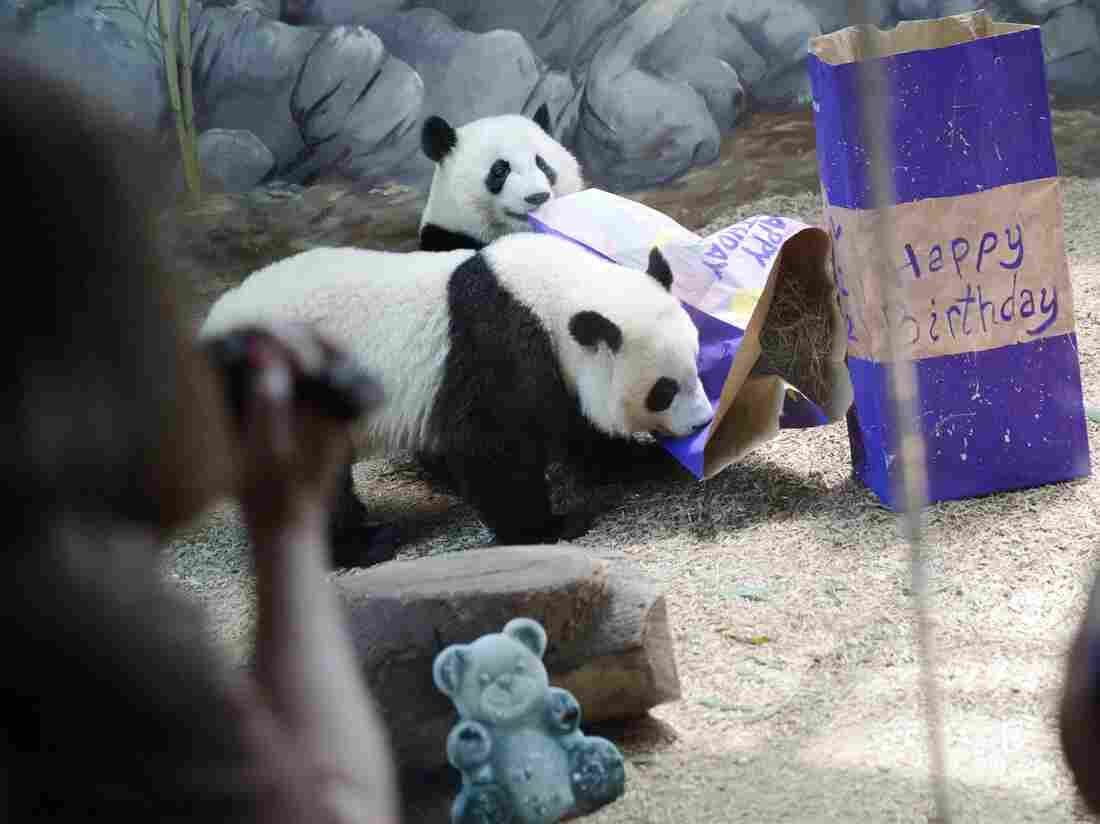 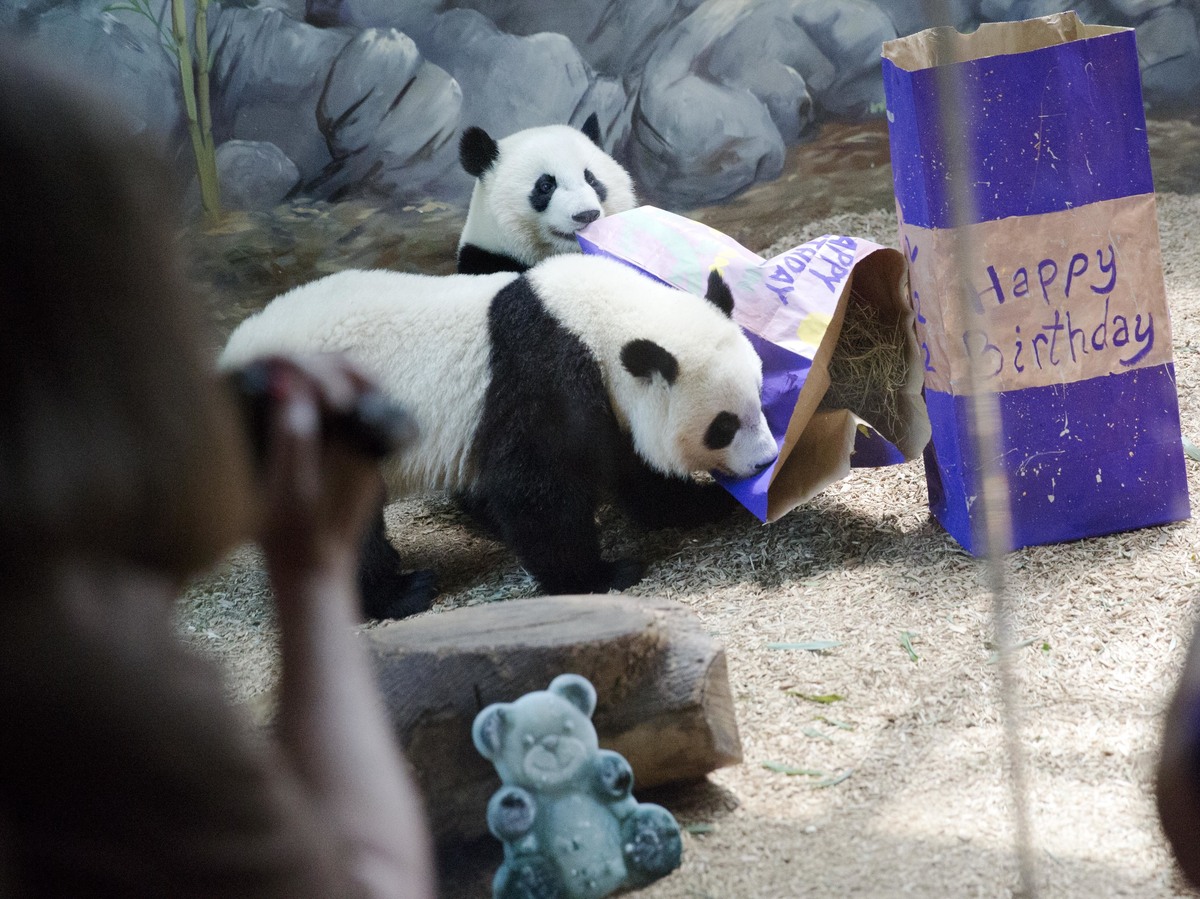 Ever lived overseas or traveled internationally? If so, you might being feeling empathy for the panda sisters Mei Lun and Mei Huan.

In November, these 3-year-old twins were sent from their birthplace at Zoo Atlanta to China. And they have been dealing with culture shock ever since. They especially miss their favorite foods — and they don't respond to the unfamiliar language as they did to sentences directed to them in English.

The Meis are zoo-world superstars: They are the first surviving panda twins born in captivity in the U.S. And, now, their younger siblings, twins Ya Lun and Xi Lun, who were also born at Zoo Atlanta in September, are a viral sensation. The parents of these two sets of twins (and three other panda cubs, besides) were sent to the U.S. on loan from China as part of a "panda diplomacy" program. The rules of the program require that offspring born in the U.S. return to China.

In November, it was time for Mei Lun and Mei Huan to go, and the youngsters flew off to Chengdu Research Base of Giant Panda Breeding.

China, of course, is a natural home to this species.

But it wasn't the cultural home to Mei Lun and Mei Huan.

I know the feeling. When I arrived in Africa as an anthropology graduate student for the first time in 1983, to live and work for 14 months in Franceville, Gabon, I encountered a new blend of languages and cultural traditions. It was wonderful and enriching, but also overwhelming — a lot to adjust to all at once.

Unlike humans, pandas can't be prepared ahead of time with verbal explanations and assurances about the novel experiences ahead of them. Zoo Atlanta did the next best thing: The zoo's communications head Rachel Davis told CNN that a 375-pound supply of bamboo and 25 pounds of the panda's favorite biscuits were sent along in the plane with the sisters.

I'm not terribly worried about Mei Lun and Mei Huan, as they will no doubt adjust gradually. As Davis said to CNN, gestural communication and positive training procedures used with the pandas do span the two cultures, and a whole team of people is attuned to the pandas' needs.

The pandas' experience is important for what it means for us, though, I think. Through it, we can recognize just how much animals may be emotionally affected by their day-to-day experiences in human cultures.

Our pets, too, may experience culture shock.

I like this Global Times explanation of the phenomenon because it goes beyond food and language to add in subtler aspects of culture when assessing culture shock. Dogs and cats who accompany their human families to a new country may be affected also by new scents and unfamiliar habits of the people and other animals around them.

That sense of dislocation that Mei Lun and Mei Huan are experiencing may be close in sensibility to a concept familiar to anthropologists and famously called "Mother Culture" by Daniel Quinn in his novel Ishmael. It's the idea that as we grow up, we're so steeped in the ways that things happen around us, we barely even notice how right they feel until we're confronted with (even shocked by) an alternative way of doing things.

The emotional costs to animals of relocation to new countries shouldn't be dismissed. Yet a new level of concern exists when culture change is imposed on animals without ethically appropriate reason or care: When wild elephants are relocated to U.S. zoos or laboratory chimpanzees are shipped overseas to a small UK wildlife park that is licensed but lacks accreditation as a zoo. In cases like these, culture shock is likely to be exacerbated — and wholly avoidable.