Accessibility links
Reflecting On Some Of The Scientists We Lost In 2016 : 13.7: Cosmos And Culture Adam Frank takes a moment to honor some of the scientists, engineers and explorers who left us this year. It's their shoulders we're all standing on now to get a better view of this world, he says.

Reflecting On Some Of The Scientists We Lost In 2016

Reflecting On Some Of The Scientists We Lost In 2016 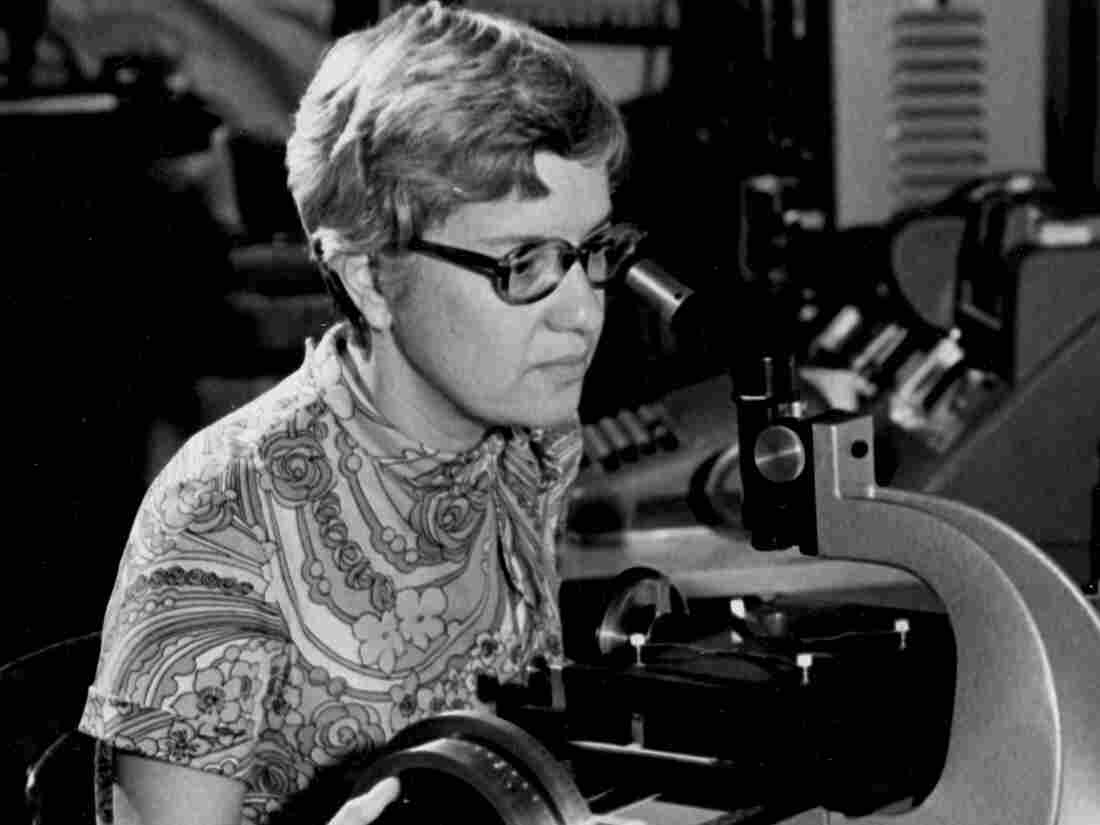 As I move through the stages of my life in science, I'm becoming all too aware of the weight of responsibility.

Science is more than just a career; it's a way of being in the world (which is why everyone can be a scientist regardless of what they do for work). The traditions of honest dialogue with the world that make up the practice of science have been handed down generation to generation. When we're students, we look to our teachers as the ones "who know." They are the keepers of the tradition. Then we become teachers and realize our students are looking to us as the ones who know. It's very humbling.

That's why it's worth taking a moment to honor some of the scientists, engineers and explorers who left us this year. It's their shoulders we're all standing on now to get a better view of this world.

Vera Rubin. Rubin entered a career in astrophysics at a time when few women were allowed into the boys club — and those that were had to fight hard for acknowledgment. The fact that Rubin successfully pursued ideas that were strongly at odds with established wisdom makes her long, storied career even more remarkable. Early on, Rubin began looking for evidence that galaxies did more than simply flow along with the cosmic expansion that began with the Big Bang. That was a radical enough idea but, in time, she began exploring the rotation patterns of spiral galaxies. Her data showed that in galaxy after galaxy, the rotation rates at large distances were so large they implied a gravitational "pull" of vast quantities of unseen material. In this way, Rubin can be credited with putting dark matter on the map. She was courageous and brilliant and never forgot the barriers others placed in her way because of her gender. A tireless fighter for a fully inclusive science, her absence will be sorely missed — but her example will continue to inspire.

Marvin Minsky. Minksy was one of the world's great pioneers in the study of artificial intelligence. As MIT Technology magazine explains it, "Minsky's early achievements include building robotic arms and grippers, computer vision systems, and the first electronic learning system, a device, which he called Snarc, that simulated the functioning of a simple neural network." Minsky believed that AI was not only possible but also inevitable and, more than anything else, infinitely worth studying. As he once told The New York Times: "Genetics seemed to be pretty interesting, because nobody knew yet how it worked. But I wasn't sure that it was profound. The problems of physics seemed profound and solvable... But the problem of intelligence seemed hopelessly profound. I can't remember considering anything else worth doing."

Susan Lindquist. A professor of biology at MIT and a National Medal of Science winner, Lindquist was an expert in the problem of protein folding. This is the nano-scale process that allows the molecular machinery in our cells to work with such astonishing specificity. She was a brilliant scientist with a passion for her problem. As she once wrote: "What do 'mad cows,' people with neurodegenerative diseases, and an unusual type of inheritance in yeast have in common? They are all experiencing the consequences of misfiled proteins." This year Johnson & Johnson honored her with a $5 million grant to establish the Susan Lindquist Chair for Women in Science at MIT. The grant will be awarded to a woman scientist carrying out advance biomedical research.

Ray Tomlinson. The next time you send an email, you need to remember Tomlinson. Back in 1971 when computers were giant room-sized monoliths, Tomlinson used a precursor of the Internet (called ARPANET) to program the first tools allowing messages to be sent from one machine to the other. He used the "@" sign to separate the users name from the computer's name allowing the pathways of email to be established.

Edgar Mitchell. The sixth human being to walk on another world, Edgar Mitchell was the Lunar Lander pilot on Apollo 14. The experience of being in space deeply affected Mitchell. "Looking at Earth from space and seeing it was a planet in isolation... that was an experience of ecstasy, realizing that every molecule in our bodies is a system of matter created from a star hanging in space."

Gordon Hamilton. An Earth scientist who studied glaciers, Hamilton was a professor at the University of Maine. His work focused on the ways glaciers balanced their ice growth and ice loss. His work involved, among other things, deploying GPS sensors to study the movement of the vast snaking rivers of frozen water. Hamilton was only 50 years old when his snowmobile fell into 100 foot crevasse in Antarctica earlier this year. His loss was a reminder of the dangers many climate researchers are willing to endure in their effort to pursue science.