Accessibility links
How Memes Harken Back To Pre-Internet Times : 13.7: Cosmos And Culture The newer, Internet-social-media-sense memes are in the same vein as those some scholars defined years ago, says Alva Noe. 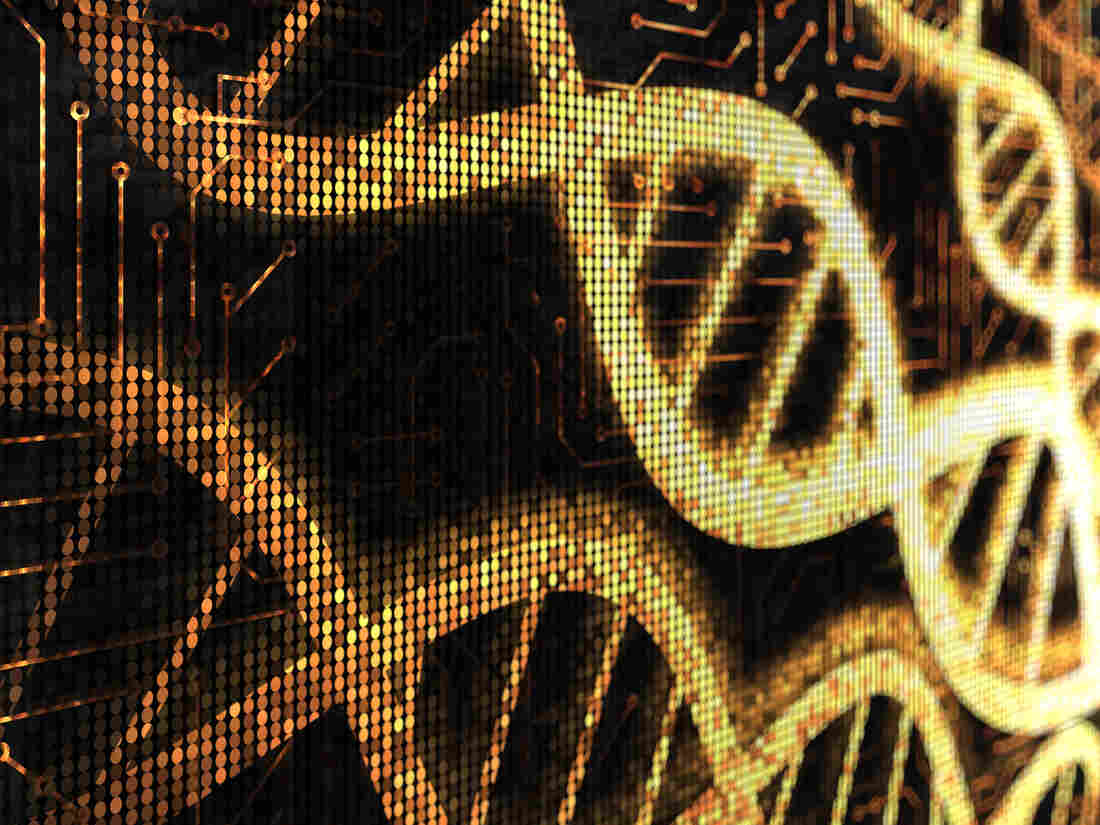 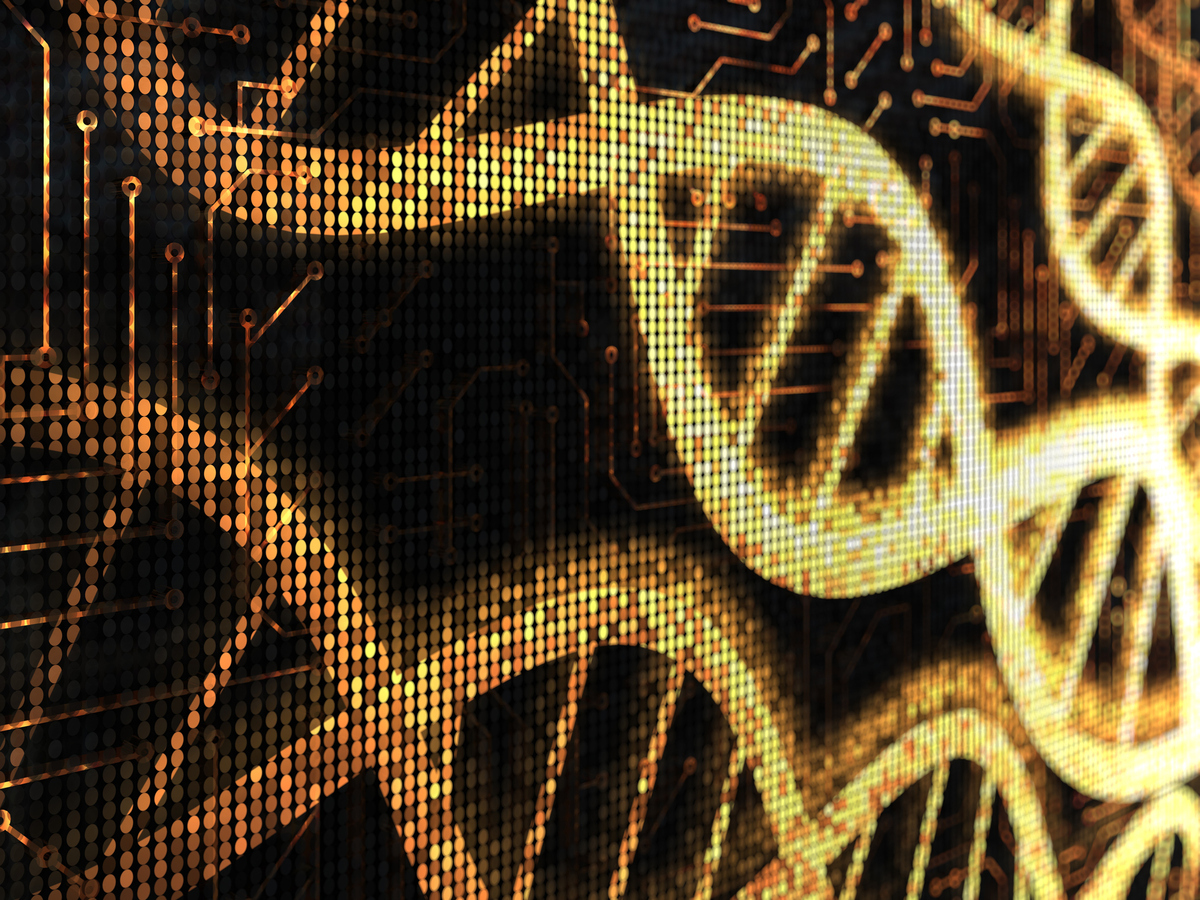 A few years ago, my son, who was 11, showed me a little captioned photo that he had found online; he referred to it as a meme.

I explained that he was misusing the word "meme." The concept of a meme was introduced by Richard Dawkins and then developed by Daniel Dennett and Susan Blackmore. A meme, according to these scholars, is the cultural analog of a gene; like genes, memes spread and, in their spreading, they take on a life of their own. Genes make up organisms and memes make up cultural agglomerations of organisms.

Cultural evolution moves faster than biological evolution and, in some respects, defies it. For example, cultural evolution can be Lamarkian; but culture, so necessary to human life, is subject, like biology itself, to evolutionary forces, to design without a designer, and to the emergence of novelty and diversification.

Well, it turns out — of course — that my son was correct in his use of "meme." He was doubly correct, actually. He was aware, as I was not, the term had acquired a new meaning and was also used to refer precisely to just the sort of ironic Hallmark-card-esque image or word mock-up that he'd shown me (Dawkins knows this, too.) But on top of that, memes, in the newer, Internet-social-media sense, are also memes in the sense of Dawkins et al. Not exactly the most profound, life-changing ones, to be sure, but, nevertheless, contagious, lively and evolving through iterations and reiterations not subject to anyone's control.

Actually, "memes" are memes not so much in the ways that technologies are — think the wheel, fire, cars, toasters or email. Rather, memes are the stuff of jokes, satire, wit and, most generally, art. As Elizabeth Cantalamessa, a scholar working on memes at the University of Miami, put it to me in an email:

"Memes work with ideas, including complex socio-political ideas. They can be subversive and can even react against dominant meme culture. Memes can be a way of orienting oneself in the world. Memes can frame problems or experiences in a way that allows us to share our experiences, including difficult or traumatic experiences."

In this connection, she mentions "the rise of intersectional/feminist meme communities" (see here and here).

The very application of the scholarly and theoretical term "meme" to refer to such silly, humble, low-bandwidth bits of ephemera is the sort of ironic appropriation characteristic of good jokes and inventive "memestreams."

Memes really are a lot like jokes, as one 12-year-old I know helped me appreciate. It's not the meme that's funny, as it were, all by itself; it's the meme viewed against the background of a whole series of thematic variations. It's like this with knock-knock jokes, too, or lightbulb jokes. Part of what makes the joke funny is the appreciation that it is a variation on a theme. The joke is at once a move inside a genre and a comment on it, and understanding the joke is really a sensitivity to a whole swatch of shared life, background assumptions, images, self-images, and so on. So, for example, consider memes as various as this Joe Biden series is or this one (Editor warning: Link contains explicit language).

These memes exhibit just the same sort of ironic self-reference that you see everywhere you look in the history of art, in pop music, in pop culture (like television sitcoms). Here's an example where art, in the form of the trademark style of Barbara Kruger meets the popular Harambe meme-type (Editor warning: Link contains explicit language).

Memes, really, are always about appropriation. Memes work with theft over honest toil; or rather, they toil to sample, copy, rip off and, in doing so, to be funny and smart.

This is one reason why those who are part of "the memery" the world over bridle at the adding of Pepe the Frog to the Anti-Defamation League hate symbols list this fall. The idea that Pepe is a symbol of a new racist right wing is about as silly, to them, as the idea that Queen Elizabeth, whose disfigured image appeared so prominently in the sights and sounds of early punk rock, was a symbol of punk. The punks used her, commented on her, dissed her, and, in doing so, they managed in a weird way to brand her as a punk grapheme. But even the least bit of fluency or cultural literacy would prevent anyone from thinking the queen was a punk rock icon in the relevant sense. And so with Pepe. The fact that some on the extreme right use this image in their Internet social space doesn't make it theirs. Which is not to say that tides can't turn, fashions shift and trends lead to one particular reading of the Pepe gaining traction.

It also doesn't mean that some uses of the image may not be straightforwardly anti-semitic or hurtful, or at the very least politically charged. It has been noted, for example by the Hillary Clinton campaign, that Donald Trump's campaign made use of Pepe in the presidential candidate's own Twitter feed. Did they do so because of the currency of Pepe in extreme right-wing Internet circles, or were they, perhaps, playfully indifferent to — or even ignorant of — such uses? The point remains, so kids everywhere would argue, if pressed, that it is of the very nature of the distinctive style of irony characteristic of appropriation that the dirt doesn't stick.

So Pepe, according to the Memesters, is no swastika. The fact that a swastika is a backwards Indian religious symbol does nothing to prevent its being the case that it is also, and forever more, a symbol of Nazi-ism. Pepe isn't a symbol, or an icon; he's a prop in a joke — and just as it is the joke that is offensive, and not the words themselves, so Pepe is not culpable.

The "new" memes aren't really new, not more so than jokes or irony. But the manner of transmission and the way in which whole collectives of people who've never met each other can organize and reorganize themselves into "in groups" and audiences is new (relative to the "old-fashion meaning") — and splendid. And so it isn't surprising that there are now first-rate philosophers like Simon Evnine at the University of Miami doing philosophy with, in and about memes — and also young scholars, like Cantalamessa, who sees in memestreams new possibilities for political investigation and what we might call alt-left and alt-feminist creativity.