Accessibility links
A New Book And Exhibit On Santiago Ramon y Cajal Highlight Drawings In Science : 13.7: Cosmos And Culture Santiago Ramón y Cajal's drawings, seen in a new book and exhibit this month, are a remarkable example of the seminal, creative, re-orienting significance of pictures in science, says Alva Noë.

The Art Of The Brain, On Exhibit

The Art Of The Brain, On Exhibit 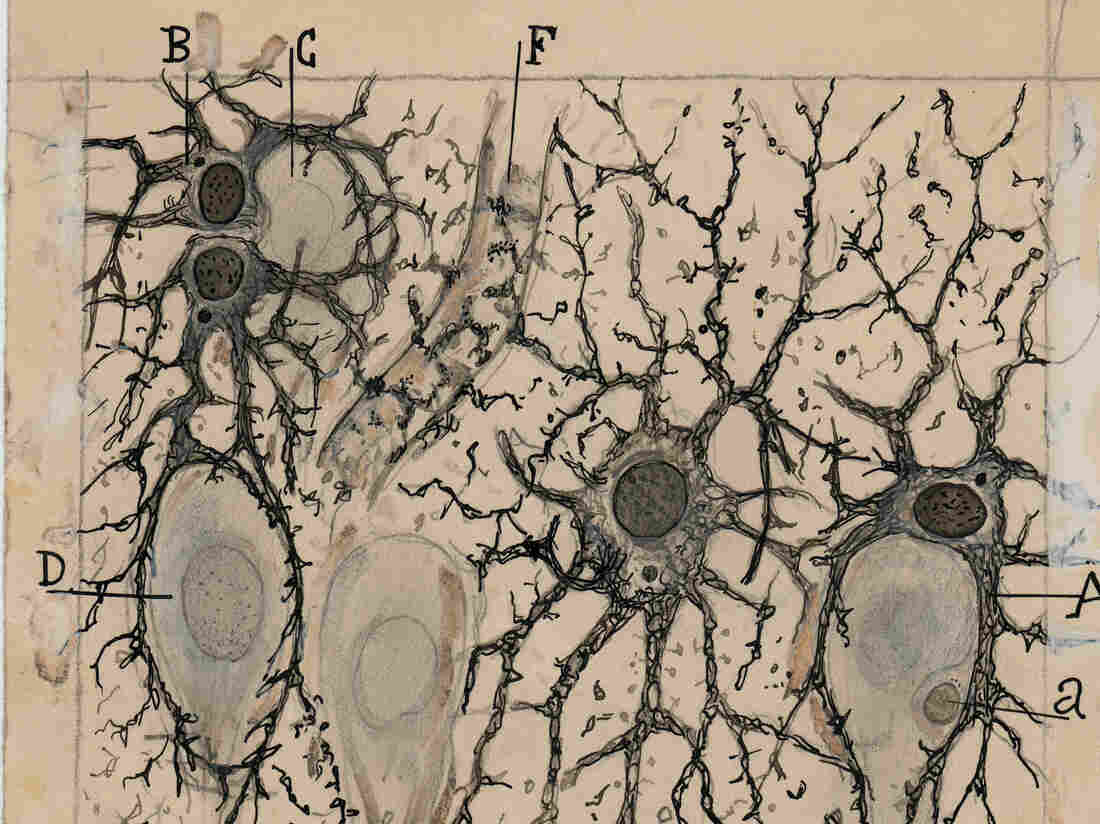 Cajal summarizes many of the properties of astrocytes in this drawing of the hippocampus of a man three hours after death. Courtesy Instituto Cajal del Consjo Superior de Investigaciones Científicas, Madrid, © 2017 CSIC hide caption 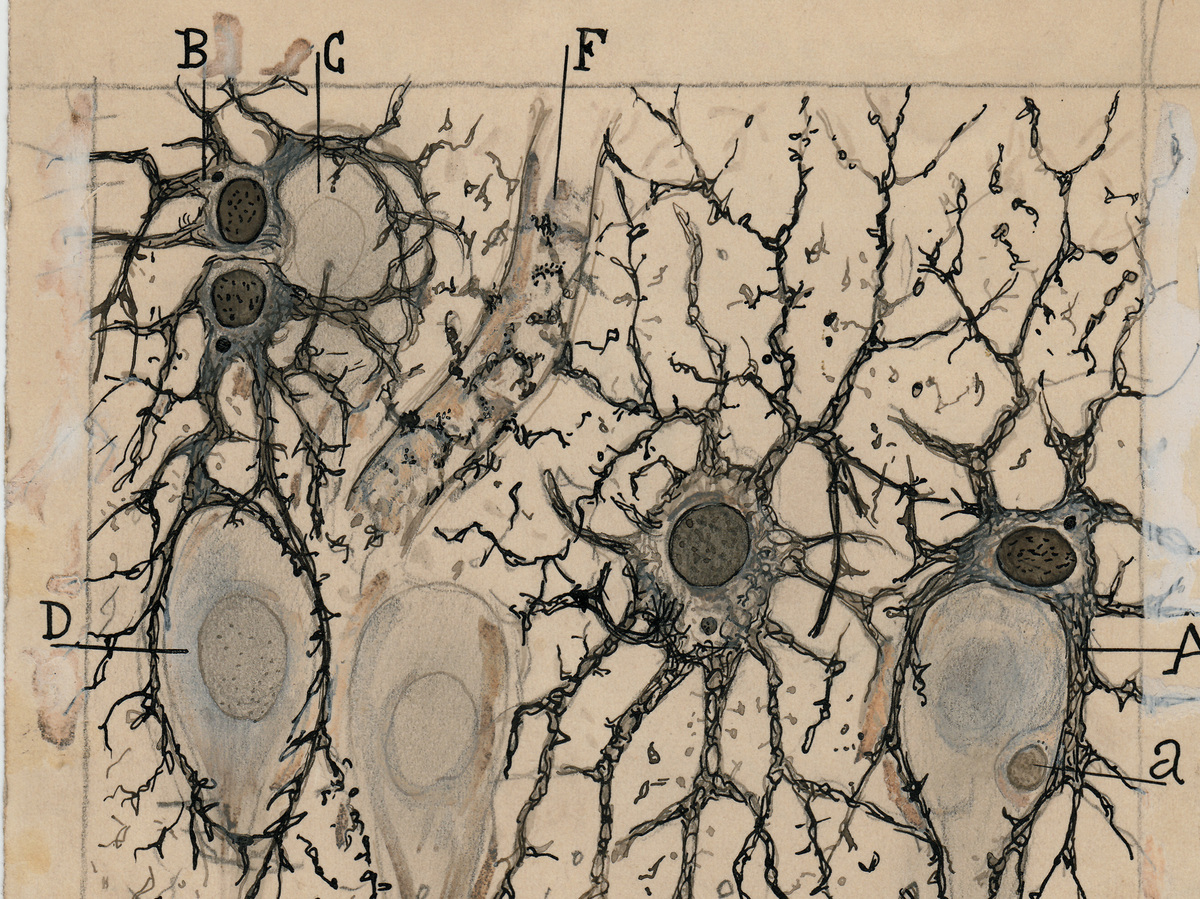 Cajal summarizes many of the properties of astrocytes in this drawing of the hippocampus of a man three hours after death.

Art and science can seem so different. Scientists work in teams, in the laboratory; their progress is piecemeal and, by-and-large, they know how to measure its occurrence. Art, so often at least, in contrast, is personal; it's about the signature achievement of the individual artist. And as for progress, well, that question doesn't really come up. 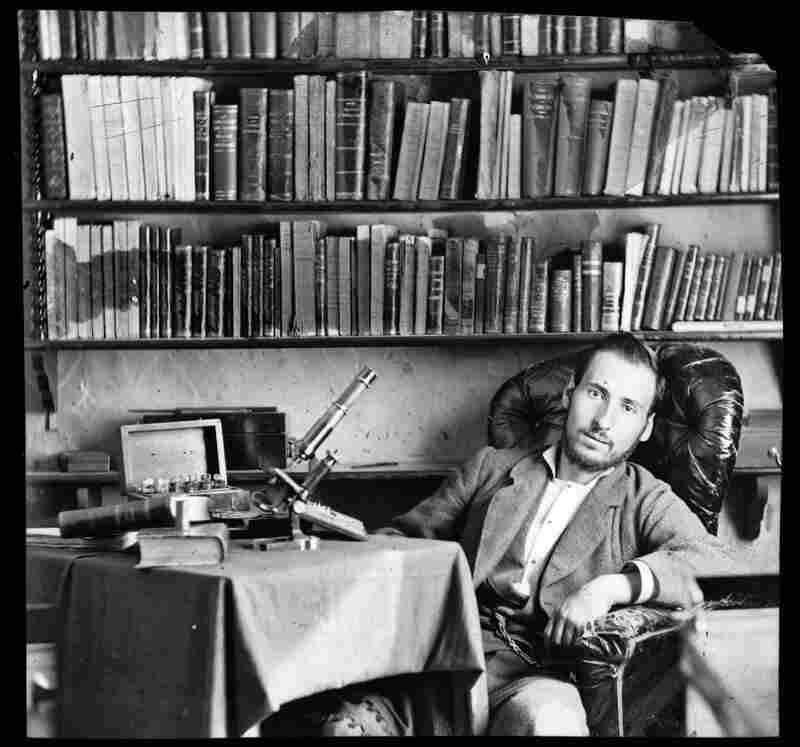 Self-portrait, taken by Cajal in his library when he was in his thirties. Courtesy Instituto Cajal del Consjo Superior de Investigaciones Científicas, Madrid, © 2017 CSIC hide caption

You have no doubt heard of Louis Pasteur and Charles Darwin. But have you heard of Santiago Ramón y Cajal? Along with the Italian biologist Camillo Golgi, he was awarded the Nobel Prize for physiology and medicine in 1906. His single and singular achievement was to produce accurate drawings of brain cells (neurons).

Sometimes a picture is worth the Nobel Prize.

This month, a new book and a traveling exhibition bring the extraordinary scientific and artistic achievements of Santiago Ramón y Cajal to North America.

Cajal's drawings are a remarkable example of the seminal, creative, re-orienting significance of pictures in science. It is so easy to overlook the importance of visualization to thought and discovery. We pretend that a picture is a kind of faithful copy of what there is. But no picture is ever just that — for the simple reason that reality is too complicated. A copy of reality is just more reality. A good picture, in contrast, is the articulation of something that interests us. It is the answer to a question.

I used to have a mechanics manual for a car that had photographs of the engine to accompany instructions on how to do maintenance. It was inferior, to me anyway, to another manual I had that consisted of line drawings of the relevant engine parts alone. The problem with the photographs was that they didn't pick out what was important. They just gave you a bit of the undifferentiated stuff. The drawings, in contrast, were truly articulate; they drew your attention to what was salient even as they drew the parts themselves. They say a picture is worth a thousand words. Maybe. But a drawing is worth a lot more than a mere photo. For a drawing is a thoughtful picture. It is really the visualization not just of what there is, but of what matters (for a particular purpose anyway). 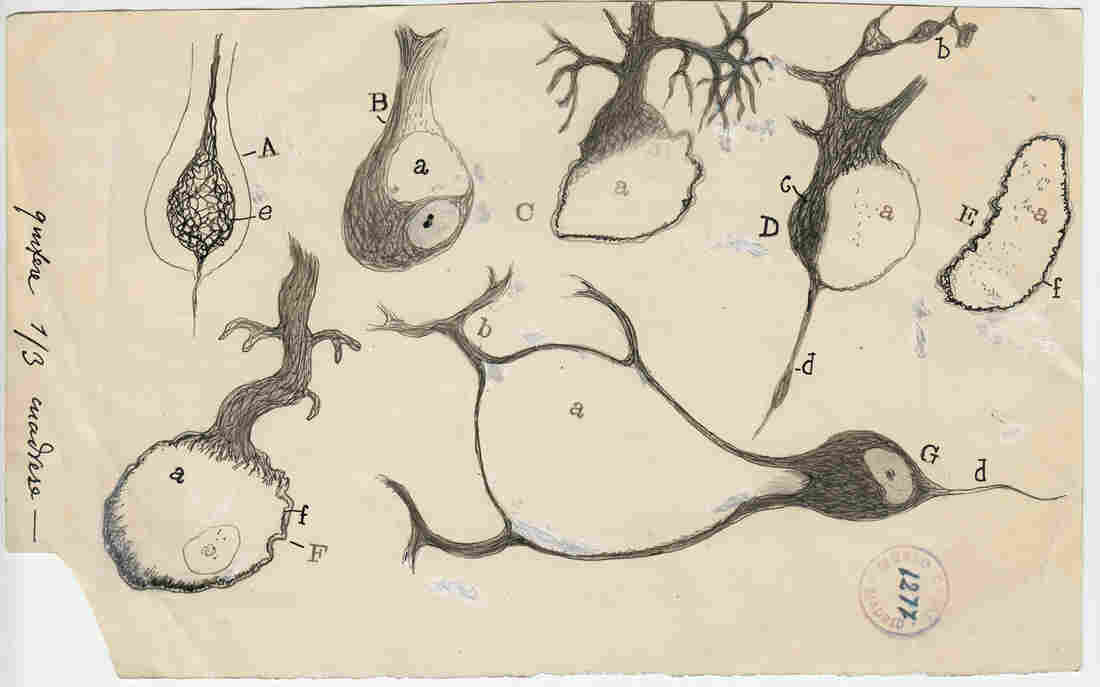 Here we see damaged Purkinje neurons of the cerebellum. Cajal has chosen to focus on the cell bodies, which have a bloated, empty appearance. The most swollen of these cells (G) has the appearance of a penguin, swimming among the other neurons. Did Cajal actually see a penguin as he gazed into his microscope? Hard to tell, as Cajal typically drew from memory. Courtesy Instituto Cajal del Consjo Superior de Investigaciones Científicas, Madrid, © 2017 CSIC hide caption

This is true with fMRI and PET today. These technologies have revolutionized neuroscience. Not because they let us see through the skull into the brain. We know what that would look like. The brain is a lump of meat. No, what PET and fMRI give us a graphical representation of what we think is going on. They are more like a police sketch drawing than an actual representation of the brain; they are depictions less of the brain than of our own hypotheses. 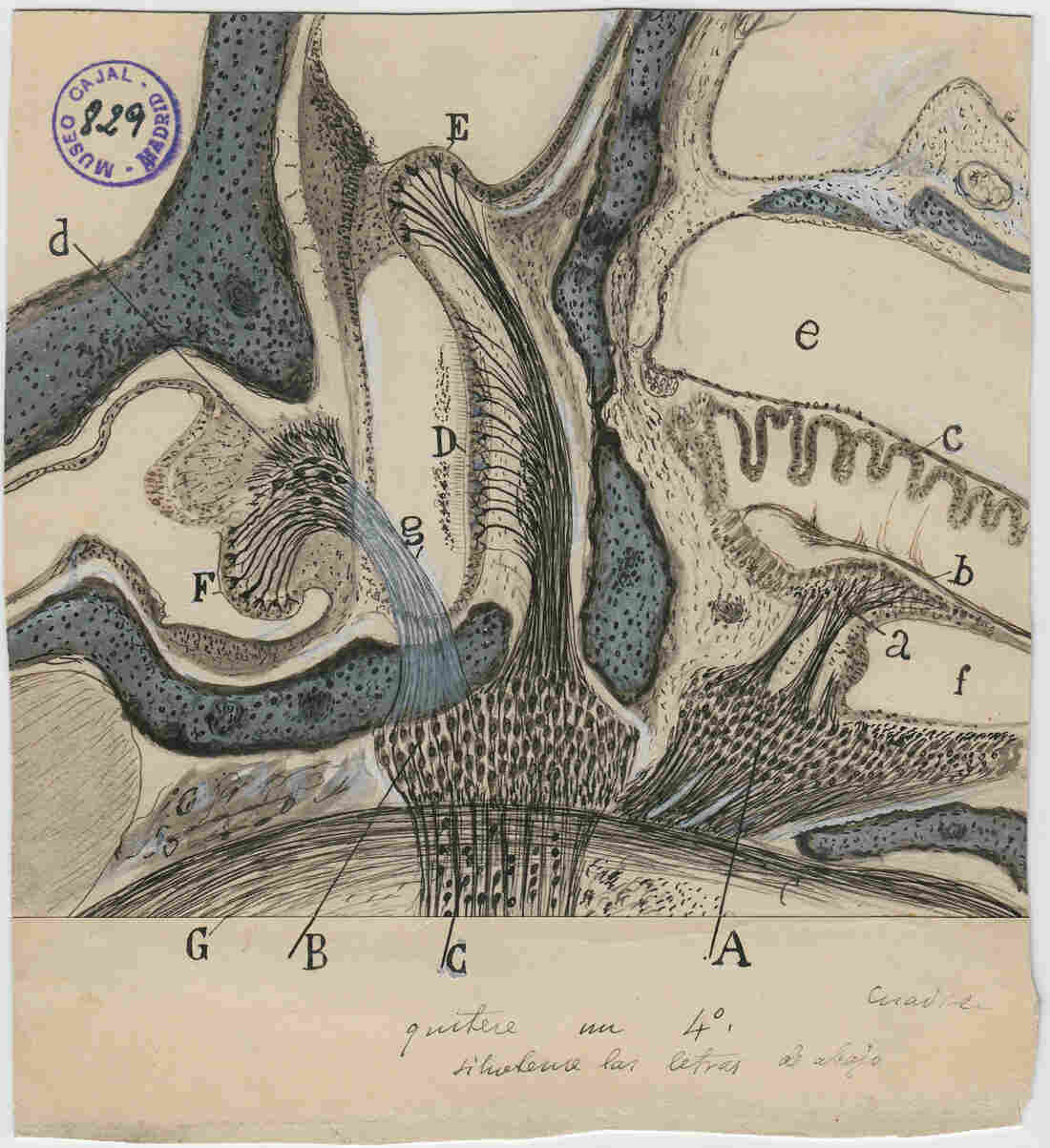 That was no less true of Cajal's drawings. These were high-tech by the standards of the day, based as they were on the use of the microscopic examination of stained brain tissue (using Golgi's technique). But more importantly, like the drawings in my car manual, these creations of Cajal's were realizations not so much of what Cajal saw — a messy arrangement under the glass — but of what he understood he was seeing.

This is why, as the editors of a splendid new Abrams collection of Cajal's drawings — The Beautiful Brain: The Drawings of Santiago Ramon y Cajal — make clear, Cajal's drawings gave the new field of neuroscience its theoretical foundations. Cajal's drawings gave flesh to two ideas that were, until then, only ideas: that the unit of organization in the brain is the individual brain cell (what has come to be known as the Neuron Doctrine); and the theory, only demonstrated later after the invention of the electron microscope, another technology of visualization, that cells signal each along dendrites and axons. Cajal's pictures were less copies of visual information than they were renditions of a new theory of the brain. They were theoretical science of the first order.

And they were also art! I don't mean simply that they were drawings or that they were made by someone who had, from his earliest years, wished to pursue the life of an artist. As we learn in The Beautiful Brain, Cajal's physician father lured him away from a career in art by asking him to make drawings of body parts to support his own research. Eventually, Cajal caught the bug and his focus shifted. No, there's something mysterious and astonishing and implausible and imaginary about these drawings. With their captions, they are tamed. But remove the captions, or ignore them, and you are confronted with an intense and, even, I want to say, intensely personal construction of line pattern and shape.

The Beautiful Brain contains breathtaking reproductions of drawings by Cajal some of which have never been reproduced (outside of their original publication in scientific journals). The book also contains a striking series of photographic self-portraits. These are thrilling portraits of the artist-scientist as a young man, but also as middle-aged and, finally, as an old man.

The Beautiful Brain is a companion to a new exhibition of Cajal's work that will be traveling for the next several months across North America — opening at the Weisman Art Museum in Minneapolis on Jan. 28. Many of the works on exhibit have never traveled outside of Spain.