Accessibility links
A Look At Nature Through Author Gary Snyder's 'The Practice Of The Wild' : 13.7: Cosmos And Culture What is it that makes the parking lot seem so sad and lost compared with the forest of trees or the field it used to be? Adam Frank finds some answers in the re-reading of a Gary Snyder book.

The Wilderness Vs. The Wildness About Us

The Wilderness Vs. The Wildness About Us 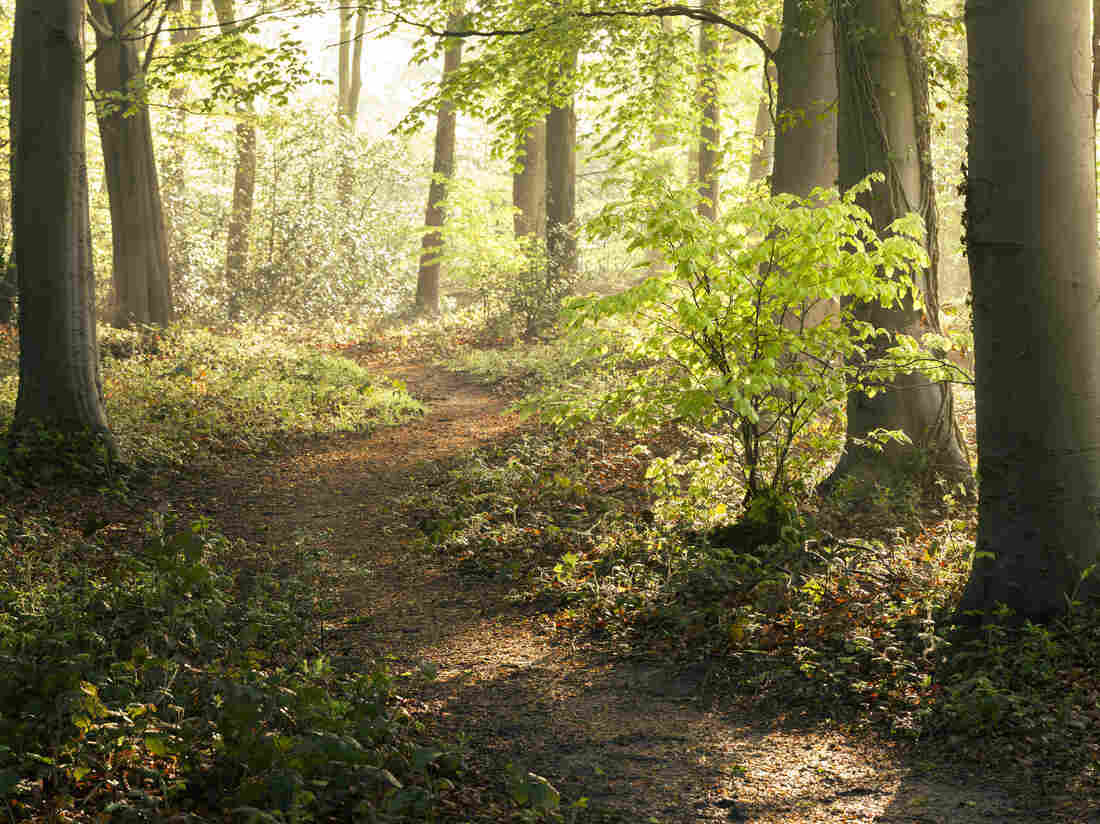 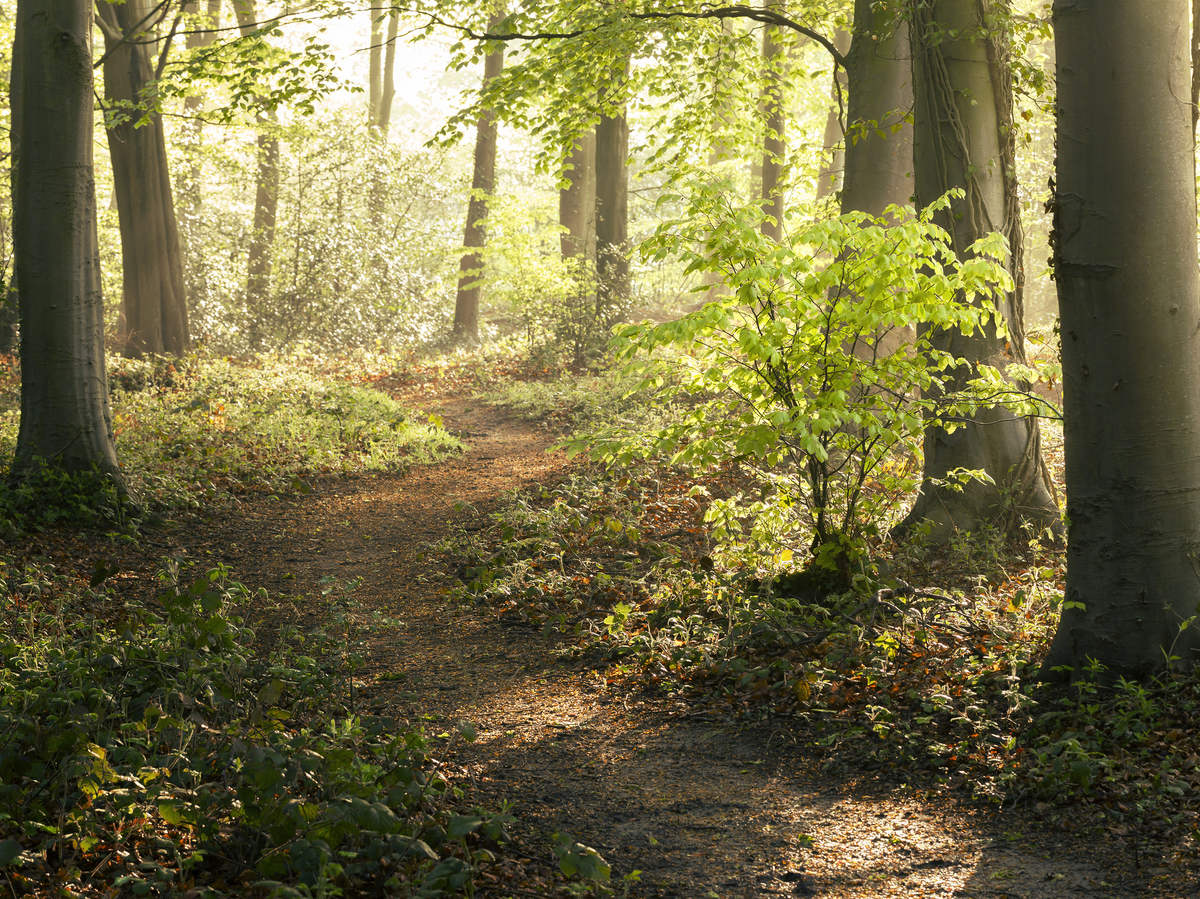 On my way back from the woods in New Hampshire, I stopped at a strip mall marking my crossing into more densely inhabited landscapes.

The sky above the strip mall hung low and grey, which didn't help the look of things. With the snow melting, the parking lot was filled with dirty cars and wet trash. People spilled into and out of the stores: a Subway; a Starbucks; a supermarket whose name I forget.

As I stood there, I was struck by how we humans are a strange lot, trading prairie, forest, fields and wetlands for these terrains of tar and concrete. It left me with a question. Why exactly is the contrast between these worlds so sad? What, specifically, is it that makes the parking lot seem so lost compared with the forest of trees or the field it used to be?

To answer these questions (and more), I've been re-reading Gary Snyder's The Practice of the Wild. If you don't know Snyder, it is my great pleasure today to introduce him to you. I am also relatively new to his writing. He is one of America's greatest poets. He's also lived a great American story.

In the 1950s, Snyder hung out with Beats serving as inspiration for the main character in Jack Kerouac's The Dharma Bums. Later in that decade, Snyder made his way to Japan to begin years of Zen training. Still later, he became a founding voice for what's called "Deep Ecology." A scholar with a poet's ear and a poet with a scholar's curiosity, his whole life has been lived as a search for our roots embodied in the land.

There are many tasks The Practice of the Wild takes on. At its heart, it is a book about what happened to us — meaning how we pulled ourselves so far from a lived connection to lived landscapes. In that way, it's a kind of history of human beings and their relationship to land and life. But before he begins that history, Snyder also lays out distinctions between nature, wild and wilderness. In that distinction, I found an answer to my question.

As Snyder tells us: "Science and some sorts of mysticism rightly propose that everything is natural. By these lights there is nothing unnatural about New York City, or toxic wastes, or atomic energy..."

I agree, the parking lot is just as natural as the stand of trees. It's made of the same basic elements — and it's a product of the same cosmic evolutionary forces. But if that's true, then what makes the strip mall seem so sad compared to the forest? For Snyder, the answer is about inclusiveness:

"So we can say that New York City and Tokyo are 'natural' but not 'wild.' They do not deviate from the laws of nature, but they are habitat so exclusive in the matter of who and what they give shelter to, and so intolerant of other creatures, as to be truly odd. Wilderness is a place where the wild potential is fully expressed, a diversity of living and nonliving beings flourishing according to their own sorts of order."

Thus, for Snyder, the wild is not about pristine landscapes. Instead, it's about landscapes that are rich and diverse enough to be interesting for everybody, human and non-human alike. He writes: "When an ecosystem is fully functioning, all the members are present at the assembly. To speak of wilderness is to speak of wholeness."

This, I think, explains the hollow sense of otherness you can get in a big parking lot. There is, of course, a lot of space there. That space is as natural as any other space. But the parking lot is not whole. There is a lot missing. And what's not there is wildness, which is the complexity that comes when there are a lot of players building their way up to that flourishing Snyder speaks of.

This perspective helps me understand a lot of what I was feeling standing there in front of that strip-mall. I'm not a human-hater. I think we, and our civilization, are pretty amazing. And I love cities, too. The crashing collisions of peoples and cultures allow for a different, but equally important, kind of flourishing there.

So the sadness I felt in the parking lot didn't rise up just because I wasn't 10 miles deep into the backcountry. It wasn't a question just of wilderness (which I also deeply love). Instead, the sadness I felt at the strip-mall was the loss of wildness, which happens in so many of landscapes we build.

But that wildness need not be pushed so far away. In fact, one of Snyder's most essential insights is that it's not just "out there" in distant, hard-to-reach corners of the map. Instead, wildness remains right in front of us:

"Shifting scales, [the wild] is everywhere: ineradicable populations of fungi, moss, mold, yeasts, and such that surround and inhabit us. Deer mice on the back porch, deer bounding across the freeway, pigeons in the park, spiders in the corners. There were crickets in the paint locker of the Sappa Creek oil tanker, as I worked as a wiper in the engine room out in mid-Pacific, cleaning brushes. Exquisite complex beings in their energy webs inhabiting the fertile corners of the urban world in accord with the rules of wild systems, the visible hardy stalks and stems of vacant lots and railroads, the persistent raccoon squads, bacteria in the loam and in our yogurt."

Just as important for Snyder, the wild is in us too. He writes:

"Our bodies are wild. The involuntary quick turn of the head at a shout, the vertigo at looking off a precipice, the heart-in-the-throat in a moment of danger, the catch of the breath, the quiet moments relaxing, staring, reflecting — all universal responses of this mammal body."

I find this last passage to be an antidote to the weirdness I felt in that gray parking lot. There are a lot of ways we've become alien to the planet that birthed us — but it doesn't have to stay that way. I like to think that there can be wildness in what we build because we, too, are an expression of the planet.

That's what Gary Snyder is reminding us, and maybe it can be a kind of salvation. "Wilderness may temporarily dwindle," he says later in the book, "but wildness won't go away."