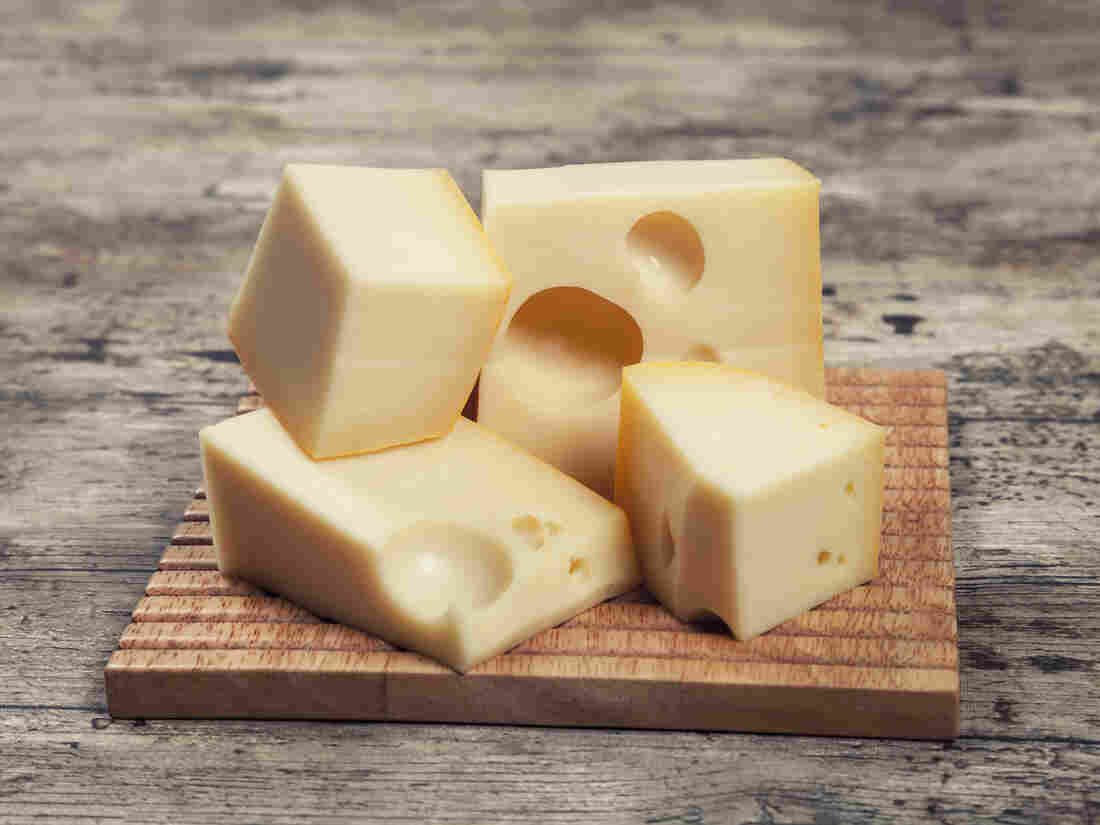 The average American eats more than 33 pounds of cheese a year.

This is according to Neal Barnard, physician and president of the Physicians Committee for Responsible Medicine. And that's a problem, he says, because it's helping to make us overweight and sick.

Barnard's new book, The Cheese Trap: How Breaking a Surprising Addiction Will Help You Lose Weight, Gain Energy, and Get Healthy, is set to hit shelves Tuesday. In it, Barnard writes about cheese in strong terms:

"Loaded with calories, high in sodium, packing more cholesterol than steak, and sprinkled with hormones — if cheese were any worse, it would be Vaseline ...

Some foods are fattening. Others are addictive. Cheese is both — fattening and addictive."

I'd never before thought in terms of dairy products being addictive (with the personal exception of milk chocolate, I admit). Barnard explains that dairy protein — specifically a protein called casein — has opiate molecules built in. When babies nurse, he notes, they're getting dosed with a mild drug: "Milk contains opiates that reward the baby for nursing."

It's no different with the cow's milk — or other mammalian milk — from which cheese is made. In fact, Barnard says, the process of cheese-making concentrates the casein:

"A cup of milk contains about 7.7 grams of protein, 80 percent of which is casein, more or less. Turning it into Cheddar cheese multiplies the protein count seven-fold, to 56 grams. It is the most concentrated form of casein in any food in the grocery store. 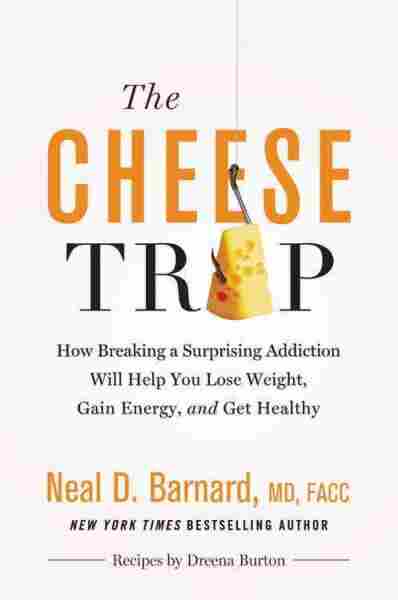 How Breaking a Surprising Addiction Will Help You Lose Weight, Gain Energy, and Get Healthy

The U.S. produces more cheese than any other country in the world, according to Barnard.

The big issue, he says, is that cheese lovers aren't just addicted to a delicious food, they're addicted to one that may seriously contribute to health problems. He cites studies in the book that tie eating cheese to weight gain and risks of numerous diseases.

Barnard suggests that giving up cheese is associated, for example, with relief of asthma symptoms. In an email, Barnard summarized the case for this association this way:

"Dairy proteins appear to trigger inflammation, apparently by triggering the release of antibodies, which leads to the constriction of the tiny muscles in the airways. By avoiding dairy proteins, the trigger for the attacks is gone."

In the book, Barnard notes that vitamin D may play an important role in protecting us against some types of cancers. Citing prostate-cancer data, he suggests that because dairy products are high in calcium and calcium intake can slow down activation of vitamin D, cancer risks may increase with cheese-eating.

He also tells the story of Ruth Heidrich, who opted for a vegan diet and exercise instead of chemotherapy and radiation to fight breast cancer that had spread to her bones, liver and one lung. It is fabulous that this approach succeeded for Heidrich in quite remarkable fashion, but cancer affects each person differently — and I do worry that anecdotes like this one may influence some cancer patients to turn away from treatments they need. (Yes, I know chemotherapy and radiation can be highly toxic. I've been there. But they can also save lives.)

Spread The Word: Butter Has An Epic Backstory

The National Dairy Council does not endorse Barnard's descriptions of cheese. On Tuesday, Greg Miller, the council's chief science officer, responded to my request for comment about some of Barnard's claims by offering a perspective firmly centered on cheese-eating as part of a healthy diet. Among the points Miller made were these:

"On average, Americans eat about 1 serving (i.e., 1.5 ounces is a My Plate serving) of cheese per day. There are lots of options to select from — Swiss for low-sodium, reduced-fat or regular. Plus, cheese contains nutrients like protein, calcium, phosphorus and B vitamins (i.e., B12, pantothenic acid and niacin).

Cheese in moderation can be part of a healthy eating plan meeting total fat, saturated fat, and sodium recommendations."

And as far as that "dairy crack" crack of Barnard's?

"The idea that any food, including cheese, can be addictive in the same way as any drug is misleading and will only add to consumer confusion about healthy eating," Miller said.

Additionally, Miller points to research from Harvard School of Public Health that shows no association between cheese and long-term weight gain.

For his part, Barnard includes a chapter in The Cheese Trap called "The Industry Behind the Addiction" that describes "the relentless lobbying of the powerful dairy industry" to promote cheese despite its risks.

Barnard's central message about the costs of cheese-eating includes something I find to be quite important: costs to other animals, like dairy cows. He summed up those costs in his email:

"All of us are concerned about our personal health and that of our families. But we are not alone on this planet, and our food choices have enormous effects on animals and the environment.

Dairy cows are artificially inseminated annually, then separated from their offspring so that we can take their milk, then killed by around age 4 so that their higher-production offspring can take their place. A visit to a dairy farm will soon convince any thinking person that this is not civilization's proudest achievement."

What about a person who is convinced by Barnard's human-health-and-animal-welfare argument to the extent that she decides to reduce her cheese intake, rather than giving up cheese altogether?

"People are free to make their own choices, of course," Barnard wrote. He continued:

"However, if one's goal is to lose weight, there is something to be said for not teasing yourself with occasional doses of the very food that caused the problem in the first place. Better to end that bad love affair. If a person is concerned about asthma, migraine, rheumatoid arthritis, or other sensitivities, one soon loses all desire for the food product that caused the problem.

Also, if you have children, it would be best to never introduce them to unhealthful foods at all. The taste for cheese is a great introduction to childhood obesity."

The Cheese Trap concludes with more than 60 pages of recipes, ranging from oats-and-cashew-based "cheesecake" to whole-grain pizza. No surprise: Cheese is not included among the ingredients.