Accessibility links
A Look At Lawrence Weschler's 'Waves Passing in the Night' : 13.7: Cosmos And Culture Academy Award winner Walter Murch believes true a theory astrophysicists have basically long ago ruled out. A new book, reviewed by Alva Noë, asks if science is a closed club — or protector of truth.

A Film Editor In The Land Of Astrophysicists

A Film Editor In The Land Of Astrophysicists 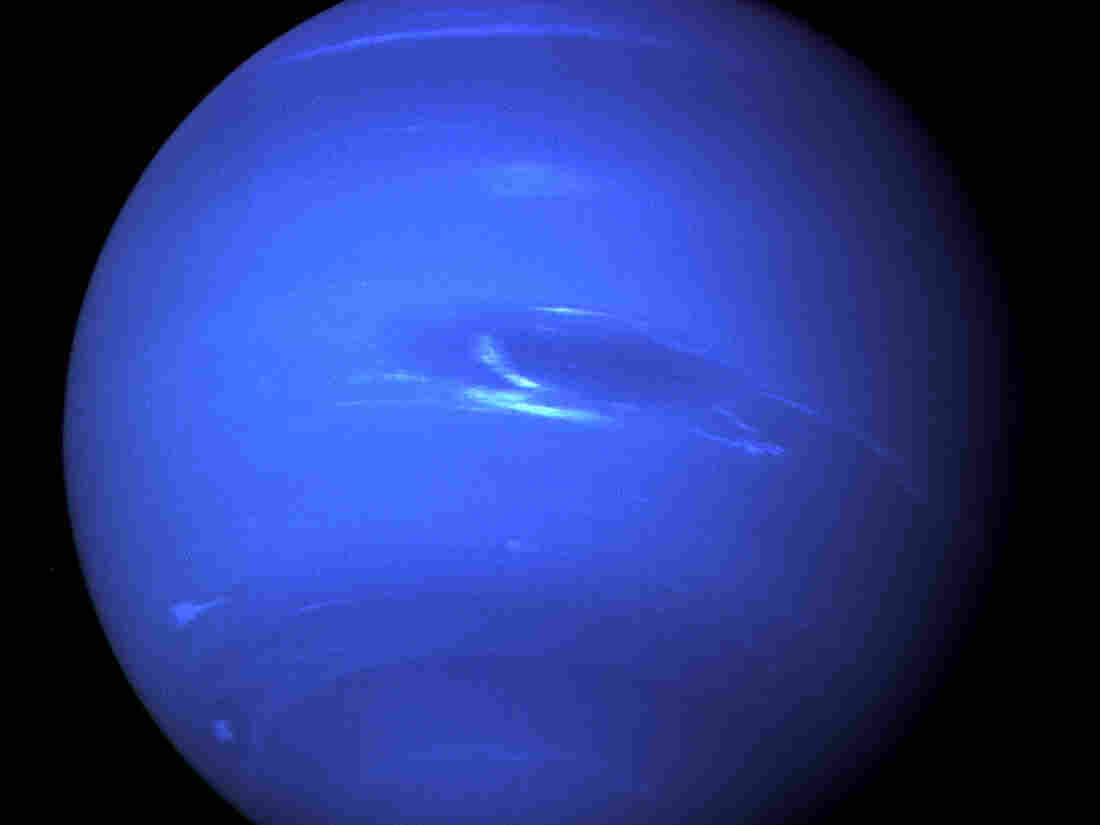 NASA's Voyager 2 spacecraft gave humanity its first glimpse of Neptune and its moon Triton in the summer of 1989. This picture of Neptune was produced from the last whole planet images taken through the green and orange filters on the Voyager 2 narrow angle camera on Aug. 20, 1989. NASA hide caption 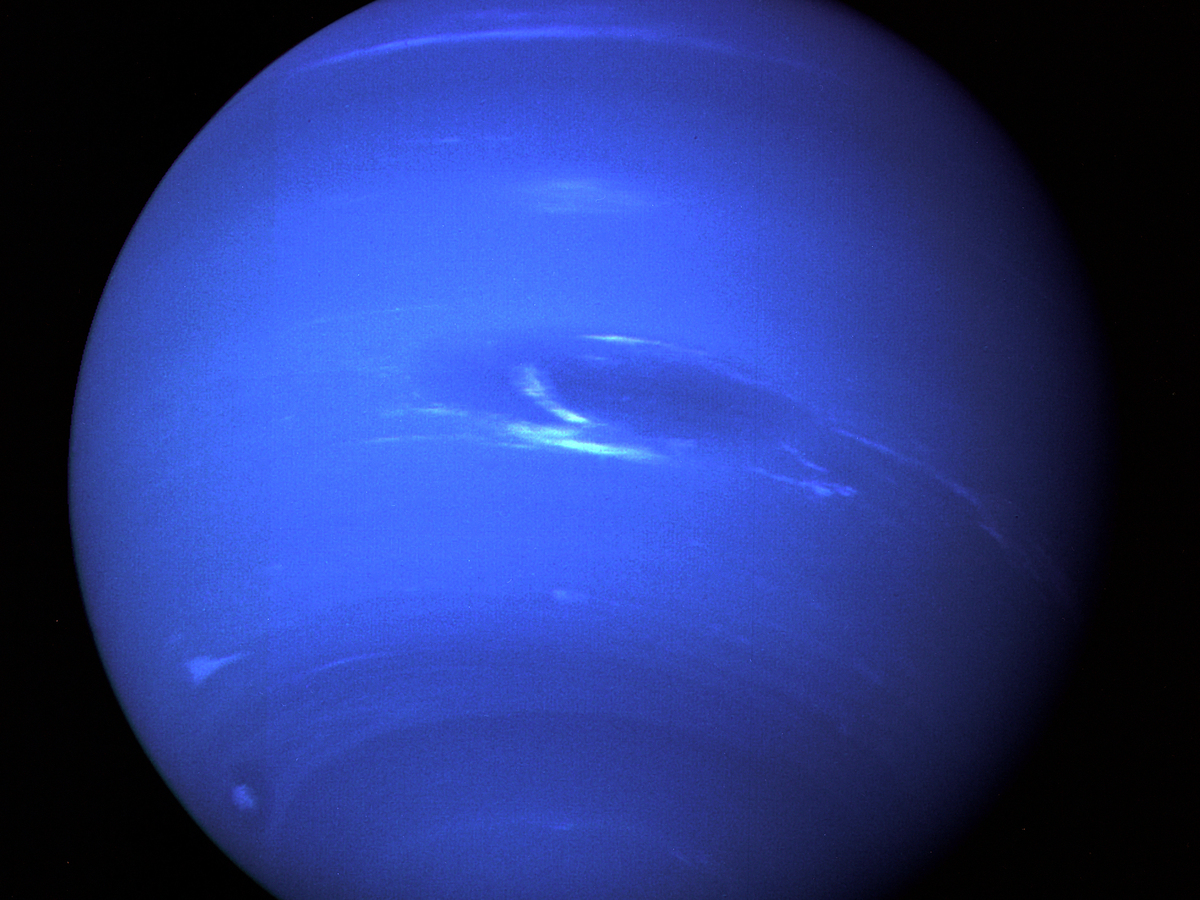 NASA's Voyager 2 spacecraft gave humanity its first glimpse of Neptune and its moon Triton in the summer of 1989. This picture of Neptune was produced from the last whole planet images taken through the green and orange filters on the Voyager 2 narrow angle camera on Aug. 20, 1989. 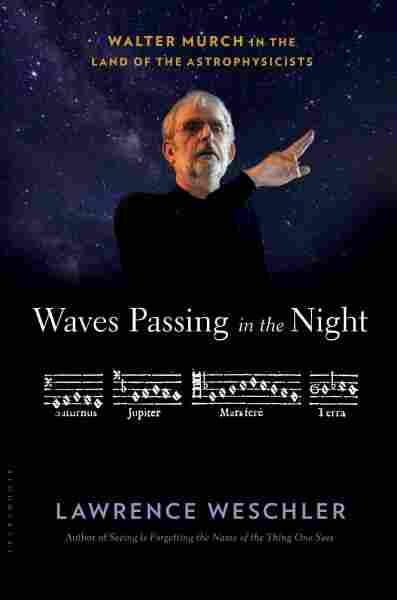 Waves Passing in the Night

Walter Murch in the Land of the Astrophysicists

Lawrence Weschler's new book Waves Passing in the Night: Walter Murch in the Land of the Astrophysicists is part scientific detective story and part reflection on science and its relation to its own history and social reality.

It's also a celebration of the life and personality of its central character, the acclaimed 73-year-old sound and film editor — and polymath-extraordinaire — Walter Murch.

Murch was a member of the film production teams that made THX 1138, Gimme Shelter, the Godfather films, American Graffiti, Apocalypse Now, The Unbearable Lightness of Being, The English Patient, and many others. He's racked up a raft of Academy Awards and Academy-Award nominations. He is a person of rare accomplishment — and the book is absorbing on that count alone. Weschler informs us, in one tantalizing side note, that Murch is responsible for provoking, back in the early 70s, "the first sampling lawsuit of the modern era, long before hip-hop and its digital copyright imbroglios." (This had to do with Murch's questionable appropriation for the THX 1138 soundtrack of a squeak first made by the French mystique concrète composer Pierre Henry.)

For the past 20 years, or so, Murch has been hard at work developing "a theory of gravitational astro-acoustics" and also refining a presentation of his thinking on the topic (using PowerPoint or, now, Keynote). Some 18th century astronomers (notably including Johann Titus and J.E. Bode) had seemed to detect a pattern in the distribution of planetary orbits and this led them to predict that further orbiting objects would be discovered between Mars and Jupiter and, then, beyond Saturn, at further stations.

Bode's law (or Titus-Bode), as it came to be called, was eventually cast aside. Neptune, for example, turned up in the wrong place and the law itself, anyway, had never made much intuitive sense. Apophenia, as Murch notes in his presentation, is a word for the human tendency to see patterns where there are none. And Bode's Law came to be seen as just that. Apophenia. Numerology. An object lesson in how not to do astronomy.

Enter Walter Murch: Somehow he's gotten it into his head that Titus-Bode might just be right. If you tidy up the equation, as he does, taking "renegades" like Neptune into account, working in the details about newly discovered planets, moons and asteroids, Murch argues, it is possible to show that Titus-Bode may not be on such bad footing after all. And, most impressively, or maybe most nuttily — depending on your view point — Murch notices that, as Weschler puts it, "the spacing of orbiting bodies around their primaries [as described and predicted by Titus-Bode] was regularly evincing specifically musical ratios: a latter day notional music of the spheres."

Could Murch be right? Could a rank amateur be in a position to upend established scientific conceptions in this way? This much is clear: Neither Murch nor Weschler have managed to find a single top-level astrophysicist — and they've talked to some pretty darn good ones — who is willing take Murch's ideas on Titus-Bode seriously. Numerology is the one word that comes up again and again. And, also, apophenia.

This is where Weschler's tale acquires an interest that swells larger, even, than that of Murch himself and his ingenious — if also wacky — speculations.

Why can't Murch get a hearing? Isn't science open to all comers? And even if Murch-Titus-Bode turns out to be wrong from top to bottom, doesn't it at least deserve its day in court? Might it be, Weschler invites us to wonder, that science today is too intent on policing its borders against interlopers lacking the right institutional imprimatur (however well-credentialed or highly regarded they might be in other circles) to even be able to recognize a worthwhile challenge from without?

Isn't it at least possible that Murch-Titus-Bode might turn out to be right?

Compare with the famous case of Alfred Wegener's 1915 theory of continental drift (also taken up in Waves in the Night). Anyone with eyes is able to notice that the continents seem to fit together; they look as if they were cut apart, sharing contours. But until fairly recently, no one had a clue what physical processes could have explained this appearance of continuity. And, anyway, Wegener was no geologist — he was an outsider — and his hypothesis of continental drift went so strongly against what every geologist thought they simply knew to be true that it wasn't until the 1960s that the hypothesis was more widely accepted.

Couldn't something like that be going on here? Might it be prejudice or the effects of a guild mentality, or just plain old rigidity in the face of the new, that is preventing the truth from seeing the light of day?

Good questions — and they burn especially brightly nowadays, when skepticism, indeed cynicism, about science and also about so many of our establishments and institutions, is so rampant.

But it's possible to put these doubts to rest, I think.

Now, to be clear: I have no idea whether Murch is on to something or whether the scientific establishment is on solid ground in its rejection of Titus-Bode.

But even the possibility that Bode's Law might be true — a possibility taken seriously by no living astrophysicist, so far as I can tell — doesn't give us grounds for skepticism or doubt about science or its various cultures and subcultures.

First, off, science is like boxing — open to all. But if you're the heavyweight champ, you don't just fight who ever comes a-knocking at your door. Fights need to be sanctioned and challengers have to earn the right to meet the champ in the ring. And for good reason. You can't fight everybody. No time. Too dangerous. And so it is with science. If there were world enough and time then, sure, scientists could take up all the theories, proposals, fascinations and idée fixes that come along. But it doesn't work that way. Take a number, buddy.

Second, to shift similes, science is like the legal system. Procedure is the key, not truth. Courts don't aim at revelation, they aim at demonstration and they operate, in our tradition anyway, with the idea that it is better that a guilty person get off without punishment than that an innocent person be made to pay. The standard on guilt is set very high, at least when all is running the way it's supposed to be running. And so with science. Maybe Murch is right. But thinking the thought and making a dazzling PowerPoint presentation is a long way from doing the teamwork and research to demonstrate that that is so.

Remember, third, that science is a social practice. By this I don't mean anything highfalutin or post-modern. I just mean that science is like a conversation that's been going on a long time. You can't just show up and blurt out whatever you are thinking about and expect everyone to drop what they're doing and cry Hallelujah! If you want their attention, you'd better find a way to capture their interest and insinuate yourself into the discussion. Only then is there a chance that you might actually persuade them. And how likely is it that you are going to be welcomed into the conversation if you don't make an effort to figure out what they are talking about, or how they are using words and terminologies that have evolved over time? (Not that this is true of Murch. He's made quite an effort to present his argument in the terms of astrophysics itself.) The crucial thing is that it isn't prejudice on the part of the partiers to rebuff a late-arrival's interruptions.

And, four, we mustn't forget that credentials — an invitation to take part — are an extremely good thing. Would you entrust your health care to someone without the proper credentials? Of course not. Why should a busy scientists, with students to teach and post-docs to train and journal articles to read and to write, take time to read email from uncredentialed strangers?

Lee Smolin, the noted physicist, is cited by Weschler as raising some of these very issues: "Even if Bode's law is wrong, or a rough consequence of some messy astrophysics," he is quoted as saying, " you have a beautiful story to tell." But he continues:

"Just please don't frame it as a heroic story of a lay person who saves science from its corrupt and evil masters. Use the story to explain why science works. This is important. Climate change deniers, creationists and vaccine refusers thrive in that dark space where the ability of science to select reliable knowledge from a vast sea of wrong ideas is not understood."

Or as director Erroll Morris wonders in his blurb on the book's cover: Is science a closed club, or the protector of truth and progress?

The answer, I suspect, is that it is one because it is the other.

But finally the book throws into focus a large and important philosophical question: What is the relation of science to the truth?

And also: Might a new musical metaphor imported from outside astronomy by an acoustician be just what is needed to see an old phenomenon in a new way?

Weschler is one of our great writers. His telling of Walter Murch's story in the land of the astrophysicists may, in the end, provide the ingredients needed for that story's still unwritten final chapter. For, perhaps, it is just Weschler's framing, and the attention he draws to Murch-Titus-Bode, that will encourage some enterprising astrophysicist somewhere to take the trouble to grapple with Murch's argument and to show, once and for all, why it is no better than numerology, or why, perhaps, just maybe, Murch is on to something.