Accessibility links
New Research Suggests Children With Autism May Have Heightened Drive To Explain The Physical World : 13.7: Cosmos And Culture A new study looks at whether kids diagnosed with an autism spectrum disorder and those without differ in how they explore and seek explanations in physical and social domains. Tania Lombrozo explains. 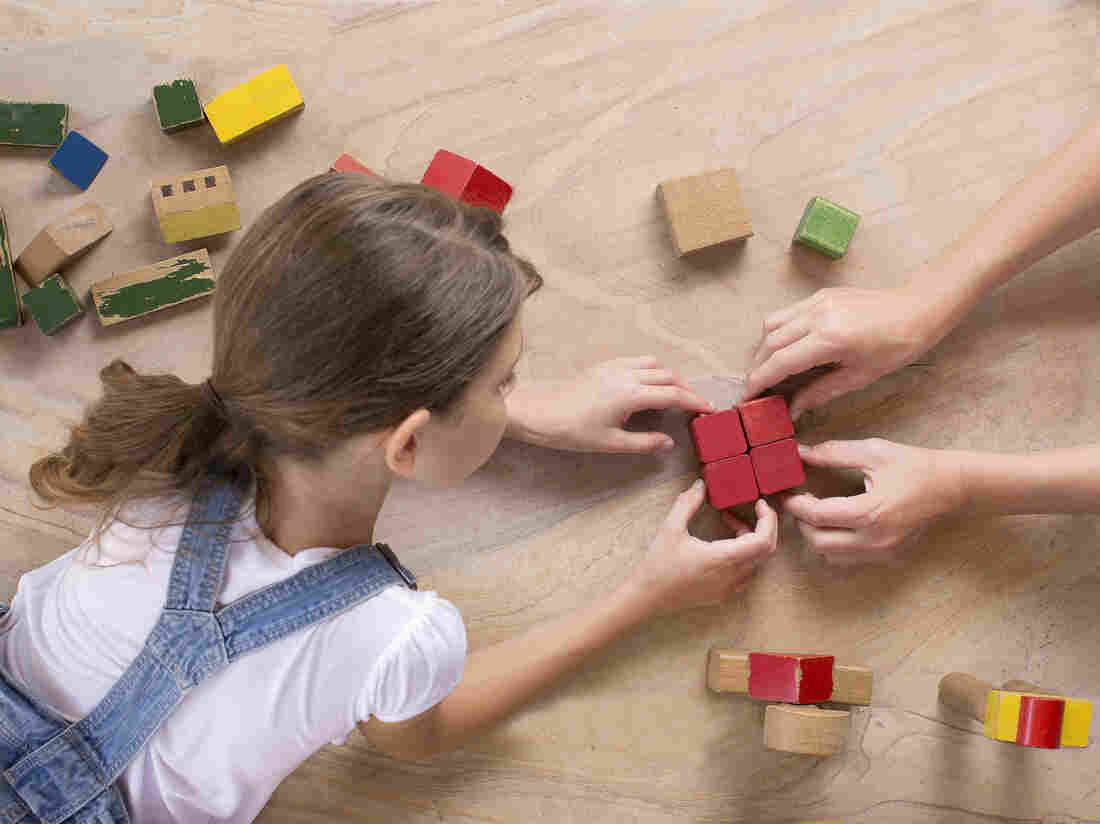 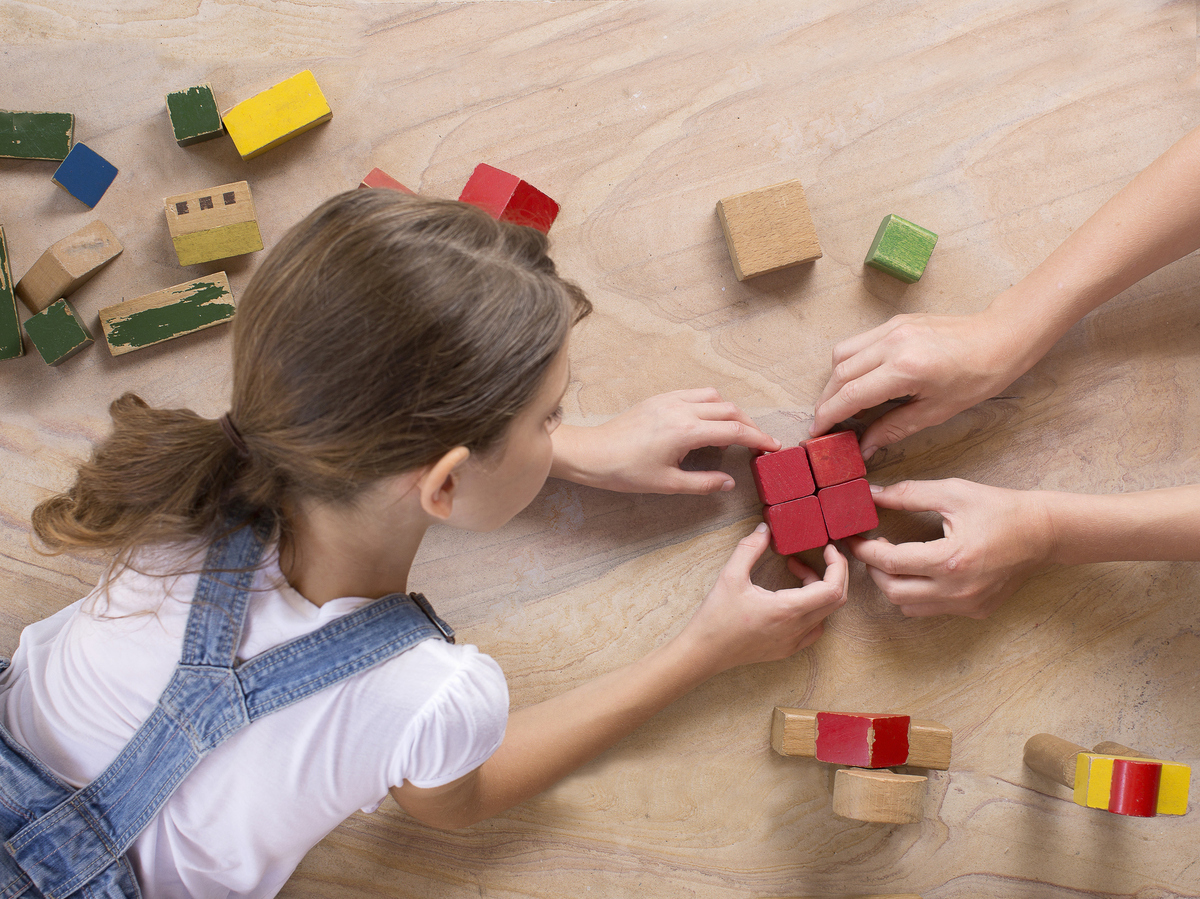 Young kids are known for exploration and explanation; they poke and they prod, they open and push, they ask: "Why? Why? Why?"

Some people describe these drives to explore and explain as a key characteristic of our species; others highlight their intimate role in learning. It's of particular interest, then, to understand the basis for exploration and explanation-seeking, and to investigate how they affect the way we interact with the world.

A paper by researchers M.D. Rutherford and Francys Subiaul, recently published in the journal Autism, offers a fresh approach to investigating our exploratory and explanatory drives by testing whether two populations of children — those diagnosed with an autism spectrum disorder (ASD) and those without known developmental delays — differ in how they explore and seek explanations in physical and social domains. The results suggest that children with ASD have a heightened drive to explain — but only in the physical domain.

To address their research questions, Rutherford and Subiaul compared how two groups of children responded to a surprising situation that arose in the course of a physical task (balancing blocks) versus a social task (requesting stickers from an adult). In each case, one group of children (ages 3-10) had a confirmed diagnosis of ASD, and a control group (age 4) had no history of developmental delays. While children in the two groups differed in chronological age, they were matched in terms of "mental age," as determined by a battery of standard verbal and nonverbal tests.

In the first experiment, the 18 children in the ASD group and the 21 children in the control group learned to balance wooden blocks that were decorated to look like dogs, with the children told to "stand them up on their feet." After several successful attempts, the experimenter provided a block that looked just like those that had previously balanced, but that contained a surreptitious weight. The weighted block wouldn't balance, presenting children with an unexpected event. For the minutes that followed the failed balance attempt, the experimenters recorded what the children did. Did they explore the block manually? Did they touch the table? Did they ask an adult for help, or request an explanation for why it wouldn't balance?

The researchers found that overall, the children from the ASD group engaged in more exploratory and explanatory behaviors than children in the control group. For example, they were significantly more likely to touch the table, to ask a why-question and to offer a physical explanation for the problem.

These findings are consistent with one hypothesis about autistic cognition, according to which people with ASD tend to approach the world by "systematizing" — trying to figure out how systems work. But this system-deciphering tendency goes hand-in-hand with a tendency to engage in less "mental" reasoning: ASD is associated with less social engagement, including less eye contact and less facility in reasoning about other people's mental states. This suggests that a heightened explanatory drive might be restricted to physical systems, such that a comparable situation in the social domain would generate quite different patterns of behavior.

A second experiment tested this prediction by presenting 17 children with ASD and 15 children in a control group with a social analogue to the physical task. Rather than balancing wooden blocks, children requested stickers from an adult by putting out their hand. After a few successful attempts, the adult with stickers ignored the request, pretending to be totally preoccupied with the stickers themselves. Again, the researchers recorded how the children responded to this unexpected event. Would they try to request a sticker once again? Ask another adult for help? Look at the stickers or the faces of the adults involved?

For this social version of the task, there was no evidence that the children with ASD had a heightened drive to explore or explain. They were no more likely than the control kids to engage in any of the recorded behaviors, and in fact significantly less likely to repeat the hand gesture to request a sticker, to attempt to get the adults' attention in another way, or to repeatedly look at the sticker or the adults' faces. One interpretation, then, is that children with ASD may have a heightened drive to explain in some domains, but not when it comes to the social world.

These studies are among the first to investigate how children with ASD seek explanations, so it's worth being cautious about drawing strong conclusions. For example, it's hard to know whether children with ASD were less motivated to explore and explain in the social domain, or equally motivated but less able to effectively do so. It's also difficult to interpret differences between small groups of children who differ in a number of ways, including their chronological age, or to interpret differences across the physical and social tasks, which varied in more than domain.

That said, these findings raise a number of intriguing possibilities that merit further study. To what extent is our drive to explain domain-general, versus bound to particular domains? To what extent is explanation-seeking a universal human characteristic, versus one associated more or less with particular populations? And if we project forward throughout the lifespan, how do differences in exploration and explanation affect our experience of the world and what we learn from it?

We don't yet know the answers to these questions, but as an exploration and explanation-driven species, we're on our way to finding out.