Accessibility links
Excerpts From Barbara J. King's 'Personalities on the Plate: The Lives & Minds of Animals We Eat' : 13.7: Cosmos And Culture In her new book, anthropologist and NPR commentator Barbara J. King takes a look at how "food animals" think and feel — and what that means for us. 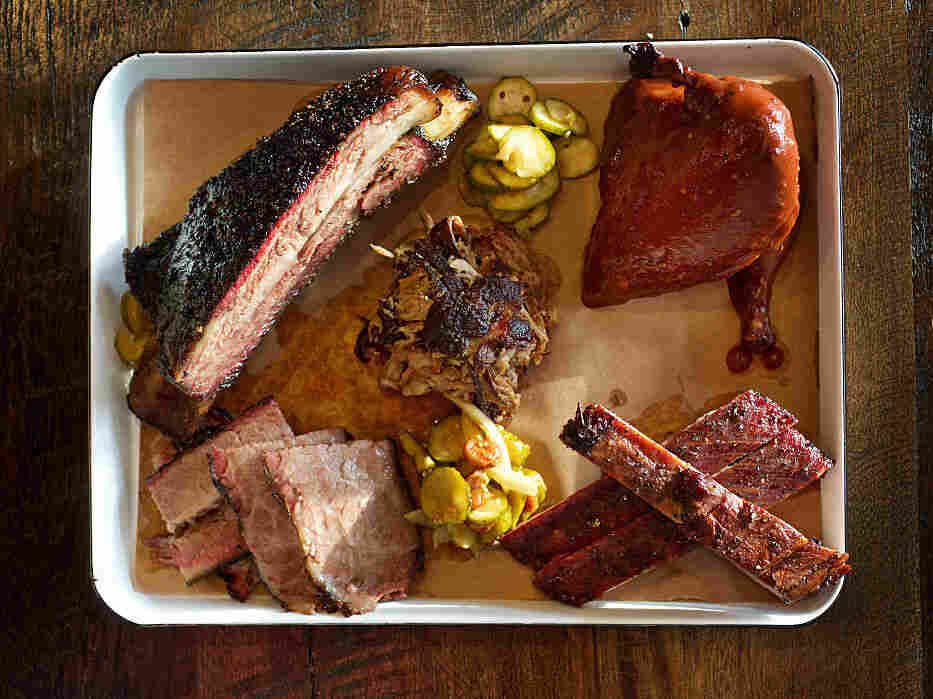 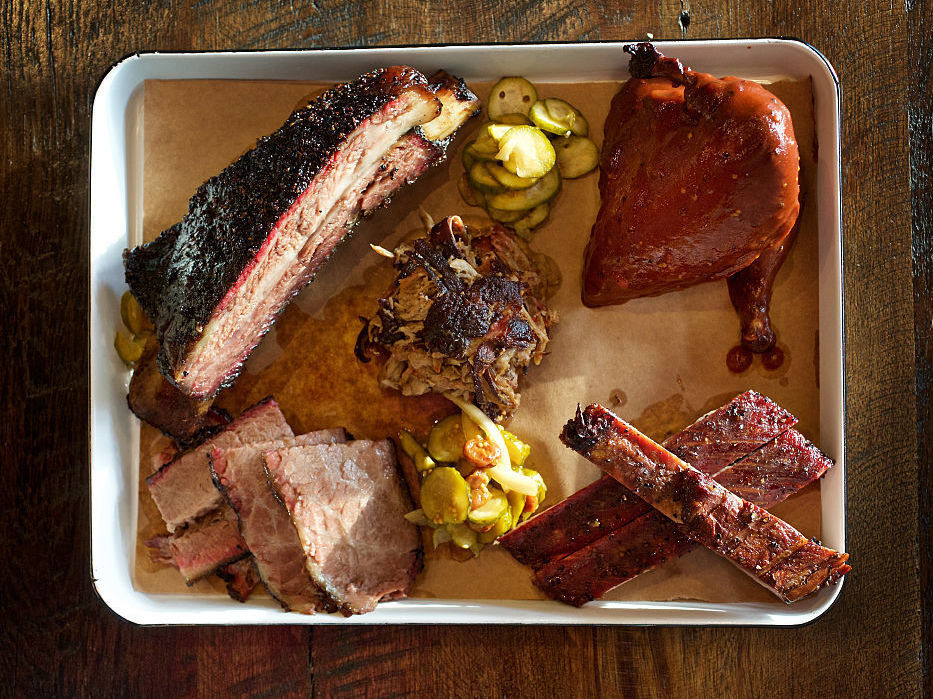 The following are two edited excerpts from Barbara J. King's new book Personalities on the Plate: The Lives & Minds of Animals We Eat.

Chickens may be resplendently different one from the other, as was immediately apparent when I made six hen acquaintances at Wilder Ranch State Park near Santa Cruz, Calif., in the summer of 2015. These beautiful birds, with names like Goosey and Bella, ranging in color from white to gold and yellow, sometimes with patches of a soft iridescent blue, live in an outdoor coop outfitted with a chicken swing for exercise. During my visit they were turned out into a vegetable garden; there among the planted rows, one sunbathed and several foraged. Some invited human interaction, and others did not. I gently picked up Bella — so white, so soft — and held her against my chest in a serene encounter that I enjoyed greatly and that Bella seemed to soak up pleasurably as well. 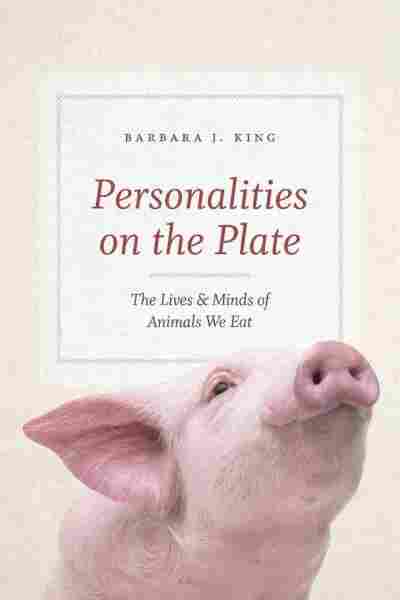 Personalities on the Plate

The Lives and Minds of Animals We Eat

Title
Personalities on the Plate
Subtitle
The Lives and Minds of Animals We Eat
Author
Barbara J. King

That I held, stroked and talked to a chicken for the first time in my 50s is very much a product of my time and place. In her book Chicken, Annie Potts notes that before WWI, many families raised chickens on small farms or in their backyards, where the birds moved around freely and soaked up the sunshine. Confined to barns or cages, the birds fared poorly; the lack of sun, and thus vitamin D, caused leg weakness. Research in the 1920s led to a commercial chicken feed fortified with vitamin D additives, a critical change that paved the way to where we are now, a time when 10 million birds may be confined on a single egg farm. It is all too easy to become desensitized to these staggering numbers and what they mean for the lives of animals.

If chickens are "birdbrains," that derisive term deserves a shiny new connotation. In impressive feats of memory, chickens keep straight more than 100 chicken faces and recognize familiar individuals after months of separation. They reason out the best outcome when given two choices: Hens trained to peck colored buttons choose nine out of 10 times to forgo an immediate (lesser) food reward for a slightly later (greater) one. Potts notes that this feat involves some consideration of the present moment versus the future.

All of us who eat have to find ways to listen to each other across our breakfast, lunch and dinner tables. This goal isn't as modest as it might first sound. I've lost count of the number of times I've written a blog post about pigs, cows or chickens who suffer in the food industry only to run up against gleeful, mocking responses, along the lines of: "Can't wait for my barbecue tonight!" Online interaction isn't the same, though, as one-to-one conversation carried out in person and mediated by mutual gaze; in direct personal encounters, most human beings are just well-enough-socialized primates to rein in any knee-jerk or "gotcha" tendencies most of the time.

People do get to say that animals taste good to them: That's a completely subjective matter. (It's apparent to me at this point that I'll never lose my craving for chicken pot pie, even though I won't eat it again; at least so far, faux-chicken substitutes just don't do it for me.) But not everything that's relevant here is so subjective. Kate Murphy concludes her 2015 New York Times article, "Blessed Be My Freshly Slaughtered Dinner," by remarking that "we are all free to use our individual feelings, desires and experiences to shape eating ethos," and then adds, "There is no definitive scientific evidence that animals experience emotion as we do." Here she has veered right into trouble, because she's wrong about that claim, at least up to those last three little words — "as we do" — and that phrase is a red herring.

The animals I write about in this book — octopus, fish, chicken, goats, cows, pigs, and even some insects — think their way through their days and experience feelings about what they make happen and what happens to them. The "as we do" clause misses the point entirely. In the end, pain is pain: That species' sensory systems differ one from the other (and from ours) doesn't change that fact a bit, as is abundantly clear in the emerging consensus about the ability of fish to feel pain even though they lack the mammalian neocortex. No animal need be sentient like us to be sentient, just as no animal need be smart like us to be smart or feel emotions like ours to be known as a feeling being with a distinct and sometimes vivid personality.

Few of us are called upon in our daily lives to decide if we should cook and consume the animals with whom I conclude this book: chimpanzees. We are, though, faced every day with whether to eat chickens, pigs, cows and other others who are routinely labeled as food through much of the world. With a cross-cultural lens in place, I've come to think those decisions are not so qualitatively different from the decision whether or not to prepare an ape for dinner — or a dog.

Read an excerpt of Personalities on the Plate