Accessibility links
Mark O'Connell's New Book 'To Be A Machine' Explores Transhumanism : 13.7: Cosmos And Culture The prospects can be either beatific or terrifying depending where you come from but, whatever your choice, transhumanism is here to stay, says blogger Marcelo Gleiser.

Would You Become An Immortal Machine?

Would You Become An Immortal Machine? 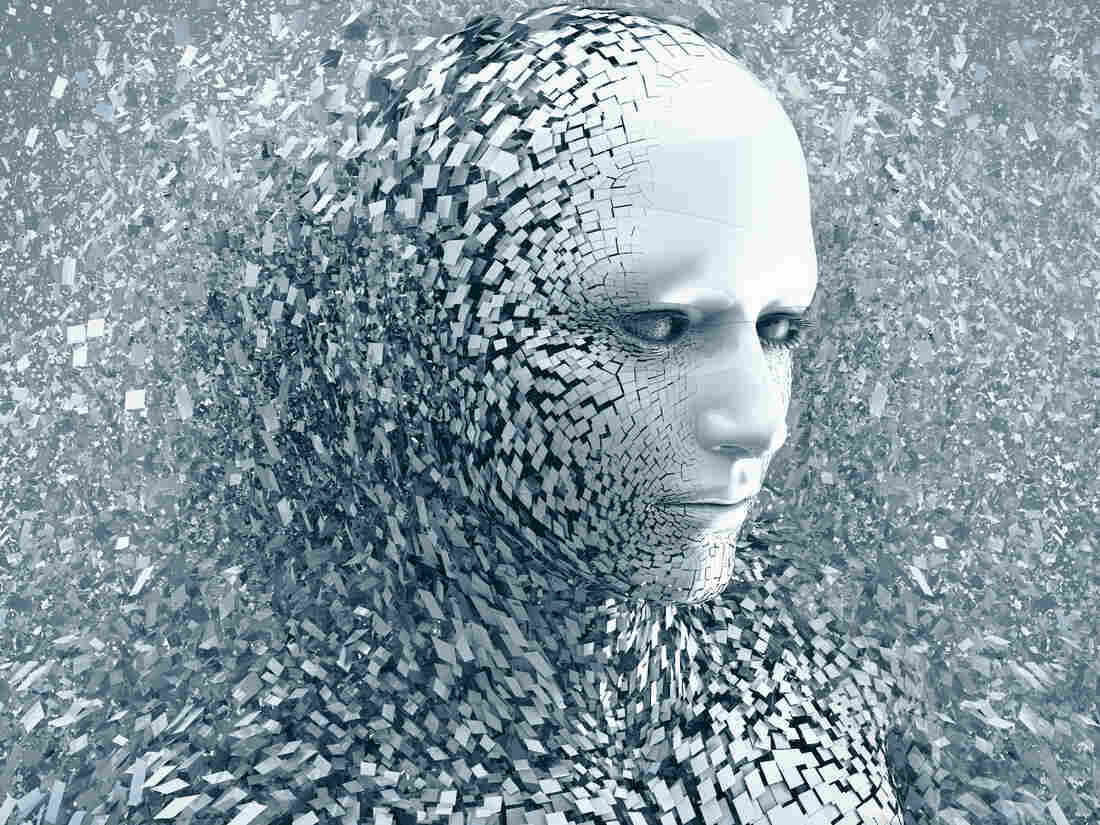 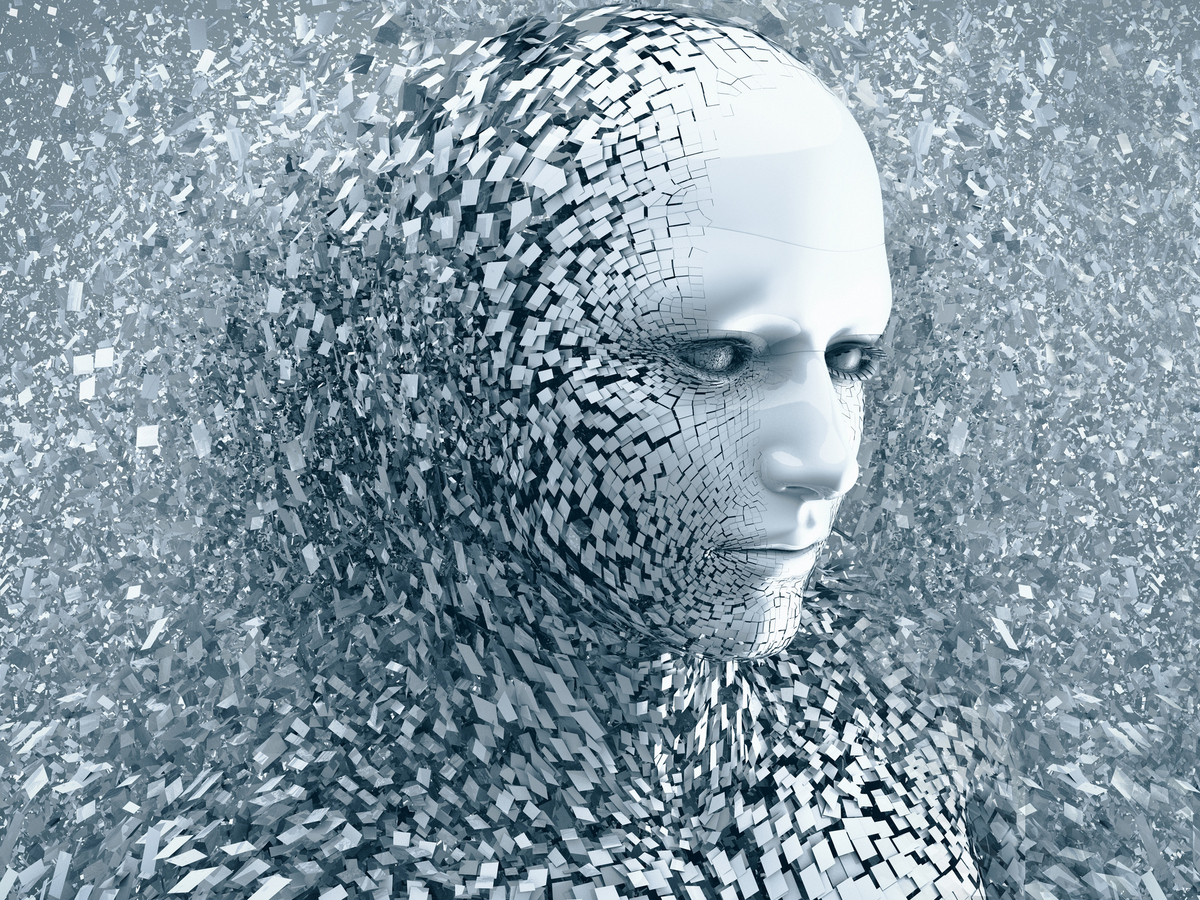 Picture this: You are in the bathroom, doing your usual thing after breakfast, when you notice blood in the water sitting in your white, porcelain toilet.

Scared, you schedule an appointment with a gastroenterologist, who recommends a colonoscopy and a biopsy. It could be cancer, it could be a harmless colitis. But there you are, confronted, perhaps for the first time of your life, with your own mortality.

You get to the doctor's office and are told to wait. Reading some glossy magazine to kill time (pun intended), you notice a peculiar half-page add: "Want to live forever? Explore our cryogenics facilities at Alcor Life Extension Foundation." What a coincidence, you think. Checking the website on your smartphone, you find out that this place actually exists, outside Scottsdale, Arizona.

The idea is, in principle, simple. As you die, your body is caught fresh and rushed to a coffin-like cylinder filled with liquid nitrogen, where it will be frozen, either in full or just the head, until such time when either the cure for your ailment is available, or the technology for a full brain upload is ready. In both cases, the goal is to give you the possibility to live forever, even if this thing that lives forever is not really you. Or is it? What defines you, anyway? 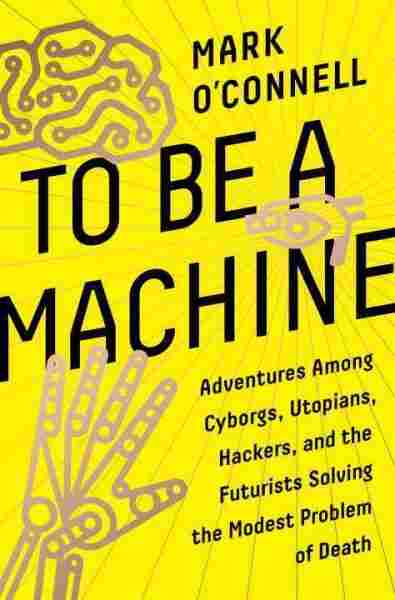 To Be a Machine

Adventures Among Cyborgs, Utopians, Hackers, and the Futurists Solving the Modest Problem of Death

Title
To Be a Machine
Subtitle
Adventures Among Cyborgs, Utopians, Hackers, and the Futurists Solving the Modest Problem of Death
Author
Mark O'Connell

Such is the premise of Mark O'Connell's outstanding book on transhumanism, To Be a Machine: Adventures Among Cyborgs, Utopians, Hackers, and the Futurists Solving the Modest Problem of Death. O'Connell decides to dive into the transhumanist culture in the best possible way: by traveling the world in search of the key figures in the movement to see what makes them believe so completely that science can, in fact, beat death. The result is a fast-paced travel-log-cum-existential inquiry into the science and the religious significance of this age-old human desire to live forever: To become, in effect, a god.

"A man is a god in ruins," wrote Ralph Waldo Emerson. This quote, which O'Connell places at the book's opening page, captures the essence of the quest. If man is a failed god, there may be a way to fix this. Since "The Fall," we "lost" our god-like immortality, and have been looking for ways to regain it. Can science do this? Is mortality merely a scientific question? Suppose that it is — and that we can fix it, as we can a headache. Would you pay the price by transferring your "essence" to a non-human entity that will hold it, be it silicone or some kind of artificial robot? Can you be you when you don't have your body? Are you really just transferrable information?

As O'Connell meets an extraordinary group of people, from serious scientists and philosophers to wackos, he keeps asking himself this question, knowing fully well his answer: Absolutely not! What makes us human is precisely our fallibility, our connection to our bodies, the existential threat of death. Remove that and we are a huge question mark, something we can't even contemplate. No thanks, says O'Connell, in a deliciously satiric style, at once lyrical, informative, and captivating.

Every page breathes with his humanity, thankfully. For the prospects can be either beatific or terrifying, depending where you come from: Is transhumanism the essence of the Resurrection, bodiless souls basking under the eternal light of the Singularity? Or is it the nightmarish dystopia of a machine-dominated future, our humanity lost, our struggles forgotten, our creations left behind as irrelevant?

Whatever your choice, transhumanism is here to stay. Don't believe me? Look at your smart phone: the world at your fingertips, its apps an extension of yourself, your digital persona, your connectivity to the global community. Imagine the angst of not having one for one or two days, a sense of loss, of loneliness.

Even if the science behind the grand promise of transhumanism remains decidedly elusive, we are already blending with machines. To a large extent, they already define us. How far this will go, and what will happen to us, is left for the future — and for those who make it happen.