Accessibility links
A Cultural Moment For Polyamory : 13.7: Cosmos And Culture Polyamory is sometimes called consensual non-monogamy, but anthropologist Barbara J. King found out it's more complicated than that. 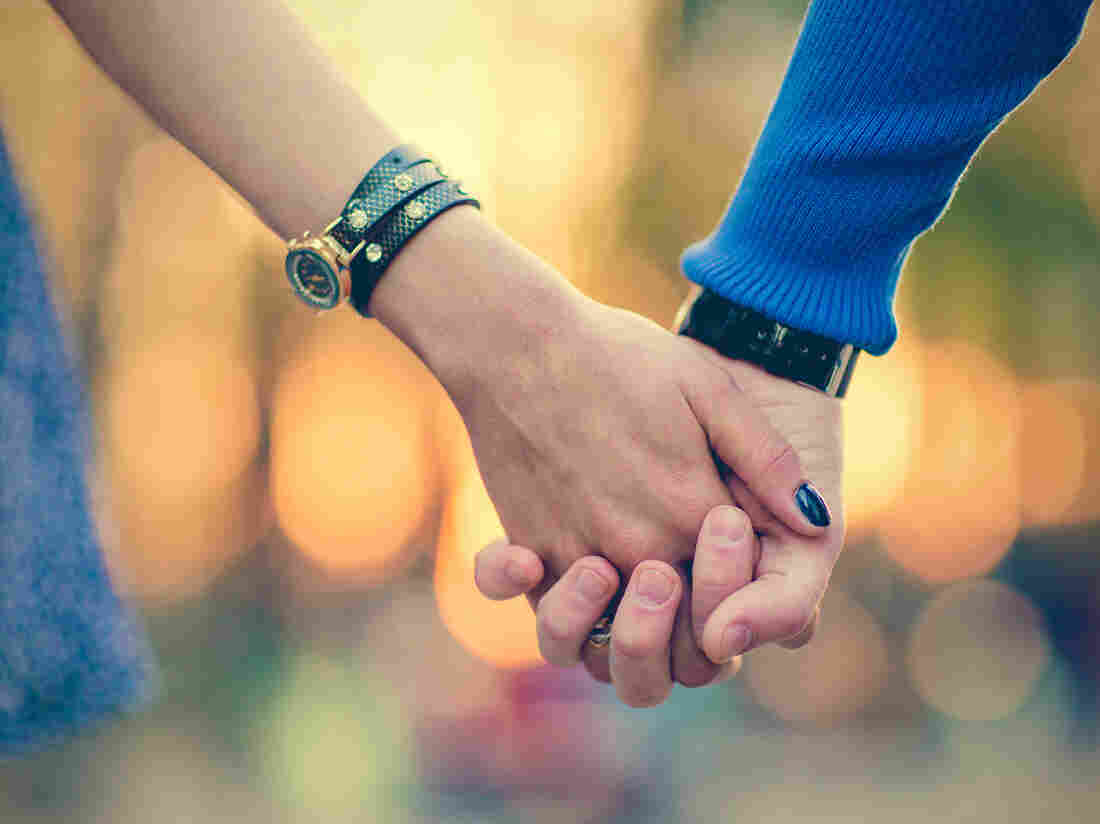 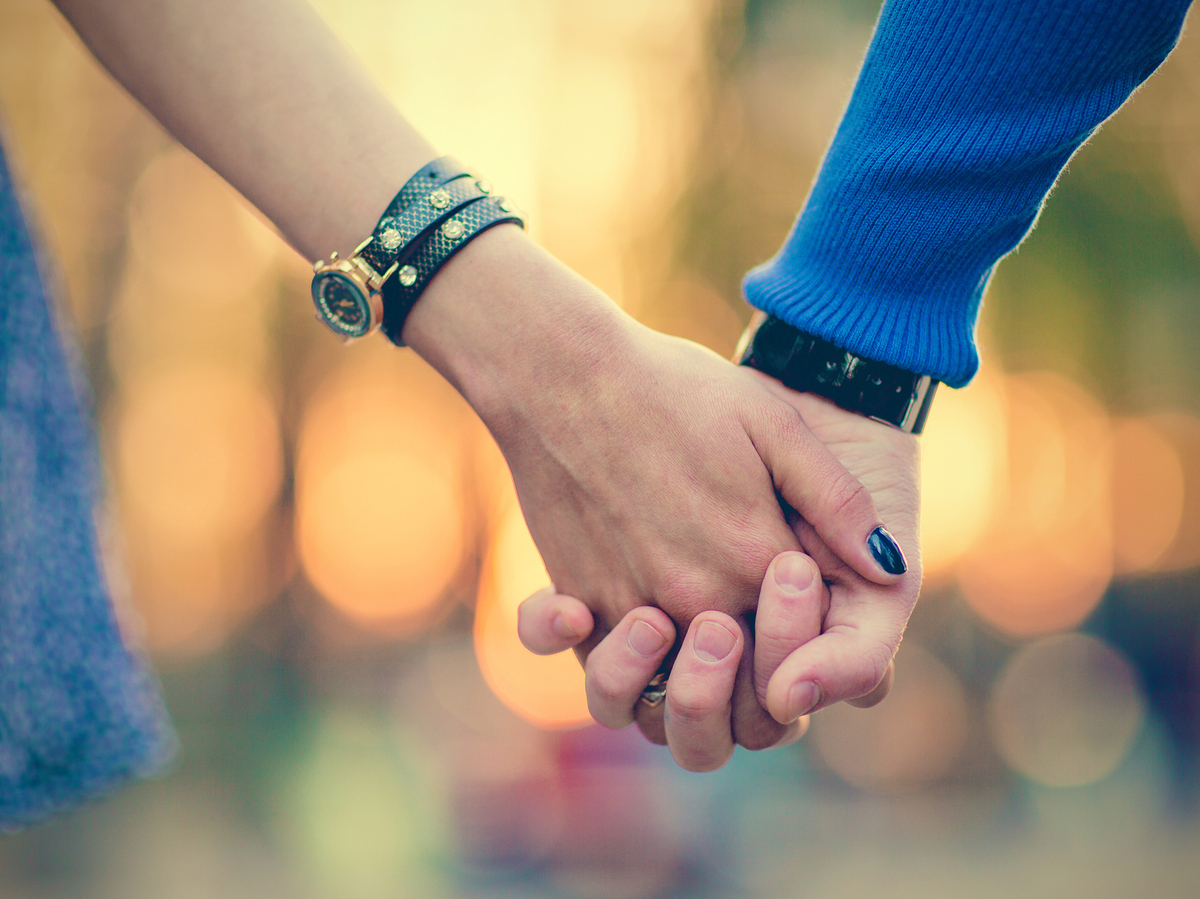 The word polyamory, according to this FAQ page maintained by writer and sex educator Franklin Veaux, "is based on the Greek and Latin for 'many loves' (literally, poly many + amor love). A polyamorous person is someone who has or is open to having more than one romantic relationship at a time, with the knowledge and consent of all their partners."

Lately, I'm seeing "polyamory" everywhere. It's not a new word or concept of course, but it seems to be having a cultural moment.

Some of the heightened attention to polyamory may be because philosopher Carrie Jenkins published a book about it early this year.

Last month in this article at the Chronicle of Higher Education, Jenkins discussed — in addition to various scholarly aspects of polyamory — having both a husband and a boyfriend.

Around the same time, an article in Salon magazine profiled people who participate in a monthly event in New York designed for the polyamorous.

And the topic is here, again, in New York magazine this month in an article citing a study that reports polyamory has been practiced by 20 percent of single Americans at some point.

To some degree, the focus of mainstream-media articles like these aims at overturning incorrect assumptions about polyamory. It's not the same as promiscuity, for instance.

To quote from the Chronicle piece about Jenkins:

"There is no necessary connection between polyamory and promiscuity, Jenkins argues. She thinks like a logician, and to her, this is simply a confusion of concepts. She points out that a person could fall in love with two people at the same time, have only two partners her whole life, and be considered a "slut." Meanwhile, someone can sleep around while dating, or go through a string of brief, monogamous relationships, and have dozens of partners without receiving censure. Still, Jenkins recognizes that most people will struggle with her ideas."

Jenkins is no doubt right that people struggle with her ideas about sharing one's life with multiple romantic partners. The U.S., for instance, is a country that very much espouses monogamy as a value.

Yet when we take a close look at polyamory — and embrace an anthropological perspective — we may gain a clearer understanding.

Polyamory is sometimes defined as "consensual non-monogamy." Yet polyamory isn't automatically or inevitably in a binary, oppositional relationship with sexual monogamy. As Gaylen Moore wrote in "An Open Letter to the Press" posted on the Polyamory Society website, "it is love, not sex, that is the key issue in polyamory."

"I love two women, but ironically, I am currently in a monogamous sexual relationship with one of them... [Polyamory], at its core, is fundamentally about love. Sexuality typically follows from polyamorous love, but it is perfectly possible to be polyamorous and sexually monogamous at the same time. This is somewhat unusual, but it is not unheard of."

Moore's distinction between love and sex fits well with a perspective offered by biological anthropologist Patrick Clarkin at the University of Massachusetts-Boston. In a blog post (one of a series) about humans' flexible sexual behavior, Clarkin writes:

These are among the more powerful of human motivations, but they do not always overlap perfectly, setting up the potential for flexibility as well as for conflict. One reason for this is that the different parts, whatever we want to call them — lust, romance, limerence, companionate love, friendship, commitment — are somewhat biologically distinct, and these can be arranged into different combinations and felt toward different people."

And let's not forget a point stressed by numerous researchers of human sexuality: Sexual monogamy is not some natural human state, as if we evolved in some way for sexual exclusivity.

As psychologist Christopher Ryan put it when writing for CNN:

"A non-possessive, gregarious sexuality was the human norm until the rise of agriculture and private property just 10,000 years ago, about 5 percent of anatomically modern humans' existence on Earth."

What we did evolve to seek are close bonds in romantic relationships. In another blog post, Clarkin quotes biological anthropologist Agustin Fuentes on this point:

"The need to form multiple physiological and psychological close bonds with other humans is core to who we are. It is part of our nature. If Walter Goldschmidt is right, and this is what we call love, then the need for love via social pair bonds is a hallmark of our evolutionary history and current biology. Humans are rarely sexually monogamous over their lifetimes. Rather we can form multiple sexual pair bonds of differing durations over the course of our lives, which may or may not also be social pair bonds."

Polyamory, in other words, is just another expression of the behavioral flexibility that is the true hallmark of our species — and one that, as I have learned from my reading, is predicated centrally on openness and honesty.