Accessibility links
Mind, Matter And Materialism : 13.7: Cosmos And Culture We all have metaphysical commitments, but when it comes to quantum physics and what it tell us about matter and materialism, we must work to distinguish solid ground from swamp, says Adam Frank. 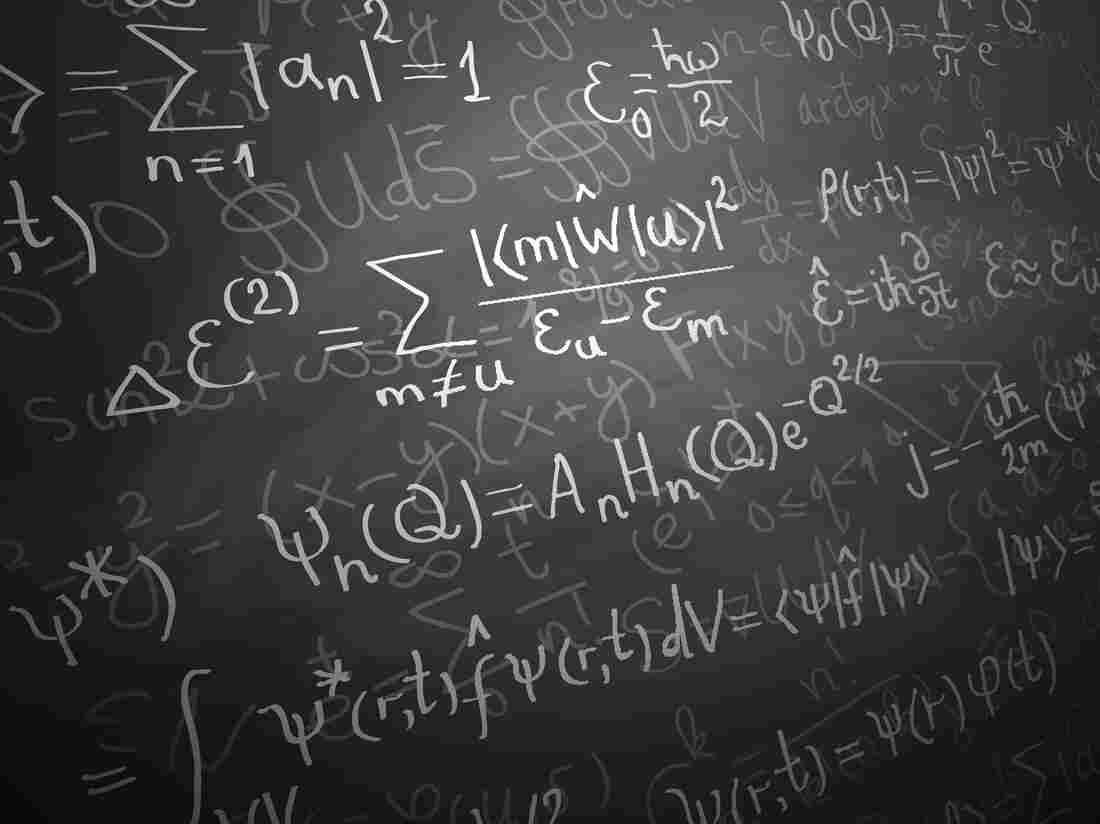 Science and philosophy have a long, complicated history.

Both are human endeavors aimed at articulating the nature of the world. But where the line between them lies depends a lot on perspective and history. Questions that once lay firmly in philosophy's domain have now fully entered the realm of science. Other issues which might seem fully covered by science retain open philosophical questions that either haunt or inform ongoing research (depending on one's viewpoint).

One of the persistent fields where philosophy retains its purchase on science is the question of consciousness. What is it? What does it depend on? What, if anything, is it reducible to? These are long-standing questions that often elicit fierce partisan responses. That partisanship was, in part, why I recently wrote an essay concerning the question of mind, matter and the perspective known as materialism. The piece appeared two weeks ago in Aeon. I'm following up, now, on some responses that essay engendered.

Materialism is the idea that all phenomena in the world are ultimately reducible to the behavior of matter. In popular discussions of consciousness, materialists often take what I call the "attitude of the sober." Mind is just computing with meat, they claim, and arguing otherwise means sliding into the domains of the wooly-headed mystic, drunk on supernatural "woo."

Just as important, pretty much all those interpretations come with some strange ontological and epistemological baggage. Thus, each interpretation comes with its weirdness, its own departure from simple common sense ideas about reality.

Materialism's claim that it alone is the obvious, the straightforward, and the sober explanation of consciousness loses a lot of its wind from this standpoint. Why is a non-reductionist, non-materialist account for consciousness considered "crazy" but an infinite number of infinitely splitting parallel universes (part of the materialist-favored Many Worlds interpretation) considered sober, hard-nosed science? If you want to see the argument laid out explicitly I refer you back to the original article in Aeon.

As you might imagine, there have been swift and strong reactions on all sides of the debate. And, as always, I want to say that I am really thankful for good criticism when I write a piece like this since it helps me refine my own thinking.

For example, some people countered it might be possible to explain mind in terms of matter without ever invoking the weirdness of quantum mechanics. In other words, perhaps one only needs classical Newtonian physics to explain how consciousness arises via complex information processing systems. This seems to be a point the very capable philosopher of science Massimo Pigliucci made when he said mind is a biological phenomena.

In principle, I don't have a problem with this possibility. That's because I remain agnostic as to the true nature of consciousness. It is, in fact, possible that only the "higher level" classical behavior of matter is needed to explain consciousness. On the other hand, this point has yet to be demonstrated scientifically. The trouble comes when materialists claim the reduction of consciousness to matter is "what science says." Nobody needs me to point out that the relationship between mind and matter (i.e. mind and brain) remains a cutting edge and contentious topic in philosophy and science. That means you can't just state that mind is purely a biological phenomena as if it were a scientific fact. In fact, that statement is a really a metaphysical stance. It's an assumption. It's the beginning of the argument, not the end. That's why I raised the now super-famous "Hard Problem" of consciousness. People have been arguing about it first since David Chalmers introduced it a couple of decades ago and its resolution has yet to be achieved.

Also, the logical link I draw between theories of mind and theories of matter does not rely on quantum physics as an explanation for consciousness. Some folks like Rodger Penrose have argued that quantum phenomena occurring in the brain are the root of conscious experience. I am not particularly taken by these arguments (but see this for new ideas along these lines). Instead, I point out that the irreducible democracy of quantum interpretations leaves the role of agency (i.e. the observing subject) as an open issue of contention.

Any explanation of mind is an account of "being a subject." That means quantum interpretations where the epistemological aspect of quantum physics comes to the fore make simple materialist views of consciousness a whole lot less simple. Why? Well, it's simple. If your theory of being-a-subject (i.e. consciousness) relies solely on matter, but your theory of matter can't get rid of the subject's being, then you're walking on swampy ground.

The point here is that there is an entire class of quantum interpretations that take agency very seriously. In fact, the most potent developments in quantum mechanics over the last few years come in the form of Quantum Information Theory where knowledge and knowing matter. Some of the most remarkable advances in this field like the process of weak measurement, which brings the role of the agent (the experimenter) front and center.

This doesn't mean that the Copenhagen or QBist or any other "epistemological" interpretation is correct and the Many Worlds interpretation is wrong. What it does mean, however, is anyone who grounds their metaphysics on matter needs to be honest about how swampy that ground really is.

Of course, some folks claim I am straying into religious sentiment by merely raising the point. As University of Chicago professor Jerry Coyne put it in a blog post: "What Frank is making here is simply a sophisticated God of the Gaps argument, except that he uses the word 'something more than materialism' rather than 'God.'

The irony is that, like Coyne, I am an atheist. I am a naturalist believing that no aspect of the world requires supernatural intervention. But Coyne's reaction demonstrates the approach I was articulating and pushing back against:

"As I said, I'm not a physicist, so some of Frank's musings are beyond my ability to judge. But I've heard plenty of respected physicists — most recently Lawrence Krauss in his new book — argue that the so-called 'observer effect' isn't what we think it is, and isn't itself part of the laws of physics."

Lawrence Krauss is a excellent cosmologist who has done really good work. But Coyne mistakes an opinion for a scientific fact — he cites someone with his same metaphysical biases. None of us know which quantum interpretation is the correct, scientifically valid one. It's been that way for 100 years now — and that's my whole point.

It's important to realize that even the interpretations you don't like are interesting in their own right. I am not a huge fan of the Many Worlds interpretation but I still find it fascinating and elegant in its way. And, at some point, someone might find experimental proof that it's true (which might happened for any of the interpretations).

So, in the end, it's all about being upfront about our metaphysical biases and their limits. As philosopher Roberto Unger and physicist Lee Smolin put it, our job in thinking about the world is to "distinguish what science has actually found out about the world from the metaphysical commitments for which the findings of science are often mistaken."

Metaphysical commitments are fine. We all have them. But when it comes to quantum physics and what it tell us about matter and materialism, we must work hard to distinguish what's solid ground and what is swamp.