Accessibility links
Could 'No Kill' For Shelter Cats And Dogs Be Policy By 2025? : 13.7: Cosmos And Culture Socializing newborn kittens and reframing the reputation of pit bull dogs is key to a new animal initiative aimed at saving 90 percent of animals in U.S. shelters, says anthropologist Barbara J. King.

Could 'No Kill' For Shelter Cats And Dogs Be Policy By 2025?

Could 'No Kill' For Shelter Cats And Dogs Be Policy By 2025? 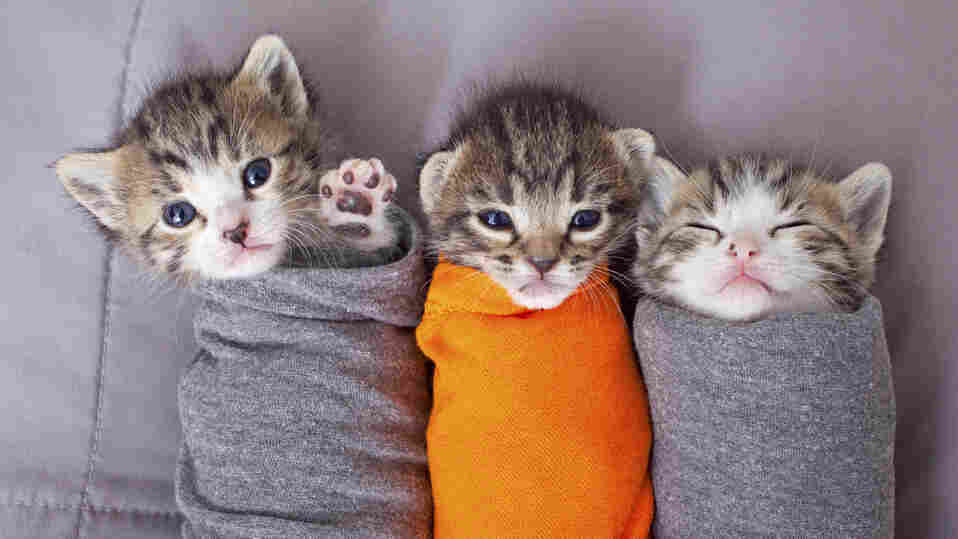 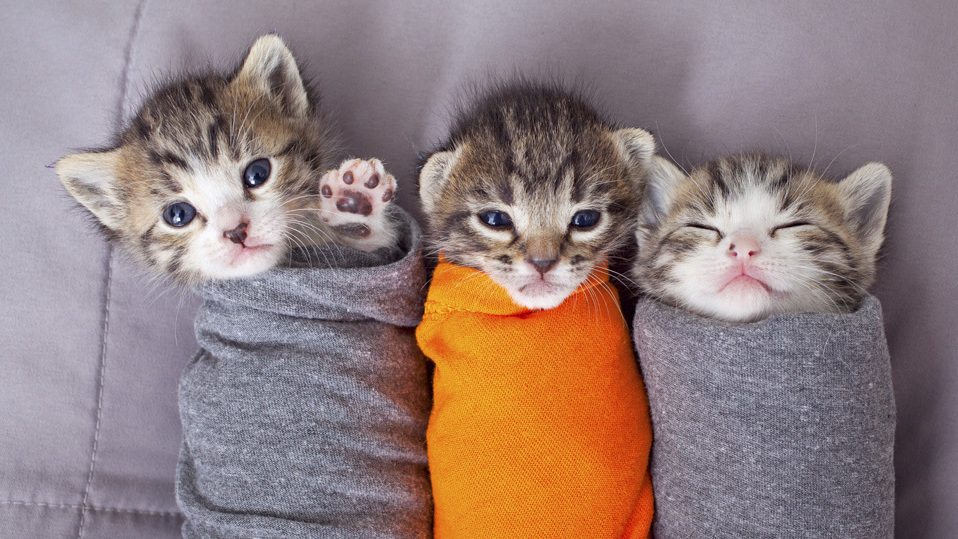 A coalition of animal-rescue organizations led by the Best Friends Animal Society based in Kanab, Utah, is aiming to bring the nation to "no kill" status for shelter cats and dogs by the year 2025.

Next week, a new pet adoption center will open in Soho in New York City to intensify no-kill efforts in that city and to bring attention to the national initiative.

The term "no kill" means different things to different people. Some shelters can euthanize up to 10 percent of their animals for reasons of health and temperament and still be considered "no-kill."

In a telephone call last week, Best Friends co-founder and CEO Gregory Castle said that in terms of the 2025 goal, the aim is to save 90 percent of dogs and cats in U.S. animal shelters from being killed. Based on a county-by-county survey done by Best Friends, Castle estimates the current save rate to be about 69 percent.

I think the 90 percent figure is important to dwell on for a moment, because, judging from what I know of the animal-rescue movement, it's both an ambitious goal and a realistic one. A 100 percent no-kill rate would be terrible for cats and dogs, because some inevitably arrive to shelters ill enough or badly injured enough to make euthanasia the kindest and most ethical alternative.

But euthanasia, meaning "good death," isn't the right term to apply to most shelter deaths for dogs and cats, which are killed because good homes can't be found for them. That's where the new national push comes in.

In our conversation, Castle cited what he called the "cause cooperation model" as key to the new initiative. "A major part of our strategy," he said, "is to lead coalitions of organizations, so that the effectiveness of the animal welfare community within a particular area is maximized."

Los Angeles is a good example of a city whose no-kill numbers are not far off from 90 percent because of such a model. New York City is another, as we'll see in a moment.

I asked Castle, what specifically is going to get the national rate up to 90 percent? He cited several action areas:

-- Reducing the number of cats and dogs going into the shelters in the first place, primarily through spay-neuter programs.

-- Intensive caring of kittens born to feral, community cats and brought into shelters by concerned people or animal control officers. These kittens need, in addition to spay-neuter and vaccination services, to be bottle-fed and socialized so that they're suitable for adoption.

-- Working to overturn what Castle calls "the undeserved reputation of pit bull terrier type dogs" for aggression and "showing them as the great pets they can be."

The soon-to-open adoption center in New York City will model all these efforts. Its kitten nursery, for instance, will be viewable through a glass wall to visitors, including potential adopters.

Risa Weinstock is president and CEO of Animal Care Centers of NYC, or ACC, which across its five facilities takes in about 30,000 cats and dogs annually in its mission to end animal homelessness in New York City. Weinstock is on the front lines of the animal-shelter system, as her 2015 description of ACC's scope makes clear:

"We are the only organization [in NYC] that accepts every animal brought to it, whether the animal has been abandoned, surrendered, found as a stray, brought in by the public, NYPD, or our field rescue team, and regardless of age, health status, breed, species or condition."

I asked Weinstock by email about the feasibility of the nation going 90 percent no-kill by 2025 for shelter dogs and cats. Her answer (reported here in part) highlights both the goal's importance, and equally, how critical it is to think beyond adoption alone:

"The goal of adopting/placing every healthy and treatable dog and cat is widely accepted as a best practice in animal welfare. ACC's placement rate in 2016 was 89.1 percent, and is at 94 percent as of February 2017, but as with all open admissions shelters, that number can swing dramatically depending on animal intake, facility constraints and financial resources.

Certainly placement/adoption of dogs and cats is part of our strategy to end animal homelessness and to that end we work with Best Friends along with over 300 adoption partners. However, adoptions alone won't solve the problem of animal homelessness.

It is not just about reducing euthanasia by increasing adoptions; the only way to effect real change is to address its root causes and what drives our intake of 35,000 animals annually. ACC has incorporated programs that not only advance adoptions, we have also added programs that help families and their pets stay together; target low-income areas where many strays are born; and provide surrender prevention community outreach like food pantries, behavior counseling, low cost medical referrals and vouchers, and vaccine clinics to keep the community healthier and safer. It is our collective progress that should be the ultimate barometer of the work we do on behalf of NYC's homeless animals."

Through my conversations with Castle and Weinstock, I realized that two things can be true at once.

Reaching for a quantitative goal — the 90 percent national no-kill status in this case — can be exciting and empowering. It gives everyone a target to shoot for and steps to track along the way. It's important and deserves our full support.

Yet the very term "no kill" can be a fraught one, because it brings a laser-beam focus to the question of which animals remain alive.

That's an extremely worthy focus, as I have noted. At the same time, quantity of lives saved without assurance of quality of those lives means very little.

Best Friends Animal Society and its organizational partners' commitment to both quantity and quality of animal lives are at the heart of this story. The individuals who work hard and creatively to ensure the physical and emotional well-being of cats and dogs at and beyond the point of adoption make all the difference.

What good — measured in both quantitative and qualitative terms — can a society achieve for its cats and dogs over the next eight years?

We're about to find out.