Life Is The Network, Not The Self

Life Is The Network, Not The Self 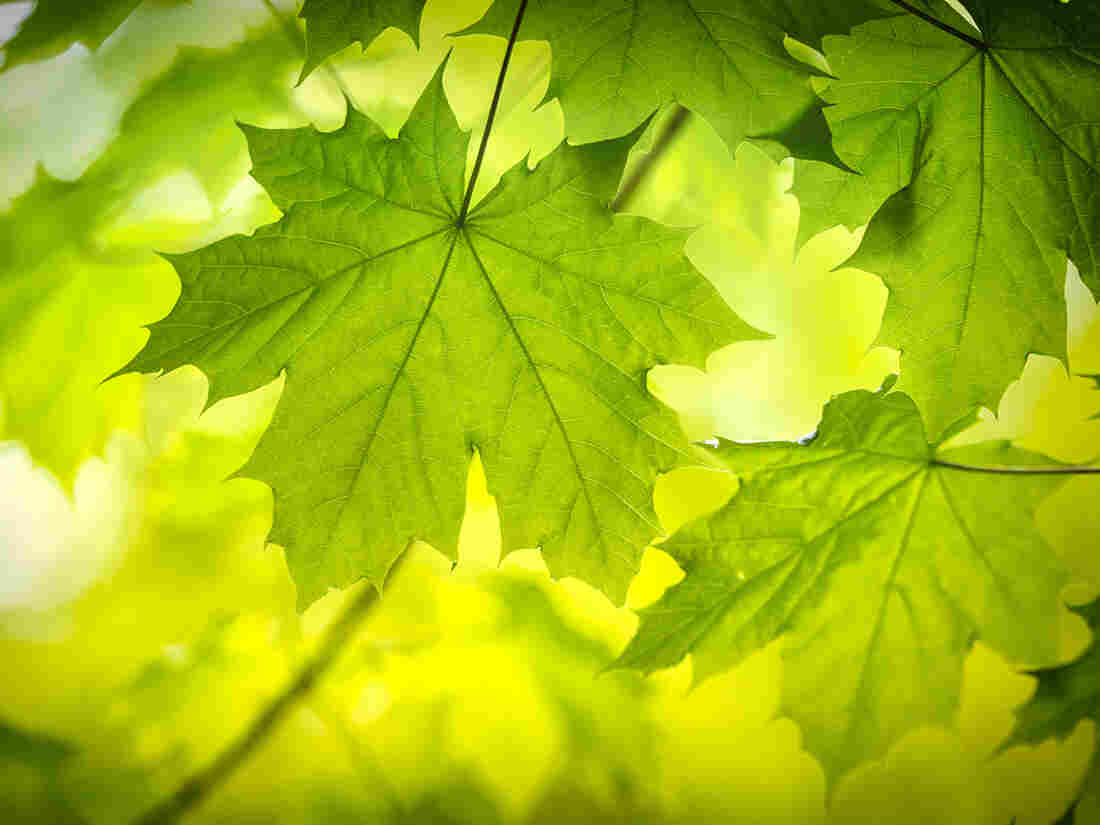 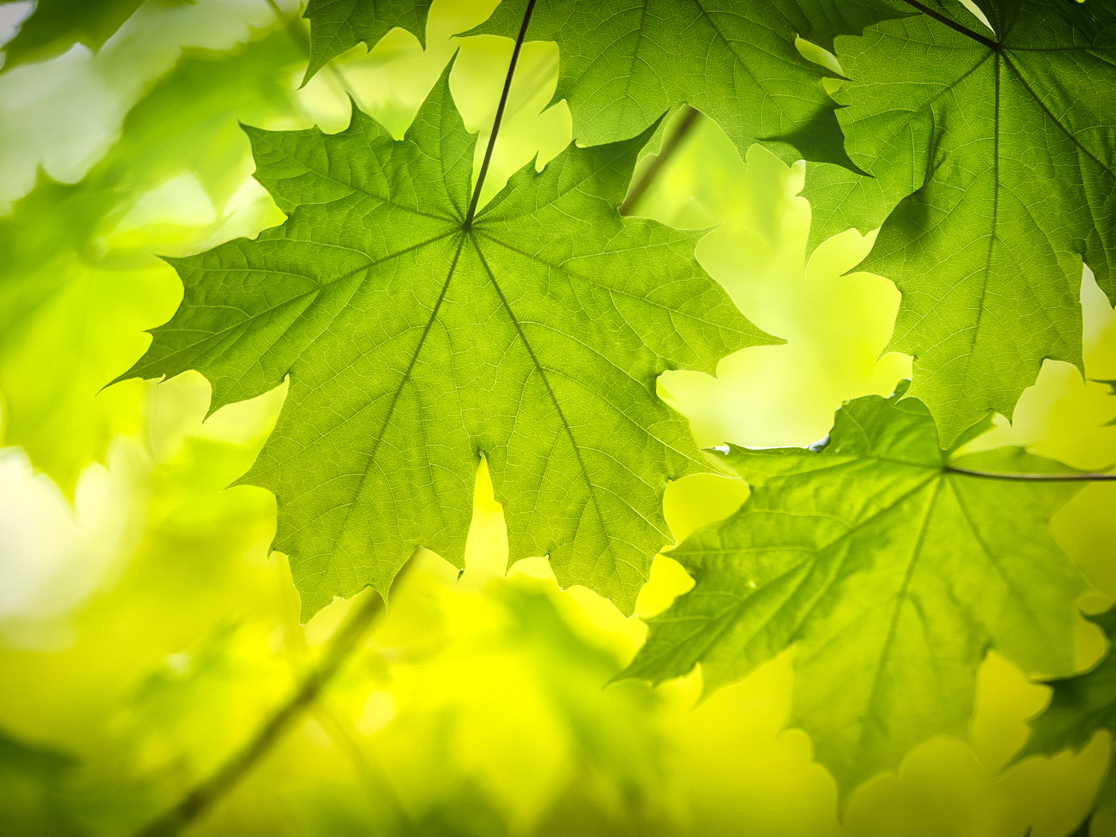 I reach up into a sugar maple tree's low branches and pluck a leaf. My fingers hold a seemingly unremarkable leaf, grown on a tree next to a suburban driveway. This leaf is not what it seems.

I dip the leaf in alcohol, then in dilute bleach, long enough to kill fungi and bacteria on the surface. Then, with a sterile knife, I sliver the leaf and lay the cut segments onto Petri dishes filled with sugar-infused agar. I'm using this simplest of microbiological techniques to query what might be living inside the leaf. Maple cells will not grow in the Petri dishes, but fungi will. I'm luring them out of hiding and, by feeding them, bringing them to a scale that my human senses can apprehend.

Days later, fungal growth spills out of the sliced leaf: toffee-colored lava flows, bright orange flecks, rippled cream, tangled puffs of white filaments, sulfurous shags, and purple velvet. The dishes were the nonpareils of moldy fridges, vibrant ecstasies of fungal growth. The "control" dishes, those I had opened and knifed but not touched with maple, were bare or sparsely spotted with gray blobs. Here, then, were some of the leaf's inhabitants coaxed into view. 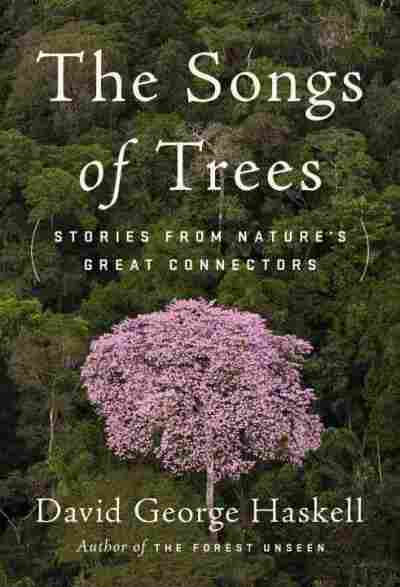 The Songs of Trees

The colorful growths revealed that my high school and college textbooks had told a half-truth. Elegant diagrams of leaf cross-sections depicted only plant cells. But a leaf is a community of fungus, bacteria, protist, alga, nematode, and plant. Just as diagrams of human skin or gut usually omit the microbes that are essential components of human bodies, our images of plants, seemingly so objective, missed the essential nature of a leaf. A "maple" is not an individual made of plant cells, but a community of cells from many domains and kingdoms of life. Microbe-free plants likely do not exist in nature and, if they could be constructed, would quickly die for want of the vital connections that sustain life.

Most of the cells that comprise a maple leaf are smaller than plant cells and hard to see under low-powered microscopes. The incomplete diagrams of early botanists are therefore understandable. But we now know that leaves also comprise millions of non-plant cells. My backyard experiment revealed just the small a portion of the fungal community. Studies of the diversity of DNA in leaves reveal hundreds of species in every leaf. Worldwide, there may be a million species of leaf-dwelling fungus. Global diversity of bacteria in leaves is unknown, but DNA sequencing can reveal hundreds per plant species.

By eavesdropping on chemical conversations within the leaf, biologists have learned that the life processes of a plant — growing, moving nutrients, fighting disease, and coping with drought — are all networked tasks, emerging from physical and chemical connections among diverse cells. These leaf networks are dynamic. In some species, the network changes through the seasons, starting in spring with bacteria that resemble those of the soil, then shifting through the growing season to bacteria that can process the complex mix of nutrients inside a leaf. Fungi inside the leaf protect against herbivorous animals, encourage growth, and confer drought resistance to the plant. Bacteria also promote growth by processing nutrients, cleaning wastes, signaling to plant cells, producing growth hormones, and combatting pathogens.

The leaf network is also a place of tension, its members caught in the evolutionary struggle between cooperation and conflict. Pathogenic bacteria and fungi continually threaten to overwhelm and destroy the leaf, a tendency held in check by a combination of plant defensive chemicals and competition from other microbes. The leaf community contains the seeds (or fungal hyphae) of its own mortality: When leaves weaken, fungi engulf the leaf and start the process of decomposition. This rot isn't always a disadvantage for the rest of the plant. Death can prune shaded leaves, stopping them from draining the plant community's energy.

Fifty years ago, Lynn Margulis showed that plant cells are miniature networks, made of the union of three different evolutionary lineages: light-gathering chloroplasts, sugar-eating mitochondria, and enveloping plant cells. We now know that the same is true of the leaf and indeed the whole plant. Biologists talk not of the ecology and evolution individual plants, but of "holobionts," entities made of many species, all inseparably linked.

Living networks are ancient, perhaps as old as life itself. Models and lab experiments on the chemical origin of life show that interacting networks of molecules beat self-replicating molecules in a Darwinian struggle. Many of the first fossilized cells of life on Earth lived in integrated bacterial stacks called stromatolites. Today, all major ecosystems — forests, coral reefs, grasslands, ocean plankton — are built on conversations between interdependent partners. Cut these conversations and the ecosystems fall apart. The first artificial cells also have a networked character. When scientists organize chemical reactions into arrays of tiny, interconnected compartments, life-like properties emerge: cycles of protein production, gradients of signaling chemicals, and the ability to maintain a steady internal state. Without the network, the homogeneous chemical soup lacks any tang of life.

The fundamental unit of biology is therefore not the "self," but the network. A maple tree is a plurality, its individuality a temporary manifestation of relationship.

This view of life has practical consequences. If plants are made from relationships, then agricultural science can manage these relationships to increase yield and sustainability. In conservation biology, restoring ecological interactions will help species and ecosystems. In genetic engineering, the effects of manipulations emerge not from the essential quality of any stretch of DNA but from networked interactions among genes and their environments. The living communities within plants can be put to work remediating polluted soils, reducing the toxicity of agricultural chemicals applied to crops, and processing biofuels.

The colorful fungal growths swarming my Petri dishes have a lesson beyond the immediate practical benefits of managing and studying living networks. Every textbook diagram and every written metaphor shape how we imagine the world. Microbiology and genetics are calling us to expand that imaginative space. When we gaze at a maple leaf, we now see not an individual made of plant cells, but a thrumming conversation, an embodied network. The "self" is a society.

David George Haskell's latest book, The Songs of Trees, explores biological networks through the sounds and stories of a dozen trees around the world. He is a professor of biology at The University of the South in Sewanee, Tennessee. His first book, The Forest Unseen, was the winner of the National Academies' Best Book Award and a finalist for the Pulitzer Prize in nonfiction, among other honors. You can connect with him on twitter: @DGHaskell