Accessibility links
Is Neuroscience Rediscovering The Soul? : 13.7: Cosmos And Culture The transcendence of human into information is either almost here, a step in evolution — or an impossibility, a mad dream of people who can't accept the inevitability of death, says Marcelo Gleiser.

Is Neuroscience Rediscovering The Soul?

Is Neuroscience Rediscovering The Soul? 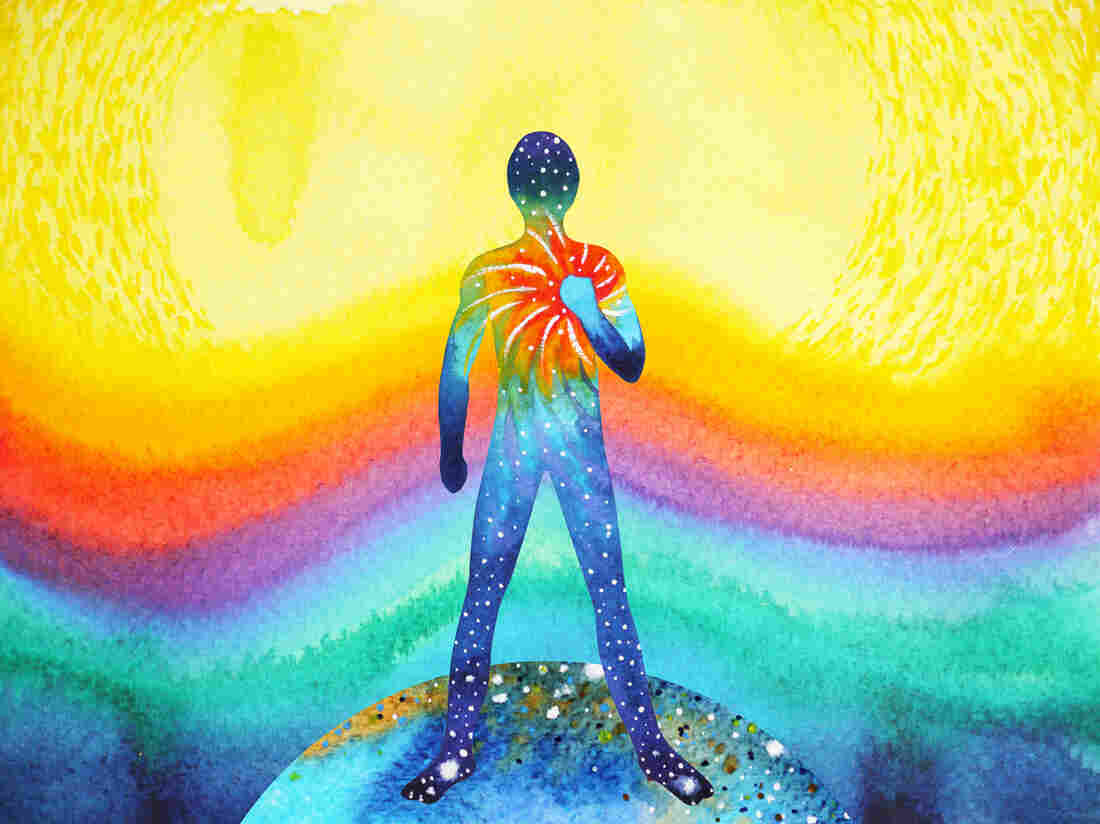 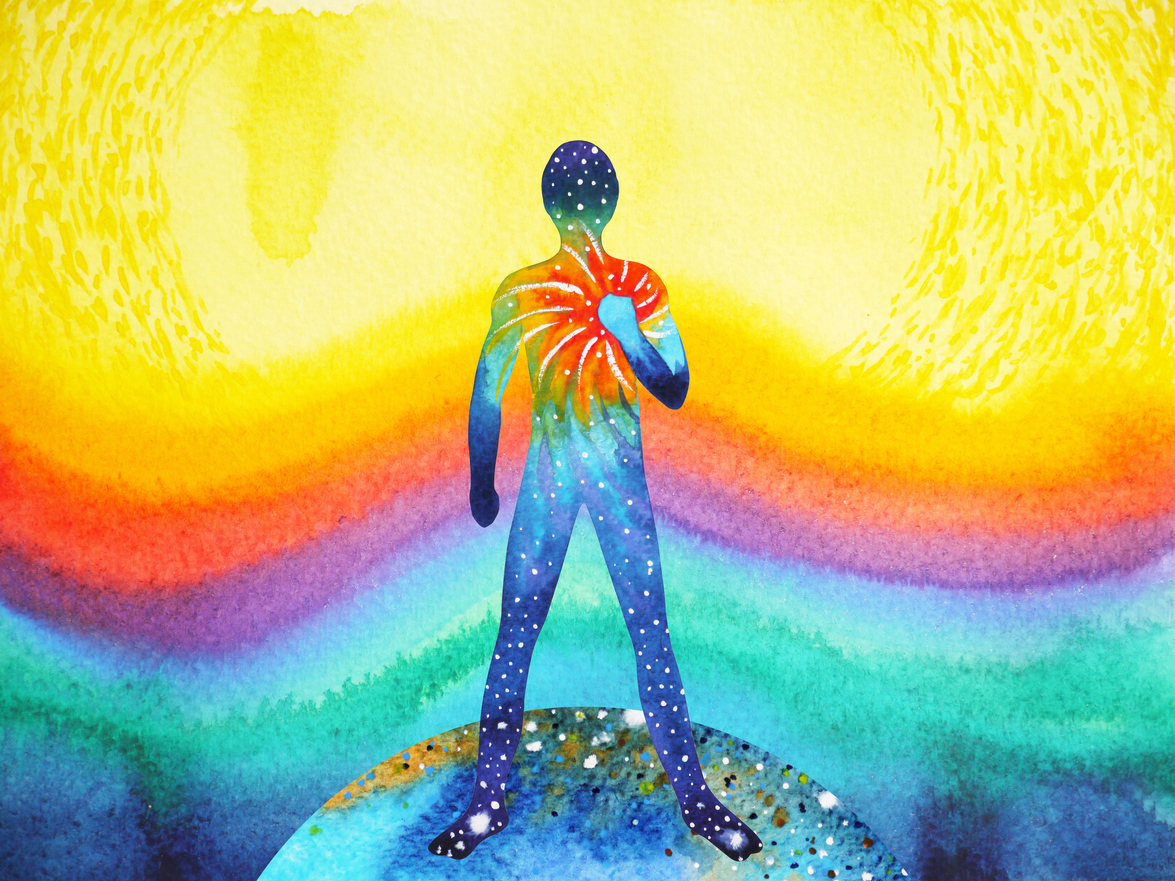 The idea that neuroscience is rediscovering the soul is, to most scientists and philosophers, nothing short of outrageous. Of course it is not.

But the widespread, adverse, knee-jerk attitude presupposes the old-fashioned definition of the soul — the ethereal, immaterial entity that somehow encapsulates your essence. Surely, this kind of supernatural mumbo-jumbo has no place in modern science. And I agree. The Cartesian separation of body and soul, the res extensa (matter stuff) vs. res cogitans (mind stuff) has long been discarded as untenable in a strictly materialistic description of natural phenomena.

So, this kind of immaterial soul really presents problems for science, although, as pointed out here recently by Adam Frank, the scientific understanding of matter is not without its challenges.

But what if we revisit the definition of soul, abandoning its canonical meaning as the "spiritual or immaterial part of a human being or animal, regarded as immortal" for something more modern? What if we consider your soul as the sum total of your neurocognitive essence, your very specific brain signature, the unique neuronal connections, synapses, and flow of neurotransmitters that makes you you?

Just as we have unique fingerprints, our brains, their "connectome," are also unique. Surely, all brains are made of the same stuff, but wired in very individual ways. Recall that our brains are plastic, and mold themselves according to environmental and emotional inputs — the stories of our lives. To this, we must add our bodies and their relation to our brains. For the mind is embodied, the self not an isolated property of what's inside your cranium but an emergent property of your whole mind-body integration as mapped through the complex highways of nerves interlocking all of you.

Consider, then, the modern soul as the unique neuronal-synaptic signature integrating brain and body through a complex electrochemical flow of neurotransmitters. Each person has one, and they are all different. That is, or can be considered, your essence from a materialist perspective.

Once we have this definition of the soul, the next question is inevitable. Can all this be reduced to information, such as to be replicated or uploaded into other-than-you substrates? That is, can we obtain sufficient information about this brain-body map so as to replicate it in other devices, be they machines or cloned biological replicas of your body? This would be, if technologically possible, the scientific equivalent of reincarnation, or of the long-sought redemption from the flesh — an idea that is at least as old as organized religions in the East and West (as Mark O'Donnell remarked in his book To Be a Machine, reviewed here).

Well, depending on who you talk to, this final transcendence of human into information is either around the corner — a logical step in our evolution — or an impossibility — a mad dream of people who can't accept the inevitability of death, the transhumanist crowd.

Silicon Valley is taking very seriously the possibility that aging is a technological problem that can be hacked. For example, the website of Google's company Calico states right upfront that its mission is to tackle "aging, one of life's greatest mysteries." The company's approach is more one of prolonging life than of uploading yourself somewhere else, but in the end the key word that unites the different approaches is information. If life is a code written genetically, it can be dealt with, including the instructions for aging. Another Google company, DeepMind, is bent on cracking AI: "Solve intelligence to make the world a better place." Google is approaching the problem of death from both a genetic and a computational perspective. They clearly complement one another. Google is not alone, of course. There are many other companies working on similar projects and research. The race is on.

What to make of this? It's inevitable that science will be at the forefront of the quest to prolong or upload life. This is not a bad thing, per se, given that the knowledge this research will surely produce will open new pathways to healthier, longer lives. Accepting death is a hard pill to swallow, the hardest. As I wrote elsewhere, referring to my family in this context: "Every day I have to love them is one less day I have to love them."

However, the possibility of extending life indefinitely also raises all sorts of moral and social questions, and possibly a lot of pain and loss. The curse of the immortal is to lose everyone he loves. Unless everyone jumps in. But how reasonable is this assumption? Who will benefit from these technologies? The very wealthy? The select few that have access to them? What of the rest of society? Would we end up creating a dual species of beings, humans and transhuman demi-gods? Would there be mutual tolerance and respect? I can imagine all sorts of sci-fi scenarios unfolding, utopic and dystopic.

Meanwhile, while the quest for immortality continues, what we can do is eat well, exercise, and try to live a life of meaning, leaving the world a better place than how we found it. Or, perhaps, for some in the future, never leaving it at all.