Accessibility links
Earth Day And The March For Science : 13.7: Cosmos And Culture People from around the U.S., including 13.7's Adam Frank, plan to gather in D.C. Saturday for the March for Science. Kathleen Rogers, president of Earth Day Network, discusses the march and Earth Day. 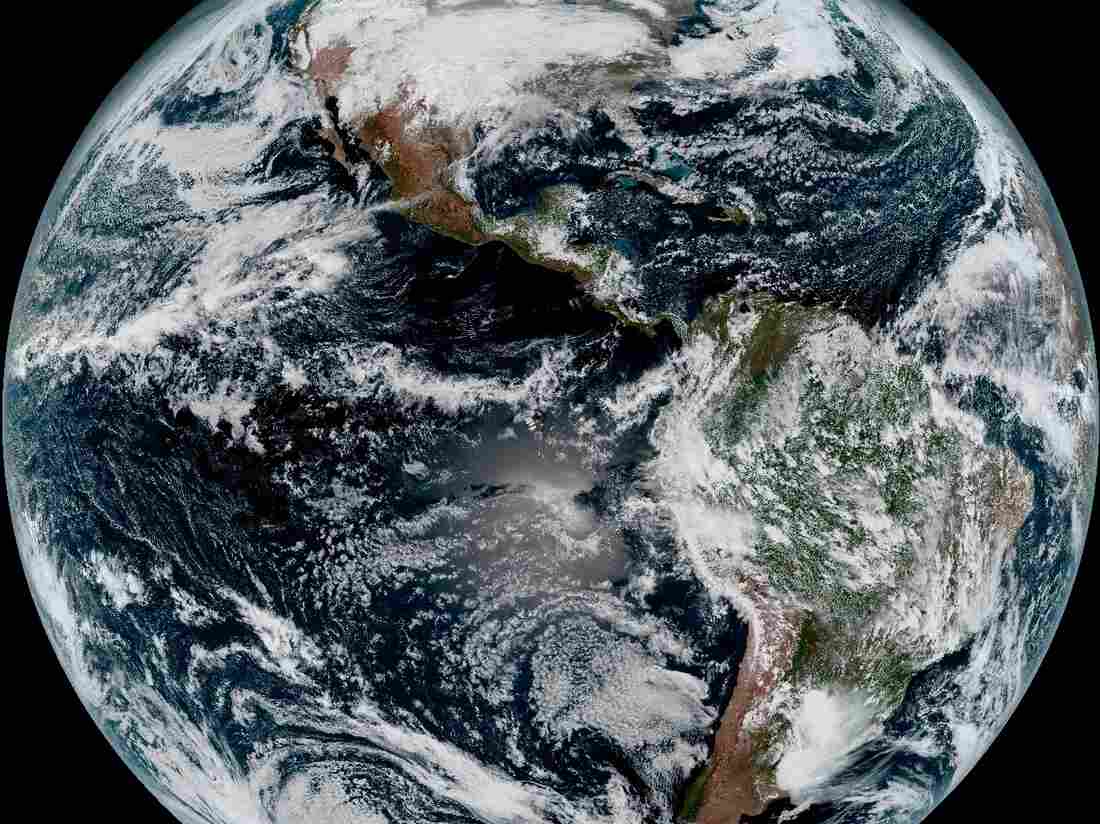 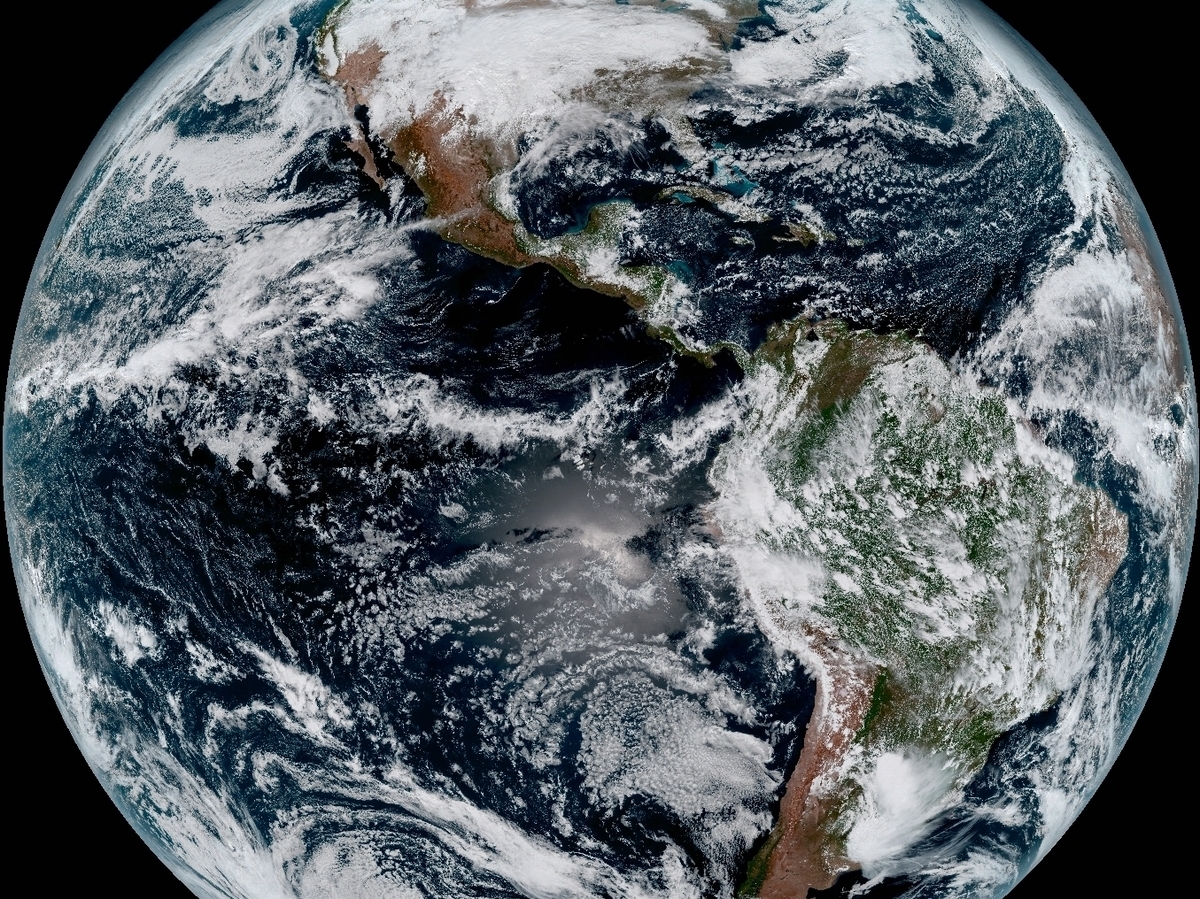 This Saturday, April 22, people from around the country will gather in Washington, D.C., to join the March for Science (there will also be satellite marches in many cities).

After the march was first announced, I wrote on some of the issues it raised about politics and science — and why I was planning to attend. (I will be attending the march and will be giving a "teach-in" with planetary scientists David Grinspoon and Ellen Stofan titled Climate Change and the Cosmic Perspective.) The piece generated a lot of conversations online and in person.

One of the people I spoke with was Kathleen Rogers, the president of Earth Day Network, an organization taking a lead role in staging the march. (Earth Day is also April 22 this year.) Rogers is an attorney who has spent 20 years focusing on environmental public policy and law.

I thought it would be good to ask Rogers — who has held senior positions with the National Audubon Society, the Environmental Law Institute, and two U.S. Olympic organizing committees — about the links between Saturday's event and Earth Day in general, as well as economics and the angry state of U.S. scientists.

What follows is an edited version of our conversation.

So how is the Science March different from the yearly Earth Day activities?

Well, let's face it. There is no Earth Day without science. But we should really go back to before 1970 and that first Earth Day. If it weren't for the deep science that was giving us the warnings about our air and our water back then, there wouldn't have been an Earth Day.

I'm a student of the Industrial Revolution. By 1970, 100-plus years of industrial society had left a long trail. It was in the decade or so before 1970 that people recognized the links between asthma and air pollution and water quality and disease. So the science started piling on until people couldn't ignore it. I don't mean people like you, or me, but the people in Congress. The people in charge of making laws

There wasn't a big environmental community back then. Before Earth Day there were basically just movements for conservation, which was about preserving species either for hunting or for using as some kind of natural resource. Earth Day marked the beginning of the modern environmental movement, which also had a big focus on public health, and all of it was driven by science.

So what does your organization, Earth Day Network, do?

Earth Day Network was born out of the first Earth Day. We mainly focus on year-round programs. One of the centerpieces of our work is environmental education. We're now in 192 countries and have, for example, three offices in India. We work all year long on things like the green economy, renewable energy and other issues depending on local needs.

Where does your funding come from?

So how is it connected to the March for Science?

We'll, we're heading toward the 50th anniversary of Earth Day — and last year we came up with five themes we wanted to work on as we head to that milestone. One of these was reforestation. We'll be working with governments around the world to plant 7.8 billion trees, one for each person on the planet in 2020.

But another theme we're working on is global climate and science literacy. The reason we're doing this is threefold. There's information you want people to have about what's really happening with climate. Then there's the value people get from understanding this is happening. And finally — and I'm a huge fan of this — it's about jobs. So when the idea of the March for Science came up, it just seemed to fit in with our own priorities. The march organizers and we ended up in getting in contact.

Your point about jobs is interesting. Environmentalism often gets tagged as being anti-business.

Oh my God. We're not that at all. This harkens back to my obsession with the Industrial Revolution. I had a great-grandfather who was an inventor. He was a good friend of Alexander Graham Bell.

Really? That's cool. What did he invent?

He had a bunch of patents. He invented carbon paper, underground cabling and other things. His name was Lebbeus H. Rogers; look him up.

Anyway, because of that history in my family, we're all students of the Industrial Revolution. And you know what happened back then. There were a bunch of people inventing things in their garages — just like now. The U.S. ended up owning a lot of the technology back then because we were the ones inventing it. We became a superpower in part because of those inventions. But because I work all over the world, I'm now seeing countries move ahead of us with technology. It's incredibly frustrating.

So when people say the march is political, it sounds like you're saying no — but it is economic.

It's like we're giving up the Industrial Revolution to China or some other country. The people who own this [green] technology will end up owning the world just like in the Industrial Revolution. And whether anyone likes it or not, the world is heading in that [renewables] direction. So it makes no sense from a business perspective. For solar and wind the market numbers are stunning. So why aren't we owning it?

Earth Day is about that, too.

India, Oman, Italy, Morocco and all these other countries that are moving in the direction of [renewable energy systems] are interested in promoting environmental, climate and technology education. Why are they doing this? Because they want investments. They see all of it in terms of jobs for the future.

So whether you're talking about health or jobs or landscape values, mining coal and burning oil is just so 1800s. It's like refusing to give up the horse and buggy for the car. If you want to create the next generation of Carnegies, Rockefellers and Edisons you have to go this way — or you are going to lose.

Some people fear the march will politicize science. What do you see going on out there in people's motivation for the march?

Well, for years scientists have worked both behind and in front of the scenes when it comes to policy. What's happening now is unique and different. Hell has no fury like a scientist whose integrity is questioned. These folks aren't making hundreds of millions of dollars. They're not billionaires. They're working at government rates so to speak. They are giving their lives to their work and have one thing to hang on to — the truth and their integrity. And it's the backbone of American science and technology we're talking about here. It's not just lab people, but everyone from computer programmers to people working on cancer. All these people, they're not happy being called liars.

And they're not my constituency. I mean we have lots of scientists involved in our work, but what's motivating this march goes way beyond us. The people who are talking about the march go way beyond the usual environmental crowd. So what I see is it's more than just about shutting down climate satellites. We need to take care of the science in this country — or the scientists, especially the young ones, will just go somewhere else to do their work.

A previous version of this story misspelled Kathleen Rogers' last name as Rodgers.