Accessibility links
For Earth Day, Learn About Local Science : 13.7: Cosmos And Culture When anthropologist Barbara J. King went in search of science taking place near her home for Earth Day, she met a shark called Fred and otters named Moe and Molly. 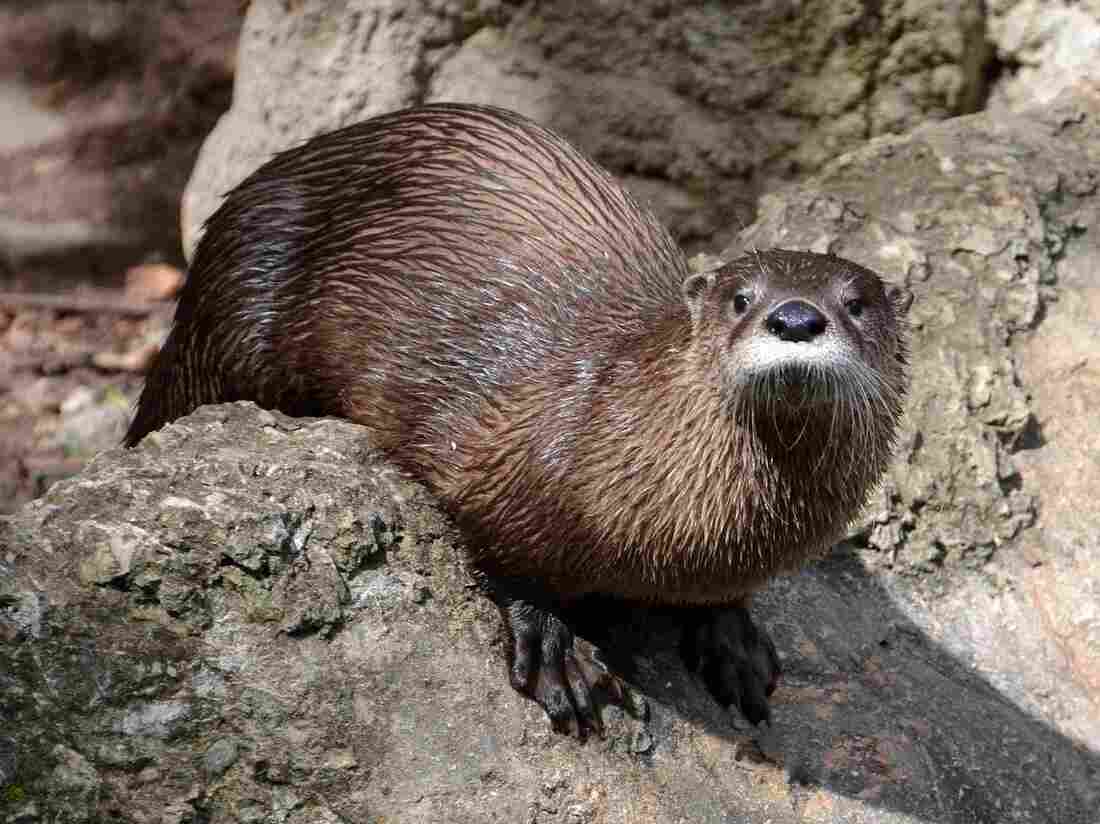 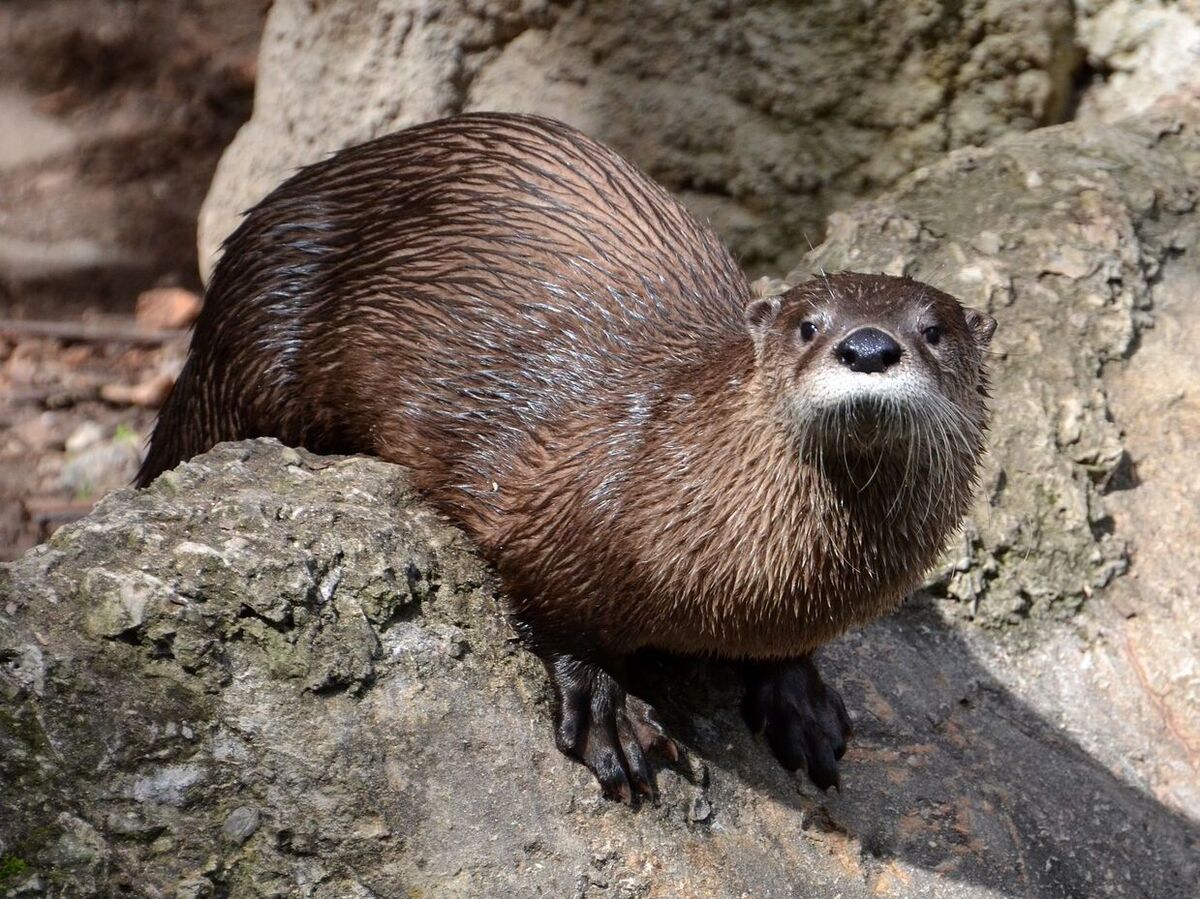 Molly, a female otter who came to the Virginia Living Museum from an aquarium in San Francisco in 2014.

On a sunny Spring day last week, I met two Northern River Otters called Moe and Molly at the Virginia Living Museum in Newport News, a few towns over from where I live.

They were introduced to me by George Mathews, curatorial director of the VLM — and friend, especially, to Moe.

As a youngster, Moe, now about age 12, had been taken in as a pet by someone living in Maryland after his mother was struck and killed by a boat propeller. Moe was confined to a bathtub — except when he was taken outdoors in a wagon or on a leash.

In behavior underscoring the fact that wild animals are not meant to be pets, Moe then bit or scratched a neighbor. At age four months, through arrangement with a Maryland zoo, he ended up at the VLM.

There, Mathews helped to raise Moe and to ease his transition in adapting to the outdoor otter pool — larger and deeper, of course, than a bathtub. At one point at the beginning, Mathews climbed right into the pool with Moe to offer supervision and support. (Mathews no longer does that or has any close physical contact with Moe.)

Now, Moe lives with Molly, a female otter who came to the VLM in 2014 from an aquarium in San Francisco; the two interact, George told me, in a friendly way, such that there's hope for breeding in the future.

The timing of my visit to Molly and Moe wasn't random. We're now coming up on a day — Saturday, April 22 — that doubles this year both as Earth Day and the day for the March for Science in Washington, DC, and around the world. It seemed a good time to explore local science and science education carried out for animals and our planet. (The VLM has Earth Day activities of its own planned.)

The VLM's mission is summed up in this phrase: "Native animals in natural habitats." Though accredited both by the Association of Zoos & Aquariums (as well as the American Alliance of Museums), it's neither a zoo nor an aquarium. It's not the case that all the animals at the VLM are rescues — a fact that leaves open the door for discussion about keeping animals in captivity — but over and over again during the 90-minute tour I met animals who have been given a second chance at the VLM.

Here are some of them:

Chris Crippen, aquarium curator at the VLM, described Fred to me as "super tame" and as an animal who (because of his early life as a pet) seeks physical contact with people. Fred is completely unreleasable into the wild because of this.

Crippen also pointed out two sandbar sharks to me, who came to the VLM from a research project carried out by the College of William and Mary's Eastern Shore Lab of the Virginia Institute of Marine Science. The VLM will release these two back into the wild either at the end of this coming summer, or possibly next May. As Crippen put it, this translates to a "low impact" exhibit policy on these fish.

Almost without exception, the animals I met at the VLM were active in their enclosures, interacting socially with other animals or with some aspect of their environment.

That fact stays with me after my visit — as does the good science going on right in my backyard.

In the spirit of Earth Day, why not check out local science going on in your own backyards — or discussions going on in science cafes and book clubs?

And a final note about otters Molly and Moe:

I've written before here at 13.7 about how, if we're going to look closely at animals via live-streaming cameras, we should first appreciate that they are individuals with their own needs, concerns, and life histories. We can, indeed, do that with Moe and Molly — and so in that spirit, check out the VLM's ottercam.