Accessibility links
The Problem Of How To Engage Different People In The Same Art : 13.7: Cosmos And Culture As museum curators continue to search for ways to make art accessible to the viewing public — and to engage individual interests — blogger Alva Noë says turning to neuroscience is not the answer. 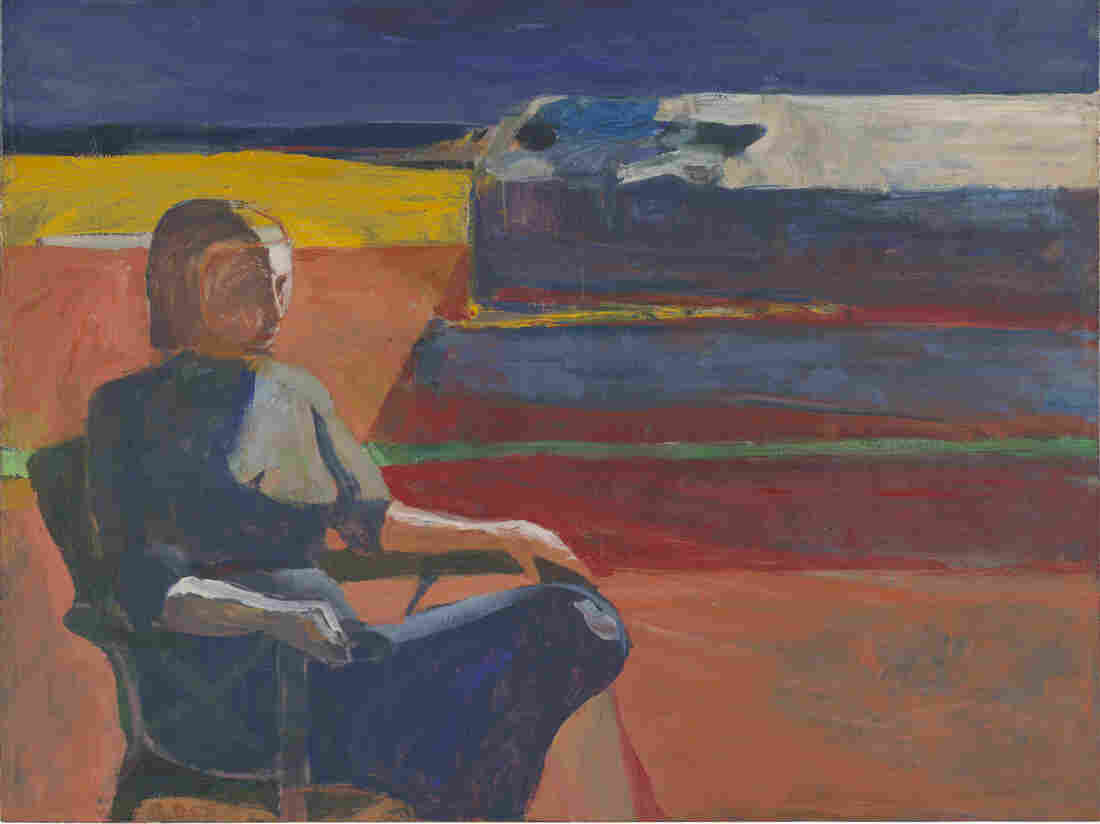 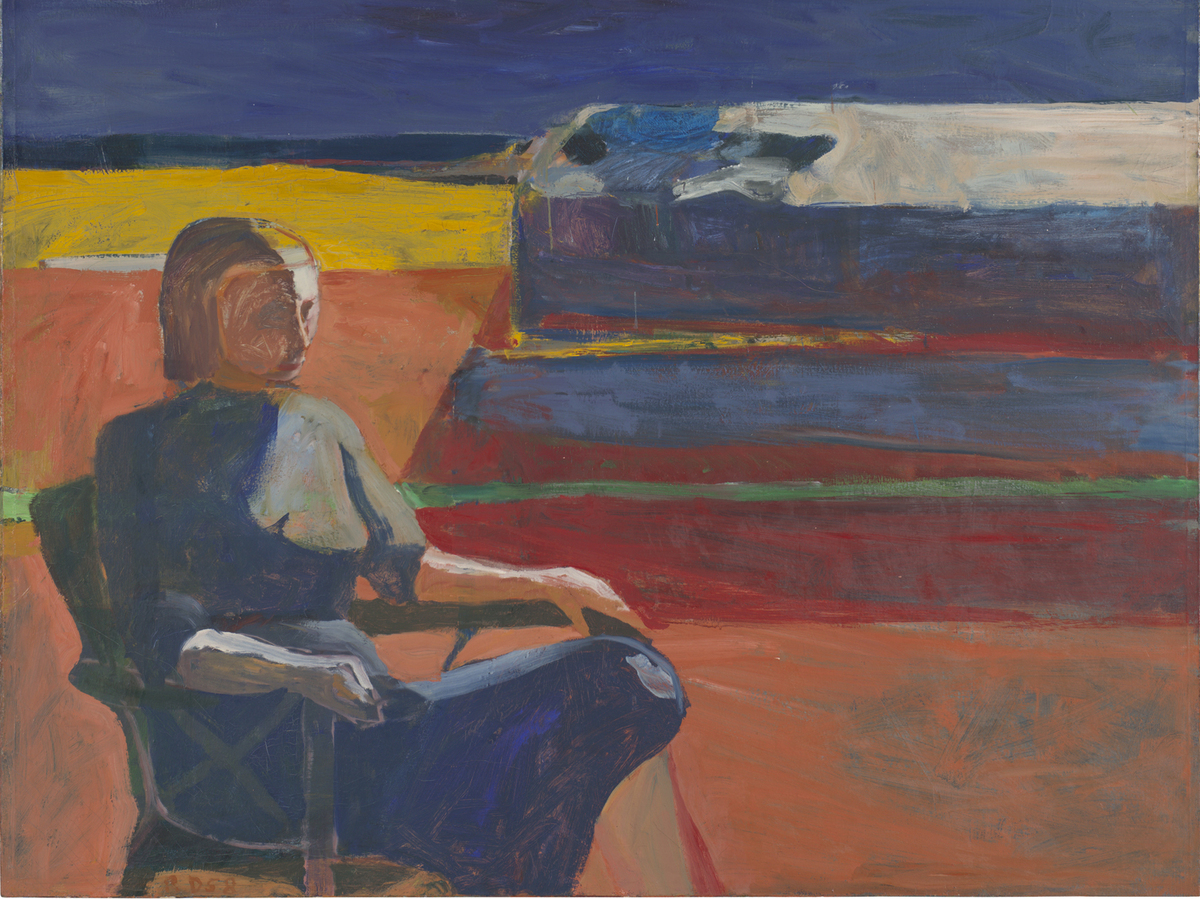 Richard Diebenkorn, Woman on a Porch, 1958; oil on canvas.

The Richard Diebenkorn Foundation/Courtesy of SFMOMA

An article in The New York Times last month highlighted the concern of museum curators and event planners over finding ways to make works of art accessible to the viewing public.

The director of Harvard's Peabody Museum has turned to brain science for clues to the way art manages — or, as is often the case, fails to manage — to ignite the imagination and pleasure centers of the viewing public.

In my judgment, the turn to neuroscience is an abdication of the museum's real mission, which is not to cause this or that to happen in the brains of unsuspecting visitors, but rather to afford motivated, interested, curious individuals the opportunity to appreciate what is on display. Which is not to say that this is an easy task.

How many times have you entered a gallery in a museum and just, well, just kept on going, more intent on wending your way to museum's end station (the cafe! the bookstore!), than on engaging in the hard work of getting to know — really perceiving — art along the way?

On tour at the end of 2015 and the first part of 2016 with my book on art, Strange Tools, I had a chance to meet museum people from around the world. Again and again, I listened while they voiced this concern: how to make the work work for people of different backgrounds, different knowledge, different motivations. 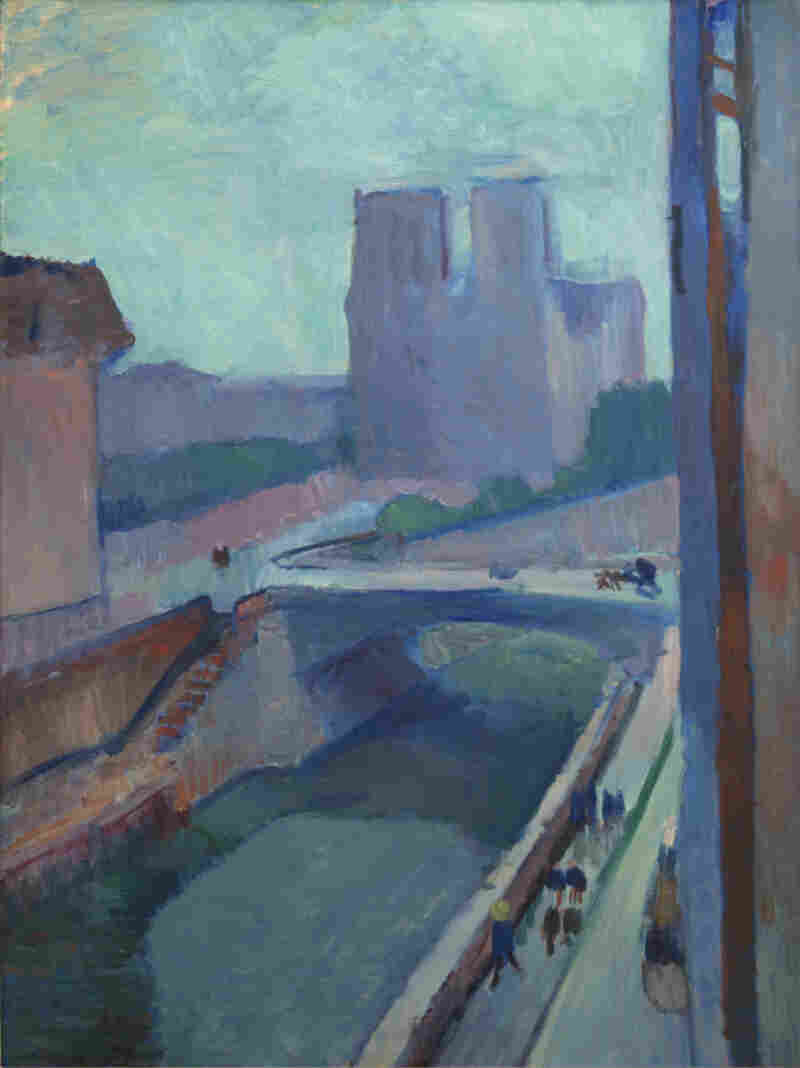 Institutions make different decisions. SF MOMA, for example, has turned to new digital, GPS-empowered technologies to provide app-based experiences of the museum's materials. The app knows where you are and what there is to see — and offers you text, video and narrative to help you see what is there. (I was actually hired by SF MOMA to work on this project; I loved making it; I've never listened to it myself.) Other museums, like The Met in New York City and London's Tate, also are exploring the use of apps to go beyond the traditional audio-guided.

I thought about all this as I viewed the marvelous Matisse/Diebenkorn exhibition now on view at SF MOMA. The show is thrilling. Henri Matisse is a familiar giant, one of the cardinal points on our art compass. The striking thing is that Richard Diebenkorn, who grew up in San Francisco, shines by comparison. Matisse seems classical — but also staid and interior, dark and a bit voyeuristic — beside Diebenkorn's giant, outdoor, sunlight-filled paint spaces.

The logic of the comparison is compelling. Matisse was one of Diebenkorn's heroes; Diebenkorn's encounters with the senior artist's work made an impression, not only in the younger artist's rumination — but also in the work itself. For example, when Diebenkorn turned to representation in 1955, not long after seeing a show of Matisse's work in Los Angeles, it must have seemed obvious that Matisse was exerting an influence. Color combinations, scale — and also choice of subject matter — seemed to be taken over from Matisse.

Not that anyone would ever mistake a Diebenkorn for a Matisse.

The decision to frame Diebenkorn's large, generous, free, spacious oeuvre as a dialog with Matisse's very different, European painting was one of the curatorial decisions made to deal with the basic question with which I began: How do you give an audience a leg-up on the interpretive challenge of making sense of painting?

Diebenkorn was an educated painter, and his interest in — and response to — Matisse is well-documented. Still, there's something arbitrary and gimmicky about this show. The story of Matisse's influence on Diebenkorn is never more than a good story, a hook to keep a viewing public interested until they can find a way to actually notice or be gripped by the work itself.

In fairness, it may be that a good story, a gimmick, is just what any presenter requires to enable a visitor to unwind, open up and gear into art.