Accessibility links
When 'Whole-Family' Cemeteries Include Our Pets : 13.7: Cosmos And Culture Some cemeteries allow "green" burials with pets, a tradition that extends back millennia into prehistory, says anthropologist Barbara J. King. 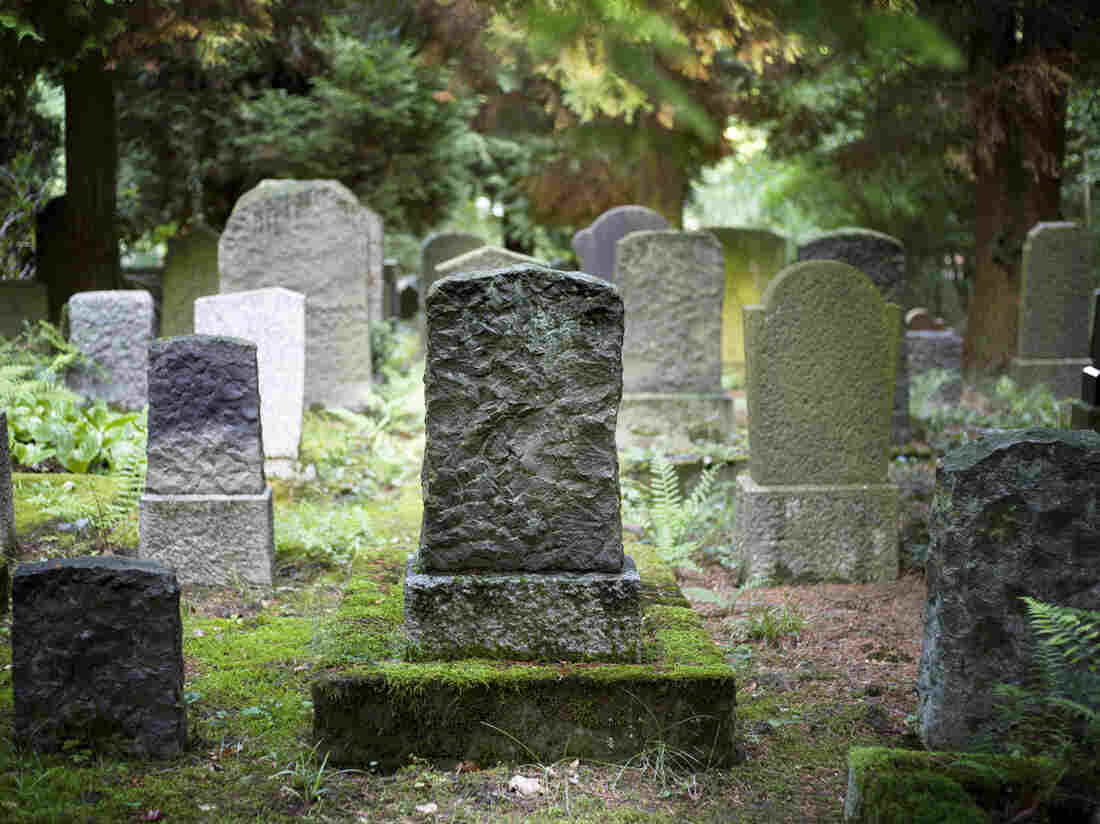 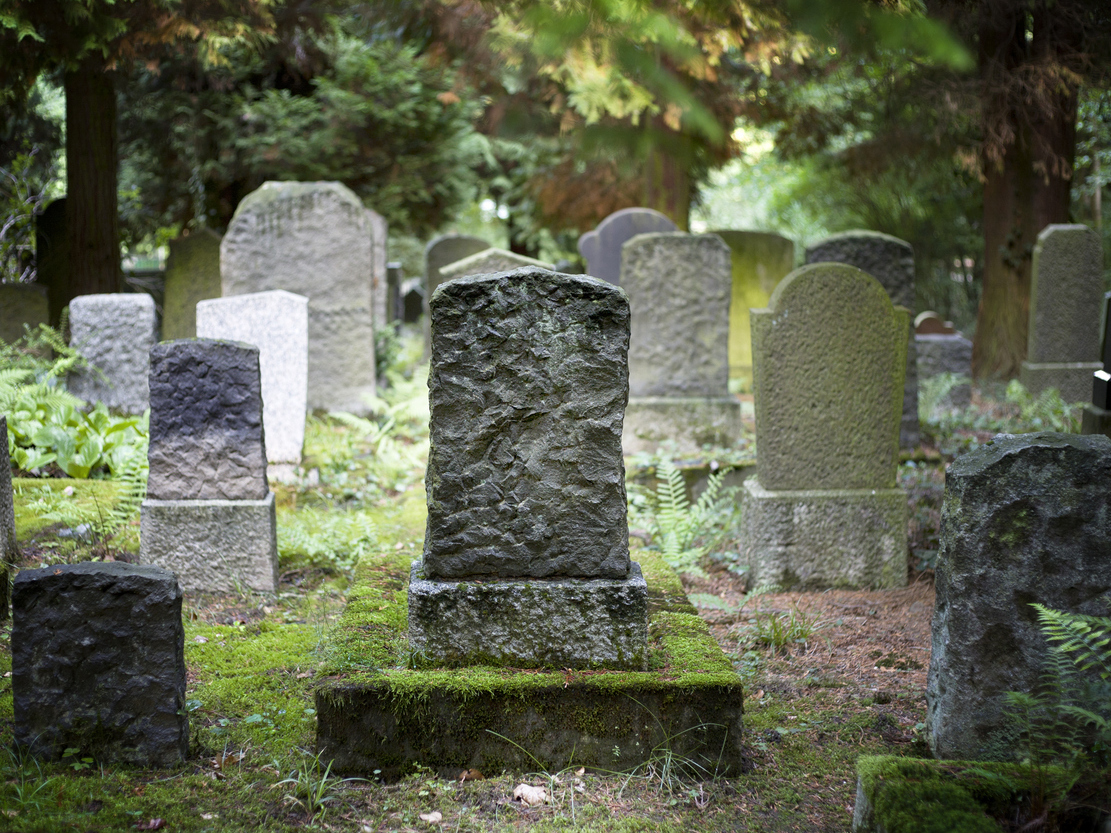 At Bonn-Oberkassel in Germany's Rhineland, two people were buried together with a dog 14,000 years ago.

At Lake Baikal in Siberia, such human-dog graves date to between 8,000 and 5,000 years ago; some of the dogs were buried wearing decorative collars.

Cats factor into this anthrozoological prehistory, too: 9,500 years ago at a site called Shillourokambos in Cyprus, a cat was buried with a person.

While we can't know anything about the nature of the specific emotional ties between people and individual animals so far back in time, it's a pretty sure bet that some kind of closeness would be the primary motivation for such burials.

(It's not like in ancient Egypt, where cultural tradition dictated that animals were sometimes buried as food for people in the afterlife.)

In modern-day America, it is not common for humans and pets to be buried together.

Cemeteries in the U.S. are generally regulated by state law, which varies. There are a handful of states that allow the burial of human remains and animal remains together. In some places, humans can be cremated and their ashes buried in a pet cemetery with their pets. Often, though, pet cemeteries are not regulated to the same extent as human ones and, so, there is no guarantee the remains will stay in perpetuity.

Some states do allow pets to be buried with human remains in family plot, in a special section of a traditional cemetery or in an adjacent section for animals. You can see a breakdown here.

In some states, though, burial of animal remains in human cemeteries is forbidden.

An advocacy group, Green Pet-Burial Society has been making a push for "whole-family" cemeteries that make it easy and ecologically responsible to be buried with your pet — be it a dog, cat, bunny, bird, rat, or even a horse.

"Conservation whole-family cemeteries bring together two concepts and practices, whole-family cemeteries and conservation burial grounds, into a singular experience that is beautiful in its simplicity, and exceedingly comforting to the bereaved. What is key is that the pet remains aren't buried as property or 'grave goods' but as family members and this relationship is recognized and honored.

Earth burials are an unexpected strategy for protecting/restoring the land as a wildlife preserve. In addition to protecting the environment and keeping families together, something else occurs — we experience ourselves as part of the earth and our connections with all animals is strengthened."

I've written about innovative green burial practices here at 13.7 before, most recently the Capsula Mundi organic pod burial. The difference with Greene's project, of course, is that nonhuman animals are involved. Greene mentioned something I'd heard about before — that, nearing death, some people have their relatively healthy pets put down prematurely. (While many commonly use the word "euthanize" in such cases, I prefer "put down" because I don't think that kind of event constitutes "a good death" for the animal.) This happens, in part, because the person worries about what will happen to the animal after they die and, in part, because they envision an eternal rest together.

"With whole family cemeteries," Greene notes, "we can convince pet owners that their pet's remains can still be buried with them, but at a later time. We also encourage people to arrange for a pet trust or other arrangement for the care of their pet."

Though it got its start in 2010, I just learned about the Green Pet-Burial project last week when reading Even Vegans Die, a new book by Carol J. Adams, Patti Breitman and Virginia Messina. Part of the book's mission is to urge vegans to take measures to plan for the care of their animal companions after their own deaths. (Their advice applies to other animal lovers, too; A "note of welcome to readers who are not vegan" is included at the start of the book, which did make me feel welcome.)

Even Vegans Die also deals with the crushing grief we may feel when our close animal companions die. One challenge for animal lovers interested in whole-family burials, I think, is what to do when we outlive many different animal companions over the course of our lifetimes. How is everyone to be buried together, when deaths may be numerous and decades apart?

Greene has an answer. Animal burials can be tiered in layers, or the animals may be placed at a buried person's head, feet, or side. With a touch of pet-related humor, he says:

"For people with lots of pets during their lifetime, the expense of burial may be prohibitive. I encourage the more affordable option of having a separate pet section as well — so that their remains are still nearby, but it's affordable for most families. In such cases, the most favorite pets may be buried with their human family, and the other beloved animals — I know, favoritism — are in the pet section."