Accessibility links
Is A No-Meat World Really Better? : 13.7: Cosmos And Culture Less meat is good morally and environmentally, but no meat may not be as good as some may think, says blogger Marcelo Gleiser. 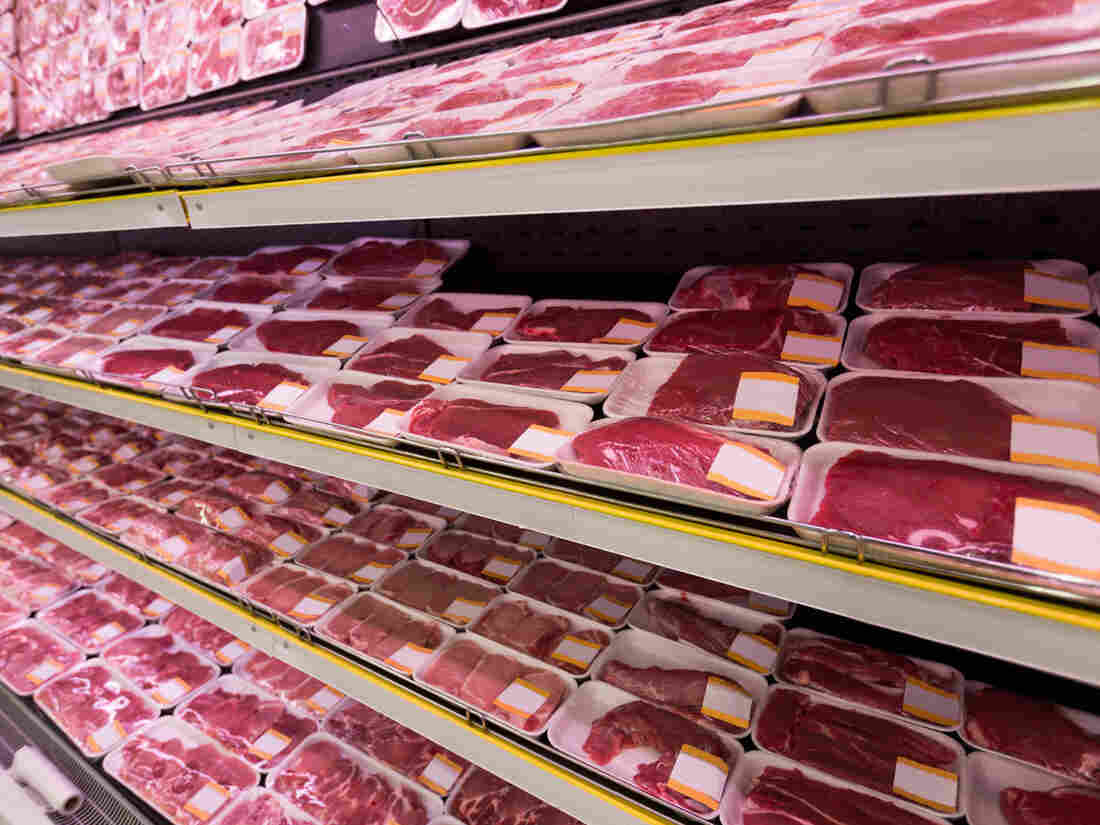 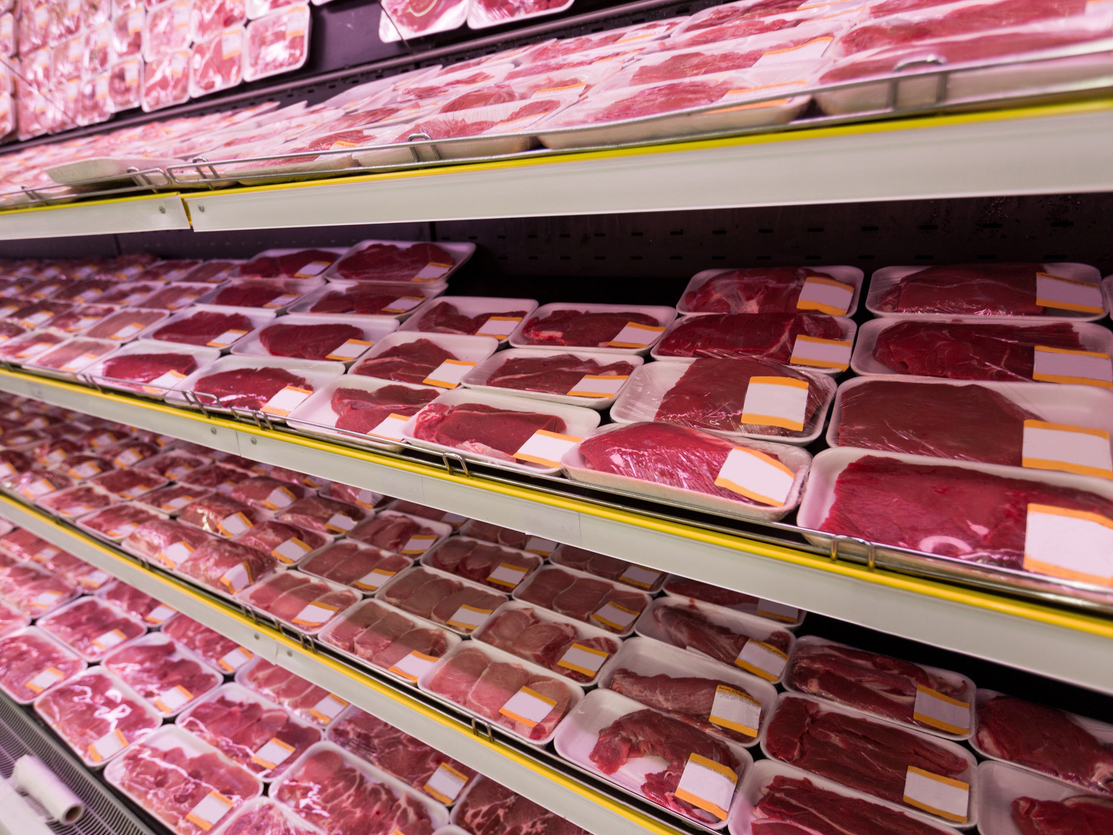 Let's face it: Vegetarians are a strict minority of the U.S. population.

The numbers seem to be increasing, though data from various surveys vary widely.

For example, a Public Policy Polling survey of 500 respondents indicates a jump in non-meat-eaters from 1 percent in 1971 to a whopping 13 percent in 2013 — 6 percent vegans, 7 percent vegetarians. (Somewhat tragicomically, the question about vegetarianism is part of a poll titled: "Americans pick Ronald McDonald over Burger King for President.") Other sources show results that, if you are rooting for vegetarianism, are much worse. A 2006 study endorsed by the Food and Drug Administration concludes that 2.3 percent of U.S. adults are vegetarians and 1.4 percent are vegans. A more recent 2016 Harris poll commissioned by the Vegetarian Resource Group puts the number of vegetarian adults at 3.3 percent and vegans at about half of that. So, this suggests a roughly 50 percent growth in numbers in the past 10 years.

These results are somewhat consistent with another poll from Faunalytics, whose mission is "to make you more powerful in creating change for animals," which reports only about 3 percent vegetarian, although it indicates the number of people declaring a decrease in their meat intake is increasing.

Given the fluctuations in the numbers, we can conclude that: 1. There is urgent need for a more thorough polling; 2. The numbers quoted here should be taken only as qualitative indicators of trends.

Moving on to the rest of the world, the numbers aren't much better — apart from India, a country where religious practices contribute to the number of vegetarians, at about 30 percent. According to the 2014 Meat Atlas of the Friends of the Earth, the worldwide average is about 5 percent.

For the kinds of meat that are being eaten in different countries, these charts from the Organization for Economic Cooperation and Development provide a detailed breakdown. Put together, the numbers indicate that, sadly, humans remain staunch carnivores.

The discussion becomes interesting when we ask why some people choose to become vegetarians.

A 2009 article on Harvard Health (updated in 2016) points to a diversity of reasons, ranging from moral (unfair treatment of animals) to health to economic to religious to environmental. A 2007 study by Raluca Andrea Ion from the University of Bucharest published in the Russian journal Economics of Agriculture corroborates these results, listing the different factors in order of overall preference:

Most people choose to become vegetarians because of a moral concern with animals and to eat a healthier diet. The environment shows up as a lower concern. These results show little understanding of the impact that meat-eating has on the environment and why each one of us can make a difference, a point we made here earlier. (For a more global view, see here.)

What would happen to the environment if the world population decided to become vegetarian? The answer is not so simple.

The wide-ranging and widely cited 2008 study Livestock in a Changing Landscape lists the pros and cons of the livestock industry worldwide. (For a summary, see this 2010 article from Stanford News.)

Here are a few of the findings:

So, a meat-free world would have more forests, less demand for fresh water, less use of pesticides and antibiotics, more grains for people and less emission of greenhouse gases. Apparently, a no-brainer.

But cutting meat completely would not be as good a solution as it seems.

As people eat less meat, they need to eat more plants, so farming areas need to be converted accordingly. In some areas where the land is not easily arable (such as mountainous regions with dry climate), grazing cattle, sheep and goats is actually converting inedible grass into edible meat and milk. Pigs and chickens could be fed leftover foods; leftover food amounts to an absurd one-third of total food produced in the world. In some poor regions, meat and milk consumption is the only reliable source of protein and fat. Also, in poor regions, many people work with livestock. They could be redirected and trained for farming, but due to limitations with soil quality this may not be an easy shift.

Switching to a vegetarian (no-meat, but egg and dairy are OK) as opposed to a strict vegan diet is also impractical, since, in the case of livestock, cows must calve every year to keep producing milk and 50 percent of their offspring are males. What do we do with them?

It's possible that genetic engineering will take care of this issue, producing only cows tweaked to be milk-producing factories. Chickens could be tampered with as well. But how moral would such technology be?

Circling back to the question in the title, it is clear that less meat is good morally and environmentally, but no meat may not be as good as some may think. Some poor regions in the world need all the meat they can get. The same in areas where there is no arable land and grazing is efficient. Culture also plays an essential role, and meat-eating is firmly ingrained in many parts of the world. Try convincing a Maasai from Kenya that he can't eat meat or drink milk and blood. (Their diet is slowly changing to include more grains.)

For those of us who can afford a nourishing plant-based diet, there is little reason to remain a carnivore. But try telling that to a BBQ chef from South Carolina or São Paulo.