Accessibility links
Aesthetic Evolution In The Animal World : 13.7: Cosmos And Culture Blogger Alva Noë reflects on Richard O. Prum's new book, Darwin's "other" idea, and the connection between the natural world and art.

Aesthetic Evolution In The Animal World

Aesthetic Evolution In The Animal World 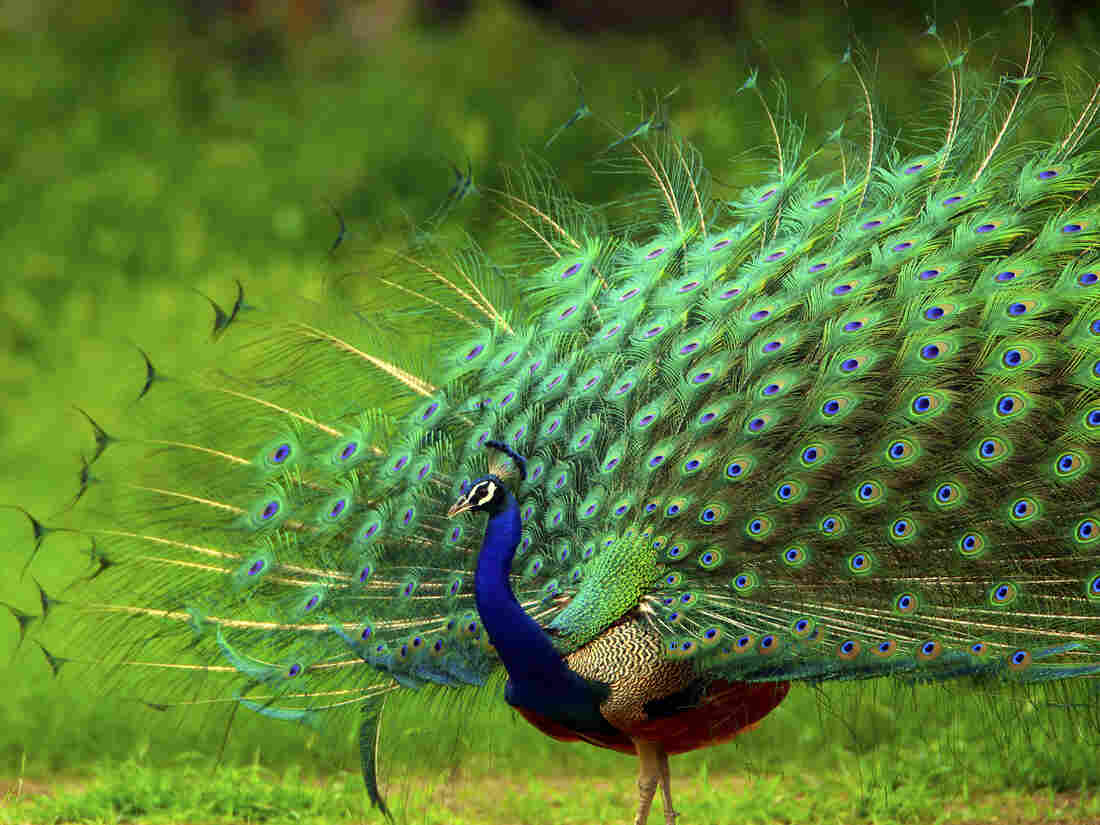 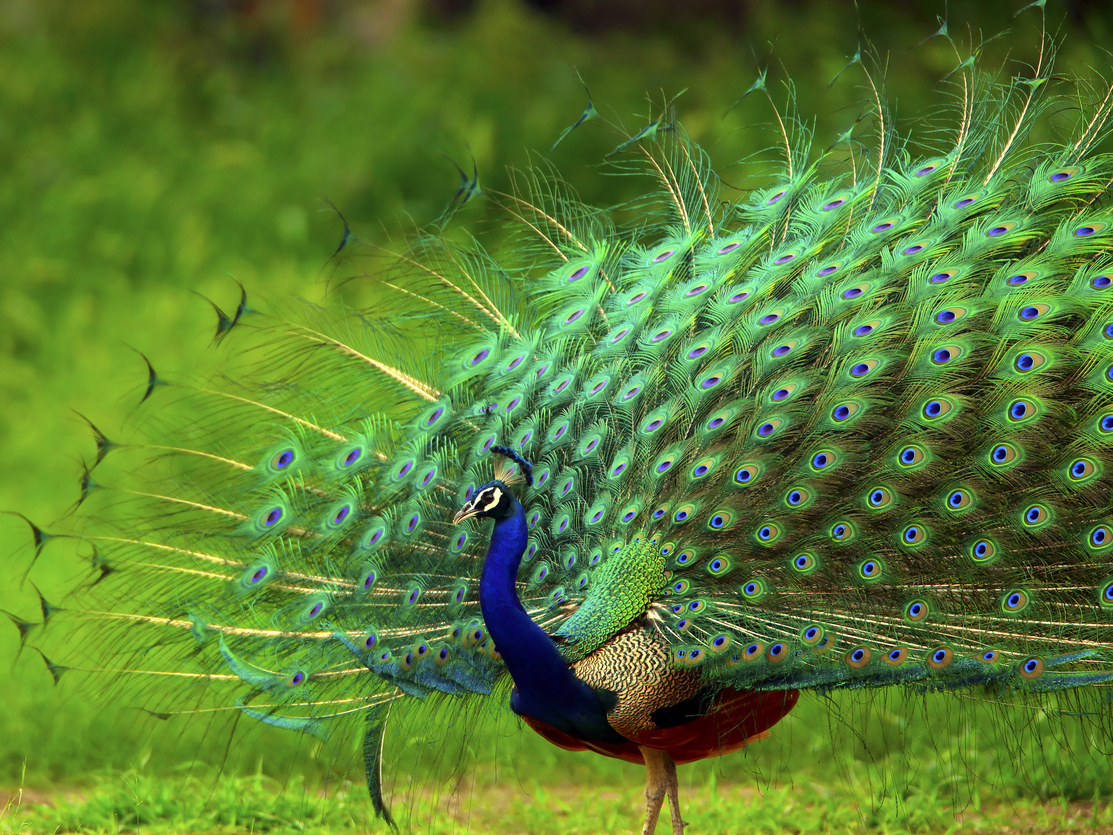 At the heart of Richard O. Prum's new book The Evolution of Beauty: How Darwin's Forgotten Theory of Mate Choice Shapes the Animal World — and Us is a bold idea:

"... that animals are not merely subject to the extrinsic forces of ecological competition, predation, climate, geography, and so on that create natural selection. Rather, animals can play a distinct and vital role in their own evolution through their sexual and social choices."

Actually, this is Charles Darwin's idea — his other idea. It's an idea so revolutionary that, unlike natural selection itself, it has been systematically misunderstood, or outright repressed, since Darwin first developed it in his other book The Descent of Man — first published in 1871, 12 years after The Origin of Species.

What's so dangerous about what Prum calls "aesthetic evolution by mate choice?" Precisely the idea that it acknowledges, supposedly, real agency in the nonhuman world — and that it is an agency that doesn't bottom out in facts about fitness and adaptation. It does so, Prum argues, because it's good science.

Now, it isn't exactly news to be informed that Darwin grappled with the problem of the diversity, indeed the gorgeous magnificence, of ornament in the biological world. It is well-known that he once wrote in a letter to a friend: "the sight of the feather in a peacock's tail, whenever I gaze at it, makes me sick!" For the peacock's tail is, manifestly, of no adaptive value whatsoever. It is no aid to flight, no benefit in combat with another, no enhancement of the ability to secure food or provide concealment from predators. In short, it would seem to be one (of countless many) direct counterexamples to the proposition that biological traits are adaptations, that is, that they are selected to enhance survival value — or the ability to bring offspring into the world. 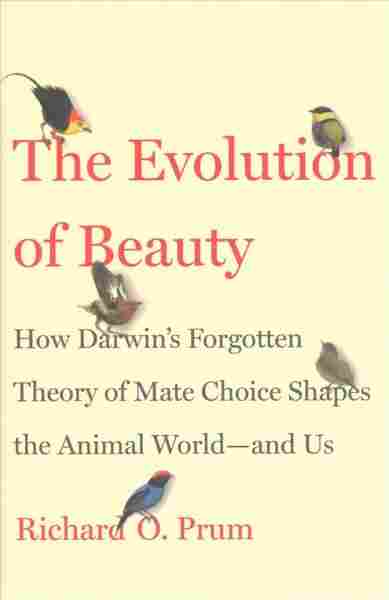 The Evolution of Beauty

Title
The Evolution of Beauty
Subtitle
How Darwin's Forgotten Theory of Mate Choice Shapes the Animal World and Us
Author
Richard O. Prum

The thing about the peacock's tail is that the peahen likes it. It's sexy. It's beautiful to her. It is attractive. And that's why peacocks who've got it, and are able to flaunt it, are in fact more likely to have offspring. So the trait is selected. Not for its adaptive value, but by the female of the species.

And that, Prum suggests, is a very radical idea, especially in Darwin's Victorian England, but even now in a world where patriarchy is still the order of the day.

This is why, Prum argues, evolutionists have tended either to downplay sexual selection or ground it in the logic of adaptation. Perhaps the best known strategy for doing this is to hold that the reason the peahen likes the peacock's tail is that the tail is actually a signal of the peacock's fitness: Only a peacock from a good family with disposable income is going to live long enough to afford the luxury of maladaptive ornamentation. Ornament is conspicuous consumption, on this view, and females like it, so the inevitable logic runs, because they are can't resist male power.

Oy vey! That is an ugly idea and not one that casts the men who are its proponents in a particularly nice light.

It also, according to Prum, completely misses Darwin's revolutionary idea: that the aesthetic delight animals take in each other — in this case, that the female takes in the male of the species — is arbitrary; it is grounded in nothing more than desire and its fulfillment. It is the conscious sensory experience of animals — especially female animals — and it is the choices they make as a result of these experiences that are one of the governing forces of natural evolution.

Now Prum is an ornithologist, not a polemicist, and this book is a delight to read also because of the knowledge — and the love of learning and teaching — that it puts on display. On one point, though, I am quite certain he goes too far. In the final pages of the book he proposes to take his account of aesthetic evolution and use it to show that what the animals are doing, and have been doing, and what Mozart, Manet, van Gogh and Cézanne were doing, are all of a piece: art.

The basic problem with other attempts to biologize art by grounding it in natural selection is that they end up treating art, like the peacock's tail, as just another form of conspicuous consumption. And whatever else is true, Mozart, Manet and the rest are not bling, and even if part of why we like them is that there is social prestige attached to them, it's just wildly implausible that that is the basic source of their value.

But Prum's view, as we've already seen, is very different. As I have argued in a brief discussion of Prum in my book Strange Tools, according to Prum's view, beauty is the result of a co-evolutionary process: "Changes in mating preferences have transformed the tail and changes in the tail have transformed mating preferences." Prom extends this account to human art. According to Prum, the pleasures we take in art are directly and specifically bound up with art. Not because art generates a special sort of aesthetic feeling or sensation. But because our responses to art — the pleasures we take in it — are are bound up with art itself by processes of co-evolution. What we like shapes art and art, in turn, shapes and reshapes what we like. Art, like attractive ornament in the biological world, is the result of a co-evolutionary processes spanning evolutionary and cultural time scales. Art, as Prum puts it, is "a form of communication that co-evolves with its own evolution."

One of the strengths of this view is that it can do justice to radical change in aesthetic evaluation. The works of an artist — think Andy Warhol, for example — can become beautiful; for these works can contribute to the changing of the very criteria of evaluation by which we aesthetically assess this work itself. And Prum's account also does justice to fact that it is one thing to like something, and another to find it beautiful. Beauty — finding something aesthetically pleasing — isn't just a matter of liking it. For Prum can allow that our pleasures and preferences get refined through evolutionary recursion. Some pleasures — like the pleasures we might take in an elegant mathematical proof, for example, or in the work of the late Beethoven — are only available to those who stand on the scaffolding of past communication and agreements.

This is a very powerful proposal. It brings out the distinctively cognitive, that is to say, evaluative, character of the pleasures that art affords. We don't just respond to art, we judge it.

Now, I don't doubt for a minute that peahens take pleasure in what they see, when they see a handsome peacock. Indeed, the seeing itself gives them pleasure. And I have no objection to calling that pleasure aesthetic.

But is it really true that when we look at a work of art we enjoy pleasures of that kind? Not all art is "aesthetic" in this sense. And I don't just mean Warhol and Marcel Duchamp, or even Beethoven's late quartets. The experience of art is seldom tied, in the way the peahen's gaze is tied, to lust or desire for what you are looking at. I make take pleasure when I gaze upon a Poussin landscape, but it is a pleasure that depends, pretty obviously, on the fact that neither the painting, nor anyone or anything in it, is really there. Its importance to me only shows up through my detachment from it. And when Mozart's audiences delighted in the ways he foiled their expectations of how a piece of music was supposed to be organized, they were getting his joke, understand his thought, not just, as it were, languishing in pleasurable sounds.

But I also fear that Prum's theory, as a theory of art, ends up casting the net too wide: Every artifact or social activity or technology is constrained by what we like (evaluative response) even as it offers the opportunity for us to change and update those responses (co-evolution). But art is not merely a social activity or technology even if it masquerades as such. For art always disrupts business as normal and puts the fact that we find ourselves carrying out business as normal on display. Put bluntly: The value of art does not consist in a co-evolving fit or dialog between what we make and what like, but rather in the practice of investigating and questioning and challenging such processes.

I met Prum once, a few years before his book's publication. He heard me give a lecture and we sat next to each other discussing these questions at dinner afterwards. It was a delightful encounter. I fear, however, that he might have had me, or at least those like me, in mind when he writes:

"Some aesthetic philosophers, art historians, and artists may find the recognition of myriad new biotic art forms to be more of an annoyance, or even an outrage, than a contribution to their fields."

Maybe so. But, speaking for myself anyway, it would not be because I doubt the aesthetic richness of the natural world. Or because I see reason to deny the importance of the experience of pleasure and, indeed, of something like beauty, on the part of animals. Animals are truly, in Prum's sense, aesthetic agents.

The problem is not with Prum's insistence that we say "yes" to the aesthetic lives of animals — I applaud that. The problem is that, as I read him, Prum ends up saying "no" to art.

Read an excerpt of The Evolution of Beauty