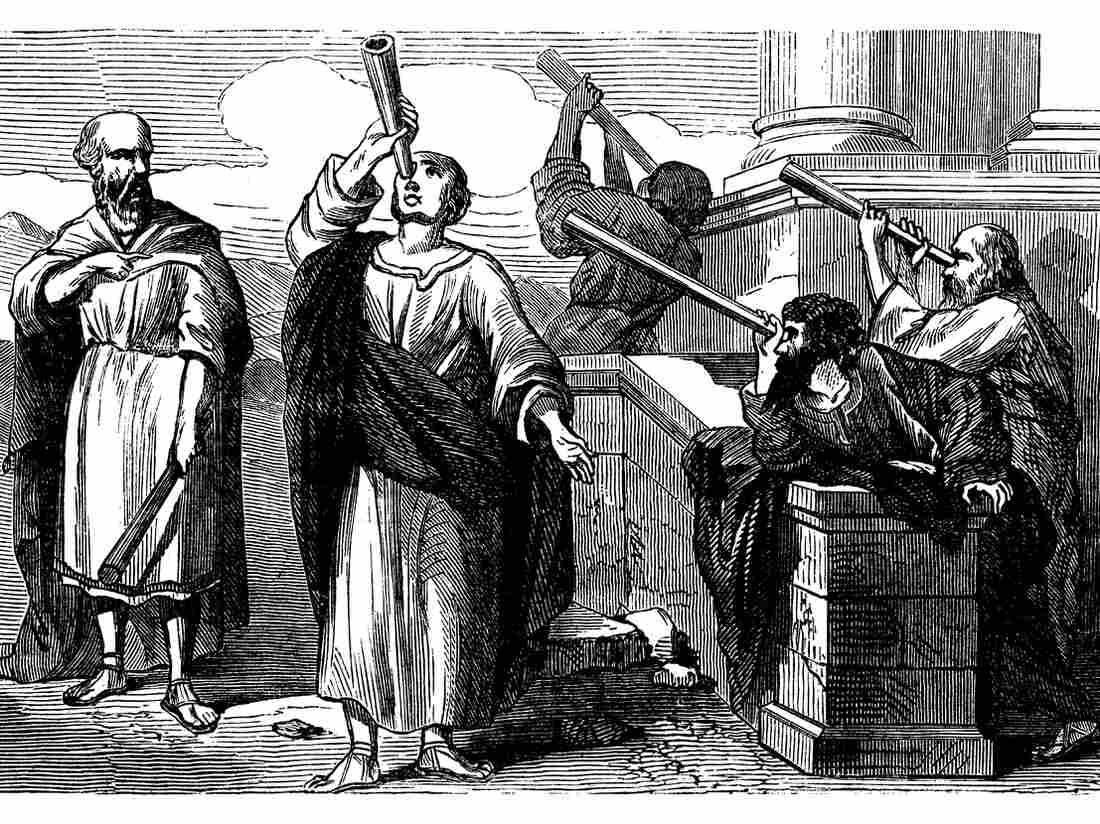 Just before joining other leaders at the G-20 summit, President Donald Trump gave a speech in Poland where he asked: "Does the West have the will to survive?"

Since then, a lot of ink (and electrons) has been spilled asking about the value, and values, of Western Civilization.

Far be it for me to pass judgment on entire civilizations — but as a whole I'm all in with the best parts of Western Civilization. That's because one of the "best parts" of this thing that happened in the West was this other thing we call science.

What we call science had its roots in the achievements of the Hellenistic Greeks. It began with Thales of Miletus who first attempted to apply reason as a means of understanding the world. Later, Greek thinkers would expand on this reason-based method to map the stars, reveal the laws of geometry and establish the first classification schemes for life.

It's important to note after the Greeks (and to some degree the Romans) the story of science's progress moves away from what historian Ian Morris calls the "Western Core" of civilization. Beginning with the fall of Rome, "The West" goes fairly dark with respect to science for almost 1,000 years. Progress shifts in an easterly direction.

The Muslim empires take the lead in astronomy. Look at a star chart, where you'll find a mess of Arab names like Algol, Deneb and Rigel. These cultures were also a force pushing mathematics forward. Look up the origins of the word "algebra." Meanwhile, over in India, mathematicians were doing their own important work including figuring out how to deal with "0" in calculations. And further to the east in China, the Tang and Song dynasties were piling up inventions and discoveries such as the compass, gunpowder, paper-making and printing.

So the story of science can never be seen as just the story of Western Civilization. But it was the West's particular version of genius that gave us science's all-important methodology and institutions.

It's from these that science as we know it emerges with all its insight, reach and power.

From Galileo, Francis Bacon, Sir Issac Newton and others we got the mix of direct experimentation and mathematical description that is the hallmark of modern science. Together, these approaches would let us hear nature speak for itself. In the Age of Reason and the Enlightenment, these practices became codified into norms of behavior for science's practitioners. Then, with the foundation of the Royal Society of London (1662), the Paris Académie Royale des Sciences (1666), and the Berlin Akademie der Wissenschaften (1700), a distinctly new kind of force was established in society.

As human institutions, each of these scientific academies had their deep imperfections. But, ultimately, each was dedicated to a way of knowing that would rise above prejudice, cronyism and the dictates of the powerful. Most importantly, this new way of knowing would be self-correcting. The Royal Society's motto says it all: Nullis in Verba. Take no one's word for it.

In other words, rely on evidence.

But just as the administration was asking about defending Western Civilization, it was being forced to defend its own decision to pull out of the Paris Climate Accord. At the root, this move was driven by the administration's continued denial of climate science's principle conclusion: that the Earth's climate system is shifting due to human activity. It simply does not take climate science seriously.

But if climate science is hoax then what do we make of the fact that all of Western Civilization's major scientific institutions affirm its overwhelming scientific evidence? The entire scientific community of the West (and everywhere else) is unanimous on climate change. How else could we have gotten something as difficult as the Paris Accords signed by practically every nation on Earth?

So what, then, does it mean to deny the conclusions of climate science or worse — call it a hoax?

So, I agree with the administration: We should defend Western Civilization's best achievements. Let us start with something obvious from which we all benefit. Let us defend science: the root of our prosperity, strength and well-being.