Accessibility links
Babies And Bankers' Hours: A Shift In U.S. Birth Patterns : 13.7: Cosmos And Culture We schedule our work and leisure dates, why not the birth dates of our babies? Anthropologist Barbara J. King looks at this trend in evolutionary perspective. 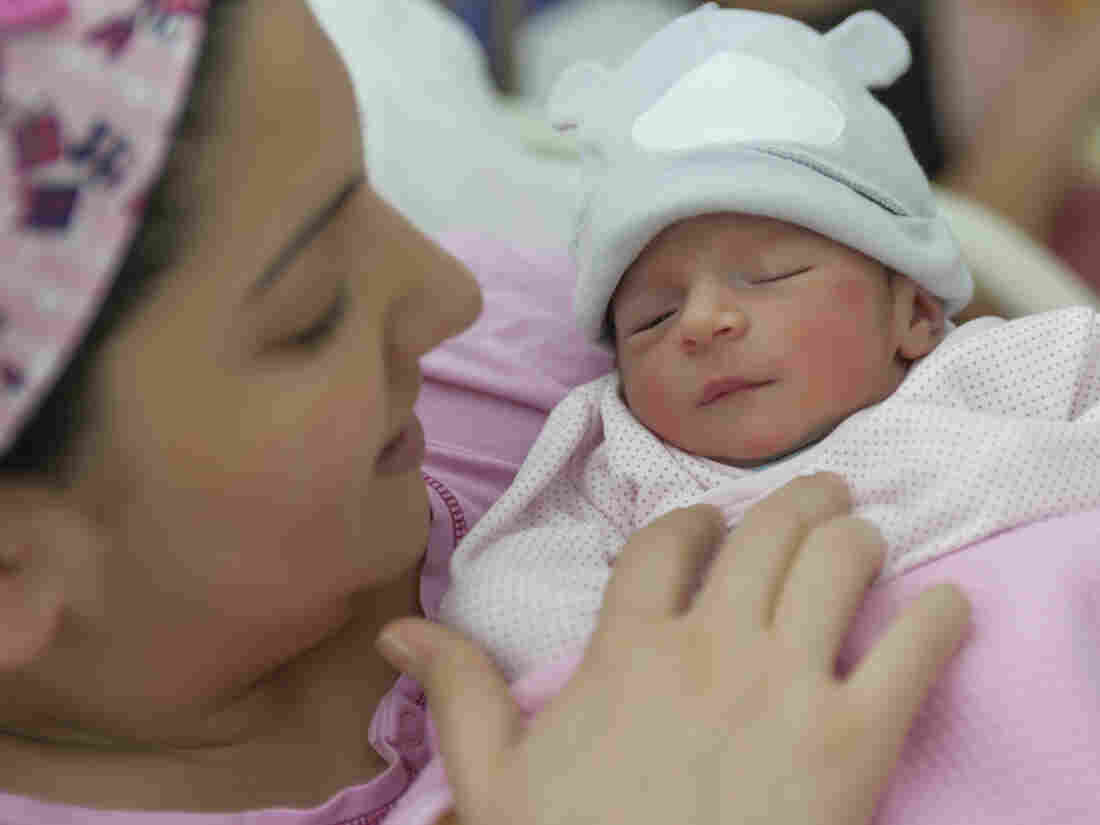 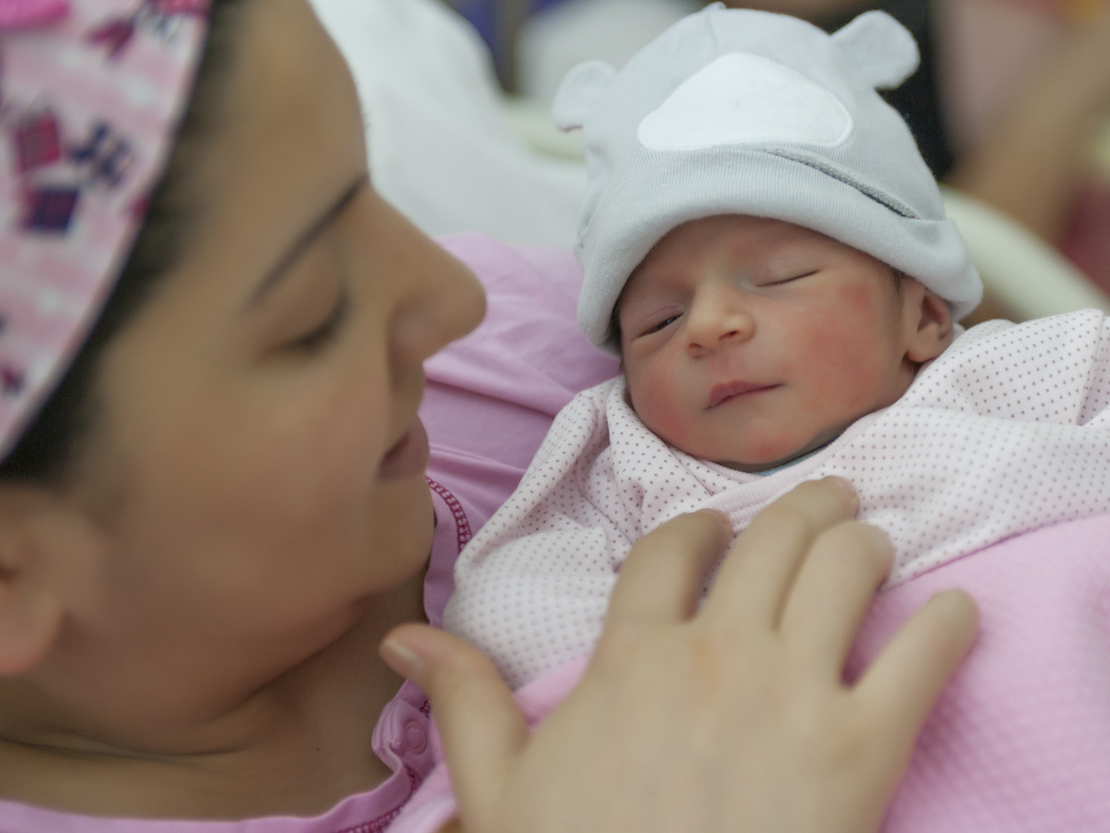 Babies are born at all hours around the clock. They show up when they're ready! I heard this folk wisdom all the time when I was pregnant with my daughter in 1993. As it turned out, Sarah was born (with just a little nudge from Pitocin, the synthetic version of the hormone oxytocin) at 6:41 on a Saturday evening.

Just two generations ago, most babies did come around the clock.

Now, though, most babies born in the U.S. arrive Monday through Friday between 8 a.m. and 6 p.m.

That's the take-home message of a beautiful little piece by Mark Fischetti and Zan Armstrong in the "Graphic Science" feature of the July issue of Scientific American. The conclusions are based on 2014 data from the Centers for Disease Control and Prevention.

"Many more mothers have pre-scheduled births than people think," Fischetti told me by phone. "Fifty percent of births in the U.S. in 2014 were either cesareans or induced births, the majority of which were scheduled ahead of time."

Of course, there's a continuum of intervention between babies coming entirely spontaneously and a birth that's scheduled during bankers' hours. My Pitocin nudge, which my obstetrician instituted after labor began naturally but then slowed, is an example of that.

But the increase in scheduling and, thus, in the average timing of a baby's arrival, is large — and an intriguing departure from our long evolutionary history as primates. Most monkeys and apes, with some interesting exceptions, give birth at night when the social group is all together, probably because the risk of predation is lowered.

Two years ago, The Washington Post published evidence to show that when babies are born at home — a rare occurrence in the U.S. at fewer than 2 percent of all births — they also tend to be born during night hours.

I consulted biological anthropologist Julienne Rutherford of the University of Illinois at Chicago to seek her insights regarding this daytime shift in U.S. in-hospital birth patterns. Via email, Rutherford had this to say:

"Shifting birth toward daylight hours may reflect a peculiar human trait, social birth. Due to the prolonged birth of large infants, human mothers, even outside of the medical context of this particular study, often rely on assistance from members of their family or community, a behavior described as obligate midwifery.

In comparison, most other mammalian mothers give birth alone without assistance, and most other primates show a nocturnal pattern of labor and birth. The unusual social aspect of human birth could be protective against the risks that would necessitate nocturnal birth."

Rutherford noted that we need infant survival data in order to properly think through any future evolutionary implications of this shift. Included on her wish list is a study that would measure variability of the head diameters of surviving infants. In this regard, she brought up a fascinating point:

"Increasing fetal head circumferences are associated with increasing risk of maternal and fetal distress as well as vacuum extraction and C-section. So we may very well be seeing the start of relaxed selection for a narrow range of viable head sizes, since disproportion between mother's pelvis and infant's head is less and less of a potential problem."

In other words, natural selection might be relaxed in populations where infants' heads don't necessarily travel through the mother's birth canal, and so aren't constrained by the diameter of those passageways. In turn, this could result in a tendency for larger-headed babies. Yet, it doesn't follow that this would mean smarter babies — Rutherford made no such claim. In fact, she told me that there might not be a "biologically significant" increase in brain size at all, since gestation length of the babies is unaffected.

The days of Saturday's child (a nod here to my childhood favorite group of two generations ago, The Monkees) are dwindling.

An earlier version of this blog post indicated that U.S. births were on the rise. While they did rise in 2014 from 2013, they dipped again in 2015 and 2016, according to preliminary CDC data.