Accessibility links
Why Boredom Is An Animal Welfare Issue : 13.7: Cosmos And Culture Being miserably bored is no fun. It's a feeling animals can develop, too, including in zoos, labs and our own homes, says anthropologist Barbara J. King. 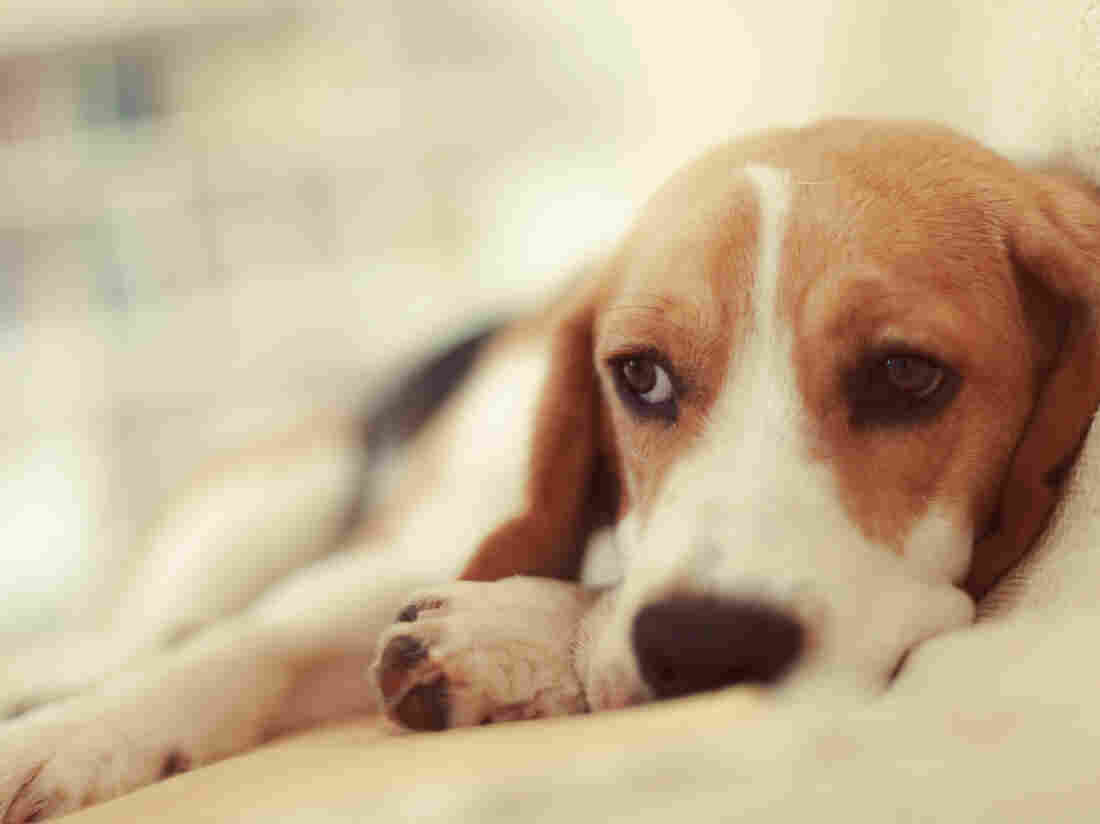 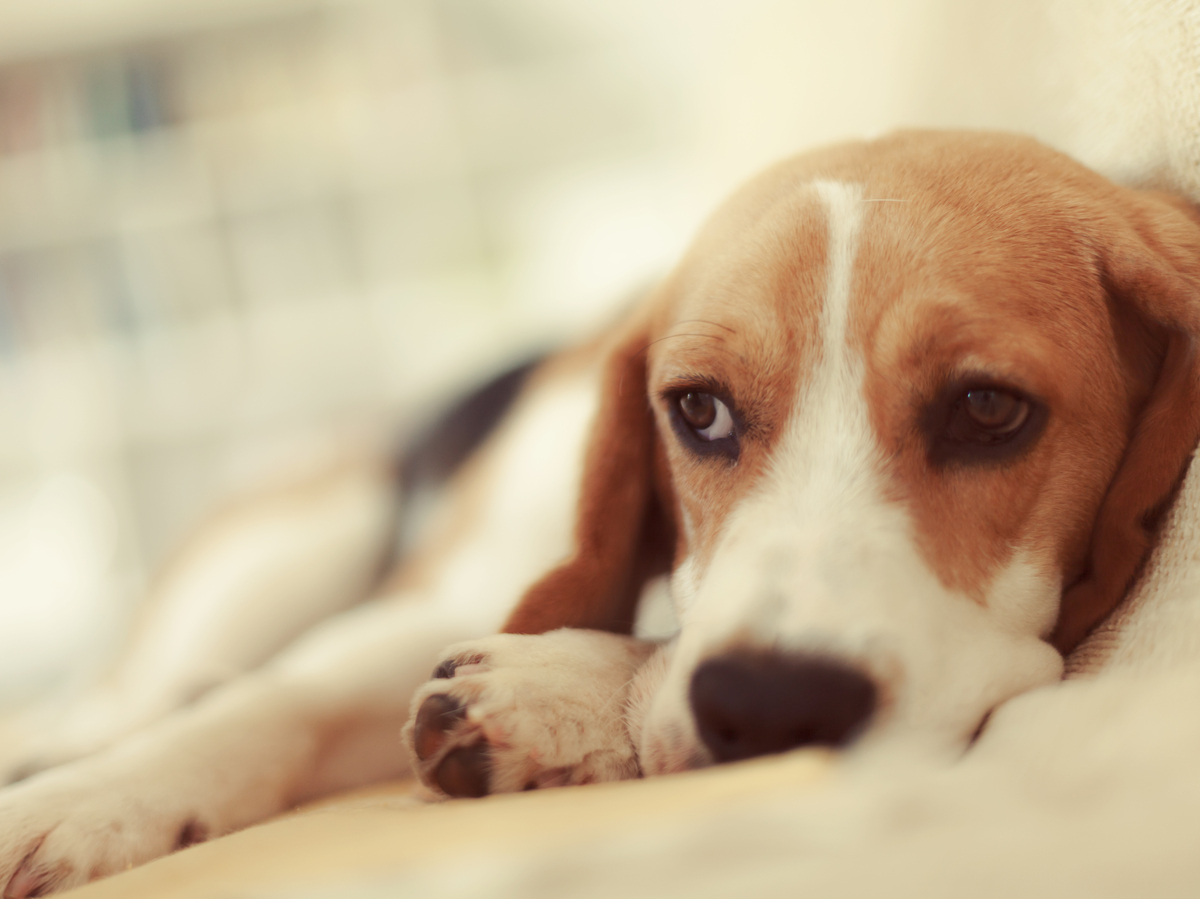 Think about the last time you were bored — seriously and persistently bored.

Maybe you had to carry out some mind-numbing repetitive task for hours on end, or maybe you were just trapped at the airport or train station, waiting out a lengthy delay without a good conversational partner, book, or movie. You look at a clock and it seems to move at a surreal, glacial pace.

Charlotte C. Burn, a biologist at The Royal Veterinary College of the University of London, captures that feeling in her definition of boredom:

"Boredom is an unpleasant emotion including suboptimal arousal levels and a thwarted motivation to experience almost anything different or more arousing than the behaviors and sensations currently possible. It arises when we perceive that there is 'nothing to do' or are 'tired of doing the same thing', and is accompanied by a sense of time dragging."

This definition comes from Burn's essay in the August issue of Animal Behaviour, where she explains that far from being a uniquely human emotion, boredom is felt by many animals ranging from farmed pigs to companion dogs that may be left alone at home for long periods.

"Chronic boredom is distressing and damaging in humans yet barely studied in animals," Burn notes. In her essay, she explores ways to measure boredom — a key first step to ameliorating it — in different animal species.

In an email to me, Burn describes how her own observations helped her start to develop this argument:

"I was personally struck by it when I did some work with lab rats at the same time as having pet rats and observing wild rats near my home. The huge contrast in stimulation, cognitive requirement and behavioral possibilities between them was impossible to ignore.

Even though my lab rats had as much enrichment as I could fit in their cage, they just had almost nothing to do, every day was the same, they had no 'life story' and nothing to learn or decide about."

Animals, of course, can't tell us in words about their inner states. One thing I especially like about Burn's perspective is her way of distinguishing between animal boredom, on the one hand, and apathy or depression on the other. "Boredom occurs when arousal inputs are low, but arousal motivation is high," she writes in Animal Behaviour. Bored animals seek out ways to become unbored, whereas animals who are depressed often can't summon the will to seek out alternatives.

To some degree and in some situations, boredom may be adaptive. Boredom might motivate young animals to seek out stimulation that helps them learn about their world.

It might, too, "spark creativity and innovation in animals," a statement that reminded me of reading about the fantastically creative orangutan Wattana, who tied knots and created weavings through the use of strings, laces, satin ribbons, rubber bands, wool and other materials at the Ménagerie of the Jardin des Plantes in Paris.

It may not, then, be the species thought to be more intelligent that we should worry about most when it comes to boredom. Burns says:

"More intelligent species may be able to come up with 'creative' solutions to their relatively limited environments, such as the playfulness and tool use we sometimes see only in captivity. Also, perhaps almost any animal can get bored if it has nothing relevant to do and all its other needs are fulfilled. I'm thinking here of, say, grazing animals who are fed concentrated food — they'd be happy grazing all day, but now they are not hungry, what else can they fill their time with?"

If animals — no matter their smartness quotient — are forced to endure boredom for a long time, seriously negative consequences may accrue. Marymount University psychologist Stacy Lopresti-Goodman, who has carried out research on trauma in chimpanzees rescued from biomedical laboratories, put it this way, via email:

"Boredom in captivity can absolutely lead to depression. Many animals in captivity engage in abnormal, repetitive behaviors, like pacing and self-biting, in an attempt to self-stimulate in the absence of social, cognitive, or environmental stimulation.

These behaviors are seen in a variety of species, including primates, elephants, dogs, and large cats, in different captive environments, suggesting they are generalized coping mechanisms for stress and boredom."

When environments are extremely restrictive, even sterile, as in some laboratories, Lopresti-Goodman says, the harm may be the greatest. Animals may pull their own hair or bang their heads against their cages: "In nonhuman primates, for example," she says, "these behaviors have been equated with symptoms of psychopathology, including generalized anxiety, and obsessive-compulsive disorders."

Burn's comment that environmental enrichment for her lab rats just wasn't enough is significant. For some animals in some captive contexts, it's extremely challenging, if at all possible, to give them mental stimulation even remotely approaching what they would experience if allowed their freedom. As the work of Canadian photographer and activist Jo-Anne McArthur powerfully conveys, I think, the notion that enrichment for zoo animals is either ubiquitous or adequate is naïve.

We need to look inward, too — at our own homes. "As for the pets we live with," Burn says, "this is all a reminder that even if animals are healthy and loved, they can still suffer — and perhaps REALLY suffer — from sameness and lack of stimulation." Taking measures to combat boredom in our animal companions may range from giving them extra time, attention and toys to offering them food puzzles on a regular basis.

As Burn writes in Animal Behaviour, boredom "is potentially a severe and highly prevalent animal welfare issue neglected too long."